First blackberry picking of the season.Made into blackberry cup cakes and very yummy they were too. 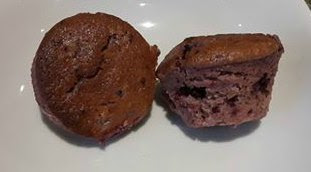 A nice wee win came into the house. 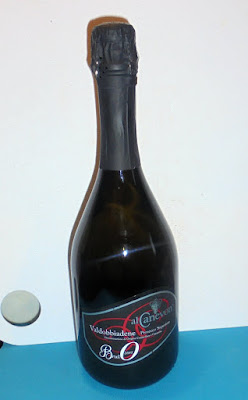 Went back to see Teddy, our new dog to be. Then took a divert to Bothwell on the way home to see some of the scarecrows for the scarecrow fest that they have every year.Here is hubby showing two of them the picture he took of them. 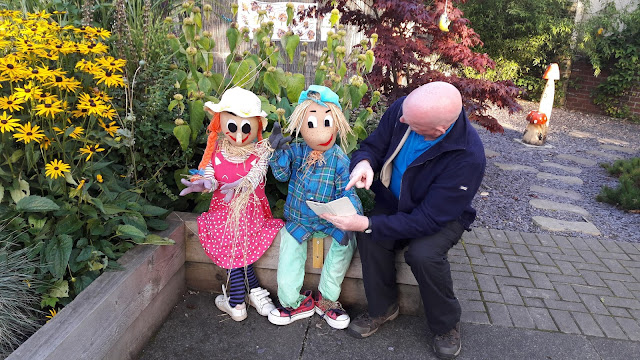 Bob had a hospital appointment at the new children's hospital in Glasgow. DD1's mini bus does not get in the multi storey car park. So I volunteered to take them save her the hassle of parking in a nearby shopping mall and having to find connecting public transport. The hospital is amazing. So much to play with and walls full of interactive pastimes. I reckon you could take your kids for a day out there even if you don't have an appointment and they could spend the day having so much fun. Think science centre.
I did not take photos inside as too many children in there. 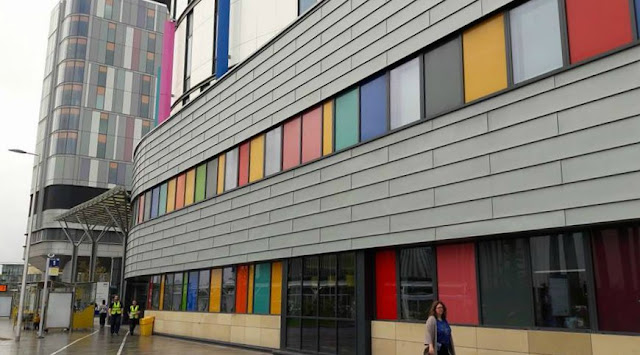 Back to see Teddy. We now have a date to bring him home, Saturday 9th September.  Meet Teddy. He does have marking on the other side and most of the time his tail is curly. 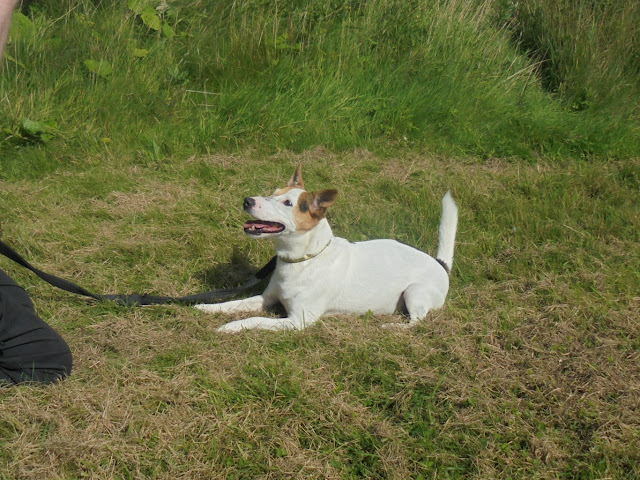 Have come north for a few days. Up at Oban at DD2's. Thought we would have a few days away before we get Teddy. Stopped off at a few places but not as many as we had hoped for but we had a meeting we had to attend at half one so did not get on the road until nearer 3, so decided we will go back the way we came up, a different way than usual and do the geocaching on the way back instead. We wil make an earlier start back.

Did stop and loved the decoration inside these toilets.The flower patterns also covered the inside and outside of the doors.

Drove for miles behind a car that wandered all over the road, in the grass verge, hit the kerb more than once. across the white line. Drove as slow as about 10 mph in some parts and up to 40 in others. Ended up phoning the police to stop him before he caused an accident. We were actually in Oban before they found him. 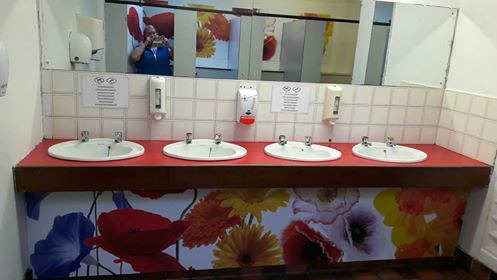 Our main reason for coming north was for hubby to rebuild the log store. So as SIL2 is away for the weekend D2 is helping him, So Ziggy and I went for a wander round the shops, into the park and then back via McCaigs Tower. Not much in the park she could play with as they are still building the park designed for the under 5's so we went and played with the mirrors and the wooden animal carvings in a sensory park.

This mirror made up look like we were upside down. 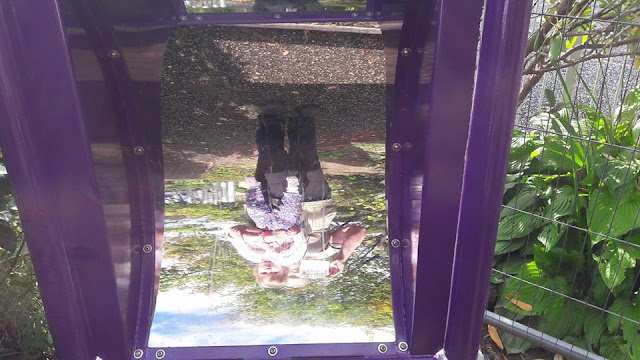