My task this weekend is chief babysitter. Sadly as Ziggy does not see us very often she does not really know us so every time she heard her mum's voice she would start crying. So as it was pouring with rain we took a stroll to Wetherspoon's and shared a breakfast, well lunch really. 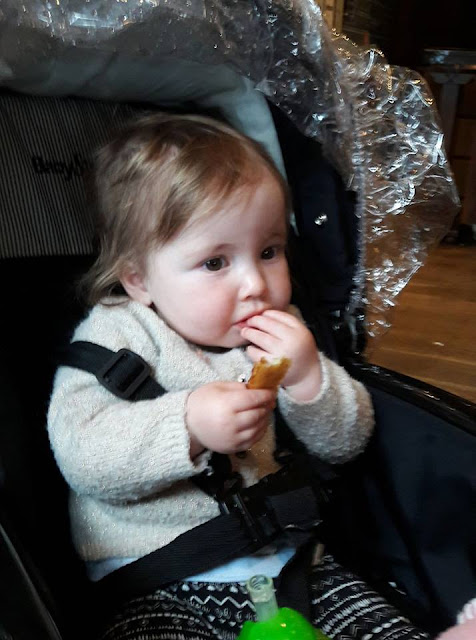 Another wet day so DD2 and I went for a walk for some shopping and then in the afternoon when it dried up she went out with hubby did some more bits and pieces in the garden. Ziggy was not for settling and when I tried to put her up for a sleep she just screamed. So rather than leave her screaming I brought her down and snuggled her in on my knee and she calmed down and fell asleep.
SIL2 got a phone call from his sister to go as the Macmillan Nurses thought it was best.
Took her put the front and we played with the stones and a bucket. 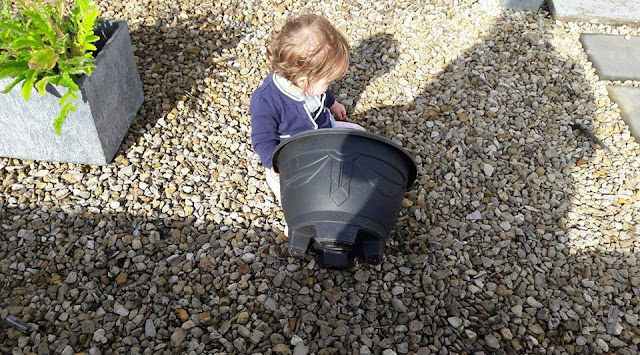 DD2 was following SIL2 down to be with his parents His dad passed away this afternoon.
As it was dry in the afternoon we decided to play at tourist and went to Bonawe Iron Foundry and then onto Glen Nant Nature reserve and did the 2.5 mile walk what had a waterfall as one of its highlights. Have to say we did not find the waterfall but did get some lovely views of Ben Cruachan. 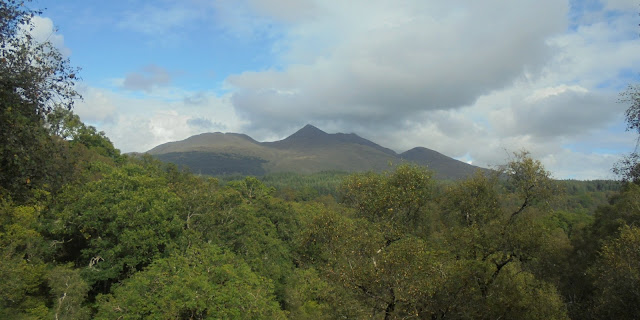 Home for us today. Had planned on doing the tour of The Cruachan Power Station. Have passed it many times but usually have a dog in tow, but as we didn't we thought we would take the opportunity. Unfortunately the tours were fully booked for the next two hours and we could not be bothered waiting.
So we headed off at stopped at St Conan's Kirk instead, another place we have often thought to stop but so far have not done. I love churches and this one looked a few hundred years old despite being built it 1930.

Has a wee tea room attached to it and hubby had a hot chocolate with waffle and cream. All they had I could get was a bottle of water but she did give me permission to go  and get food of my own from the car. 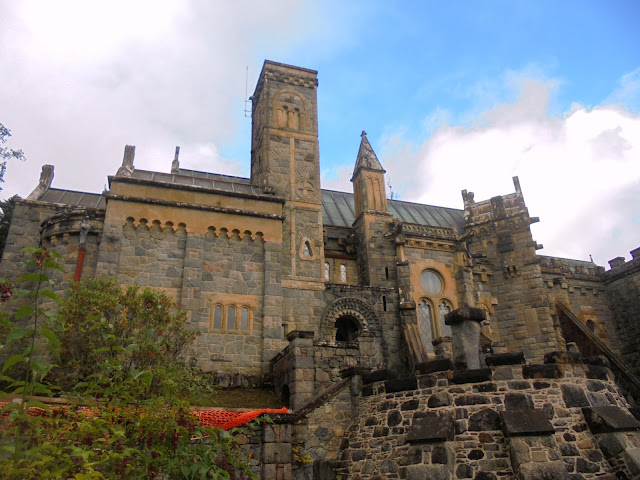 A dental appointment, I need a filling replaced and one of my front teeth has a chip that needs sorting. I bought some new wool to make a crochet blanket for a charity auction. Once the blanket is finished and on the online auction site I will give you a link if you want to put in a bid. 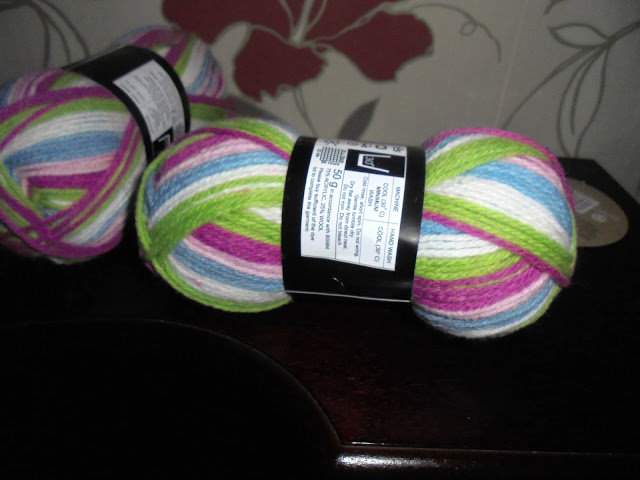 When we had driven home on Wednesday we stopped at Tarbet to buy a bottle of dandelion and burdock. The kiosk has stopped selling it so I could not get it. So DD3 bought me a dozen bottles and got them delivered from Amazon, such a nice surprise. 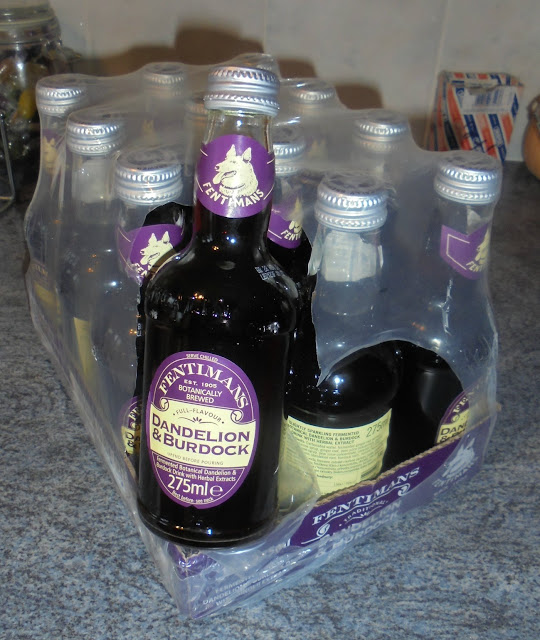 We got Teddy home today. We were suppose to pick him up at 1pm. So we had spotted a geocaching event local to the dog trust place and so decided to go and join in.

When we went for him we were told the behaviourist had actually been sent out with him. So we drove home to meet them.

So far as expected he is totally hyper, been here for about 7 hrs and don't think he has shut his eyes for more than ten seconds. This I am sure will settle once his stress levels settle. He does not seem to mind the lawn mower or the hoover and is happy to be brushed.  He sat very nicely with no scrounging when we ate our tea, and he loves to play with the teddies we bought him but did not take long in getting the stuffing out of them. He is a bit aggressive with the two dogs either side, which surprises us since he has been in a kennel with dogs either side and walked well enough when we had him on walks up there. Here is all strange to him so we are putting  his lead on when he goes out so we can get hold of him easier if he starts. He will soon learn the connection between him growling and being brought in.
Oh and he farts....a lot.... 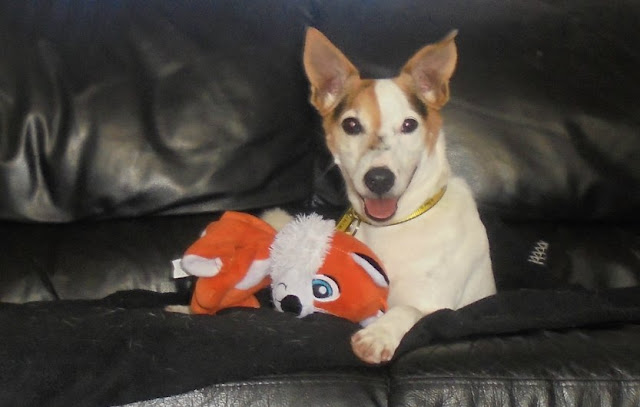