the squares are sewn together, just need a border now, oh and all the ends sewn in.....there are rather a lot on the back. My plan had been to turn them diamond ways and have the half triangle gaps round the tops and sides, but the brain not kick in and for the life of me I could not work it out. 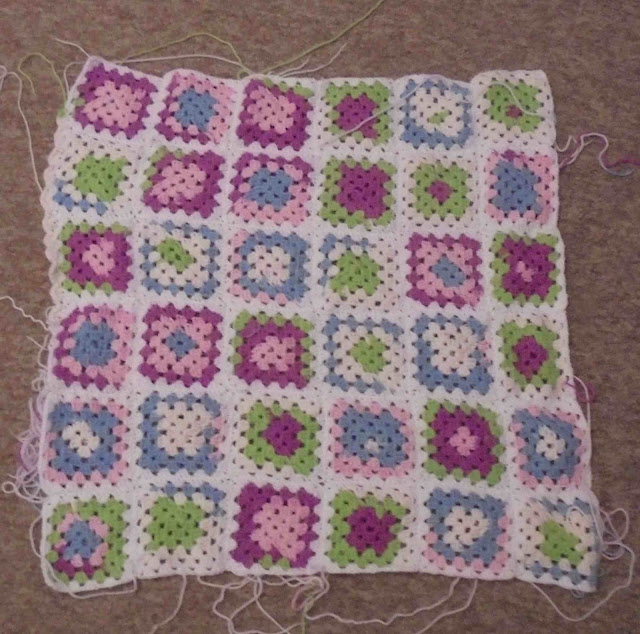 Hubby started dismantling an old hut that has been in the garden since the house was bought. the roof on it has collapsed and the walls are beginning to rot so not serving a purpose anymore. Dropped off bits of it at the dump whilst Bob was at gymnastics. 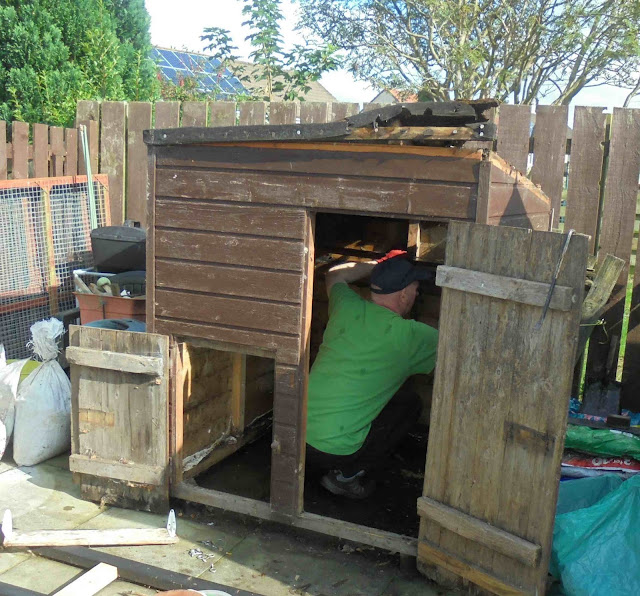 a few more runs to the dump as a lot of the contents of the shed were rotten with the water having been getting in for so long. As it was a nice evening we bought a bag of chips and a bottle of juice and went for a walk along the beach.  Walked away from the chip shop leaving the juice on the counter. Went back for it on the way back out of the town. The walk was very pleasant. Have to wonder why horse owners are not expected to poop scoop? 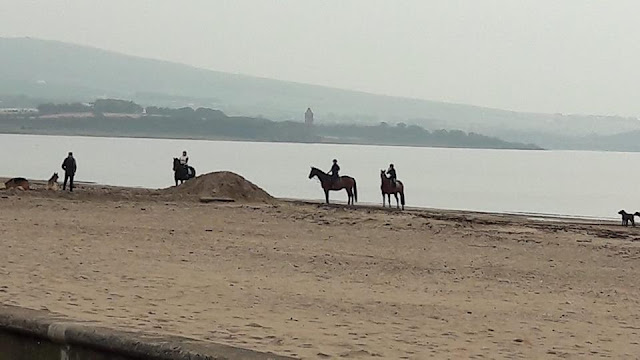 Back to Glasgow hospital with Bob. A 9am appointment.....yawn....left here at 7.15 am, got there about 20 past 8 but had we not left till 8 would not have got there until nearer 10 with all the traffic leaving Ayrshire to go to Glasgow. They are quite good though take you in the order you turn up in rather than appointment order.
He was suppose to be getting started on a new medication which needed blood tests before hand as his kidneys need monitoring. But he freaked and would not let them take blood, so have delayed the new medication until he goes back the end of November.
Here is Bob with Clyde, one of the many mascots from the Glasgow games that were scattered all round Glasgow, this one was given to the hospital. Really annoyed, third time this week when we have turned the television on. Wants to reset and then update the software, takes over an hour every time. Got BT on live chat and she said the box is faulty. Suggested sending a new one, will see if I can get it for you for free she says .........hhhhmmmm says I only got three months of my contract left so cheaper to scrap BT and go with somebody else than pay for a new box.....so guess who is getting a free box....and free delivery. New box due Monday, sadly again will loose all our stored programs. 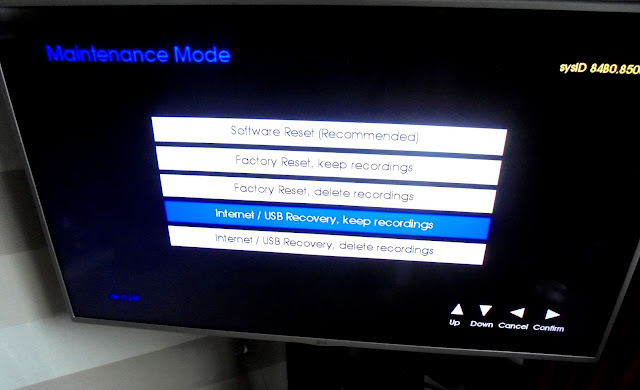 Vouchers that we have been saving up for a few months. Went and spent some of them tonight.Looks a lot here but 60 of them are £1 ones. Usually use them to fund Christmas, will worry about Christmas in a few months. 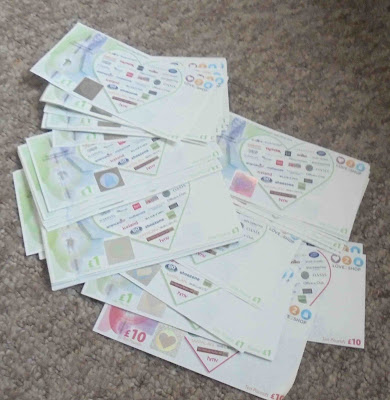 Spotted this in the supermarket and decided to give it a try. Very nice in fridge porridge and a smoothie. 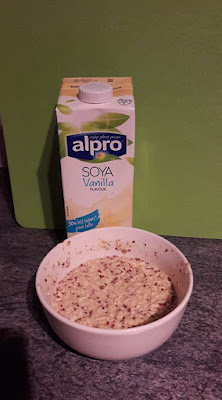