Well poor Teddy did not last long. By bedtime I had a rash all over my arms and over night had to take some oral steroids as he was also affecting my breathing. So sadly I had to phone them up and take Teddy back. No idea why I reacted to him as I had been fine with Lilly. Feel bad about it as we so badly want a dog. 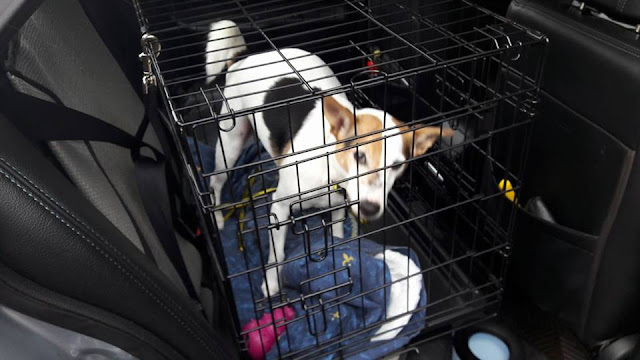 Was the funeral today of my SIL2's dad. Obviously all his family had to be there and Ziggy was much to young to go to the service and the cremation. So I drove through to look after her. She was tired when I got there so I snuggled her to sleep, a special Grandma snuggle as she won't sleep in her Mum's arm and I woke her up an hour and a half later to feed her, change her and take her up for the Reception. I managed to get some crocheting done while she was sleeping.
Home to pick up Bob and take him to gymnastics. We have had a wee visitor to the garden lately. 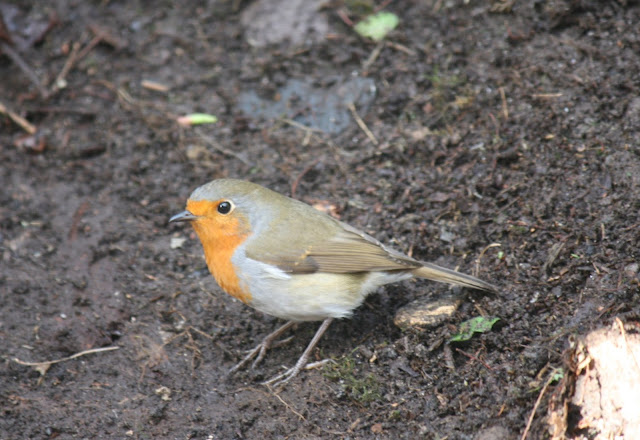 Had a quiet day at home doing some sewing. Was making a scrap quilt for an auction for a charity next month. Guess the brain was not working quite right as I managed to sew it all totally backwards. So it is now not a scrap quilt but just a normal quilt that needs a back. Still looks very pretty despite that. First sewing I have done in weeks as been too busy and too stressed to do any. 
Been sitting randomly crocheting the squares for a blanket I am making for the charity crafting auction next month. Nice small squares so only take about 25 mins each. Have thought about joining them in diamonds but not sure how to make the half triangles I would need for round the edge. Will look into it before I start sewing them together. 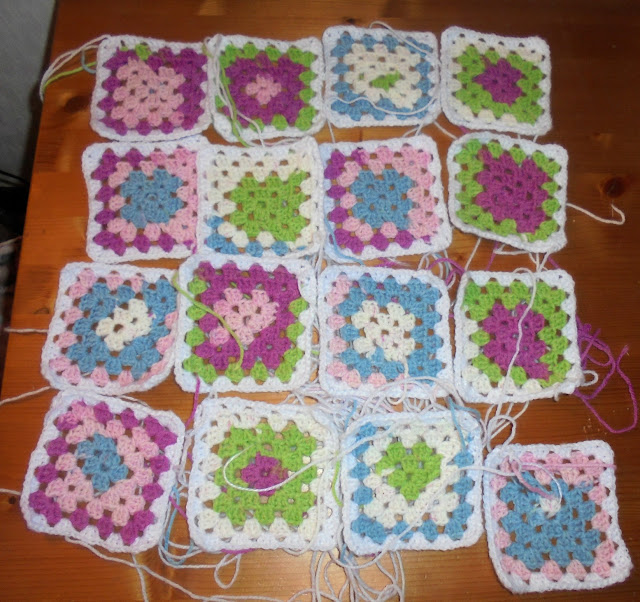 I have been approached by a journalist to do a magazine article as I filled in a survey on gransnet a while ago about grandchildren's names. She wanted some pictures of us all together so DD1 came in on her way back from Kilmarnock and I walked down and  brought the three wee ones up as the older two opted not to be in the pictures. I took a few other pictures of them playing but really liked this one of Dinky. 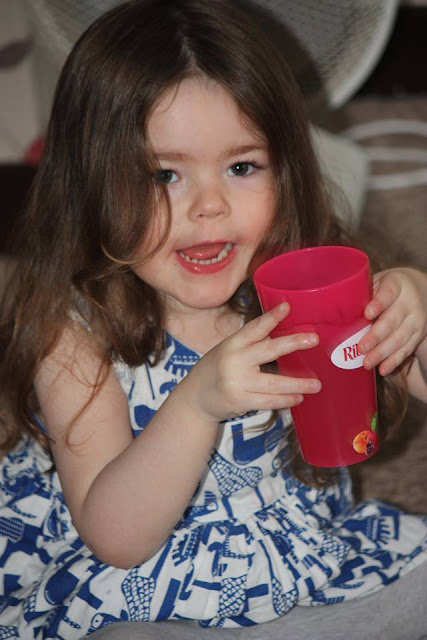 We bought this the other week. Spotted it in the PDSA shop. Rather ironic after last week, but maybe one day. Might need to find a hairless dog.... 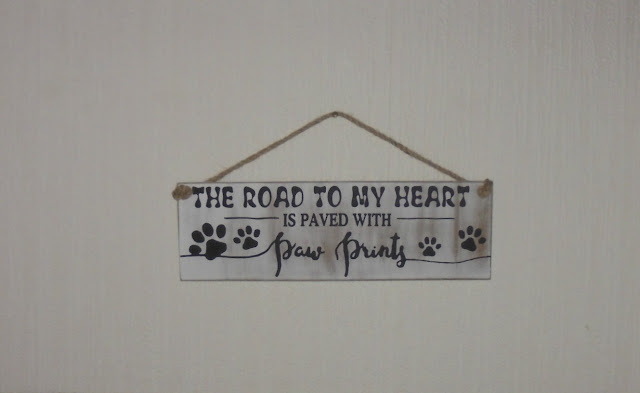