A nice relaxing days holiday. Finished watching the series of Timeless on Netflix. A watchable enough series but not sure they could run with a second one. A Quantum Leap idea where the characters jumped back into history. Finished crocheting the blanket, sewed all the ends in and did the edging, so a successful weekend off. 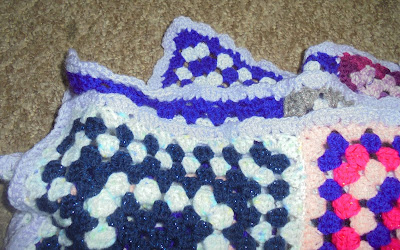 
Paying it forward with two competitions win that I am not going to use. One for a friend and one sent to a fellow comper on Loquax. Had entered hoping to go but could not spare the time. 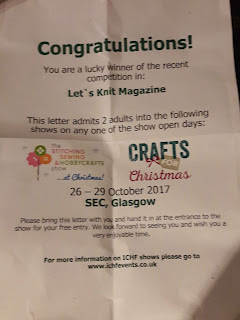 The complex I do holiday relief cleaning in was having a fund raising coffee morning for The Stroke Association, so I went along to show my support. Bought some raffle tickets and some home baking. Managed to win four raffle prizes out of the twelve tickets I bought.

Pay day. Went to Irvine for a rake round the shops, bought nothing before going and doing a food shop. Making use of the first of  this months vouchers. Could not work out in befunky how to add a black box over my number, so you got wee birds instead. 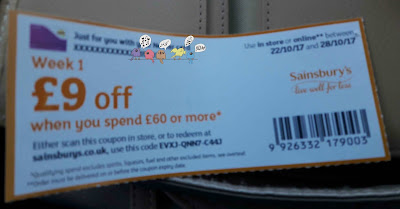 A night out with a few of the girls for work. The nutter in the photo is leaving our shift and going to Monday to Friday.  Four off us for the Chinese and then met up with three more to go onto the pub. I like small groups like these girls,  just a down to earth bunch that you can let your hair down and have a laugh with. The only thing that let the night down was waiting half an hour to get an order taken, and no they were not overly busy, and the another half hour for the starter to turn up. Was very nice once we got it. 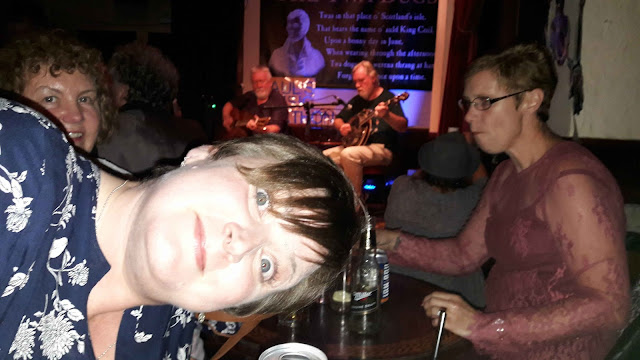 A walk along down to the fishery and back up with the three wee ones. Just over a two mile walk down round and back up. Took us about two hours as we stopped for a picnic on the bench while we were there, it was to encourage them to go and break the walk up half way. Spud was out of the pram and walked/ran all the way round the ponds. Far to busy a road for her to walk along and me safely watch three of them.
We spotted chickens and cockerels, we all tried out best cock-a-doodle-doo in response to them. Saw lots of ducks and sung five little ducks, saw swans and then a whole pondful of geese took off in unison and flew over our heads. Again we had to honk honk like the geese as they flew.
Made sure they kept out of the puddle as it is too cold to be getting wet now. Minky had a stick and was dipping the end into mud and then stirring the mud into puddles as we passed. Finally a kick through some leaves on the way back home. 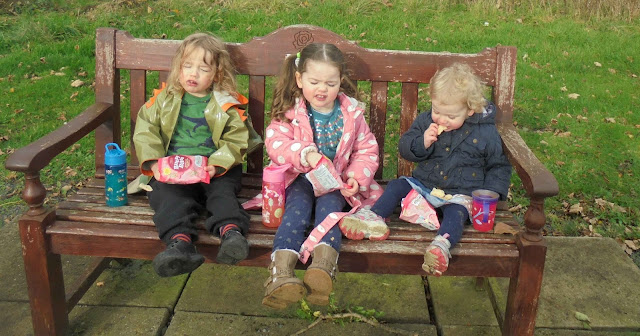 Our council have no decided that us in the rural outlying places are now going to have to use food bins. The main towns have had them for a few years. All to do with sending less to landfill. They could sent tons less in a year if they uplifted and incinerated disposable nappies as well. 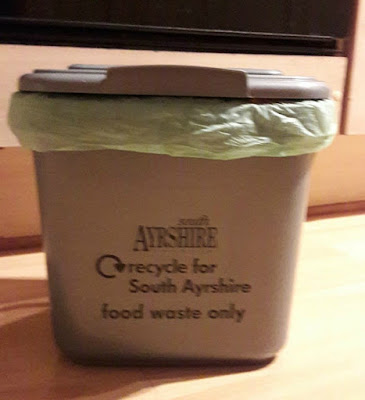