One day late this week as have been  feeling rather yucky for the last half of the week. Normally do this post as I go along during the week but did not this week as had no notion for doing it with feeling yeuch. Hubby has been left to do quite a bit of the dog walking by himself.

Sat in the car in the wind and the rain in my break at work and did some colouring and watched an episode of Criminal Minds. 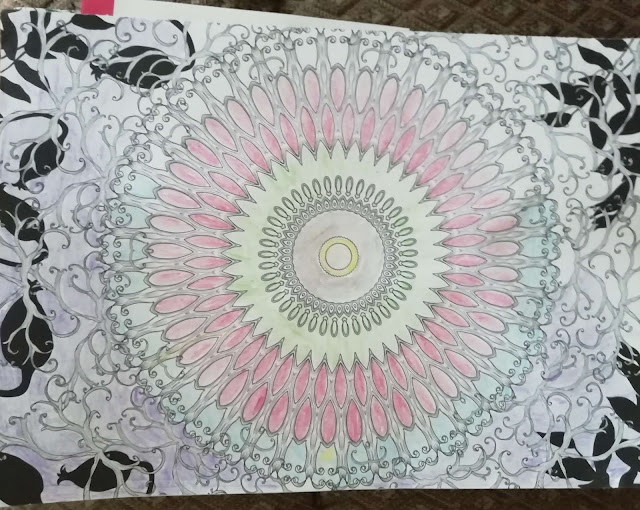 Nipped into Iceland for a few bits and pieces and spotted these, so popped them in the basket. Hubby nabbed all the dotty sweets off of them!!! The third wet day in a row but dried up enough to get the dog round the fishery. 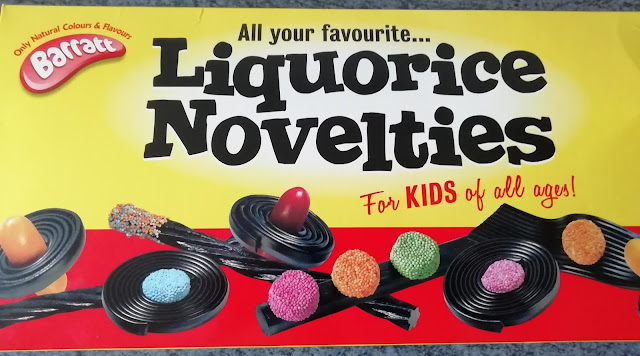 Had the start of the cold, as usually with me starts with laryngitis so I bought some Strepsils hoping to stop it going any further. A walk round Auchincruive, the sky was blue and it was lovely. 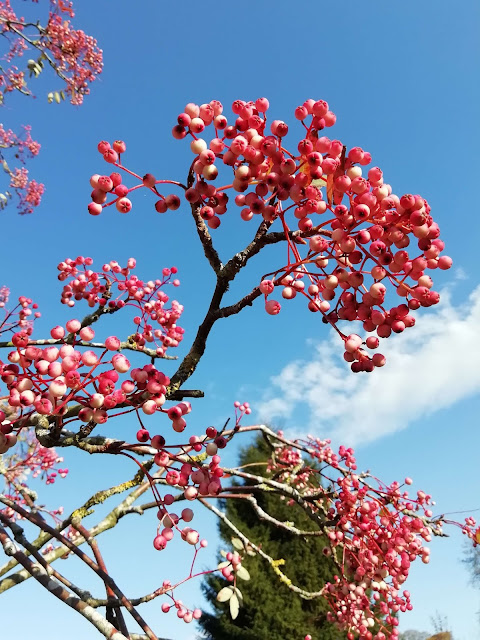 Made an apple pie with some of the apples we picked at the end of last week. 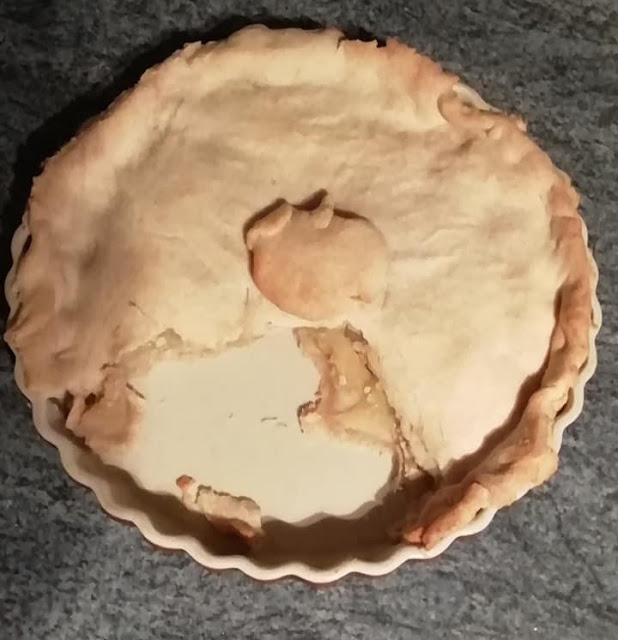 Bob was away to the local hospital for a short stay for some routine  (to him) tests. So I was baby sitting Spud. She is a delight on her own. We played catch with balloons, she played with the duplo and when it stopped raining we went away to the park for a short while. She played on just about everything for approx 20 seconds at a time and then we gathered a pile of conkers we saw. Got her to go home on the pretext of showing them to mum.
Sadly they had not told daughter to stop one of Bob's medications( a medication very few children take)  and so the tests could not go ahead. They are going to adjust the letter they send out and rebook him for another week. . 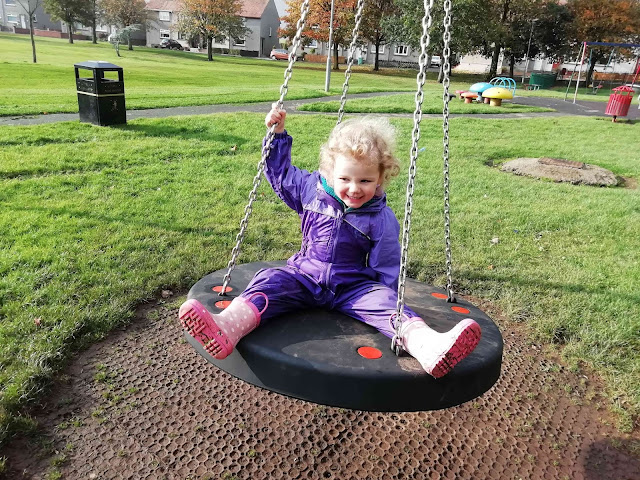 Bob's gymnastics day. I could not have driven safely the way I was feeling so I sat with the three wee ones  (and bunged them in front of the tv) while DD1 dropped him off. First time I was out all day.
DD2 down from Oban so arrived about 8pm. She was not sure she would make it as the only two roads south were both closed at the start of the week and one of them still is.But she had bought tickets for Chitty Chitty Bang Bang in Glasgow for Bob's birthday earlier in the year so she really needed to come down.

Had spotted these bargains in the clearance freezer the other day.Bought DD1 a pile for her freezer as well. I got £38 worth of food for £5 for us and about the same for daughter. Not that I would have bought any of them at full price. 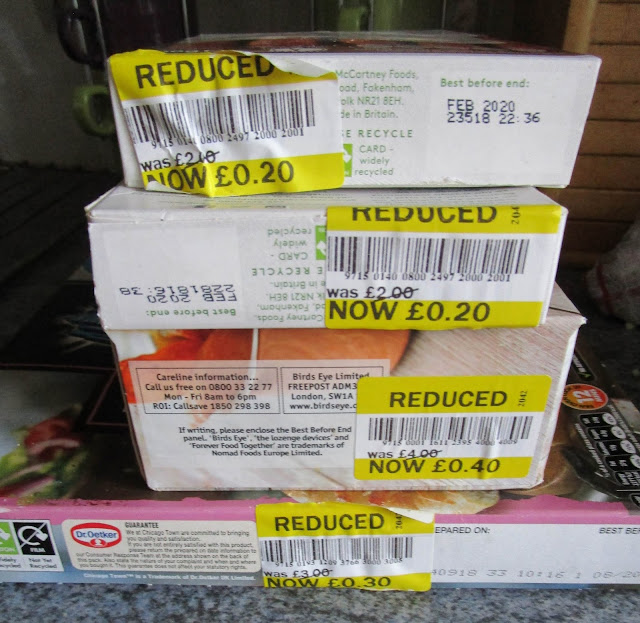 Not impressed with the fitness tracker I bought, have left a one star review and sending it back.

Not feeling well enough to go to work so spent most of the day in my bed feeling sorry for myself and being very unsociable. Ziggy had been popping in and out while her mum was getting dressed. 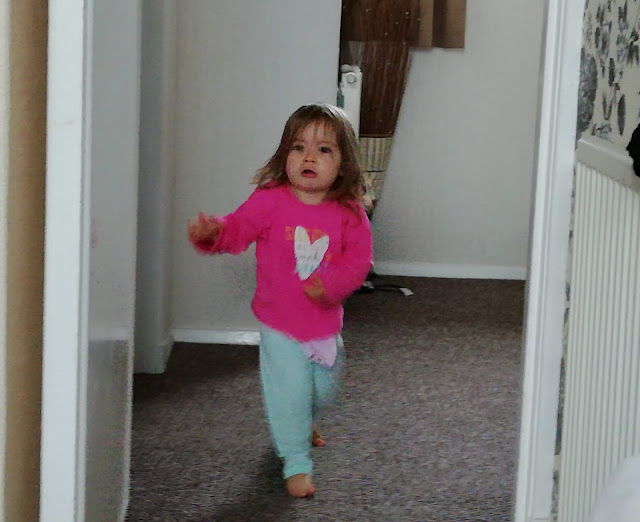