Gosh only ten weeks to go until another year is completed, that will be my seventh full year done. Hard to believe where the time goes.

Hubby seems to be a few days behind me with this cold, so he is feeling pretty rotten as well. SIL2 does not seem to be fairing much better. DD2, SIL2 and Ziggy went off to the car boot in Ayr and a walk on the beach with their dog. They dropped dog off and then headed to DD1's to spend some family time together.
I was preparing the tea when I managed to cut my thumb instead of the vegetables. Had gone to screw the lid back onto a bottle of sparkling water earlier and missed the cupboard entirely and dropped the lid less bottle on the floor. Was not much of the 2l left time I grabbed it and picked it back up. Why is it when you feel so crappy you do stupid things like this? 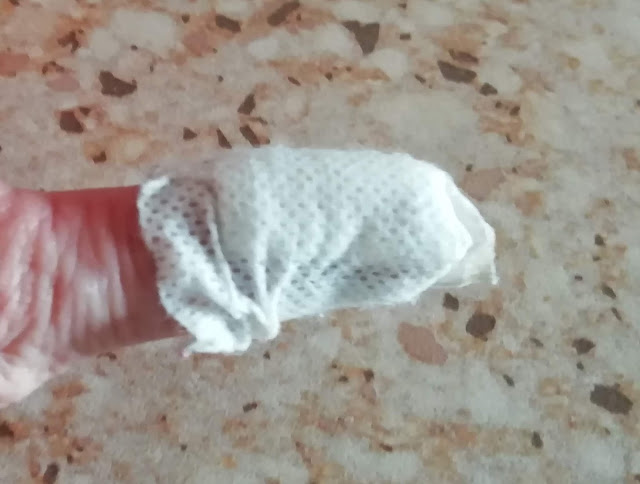 The visitors are heading east to SIL2's family for a few days. Hubby amused Ziggy while mum packed and dad had a shower etc.  Dixie got a slow stroll round the fishery. Not been out for a few days so it was quite nice to make the effort. 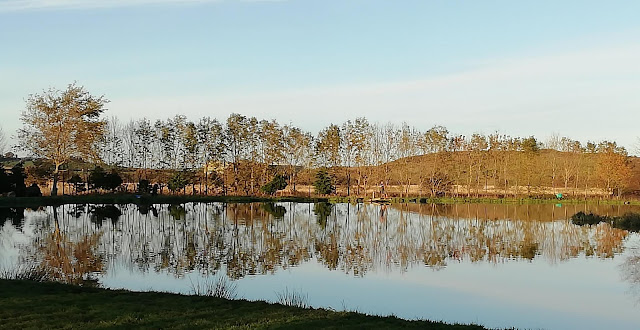 A wander down to DD1's to watch the kids while her and Fifi did a dump run. DD1 had bought some new storage units and had smashed up the old ones rather than take the time to dismantle them. Was not enough room in the mini bus for all the kids and the rubbish.

Minky had been using the chalks earlier on and uses his hands to clean the blackboard and then rubs them on his face He looked like he was practising for Halloween. 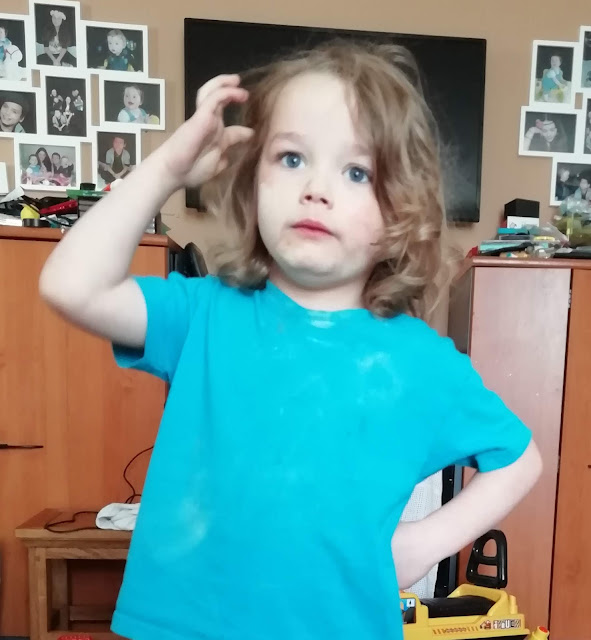 First proper walk poor Dixie has had in nearly a week. Needed some shopping before the visitors reappear tomorrow. So we headed to Irvine where the dog just loved to run and run, so much space and freedom.
She is like a new dog from the one we rehomed nine months ago. Readily accepts visitors now. before she would bark when she heard their footsteps upstairs, or when they came down, or walked into the room etc etc, not to mention barking every time Ziggy cried. All this has stopped and she justs accepts it as the norm now. Such a lovely sweet little dog that is a massive pleasure to have. Runs up to people when out for walks and loves to be stroked and spoken too. No more scared dog hiding and needing gently coaxed to get her by people/things she does not recognise.

Was playing silly with the sunset through and round the big stone dragon but liked this one best. 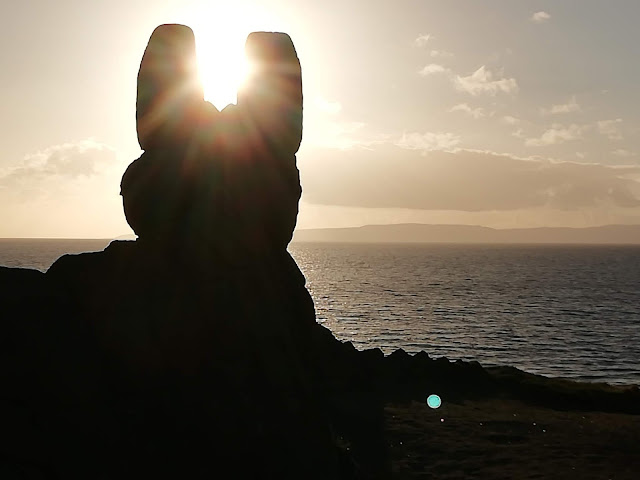 Spent the morning baking, making soup and cooking lunches for work at the weekend.
After lunch went a run to the dump to drop off some rubbish and a walk at Auchincruive on the way back. The four visitors returned. 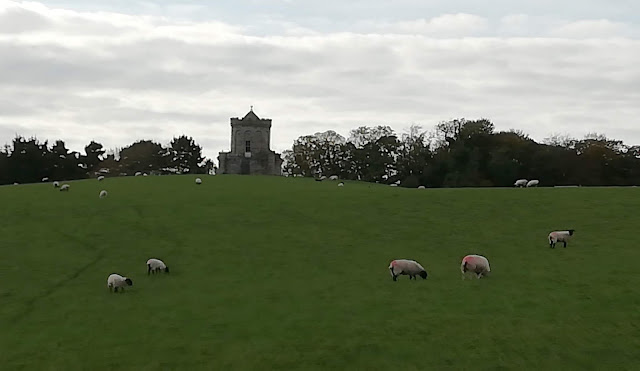 SIL2 had spent the day in bed on Tuesday and DD2 was feeling rough last night and today and so she spent quite a bit of the day in bed. I took Ziggy down to DD1's and we all went the park, back for lunch and then did some painting with some Little Brian paints I was sent to review.
Went for a walk round the fishery with hubby and Dixie.

Took a lot of pictures in the park but loved this one. DD1 and Dinky had been pushing Fifi and Spud on this roundabout. DD1 was killing herself laughing at Fifi squealing and laughter as she was pushed round. . 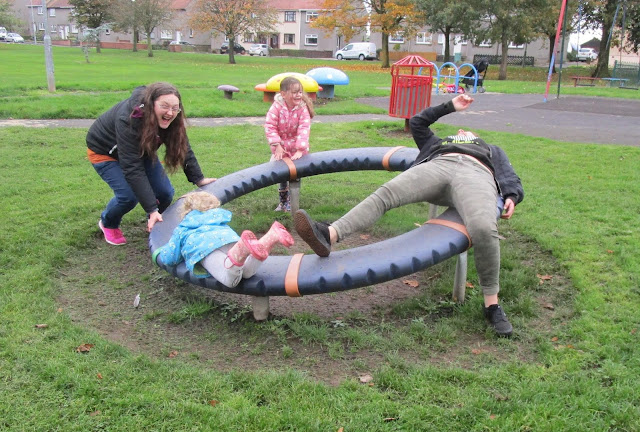 Park of this weeks baking.
I used this recipe for banana loaf  adding sultanas to one.I like the recipe and use it quite a lot.  The other I omitted the banana and added grated pumpkin and carrots along with sultanas. Both of them are very moist and very delicious. 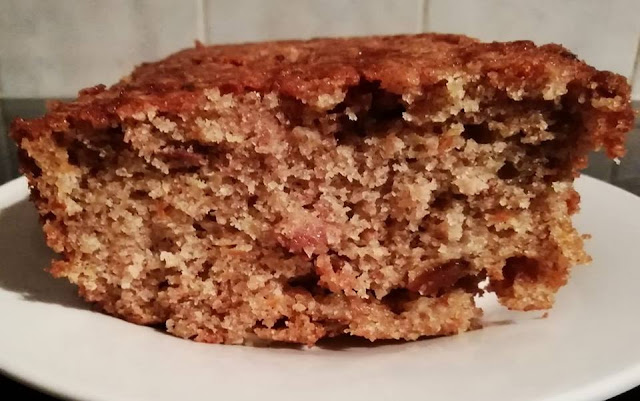