Not been a good week from  a mileage point of view. DD2 is to sore to walk far, the roads around here are VERY hilly to get in and out of daughters bit and they have been like sheets of ice most of the week so not good for pushing a twin buggy up or down  and been much much to cold to take a new baby out in. But I was not here for clocking up miles I was here to help out. Managed 30.4 miles since last weeks update, so now sitting at 133.9 miles.

Turned down the overtime as had too much to do ready for going away on Monday morning including packing and making sure I had everything. I loaded my kindle with a new audiobook and some episodes of Touch and along with my sewing this should keep me amused on the train journey. 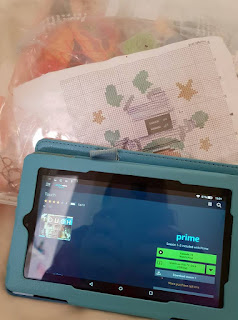 Had my heart scan at 8.45, could have come on a better day rather than a day I was going by train to Oban. Managed to get an earlier train than needed so had time to wander round a bit of Glasgow. Bumped into an old family friend getting off the train, he was gentlemanly enough to wheel my suitcase to the other station for me. Have to say we normally throw our suitcases in the car but seeing other people with more modern 4 wheel cases had me yearning for one. but then doubt very much I will ever be back on the train with one again. Ziggy was very pleased to see me. 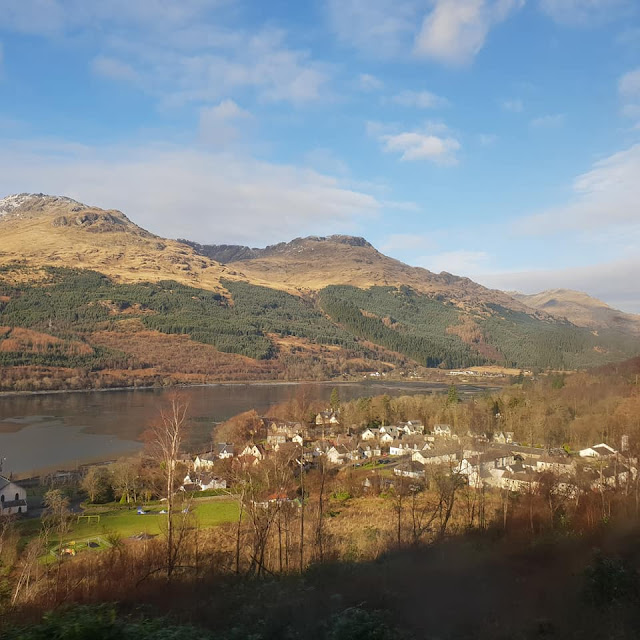 We went off down to soft play. First time the two children have been out in the twin buggy and the first time DD2 has walked down to the town in a few months. The hills are very steep and down is as difficult as up.

Here is Ziggy soothing her baby during our game. 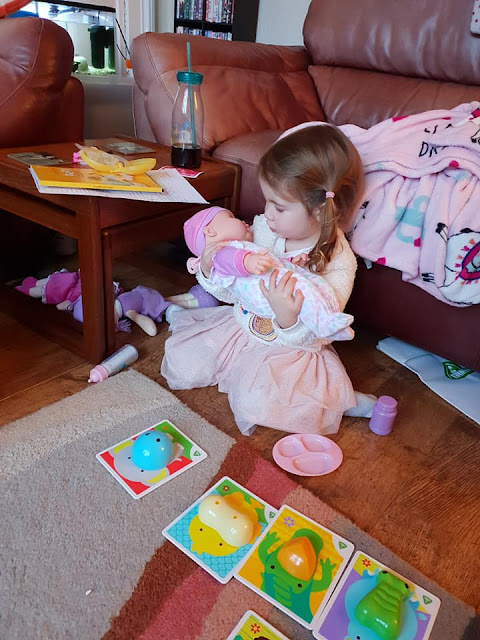 I looked after Roo while DD2 took Ziggy to get her hair cut, sadly they were all fully booked so she did not get it done.
When they came back Ziggy and I wrapped up warm and headed to the park to play for a while. Think she lasted less than 20 mins before she was to cold so we headed off for a wander round the shops. The snow had not really melted and it was quite slippy underfoot. 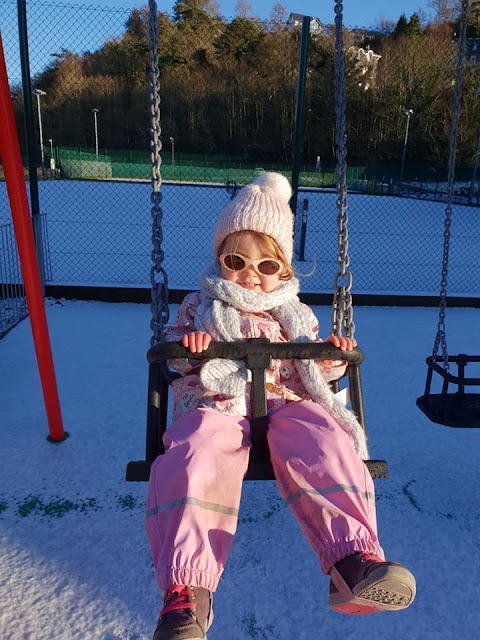 Another very cold day here again today. DD2 took Ziggy down to get her hair cut while I sat here with Roo, I get all the hard jobs....lol.
When they got back Ziggy and I got wrapped up and went for a wander down the shops and to the park.  We played in the swings for a few minutes but then went and played with the interactive stuff instead, decided it was better for Ziggy to be moving around. 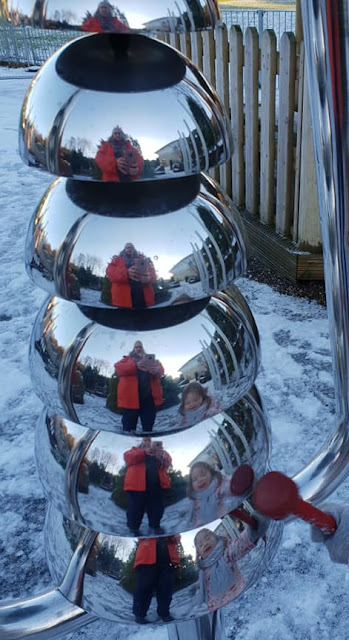 We were suppose to be going to mini movers with Ziggy but she decided to have a major temper tantrum and chose to go to bed instead. She slept for the best part of two hours and she never sleeps during the day so must have been needing it. Roo went to sleep when her sister was in bed so DD2 made the most of it and went to bed as well.

After she woke and to try and help tire her out I took her down to soft play but it did not do much good, she took till nearly 11pm to go to sleep after many tears and much screaming.

She loved this, it is a hoover, pop the balls from the ball pit in and it sucks them up rattles them along a see through pipe and then pop out at the other end back into the ball pit. She also finds it funny to stand under the other end and have it blow her hair. 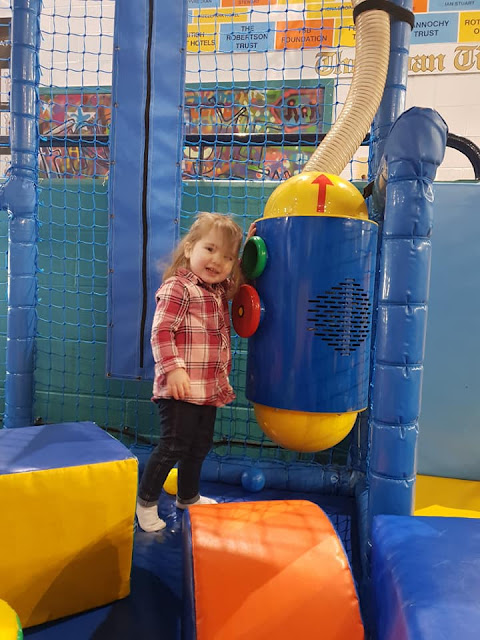 Wandered off this morning for a walk and left the family to their own devices. Did just over 4 miles up and down the hills via McCaigs tower and Dunollie Castle and every where in between. This is a view of the town and the snow on Mull taken from MCCaigs Tower. 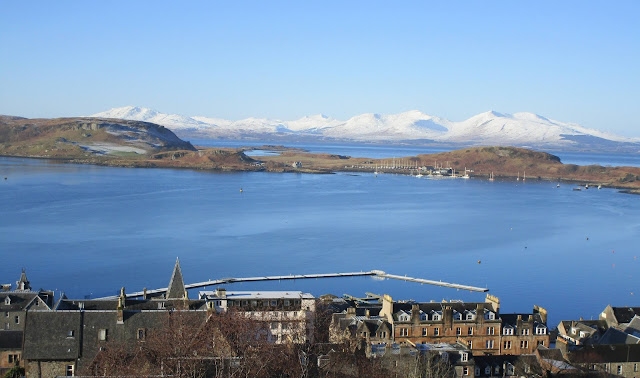