Been a dull old week. Not been out the door overly much and I have not had my fitbit on for days as low mileage would irritate me, so no mileage is better ( well imo anyway)

Throat was a bit hoarse at work today. Not always a good sign, as it turns out it was not good.

No overtime and a wander with the dog. Spotted some snowdrops. 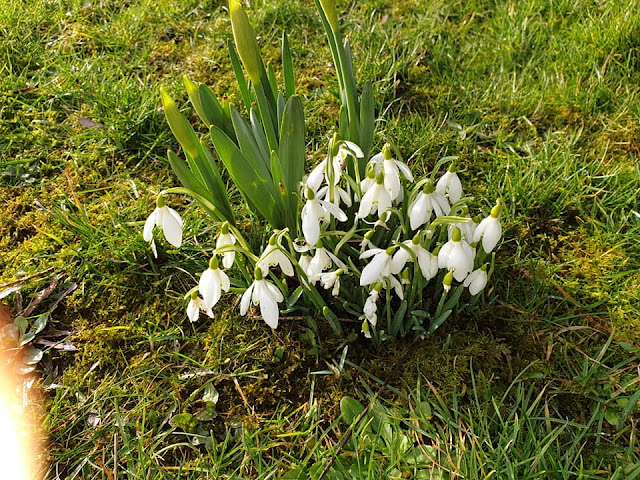 So having switch round shifts on Saturday so out less time today for the Hotpoint engineer to come out, I get a phone call just before lunch to say he will not be out at all, they have rescheduled him for Friday. To say the least I was not amused.

A wander round the fishery with dog. She loves climbing over rocks. 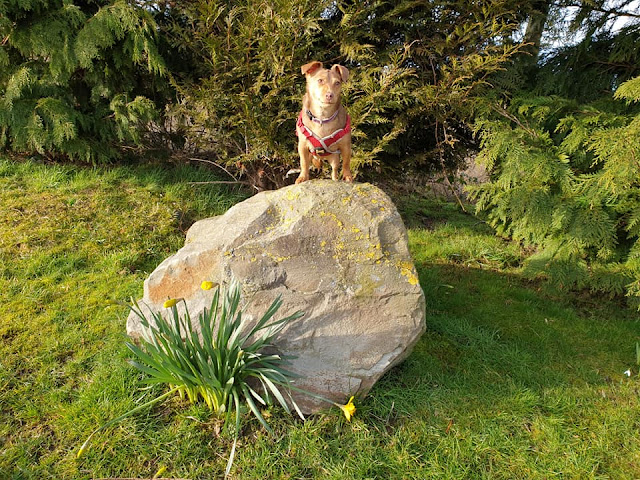 By today I have no voice left and my peak flow has dropped, enough to double my inhaled steroids but not enough to be concerned about.Borrowed a steam inhaler mug from DD1 along with some menthol crystals. I am finding it a hard balance between getting enough crystals to work and not to many that it is painful and strips the hairs from my nostrils.

Made DD1's birthday cake and Fifi came up to decorate it. She rooted through my cupboard and came up with some bird cutters and mixed together three colours of  ready to roll icing and made some multi coloured birds. Think this is the only picture I took all day. 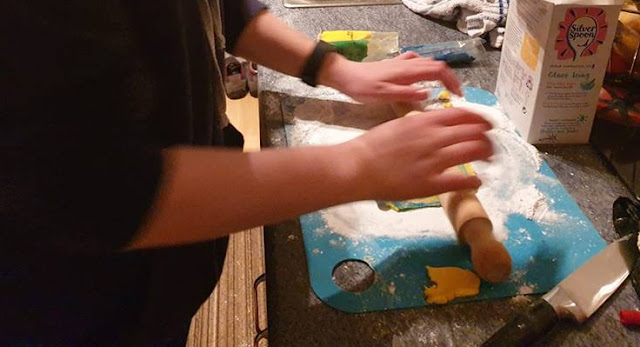 Another night in the chair watching films on Netflixs, well bits of films anyway, would sleep through a lot of them, wake to cough and saw some of it and then fell asleep again.

Threw together some cakes for Bob to eat, hate going down with nothing for him as it is a bit unfair. Took birthday cake down to DD1 but did not venture far into the house or kiss or cuddle any of the grandkids as I don't think they need my cold. 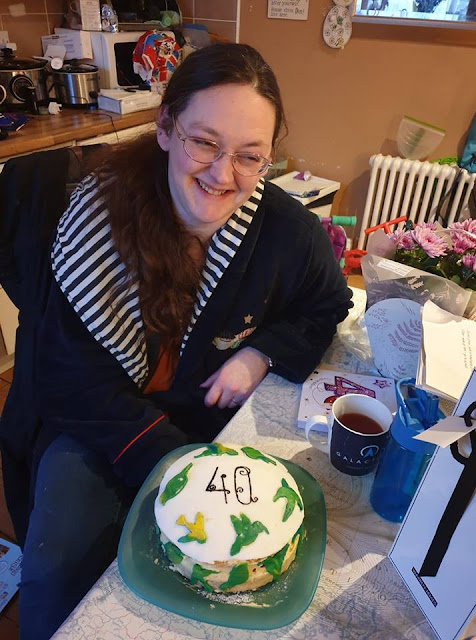 Another night in the chair, just as well I have a recliner.

Did not go out the door all day. Had a shower and put on fresh clothes. The shower is a good way of helping my peak flow so used my inhalers after I came out. Slept on and off all day, with bits of tv watching and sewing in between times. Slept in bed as the runny nose seems to have eased. The sewing is coming on fine as spent quite a few hours doing it.

This is a picture of a llama and two bells, Ziggy is a bit of a drama queen and gets called drama llama ding dong, hence the picture. Trying to add some meanings to some of the pictures going on baby Roo's blanket. 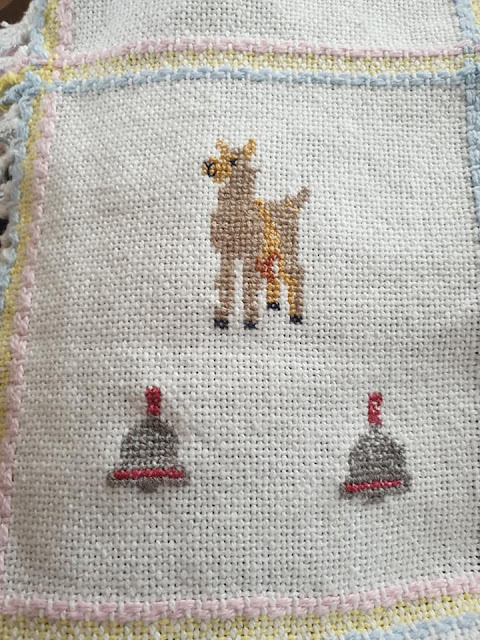 Peak flow not so good today, hoovered the kitchen ( about 3 ft by 8 ft of floor space) and the middle of the floor in the living room and found my peak flow dropped very uncomfortably. So phoned  for a GP appointment but they had none but I think the receptionist realise I would not string two words together and got a GP to ring me back. They gave me an appointment for later on as was having to wait in on the Hotpoint engineer.
He managed to sort the issue with the freezer by using heat on the door seal. He said he would have just ordered a new door rather than a new freezer had this one not been sort able, made more sense.

Stopped off at the supermarket to get some stuff to put in it but could not think what I wanted to buy so ended up with a bag of chips and two bags of veg. 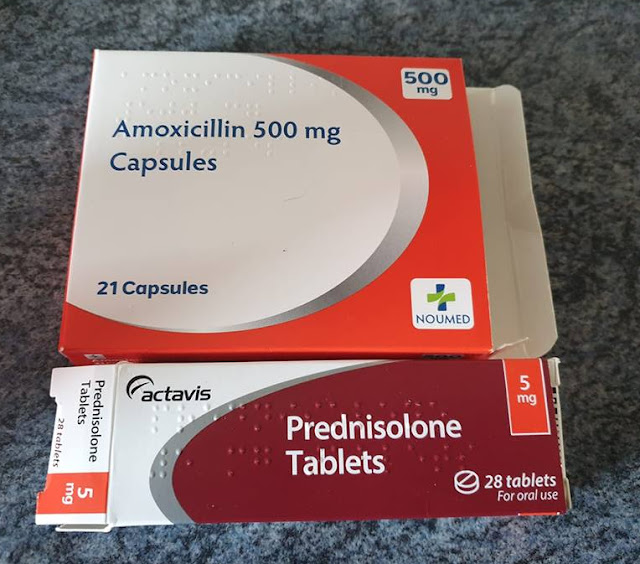 Well having taken the steroids at tea time last  night one of the side effects of them is insomnia so spent the night watching more tv and doing more sewing. 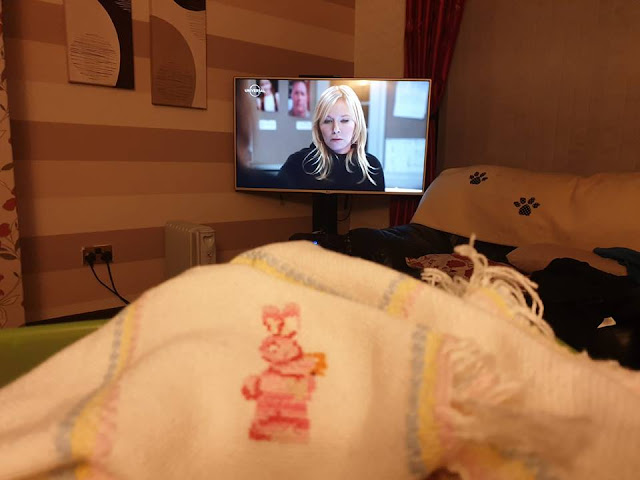