I was right with my suspicious on the ex inhaler, the flu like aches, pains and headaches and the feeling of having been hit by a truck started to ease by Thursday, needed paracetamol to get through every day until then, The cough continued to diminish and now only coughing when I exert myself too much, but hoping another week or two on the new inhaler will improve that, no reason to think it won't. Obviously doubling the dose of the last inhaler escalated at the symptoms ten fold until I reached breaking point last week. Contemplating putting in a written complaint now I am feeling a bit more human again.
Back to getting a decent nights sleep helps as well.

Still feeling really really crappy, can't think straight, can't concentrate enough to do anything and the lack of sleep is overwhelming. I am so tired and grumpy. Sent hubby to visit friend for the day and just sitting here mindlessly watching tv, can't even manage to knit. These balls of wall were a freebie on offer for taking out a 3 month subscription to a knit and crochet magazine. Not impressed with the magazine, nothing in it but toys, not what I expected but the hints and tips and lessons in it made it worth while, cancelled my subscription as the three are more than enough. 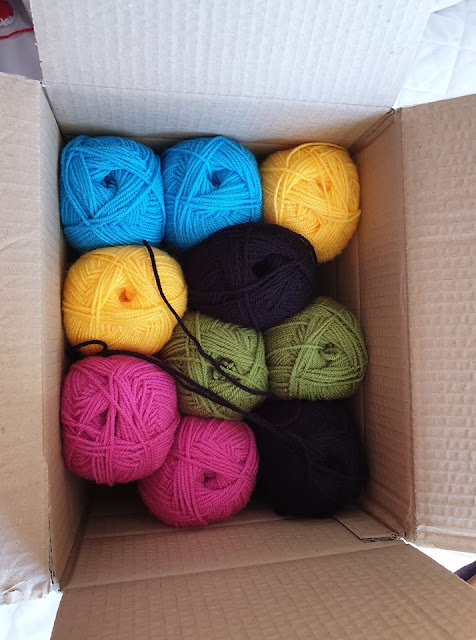 Cancelled the bike ride, no point there is no way I could manage, electric bike or not still requires more energy than I can muster. Amusing myself by knitting prem baby stuff, not much unripping to do when it goes wrong, as it has done.

Hubby dug the potatoes up he planted earlier this year. 6kg was not a bad haul. Just some that had sprouted while under the stairs. 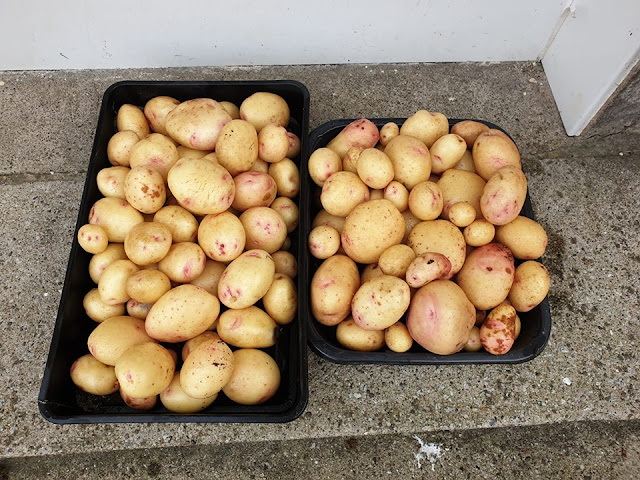 Another boring day waiting on symptoms subsiding. More prem baby stuff knitted and no mistakes today. A lazy day doing not a lot. Hubby and friend were down at DD1's putting up some outdoor lights for her, so dog decided to curl up on my knee.

Have had some really pretty sunsets here this week, but nothing really to line it up with. 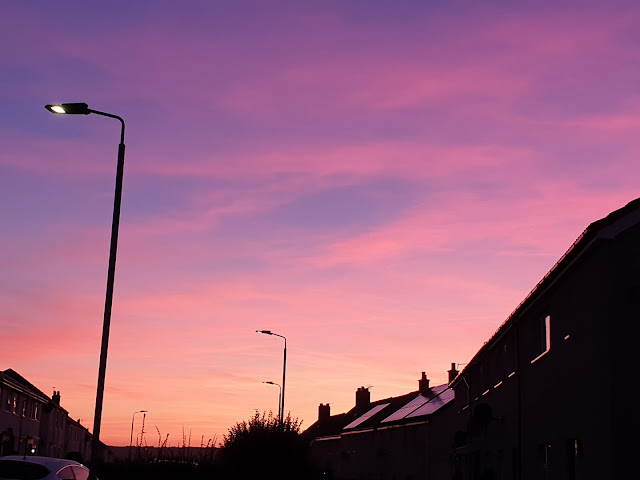 Again cancelled my cycle ride. Was not up to it but I also volunteered to pick Fifi up from school and run her to an induction day for a part time job that she can fit round school. Normally she will make her own way there but the induction was to difficult and time consuming to get to by public transport as it was in a different place.

I sat in the car and watched some Chicago med and did some of my latch hook rug as had no inclination to go wander anywhere. 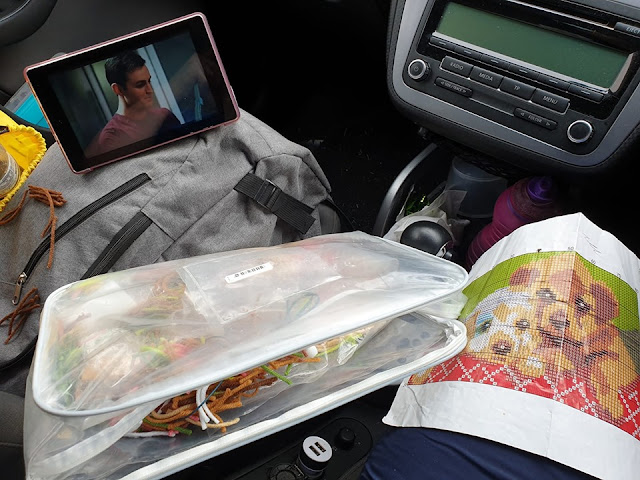 Hubby away today doing some gardening work for his aunt who is due back out of hospital next week so I made the most of feeling better and cleaned my carpets. This machine has been a great investment and well worth every penny, it really does a good job. The living room was mainly sand which will come in off the dog after her beach walks. Did a review on this product when I bought it, reading it now it is quite cringeworthy. 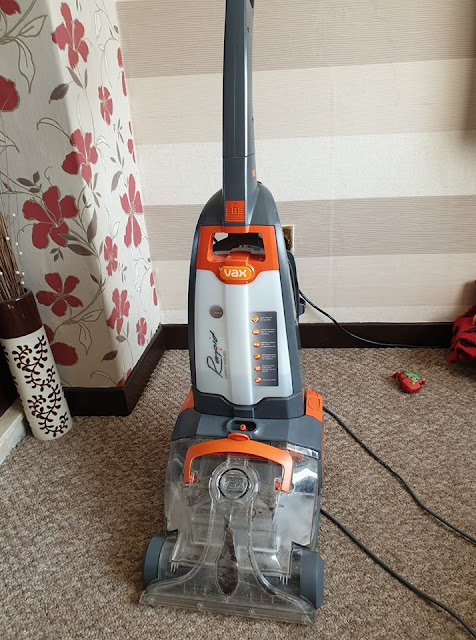 The plan had been for a nice relaxing day, and turned out to be anything but. We noticed last night the dog leaping out of her bed at 100mph and then turning round and biting at herself. We also thought her anal glands were full again as she has been bum rubbing for the last few days so headed to the vet to get them emptied.
Turns out the dog has fleas. Only two of them and the vet reckoned she had had them for less than twenty four hours, she based this on how few there were and the amount of droppings in her fur. She was treated for fleas, worms and tics before we went to Oban as it is tick heaven so we made sure she was covered. They could have come from any where.
So the vet redosed the dog with flea treatment and sold us a can of spray. So having googled all about them, life cycle how they breed/spread etc I spent the day defleaing the place. Stage one was bath the dog and wash off all traces of everything. Next was to round up masses of washing, all my cushion covers, couch covers, stripped the beds and hung all the cushion innards and quilts out on the line in the sun as the eggs and larvae stages die if exposed to the sun, and of course the dogs beds were also done. I then very thoroughly hoovering every inch of the house, up and downstairs and the stairs themselves, moved all the furniture and rugs and sprayed where recommended. Then moved on and did the car as well. Took me about 4 hrs and I was knackered.
Sat down at 10 past five, but then had to go down to DD1 for half past to sit with the three wee ones while DD1 picked up Bob from gymnastics. 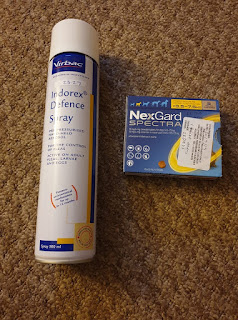 This weeks knitting has been small easy items all going to the SCBU. Really need to get a parcel made up ready to go. 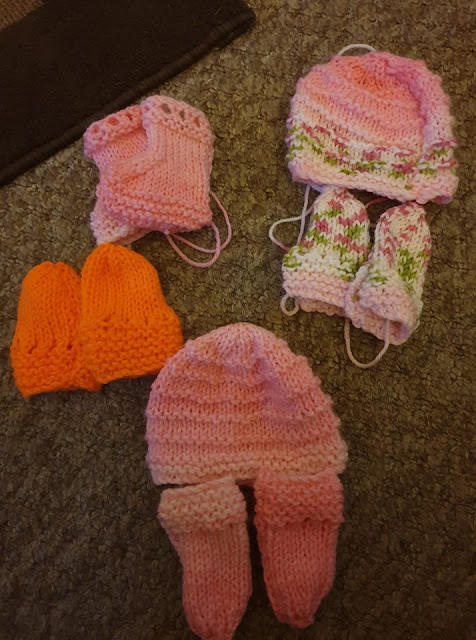