Think I am going to change my name to Suzanne, the other 365'ers will get the connection, the rest of you wont. Been another shitty week health wise. Only advantage I have over Suzanne is my tests and GP visits are free. Can fully understand why people get fed up with one thing after another.

I have obviously eaten something towards the tail end of last week that did not agree with me. have had two days of hideous diarrhoea and massive stomach pains to boot. None of the normal medication is cutting it and I think between myself and one of the other girls at work we are having a "who feels most rotten" kind of a day. Thankfully no overtime today so home for a sleep. By tea time my legs had puffed up like massive sausages, my hands were swollen and have pins and needles and numbness in both arms.

I had picked a random horse in The Ayr Gold Cup yesterday when at work. It came in 22nd of 24 so no winning for me. 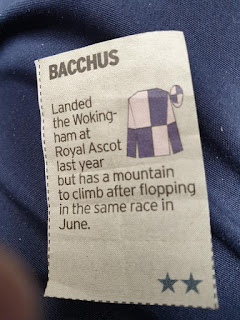 Still feeling really sh*tty, aches and pains are horrendous. No bike ride for me today. Can't knit or crochet and the boredom is setting in.

Some of the sunflowers out the front are dying off but these ones are still looking good. Hubby bought a mixed pack with different types in. 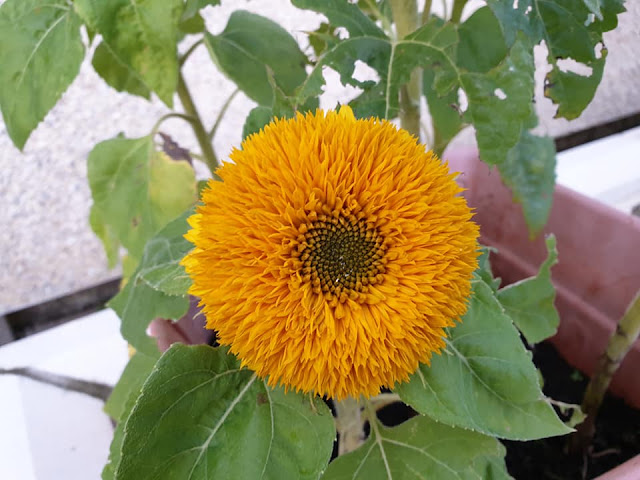 Nipped into the surgery, could not get them on the phone as Friday/Monday was a local holiday here. Got an appointment for this morning.
He agreed it was probably something I had eaten that caused the flair up and reckoned it was the fluid retention causing the aches and pains and numbness, lets hope so. To come back at the end of the week if no better and he will see what else may be needed.
GP decided to take me off the heartburn medication and do a test for Helicobacter pylori, in case there is anything else causing the issues. Need to stay off the medication for two weeks and then do a test, results take about two weeks to come back.

Sorted out five years of old wage slips, kept three years back and shredded the rest. 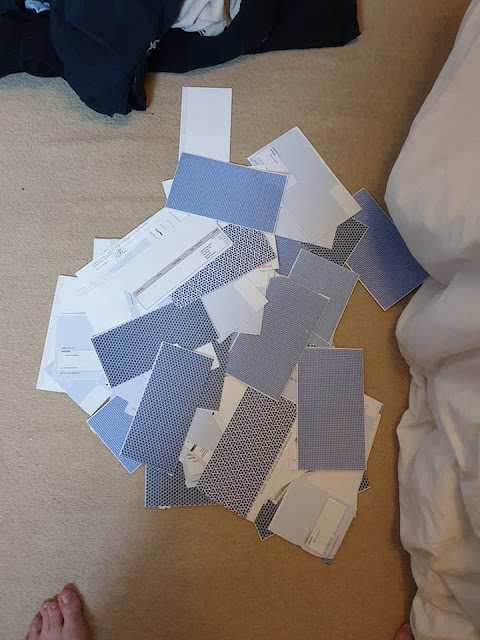 I am sore and bored and totally fed up. Swelling not going down and arms and hands hurt like hell, seriously bad overnight and getting not getting any sleep. Cant even knit to amuse myself. Have no strength in my hands, no grip at all and struggling to do basic daily tasks. I am having to ask hubby to open cans and bottles for me.
Have cleaned the glass panes on this door three times in the last three days and every time the sun comes out they look disgusting still. 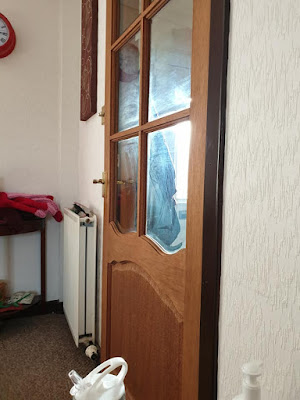 Had an afternoon nap and then went and did the bike ride.

Into town to pay off outstanding vet bill, pick up hubby.s prescription and do some shopping. Had asked for a GP appointment for Friday but they did not have any until Monday.

Walked the dog while we were there. 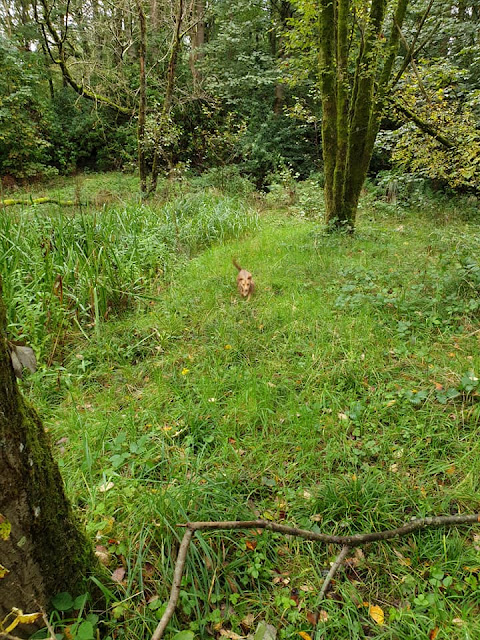 Nipped into Kilmarnock as I had won a £100 voucher for a local bike shop through a competition I had entered a while back, funnily enough it was run through a local radio station in conjunction with the Active Travel Hub that I do the bike rides with.  Did pop in out of curiosity and look at prices on the way home but the bikes were all very top end. When I feel more like it I will look at a new bike helmet and some of their clothes.

As I could not get a GP appointment and I feel the next stage with the numbness and pins and needles could well be physio, so I approached occ health at work and started the process. I am currently not happy about lifting hot things and still struggling with every day tasks.

Down to watch the kids while DD1 took Bob to gymnastics and then back again as she was going out so needed to watch them until SIL1 picked Bob up on his way back from work. DD1 was helping organise a prize bingo night, usually love my prize bingo nights but would not have managed to hold a pen long enough to mark off numbers. 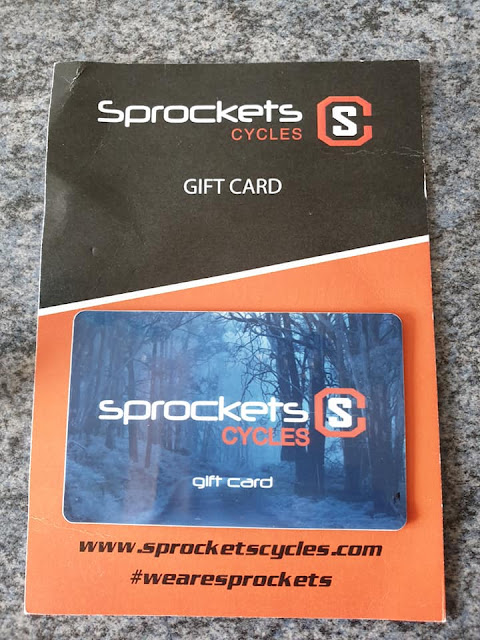 Had roast chicken for tea last night and so tonight decided to do some of the left over with a sauce and rice. Can honestly say the sauce was neither  sweet nor smoky as was just really watery and tasteless, so I ended up picking the chicken out and left the rest. I am generally an own brand buyer rather than a name brand but this would put you off. 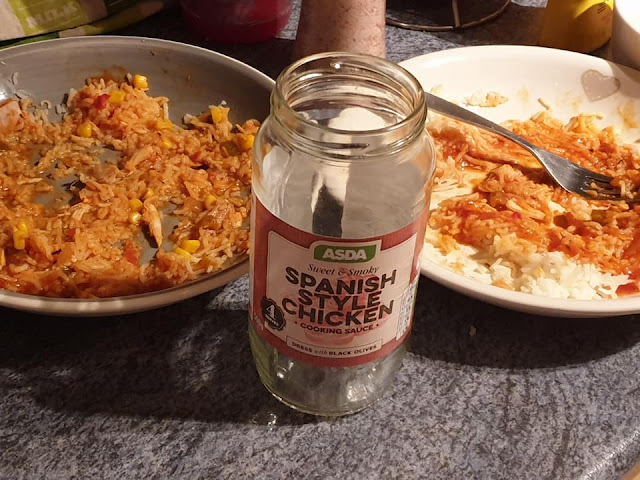 You are invited to the Inlinkz link party!
Click here to enter
Posted by fun as a gran at 15:43