Stones and puddles make for fun.

I must sound like quite a boring Gran, but the only place I can take the gruesome twosome that they can play safely and fairly dry is the wee park at the top of the village. We live in a very small village that pretty much a five minute walk in any direction will get you onto a back road with no pavement to safely walk on.
So last week when I had the twins and Bob for a few hours while DD1 went back to bed for a rest and it stopped raining for a while I decided to wrap them up and head out while we could.
So I popped them into the buggy and headed to the park along with their bikes to play. I allowed them to play in the swings for the first few minutes but I really wanted them to run off some energy, so we set about having some fun.

So for a while the two of them amused themselves by playing with stones. Picking them up, lining them up,  knocking them off and starting again.There were a lot of small stones around, but Minky had to go for the ones underneath a bin. 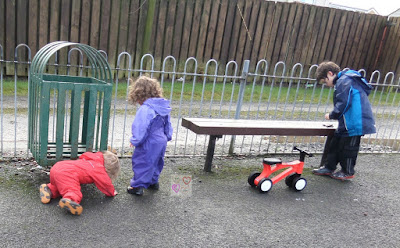 They got lined up on the wooden bench 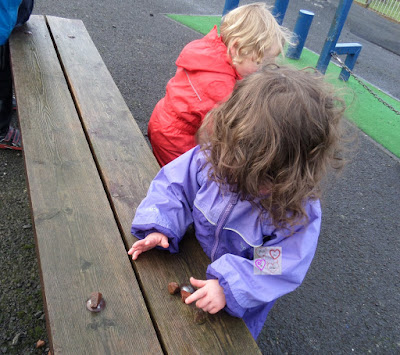 and on the blue balance beam 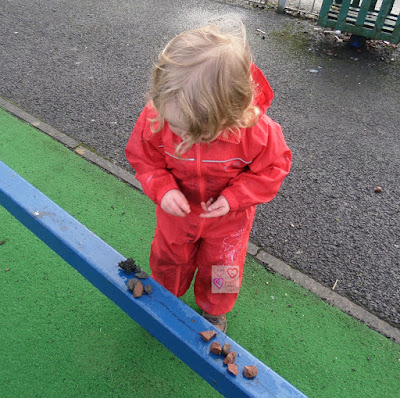 The piles got bigger 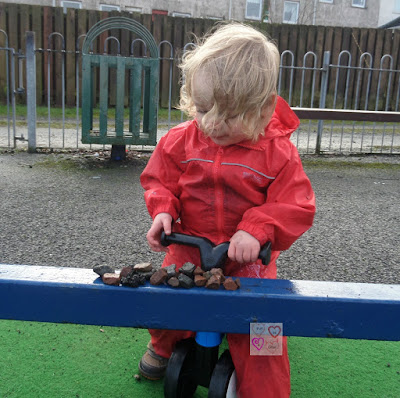 The Minky decided to play at fitting him and his bike through the gap. 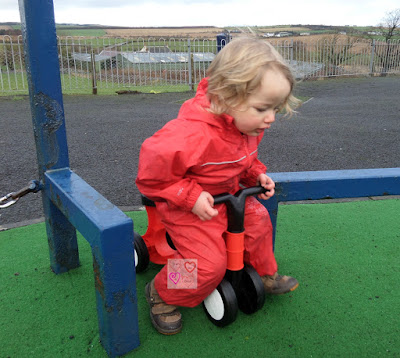 Before they went off and played elsewhere at other things 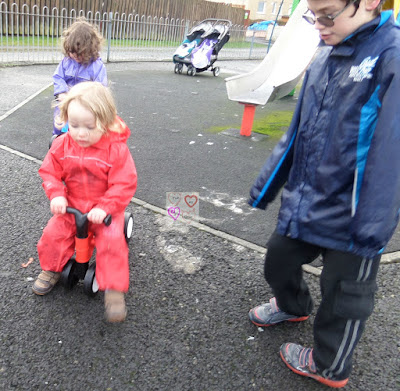 They adore their toddlebike2 and ride down the slope and pull the bikes back up. 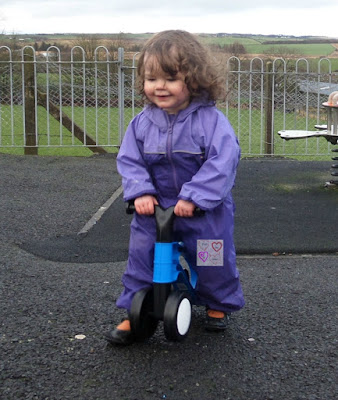 Bob was in his element running from one end of the park to the other. Though I did have a word with him for knocking off the stones Dinky was lining up. 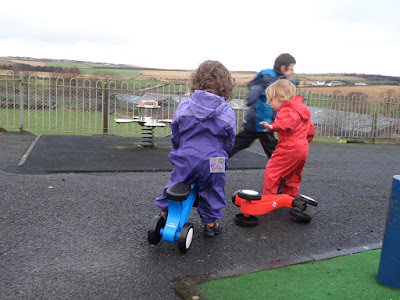 They played away nicely for ages. I was actually surprised at them swapping over bikes, normally Dinky in particular, having learnt the word "mine" applies it to everything and refuses to drink from Minky's cup or use Minky's plate etc, she now takes note of the fact things are different colours and is a stubborn little sausage when it comes to only using "mine". 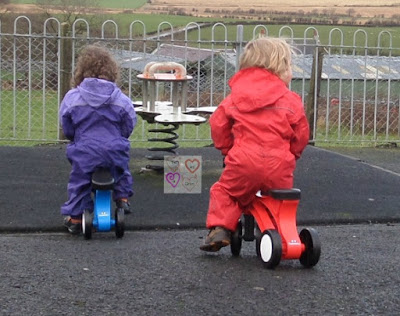 Have to laugh at them, no puddles to splash in with their feet so they find them with their hands.