The making of Bob's birthday present - a Minecraft quilt

As my regular followers will know I have got into applique and quilting since the start of the year, so I thought I would see what I could come up with for Bob's birthday. So having asked him what he is into at the moment I decided to make a minecraft quilt.

As per usual I used Pinterest as my source of inspiration and came up with a blog that has run a whole series on making a quilt for her son.

So I ordered up the plain coloured material I needed to make it and then got started. On starting out I was not sure how many squares to make or how large to make it. But I decided on making twelve squares and making it double sided with six squares on each side with some wadding in the middle.

So I made the first six squares, choosing ones that were not overly complex.Each of the squares are made up from sixty four small squares and I chose to cut 2.5 inch squares so each one should be 16 inches when finished allowing for sewing a 1/4 inch seam. Have to say the cutting was the tedious part. 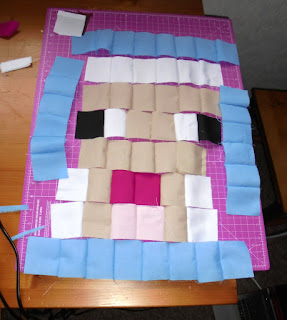 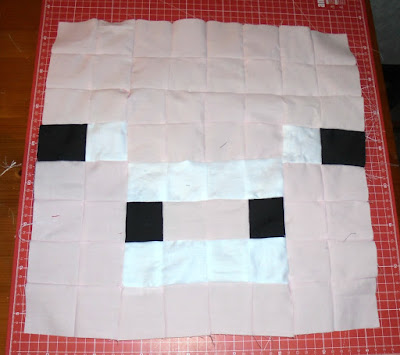 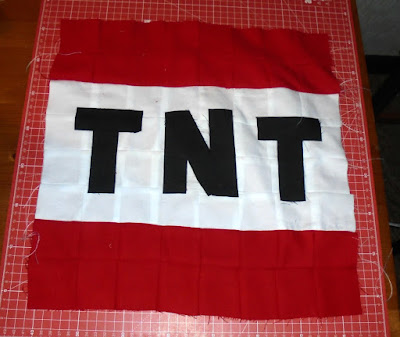 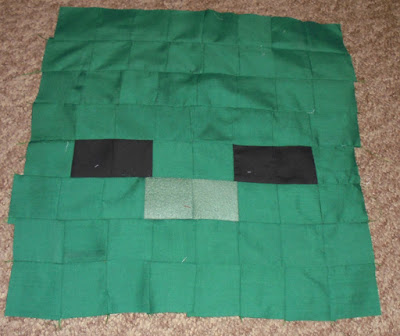 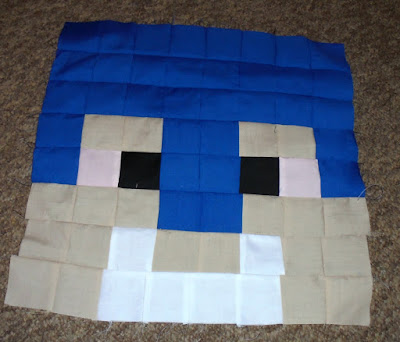 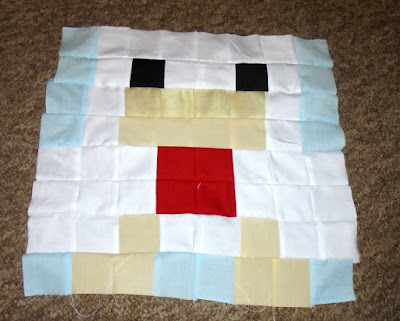 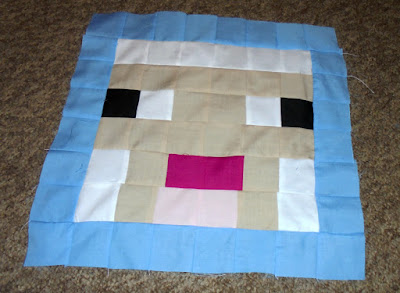 I then chose another six to compliment the first six so the back and the front would be similar. Once all the squares were finished I laid out the first six, decided on the best order to place them and then brought out various green materials to see which complimented the best 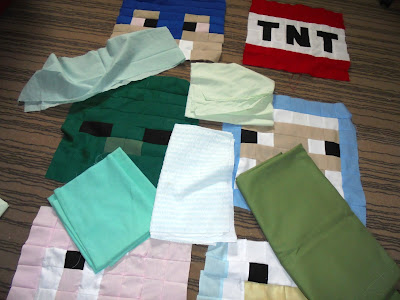 . Having selected the colour I felt went best I cut strips to join each set of two together. 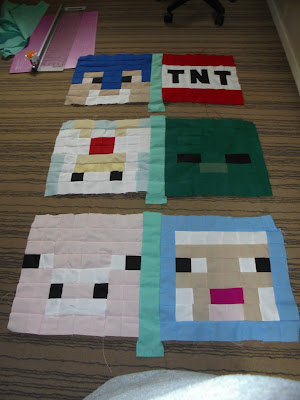 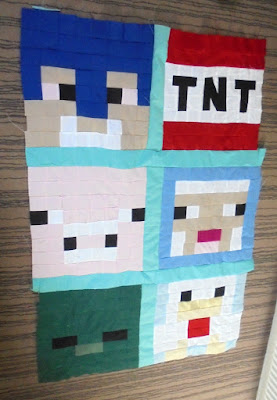 The next step was to add a border, I decide to use the same colour as I had for the connecting blocks. I want the squares to be the main focus not the border. I added the top and bottom border and then pinned the wadding onto the back and and stitched it on when I attached the side borders. 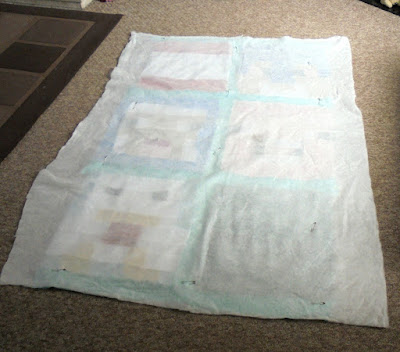 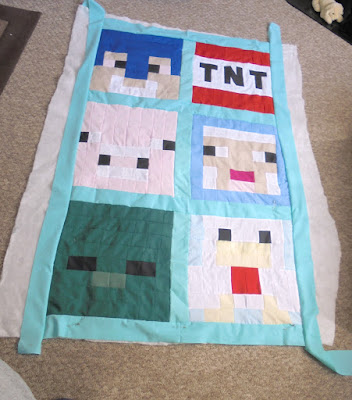 So just the second side to make up.

This one is green and black but not photographed well, It looks much better in the picture of the completed side of the quilt. 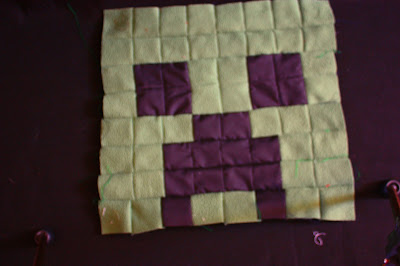 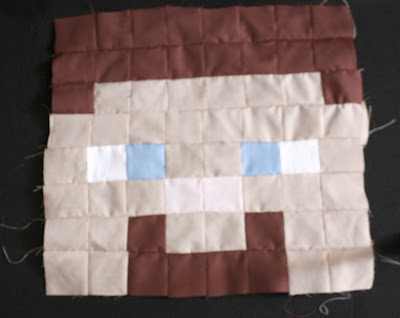 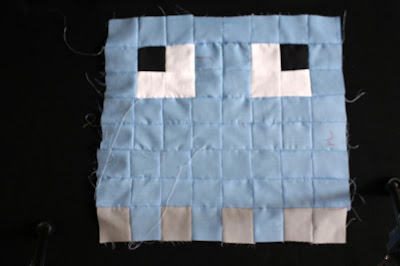 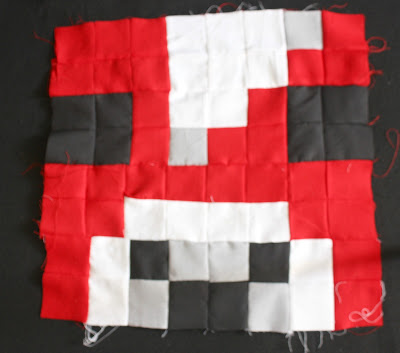 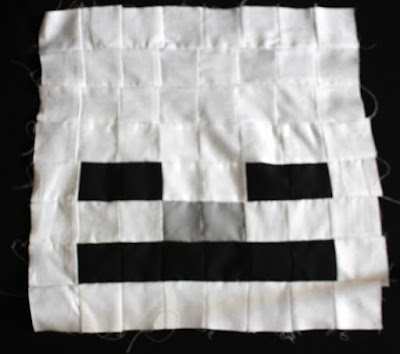 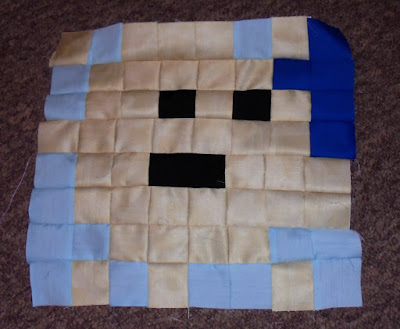 These were placed in the same colour order as the first side. I put this together in the same way but decided to use blue for my border so the finished product has two different looks so he can pick and choose which way to use it. 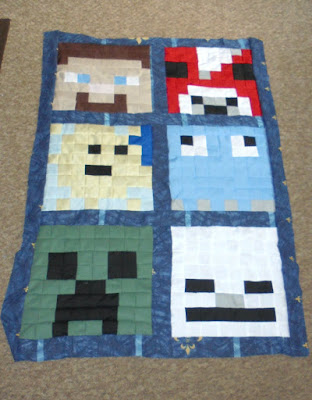 I then placed the two fronts together and stitched a seam round 3 1/2 sides, trimmed off all excesses before turning the right way round and finished it off by hand stitching the last bit.
Posted by fun as a gran at 17:46