The making of a unique wedding present.

I have become rather addicted to my sewing machine this year, looking for new ways to use it and playing with various ideas. At the moment I have been doing a fair amount of applique as I am selling them for charity. You can see some of my creations on my #cashforkids page.

We went to a wedding at the end of last month and my husband was the best man.  We wondered what do you buy the happy couple who are in their fifties,  already live together and a year ago amalgamated their two houses into one? So I decided I would make them a unique gift, something I hoped they would love and that would remind them of not only the day itself but also the day they first met.

R and T met when hubby went with R to a beach clean up one day in Irvine. They had toyed with either going fishing or out to play with their cameras but fate had obviously decided for them they should go to the beach clean up. R and T along with hubby and a few others had volunteered to go over in a small rowing boat to clean up one of the peninsulas. R and T got talking and exchanged numbers before they went their separate ways that day and then arranged to meet up a few days later and the rest as they say is history.

When they had decided to set a date they came and asked my hubby if he would be there best man, to which I said yes if they got married on Arran as I had never been and it would give us an excuse to go. So they booked the wedding in Arran and then informed us of the date time and place.

I had originally thought about making a cushion with a silhouette of Arran on with a sunset sky made from various red and orange colours with the sky reflected in the sea. But I could not come up with a design that was simple enough that still looked good so I had to come up with another idea.

I decided on two cushions for them, one to commemorate the day they met and the other the wedding day itself.

My starting point was a picture of them in the boat on the day they met, which I adapted in my own interpretation

and a picture of the pilot house, the setting for the event, which I made a pattern of. 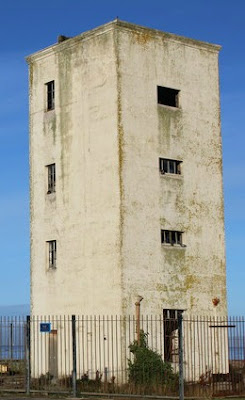 and make them into a picture, which I edged in tartan,added and date and made it into a cushion. 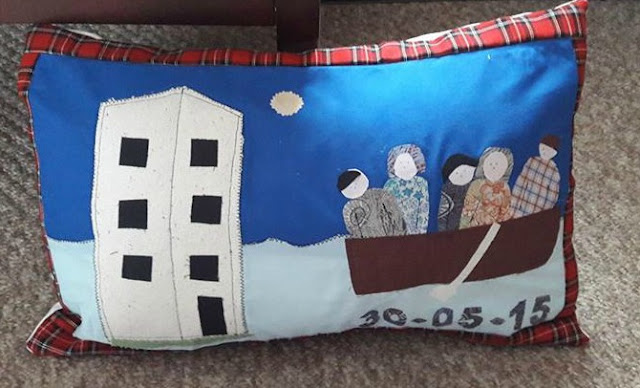 The second cushion was to be a memory of the wedding day itself. So I printed off an outline of the Isle of Arran, and then used the print out to draw round and cut out a tartan Arran. I then crossed stitch some  of the town names on and two dolphins. Lastly I added the date of the wedding before edging it in tartan to match the first one. 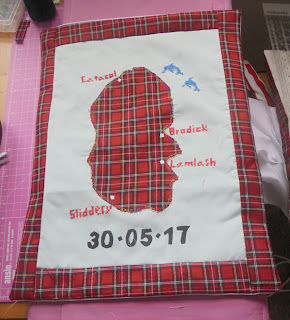 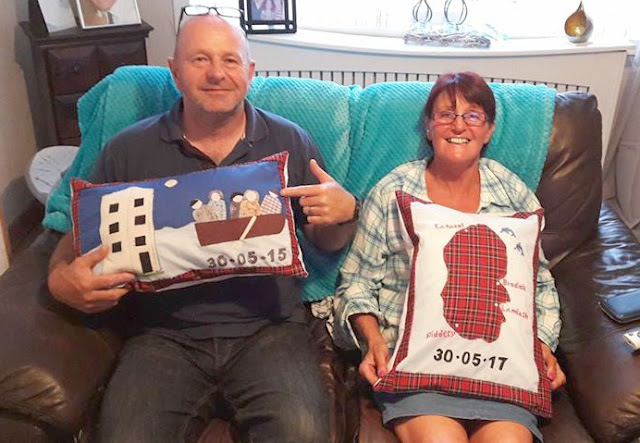