Wow what a week this has been weather wise. Lots of snow all round us but we got a few light showers but less than an inch in total. But it has been very very cold and the wind would cut you in half. Had the dog out most days with plenty of layers of clothing on.

Been doing more cross stitching and started on my next picture.

While I was at work hubby finished doing the drain and used the rest of the cement to straighten the washing pole. 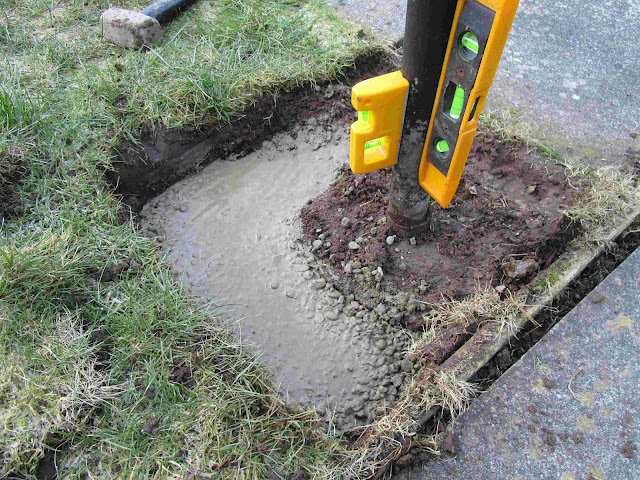 Dropped Bob at gymnastics and went for a walk along the river at Auchincruive with the dog and hubby. 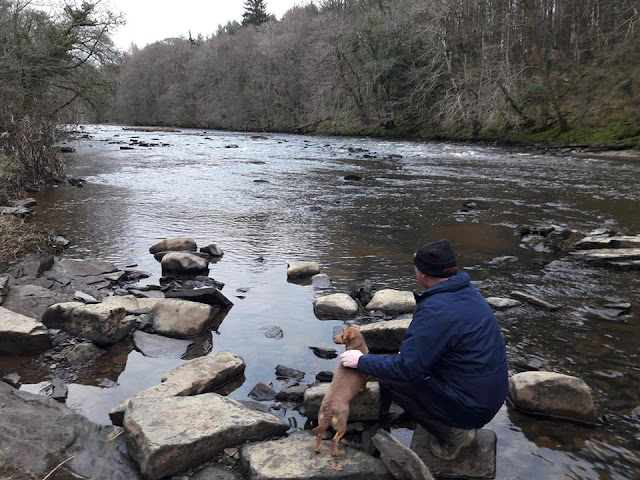 A walk round the fishery, not that there was any fishing going on the ponds were mostly frozen with a few small gaps that the swans and geese were making the most of. Loved the reflection on the ice. 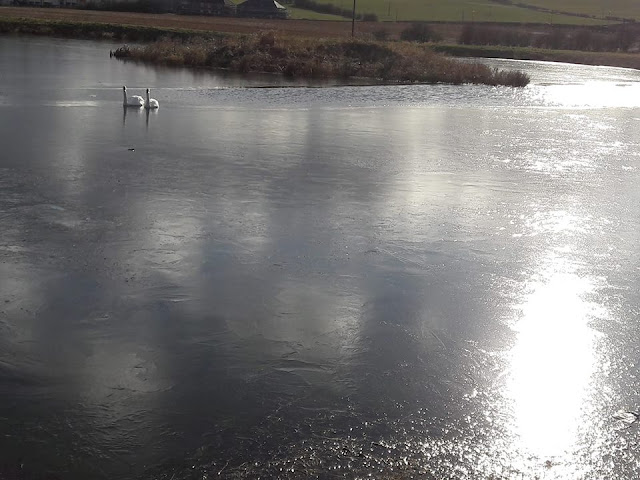 Later on in the week the swans and geese had moved to some of the local fields obviously looking for stuff to eat,

We had a little snow in the morning and a few heavy showers through out the day but we got off lightly in comparison to other places. We were on the edge of the amber warning. Roads were clear so we went to the poultry shop to buy more chicken pieces and walked the dog at the same time. Then got caught in a heavy snow shower on our afternoon walk down to DD1 and the grandkids. 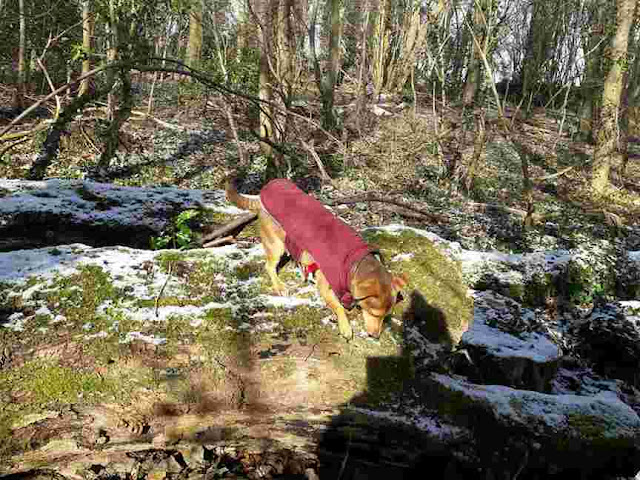 We had just gone to bed when hubby was gripped by an excruciating pain, so he went and got a drink of milk hoping it was indigestion but really not thinking it was.  After half an hour it was not getting any better so he agreed to me phoning 111, that is when I knew he was in massive pain as he hates hospitals, But just got a message saying we were in a queue  and our call would be answered as soon as possible. But twenty minutes later we were still on hold and I hung up. My thinking being if they were that busy it would probably take three hours or more for a doctor to phone me back, so as his pain was subsiding slightly we decided to wait on the GP opening in the morning and get an appointment. By the morning his pain felt more like bruising internally. GP thinks it may have been a gall stone moving so he has to go for an ultra sound to see if there are any more.

We then went for a cold walk round a local park, thought it would be a bit warmer in the wind surrounded by trees than the beach would have been. Started snowing lightly when we were walking.

A spot of babysitting in the afternoon as Bob had an ophthalmology appointment. He is just to carry on with the drops he is on. Was far far to cold to take them out, the wind was bitter so we stayed in and played games. Hubby walked down with Dixie dog and the wee ones were all happy to feed and stroke her. 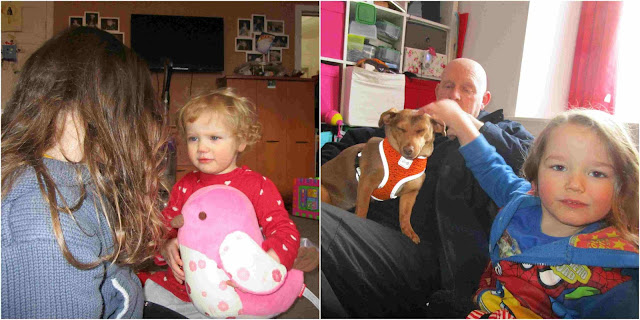 Spud turns two today. Normally I would go round and take a cake etc but all the kids and daughter have a stinking cold, sore throat, aching joints etc, and none of them are in the mood for being civilised and they are not eating so seemed such a waste. They were suppose to be meeting up with the other grandparents for a visit to a local soft play but that did not happen either. She is too young to know it is her birthday. Have to say my throat is quite sore and I don't feel great either.

I got back with some shopping and popped the shopping bags on the floor and forgot there were some mini pork pies in there, so little miss helped herself to one. Wont eat good quality dog food but will eat human food. 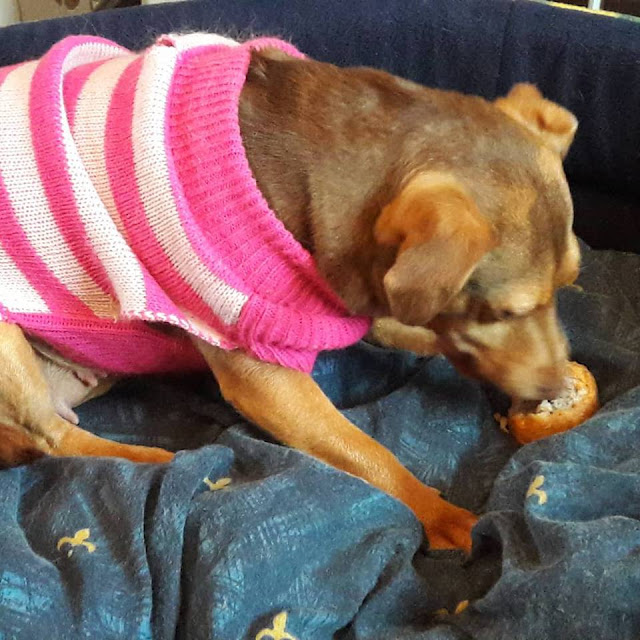 I was suppose to be going to The Free From Show in Glasgow with DD3 today but it was cancelled due to the weather, disappointed not to be going but can understand why they cancelled it.

Got four bars threw from Muscle Foods by way of an apology. Certainly makes me feel better about their customer service. Yes I tried the dark chocolate mint one as I have a soft spot for those two together.

Throat feeling a bit better but rather hoarse with laryngitis and a bit of discomfort in my glands. 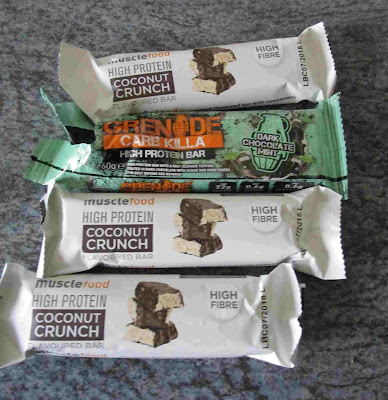