Out with the three local grandchildren

It seems like forever since I have spent any time quality with the local grandchildren. It is much more difficult now that they are at school and for months it has been dark time they get in afterwards. Yes I pop in and out for five minutes here and there but that has been about it.
When I was in the other day picking up my washing Dinky and Spud were cooking me meals on their toy kitchen and making me all sorts of weird concoctions I had to eat. Spud was showing me how she has cracked doing jigsaw puzzles and Minky proudly showed me his school certificate he had got.

So as Bob goes to gymnastics on a Friday I decided to go and take them to the park while mum took Bob.

We had a ball in the park. You end up standing in the middle of them feeling dizzy as one shouts you to come see this, or push me on here or watch me go down the fireman's pole.....hard going with three of them. Much easier than it use to be as they can now do everything for themselves and Minky is even quite good at getting himself going on the big boy swings.

When we were walking over to the park Dinky was skipping...skip Grandma she say....so I did.....she was quite surprised that Grandma could skip. This is where it pays off having had my own children young ( not particularly by 1970's average) I am still young enough to go and skip with them. 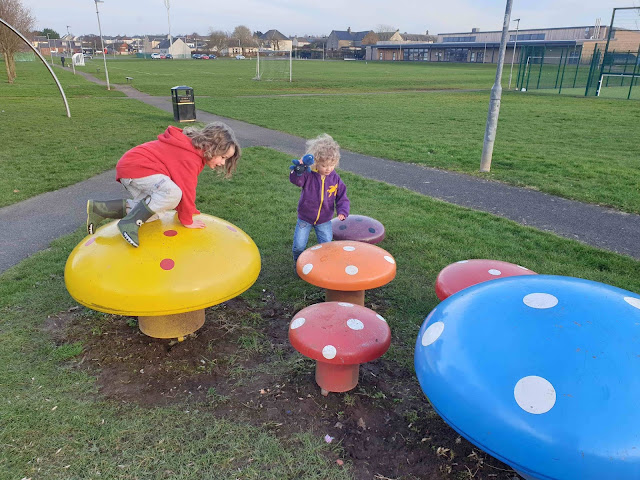 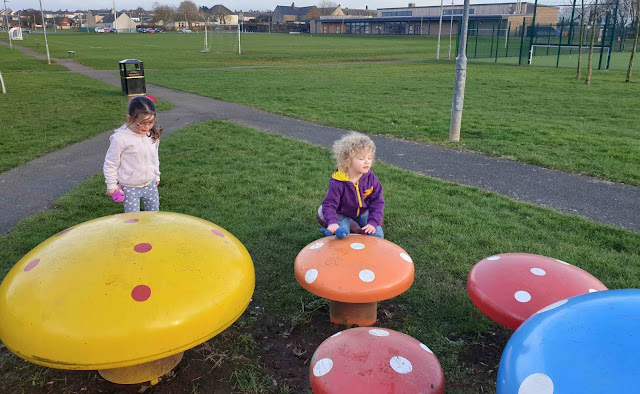 They manage very well to make this go. I also had a go on with Dinky as she loves you to bump her, she ends in in hysterics with laughing and I end up laughing at her. 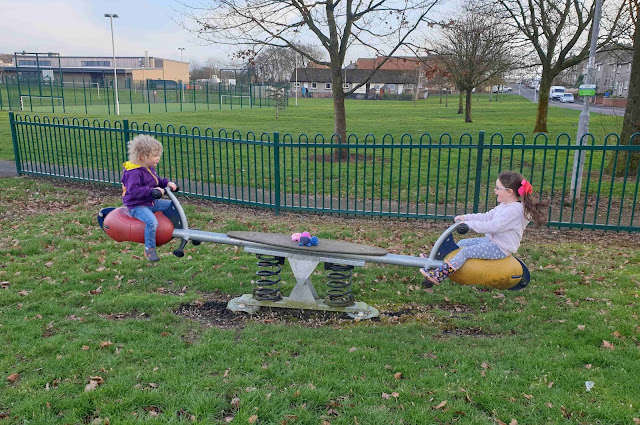 The twins still like to be pushed in the baby swings 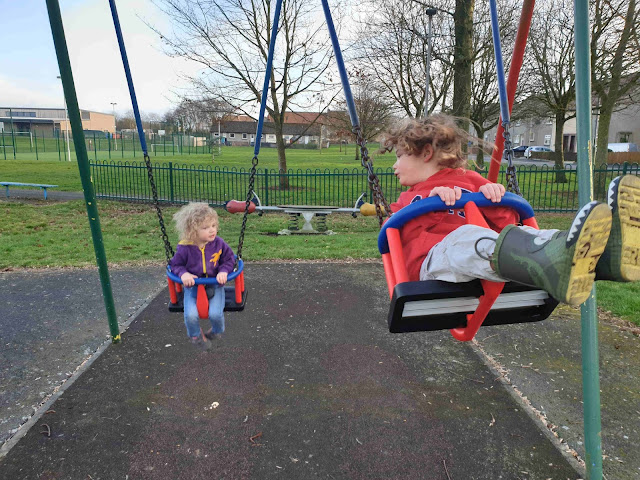 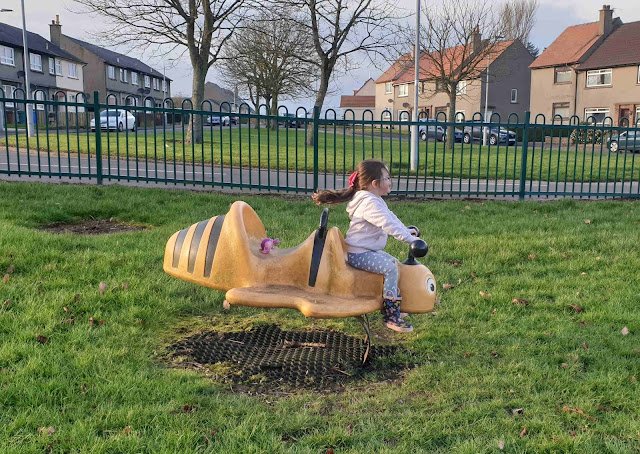 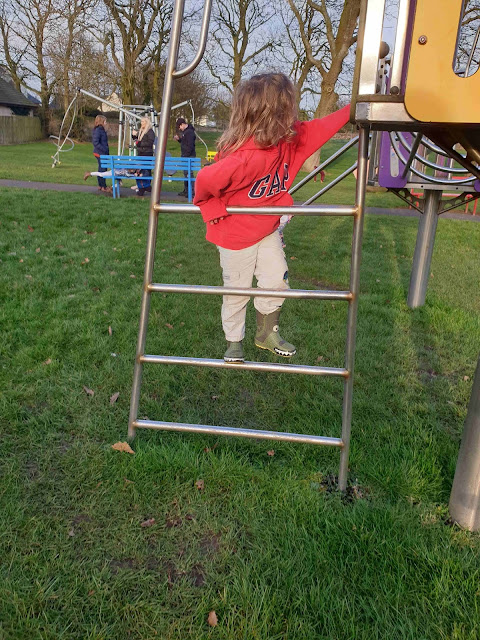 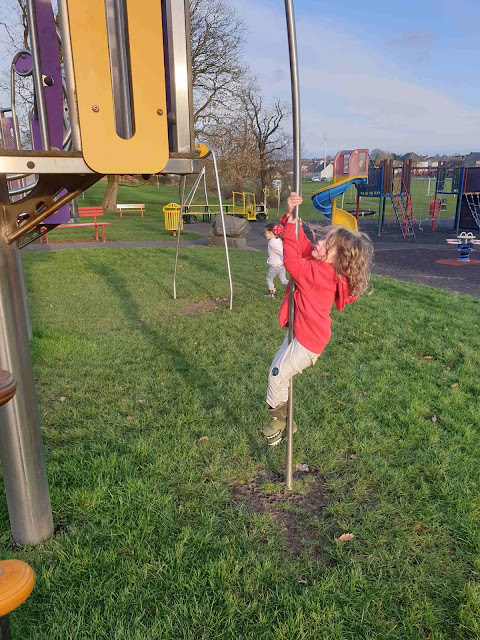 They spent ages with him in and her pushing. 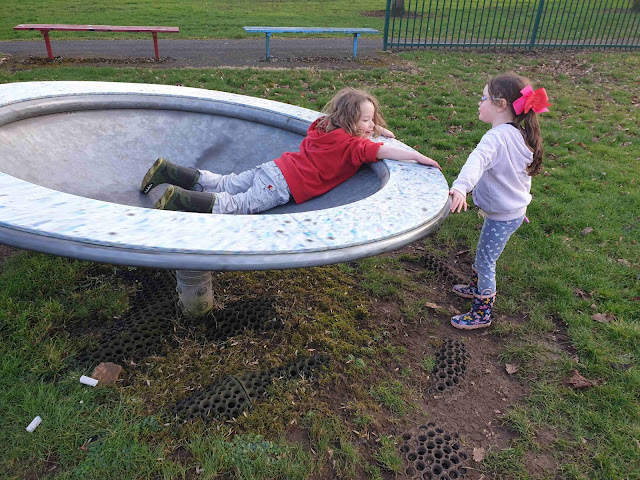 These two brought their baby sea turtles to play on the swings and slides with them.They had races to to see which one would go down the side quickest.  Spud is seriously into baby sea turtles, they fascinate her. Auntie H made her the top she has on with a baby sea turtle on it. 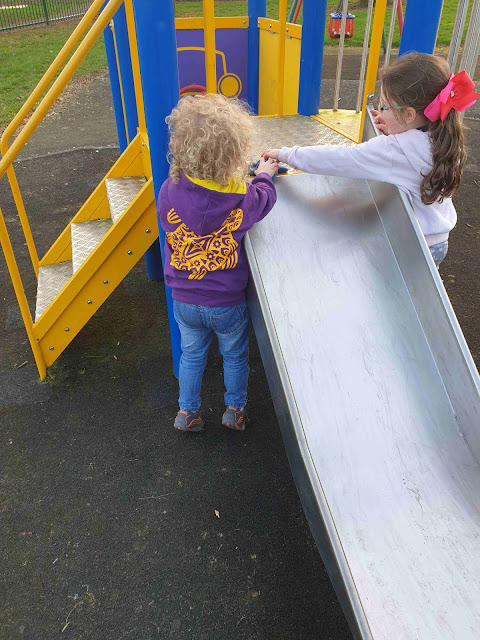 Up the slide and down the steps, how else do children do it? . 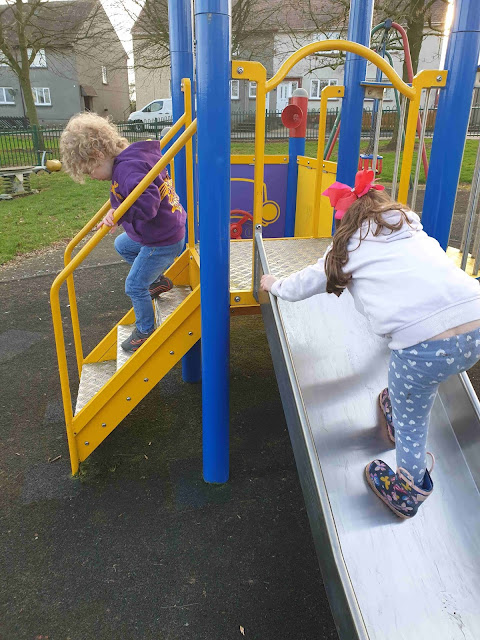 Little sir dare devil, copies what all the bigger kids do. 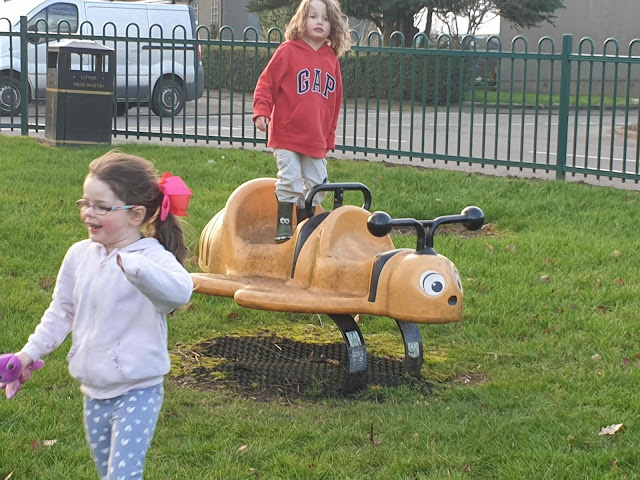 There is a semi circular path that goes up and down a hill  and rejoins the main path. They love to go round that way. Poor Spud tries her best to keep up with them but she just can't run as fast. 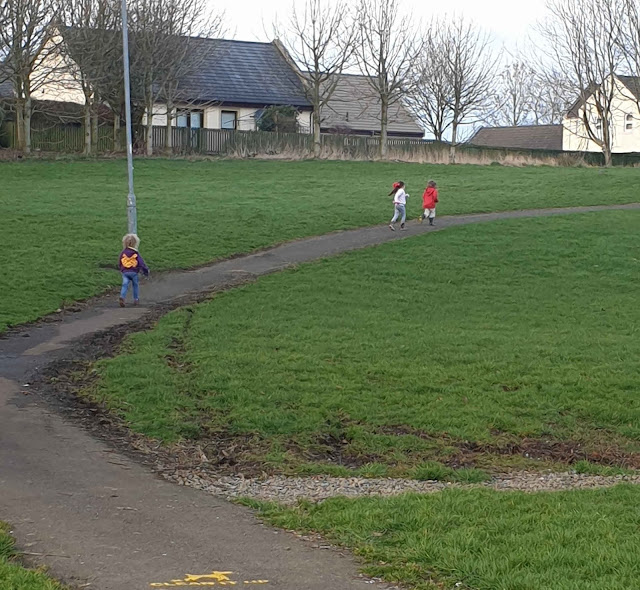 Hiding ready to jump out and give me a fright. 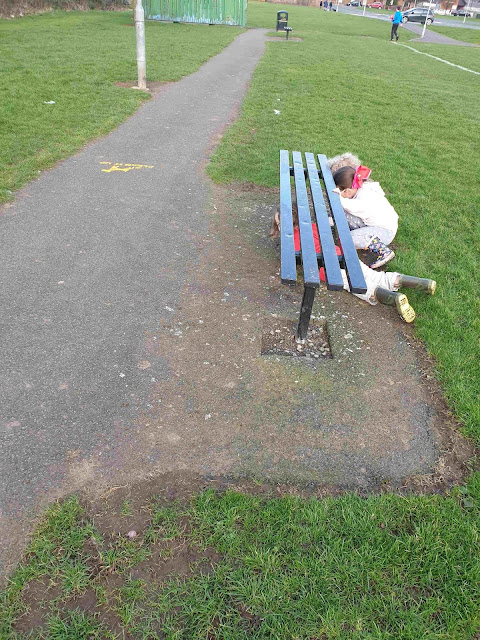 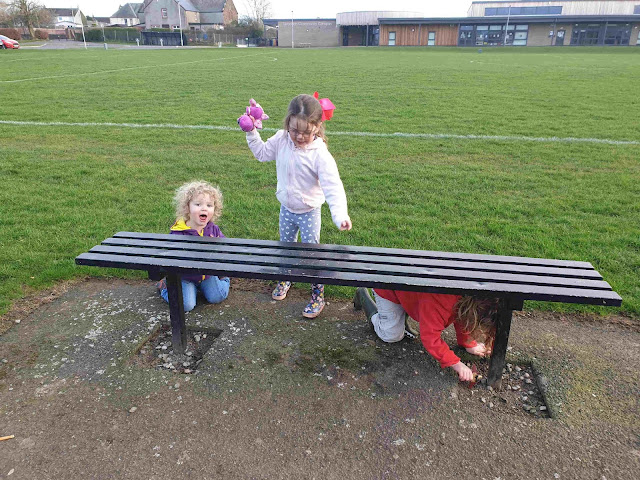 So that was us headed back home for their tea.
Posted by fun as a gran at 21:29