Been in general another nice week here weather wise with lots of out and about.
A birthday gives us another teenager in the family.
Hubby has been making a huge effort with his diet since his last diabetic review and his moods are vastly improved with much less exploding over nothing.Much more the man I married all those years ago. A win win all round.

Something different to take to work and do in my break. DD2 bought this for me to do. Not as big as it looked in the picture. Been a long while since I have made a latch hook item. 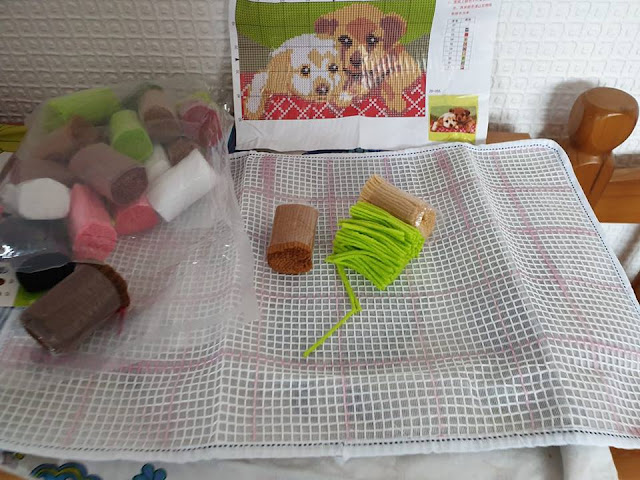 Somebody locally was giving away a brand new unused space saver tyre and wheel that will fit our car, so another friend took it in and we went down to pick it up. Walked the dog round the beach park at the same time.
Did take a few other pictures focusing on the buds but liked this one with the sun setting in the back ground. 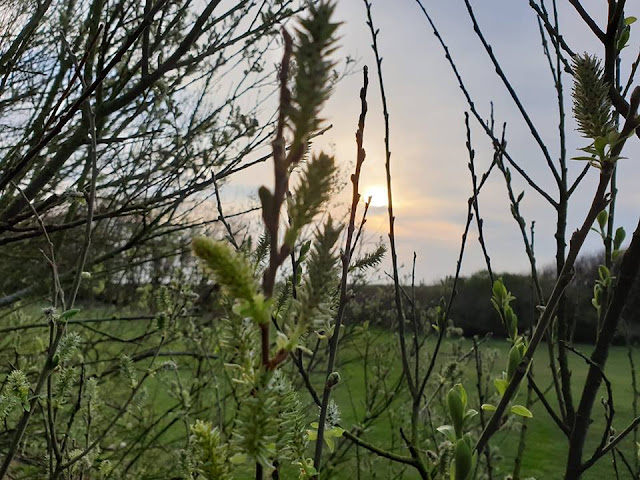 Had hoped for another walk today but it rained, and rained and rained, so I stayed in and knitted.
Made Bob's cake for tomorrow.
Cannot get the colours to come out right on this. The bottom half is actually a nice lime green colour, very similar to the colour in the multi stripe, not a muddy sort of green. 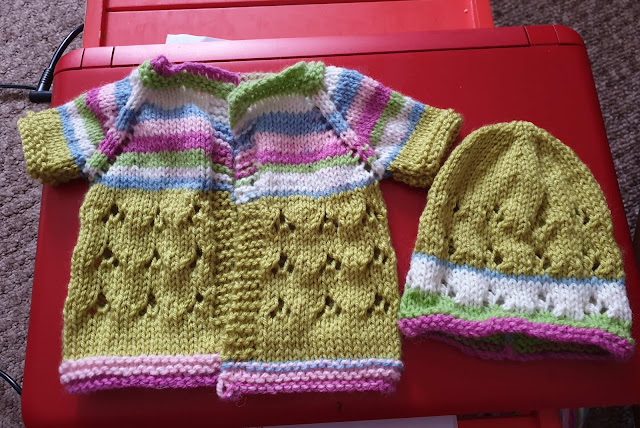 Went for a walk when I had finished in the town. Walked through one of the local golf courses, round the main road and back again.
Home to decorate Bob's cake and take it down. Thirteen today, time has flown. The butter icing was suppose to be bright purple and despite putting in the whole tube it just went a muddier shade of muddy brown with every squirt I added. Never worked with the Koko spread before so it may have been that. But it tasted fine and he was happy with it. Think he just takes pity on an old woman!! 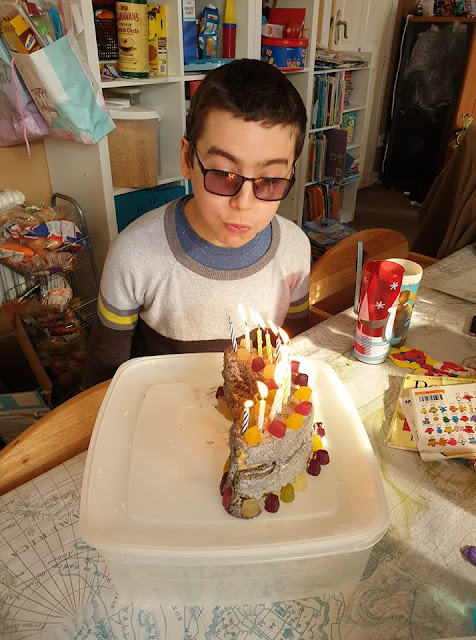 Had an occupation health appointment for my hands, filled in a form about six months ago and eventually got to the top of the queue. But my hands are vastly improved so nothing much needing done.
Did mention my ongoing issues with the throat, ears and asthma but that is not her area of speciality so need to phone and make an appointment.
Before my appointment I went on the monthly ladies cycle ride. 6.88 miles up and down hills. There was only three of us, the leader and two participants.But small numbers make for easier conversations as you cycle. Was a lovely afternoon for it.

Hubby has been painting the sheds over the last week as he does every Spring. Job ground to a halt until we go and buy more paint next week. 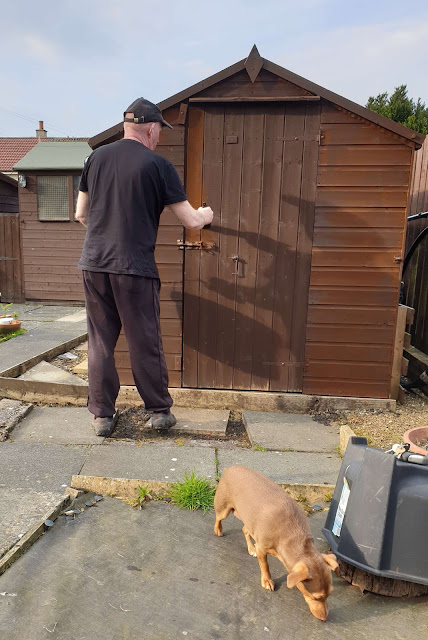 DD3 has the day off as it is a bank holiday so she asked if I wanted to meet up. Makes a change to be able to spend time with her. The roads were very busy driving in with a lot of caravans on the road, all flocking to the coast for a holiday.
We wandered the shops, buying next to nothing and raked the charity shops as well. Bought a couple of knitting patterns and had a look in a wool shop at all the very nice wools. Will go back and buy some to make Christmas pressies for the grandchildren.
Wandered back to DD3's house via the beach and parks. The beach was very busy. Did over 7 miles in total. 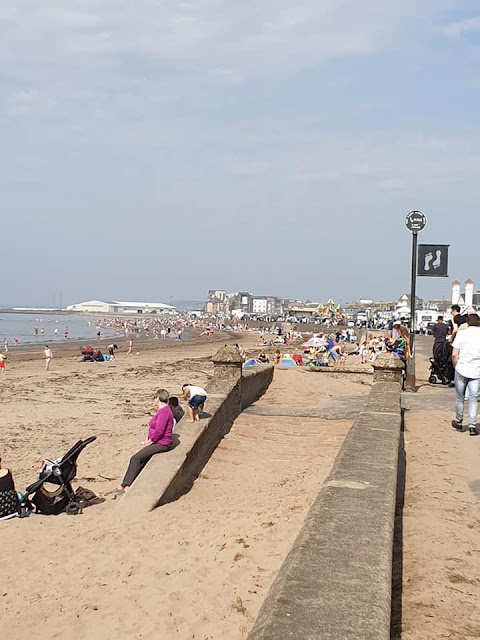 Wandered down and watched the three wee ones while DD1 went and picked Bob up from gymnastics, popped them in the bath and we had lots of laughs while they played silly.

Managed to burst the 500 miles this week. Sitting at 524 miles . Not bad in 14 weeks I have been doing it with three of those weeks out of action. My map is filling up nicely.

Not quite sure why but I cannot get my fitbit account and my map my walk to sync with each other so my fitbit does not show my bike rides. 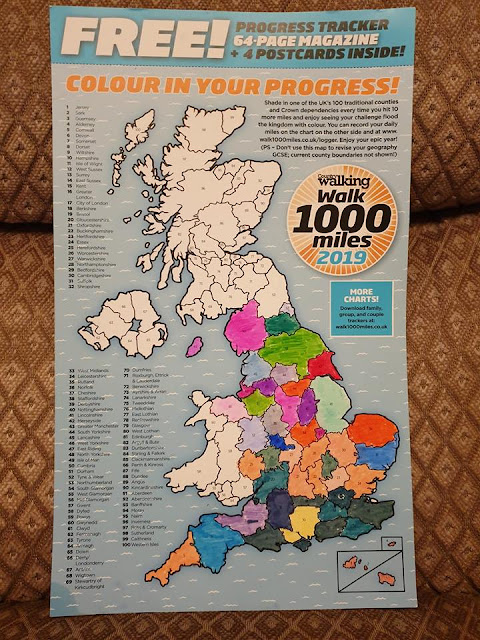 You are invited to the Inlinkz link party!
Click here to enter
Posted by fun as a gran at 07:07