Been a horrible week news wise, a child dying alone because of the rules the NHS have to have in place, and then the funeral with no direct family who could attend...such a heart breaking time for any family. Doctors being forced to chose who lives and who dies.

The setting up of the arenas to double as hospitals really hits home how bad they think it will get, lets hope they are wrong

I have been pondering over making up two hospital grab bags in case things go wrong as there is no getting anything to you after you are admitted. I see you are being encouraged to make sure you have a phone charger with you as it will be the only means of being in contact with your family.

I see all the small local shops now have perspex barriers at the checkouts to help protect staff.

Despite everything the time still seems to be flying by.

My first Sunday shift back at work since September, only four hrs as used the last two hours of my holidays. Managing fine at work although it is getting chaotic with various changes put in place due to things changing daily. It is times like this I am glad I am not a Manager or a Supervisor.

Home via DD3's doorstep and a talk to her over her balcony. She had managed to get me two loaves when she got her own shopping.

Helped hubby out with some bits and pieces in the garden, got my uniforms washed and out on the washing line, and walked the dog in the evening. Hubby has filled in the rectangles he built with friend late last year and popped the pets trees on there. He also spent time creating a carrot patch which is part of the potato patch. Has put chip stones down in front of the middle shed as it floods every time it rains. 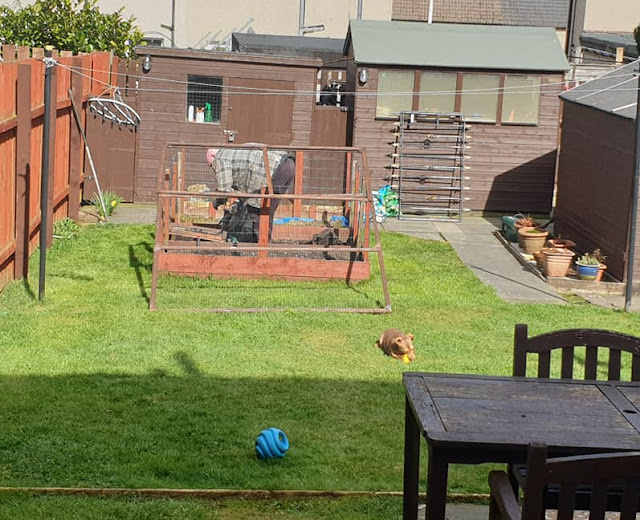 A morning walk with the dog to post Kim's parcel.
Made some rice pudding in the slow cooker to use up the last of my black bananas, bananas go quite nice in a rice pudding, give it a try before you say yuck.

Finished off another prem baby item, a dress this time. 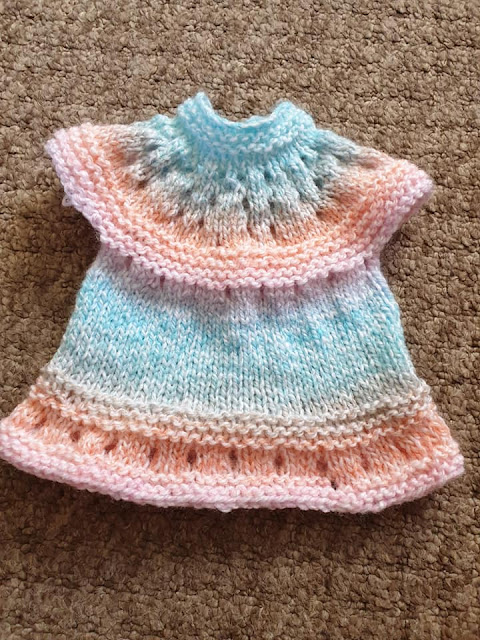 A phone call to GP as I am still coughing with a drop in peak flow evenings and over night. He decided a course of steroids was the best course to take but said the prescription would take a few days to get through the system, but as I always have an emergency supply at home meant I could start the tablets I have and will pick the other ones up later on this week.

This then left me with the dilemma as we now have three levels at work for our own protection.  The red for clear off home and dont come back for twelve weeks. This states anybody taking steroids of more than twenty mg, my dose is 30, for short term should not be working. I had to clarify this with occ health as it does not say what short term translates as. Thankfully they came back and told me seven days or more so as I only have five days currently I can keep working. Last thing I need is another twelve weeks off work.

Took dog down the woods for a walk, must have seen six other people while we were out, some in the distance and three we passed with  more than 6 ft between us.You use to be able to go down here and never meet anybody but about the only place to go without a car from here so it is getting busier.

Doing more miles on my exercise bike and some cross stitching.  Started watching What Remains on BBCi player last night and finished it this afternoon, only four episodes in it with lots of red herrings and twists and turns. An enjoyable watch. Big issue is so much on there does not have the subtitles on it despite the programmes being shown with them, and hubby always uses subtitles so watching some of these programmes by myself.


When a decomposed body is discovered in a loft, Detective Len Harper begins to question the residents of the flats. Who was she and why had nobody noticed she'd disappeared? 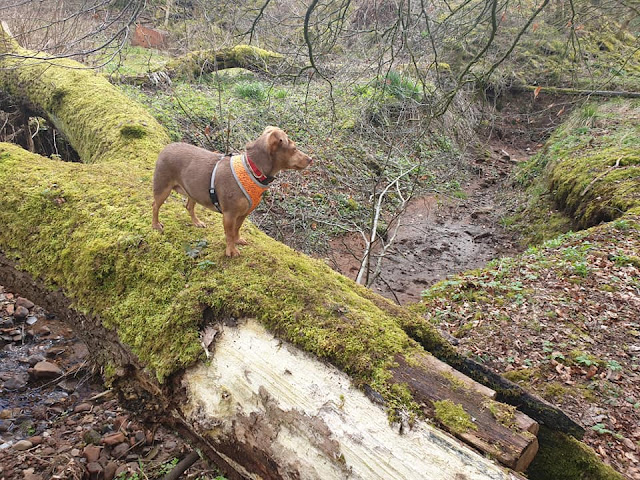 Had a Facebook call from Ziggy who showed me her new puppy and her new bedroom. Quite difficult to see when you get the camera about an inch off what she is showing you but was nice to see her and hear her voice.

1st April, my blog turns ten on Sunday, so did a daft April Fool giveaway, that really is not such a daft prize currently. You can enter here.

Was going to leave shopping till the end of the week or start of next week but by then I will be more at risk due to the steroids. So decided to go today before they kick in too much.
Was going to do a freezer shop as well but managed to get mince, chicken and lots of reduce price sausages in Sainsbury. Still needing to queue round the block but moved in quite quickly. You no longer pick your trolley up from outside as they are steam sterilising them and handing them to customers. I had gloves on regardless.

A walk round the block with the dog. Home for a sleep as I was knackered. Not sure if it is the lack of sleep and a sore throat from coughing but just do not feel right. With two days of steroids in me I should be buzzing.

Had food in the fridge but could not be bothered cooking, was 7pm before I realised what the time was. So we toast and the other half of last nights tin of spaghetti.


My total mileage for the #walk1000miles as of Tuesday night now sits at 458.11 miles. Since the lockdown a lot of this is made up of exercise bike miles. Just over 160 miles last month. Nearly half way to the 1000. 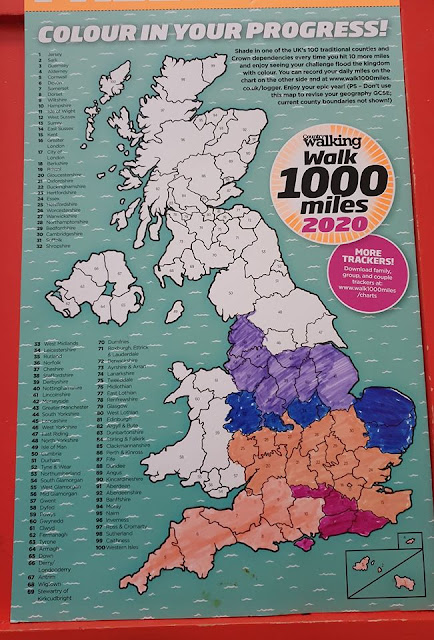 Needed to tackle the fresh meat I had bought. The sausages just got popped into the freezer still in their packets. The chicken got split into two, I chopped all of it into chunks, coated it all in egg and then half in seasoned flour and half in seasoned bread crumbs. Now in four bags in the freezer. Somehow this morning managed to break the spindle part on my food processor, not really complaining won it from another blog giveaway nearly seven years ago, but had masses of vegetable peeled by this point  so I borrowed one from my lovely  next door neighbour that has sat in her cupboard for a number of years unused.  I swapped it for a piping hot bowl of bacon, lentil, carrot and leek soup that I had made
.
I turned half the mince into meat loaf to do hubby some meals and the rest into mince and tatties for me. Added dough balls to the slow cooker for me for tonight.
Also used a bag of chicken drumsticks that I had, cooked them first, then used the stock with a pile of veg and potatoes to make chicken stew. Love the flavour of drumsticks but not a big lover of the hassle of picking the meat off the bone while still hot on the plate, way to much bother. So cooled them and them pulled the meat off and freezer that is well ready to appear another night. Freezer now well filled for any emergency, well apart from a power cut. Just feel forward planning is so much more economical that convenience foods but still convenient.


Here are the three trees for the pets. 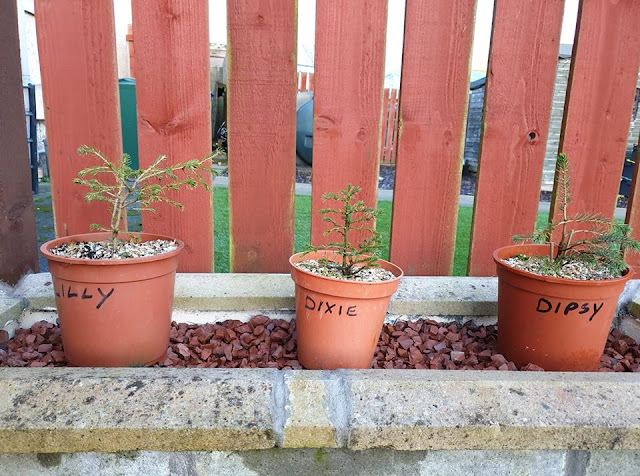 Set up my second celebratory giveaway, this time for a set of 3D Pop Up plywood models designed to help keep the children busy on lockdown. Had hoped to have more giveaways running, ten for ten years would have been nice but the others I was offered were tickets for various events on over the Summer that will no longer be happening.

Still feeling yucky but nothing specific I can out my finger on.

Got a message yesterday from the BBC, they had picked up on a picture I had put on their Facebook page when they had asked what we had done with our time in isolation.,of the rug I shared last week,  and wanted to share it on the tv. They also shared the fact somebody else had commented on the same post that she was "struggling with being all alone" and that she "had never felt so unloved in all her life." Her husband was checking in on her when he could but that had been her only contact,   So me being me I had pm'd her for a while, we exchanged phone numbers and I have called her a few times. It is nice to be nice and I think we could all do with some kindness in the current climate.

video share with permission from Ian Griffiths from the BBC

This is the cross stitching I have picked up and restarted. Probably half of it already done. I have a plan for this once it is finished. 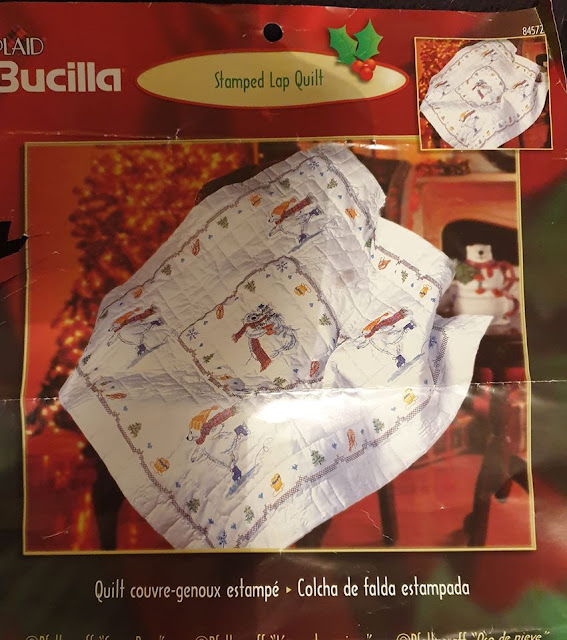 You are invited to the Inlinkz link party!
Click here to enter
Posted by fun as a gran at 07:18