Been nice this week seeing some of the survivors of covid 19 on the television. Hopefully their stories just might tip the balance and stop a few more people from going out more than they need to.
The mass burials in America seem so barbaric, but if it is only way to do it then I guess it has to be done.

The police have been seen round the village quite a bit stopping people and asking them where they are going.

Another week gone by so quick, though some days we have eaten tea at 6ish instead of our more usual 7ish. Means by nine it is feeling like past bedtime.

The village now has our own food bank thanks to the hard work and organisation of the covid 19 group. Contributions have been donated by most of the groups in the village as well as private donations and outside agencies.Some people in the village know where to tap into, great for the village for these people to be on board.  Amazing how caring people can be in times of a crisis.

A normal working day and home to do some cross stitching and then a bit of knitting.

Loved the sunrise this morning, such pretty colours. 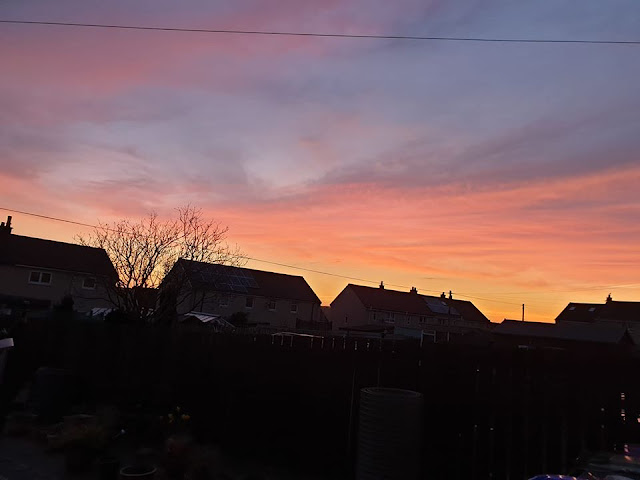 More cross stitching while listening to my current audiobook. The Boy in The Photo.  Hubby was pressure washing the fence before starting to paint it.

Both went a walk with the dog down to what we call Lilly's wood, didn't see anybody other than a few farm workers in the distance

Started watching Locke and Key that somebody else mentioned last week. The Jury is out on it at the moment but only watched two episodes 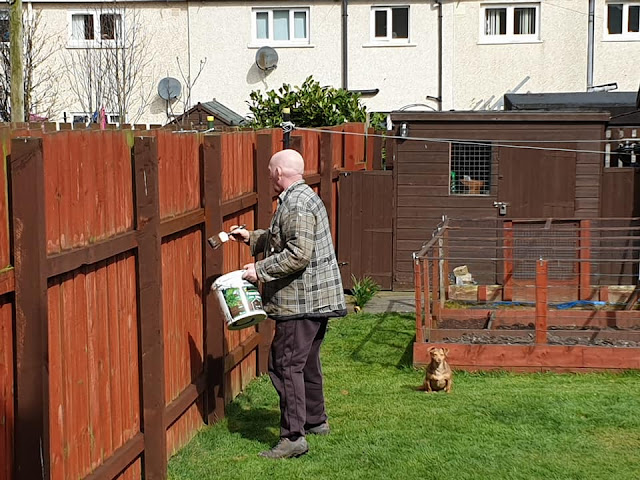 A Facebook call with a friend in the morning that is going through a very tough time, Just being their for her, sadly nothing I can do to help her apart from being an ear. I can't go to her and be a shoulder to cry on or take her for a coffee.

Plenty more sewing. Finished watching series 2 of London Kills and caught up with The Nest while hubby was out in the garden. getting on with stuff.

A walk down the woods with the dog. Notice the difference in my breathing, managing back up the hill much easier than a few weeks ago.

Home and made a cake that fell apart coming out of the tin. Still tasted yummy. 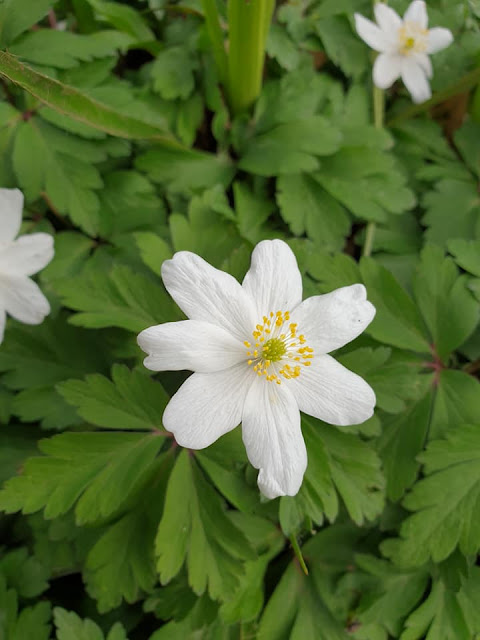 A trip to the shops just before 8am. Needed fruit and veg, tin foil and food bin bags.

A load of washing that got hung out, a walk round the village with the dog and some sewing in between times.

Started watching Liar series 2 on Netflix, a tad confusing because it keeps flashing back to "3 weeks ago" lots of times as well as 8 yrs ago etc.

Got a competition prize through the door, no longer doing decoupage but will find a good home for them at some point. 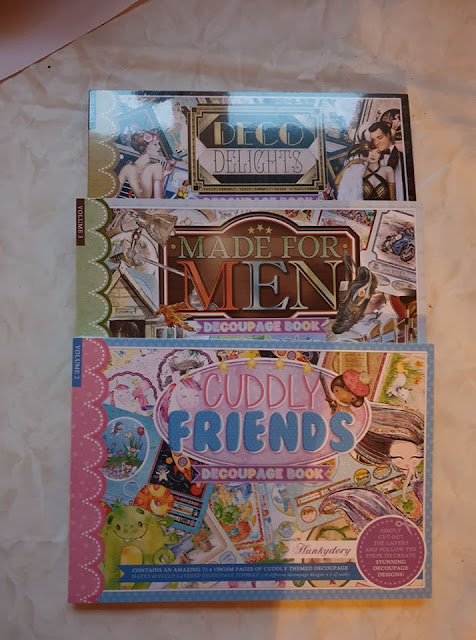 Still got a sore stomach, day three now, must have eaten something on Tuesday that did not agree with me and I am still suffering.

Didn't go anywhere or do overly much.

Knitted this wee doll the other night, took me about an hour to knit, took me another hour today to stuff and finish off. Finished watching Liar while hubby was doing bits in next door's garden.
A lot of twists and turns and overall worth a watch.

This is an NHS domestic in uniform that I downloaded a knitting pattern for.  Hubby made her the visor. Was looking for shades of brown for her hair but I don't have brown wool, not a colour I have ever bought. 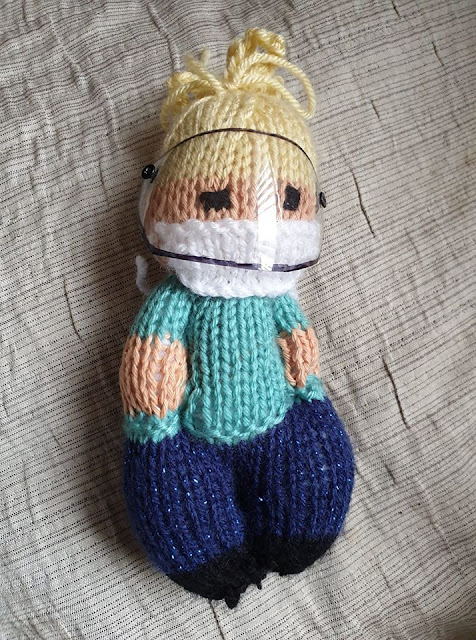 Posted a parcel, dropped by at DD1, picked up shopping for a villager while out. Took the dog a walk down the woods. I see the bluebells are starting to come out, just a few at the moment but another few weeks and it should look great.

Home to make some brownies while the oven was on cooking tea.

Today's weather was very muggy warm while we were out walking, but we did have some heavy rain about 6 oclock. 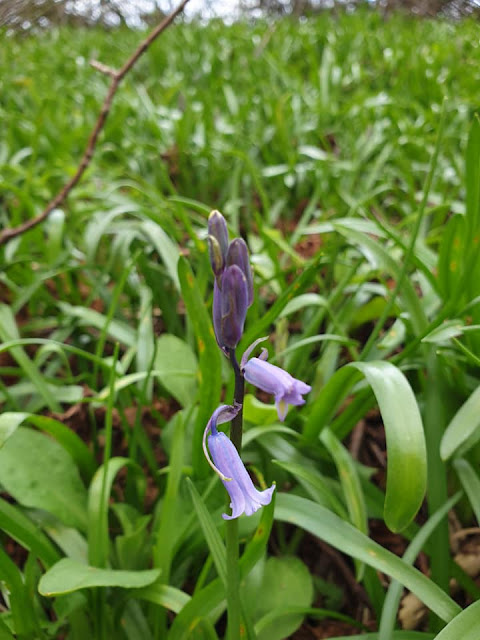 The hyacinths bulbs I planted back in January are doing very well. Brightening up my living room window sill. 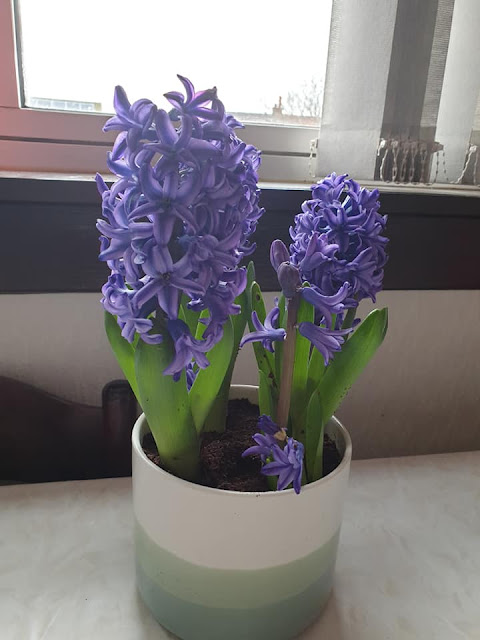 So a bland week here.