A work day and came home to defrost the freezer, not much in there apart from a few vegetable. A walk down the wood with the dog in the evening 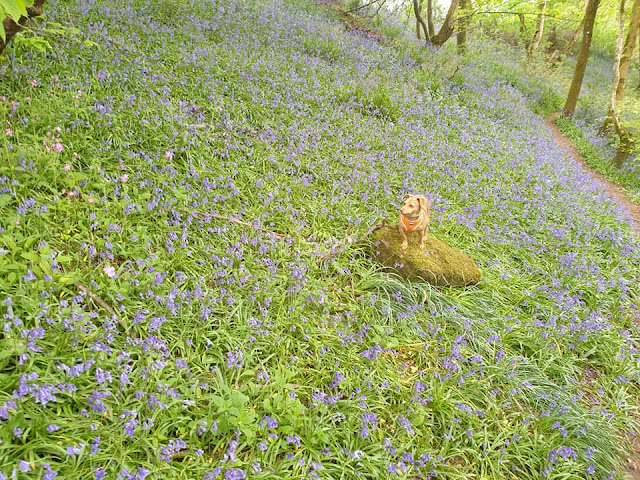 Going to get freezer food, easiest one to park near is in Irvine, local one in centre of town but would need to carry it to far to a car park, so decided to do our daily exercise while out and went and parked near a cycle path at the nature reserve.
A few walkers around but mainly cyclist, well it is a cycle path. 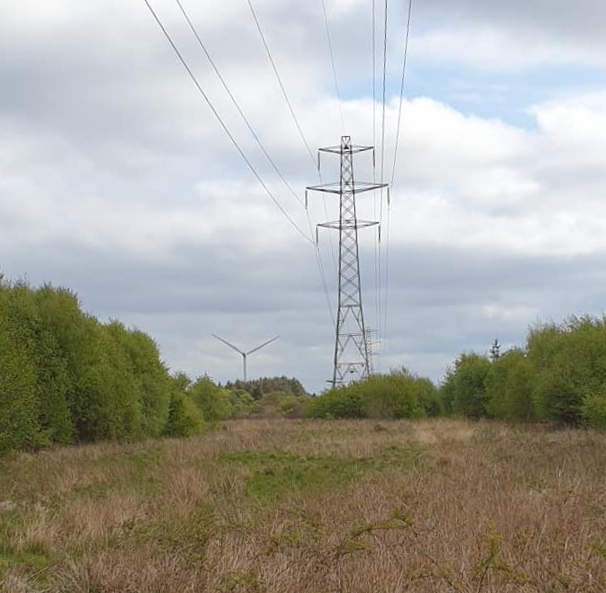 Bits and pieces of housework, some blogging and wandered off by myself down and round the fishery.
Walk after tea with dog and hubby.
Some knitting in the evening. 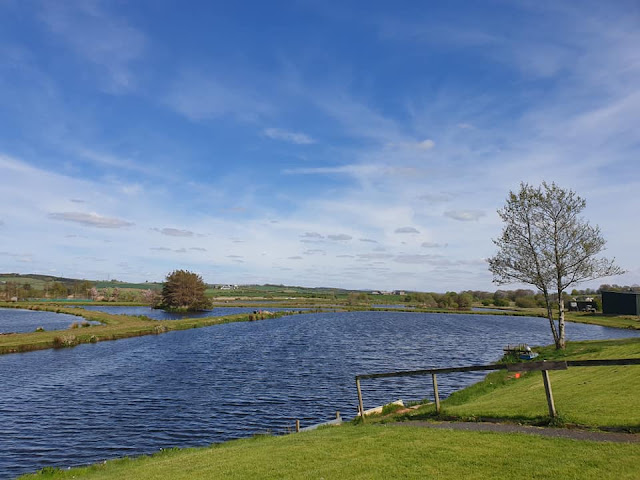 Went to do none freezer shopping today so went back to the same place as Monday and did the same walk again.
Dog enjoyed it and with few people to pass, everybody happy to do social distancing, then it was another nice walk.
Weather so far this week has been beautiful.
Crocheted the rainbows and the first the clouds were crocheted and the writing sewed on. The second one the inside of the cloud was knitted with the writing knitted into it and then crocheted the cloud shape on after. 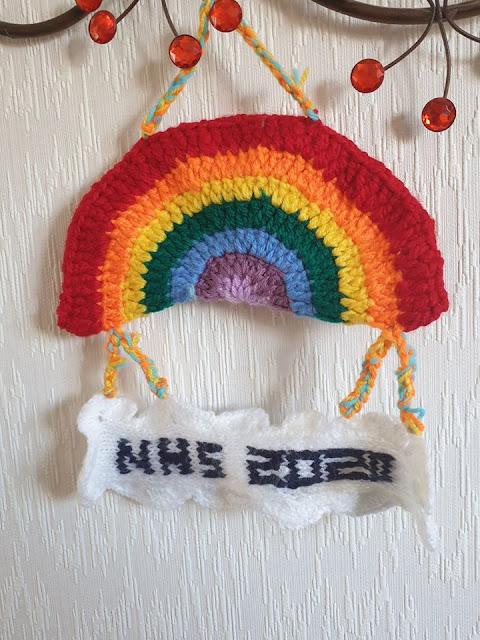 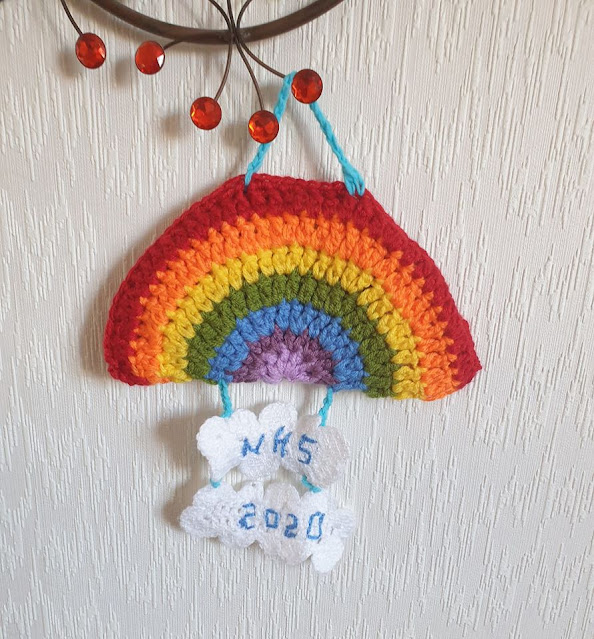 A drizzly day, had no notion to go anywhere so I didn't until 6pm when we walked the dog. Spent the day knitting and doing housework.
Got a competition prize today from Prestigious Car and MX Competitions over on Facebook. . Not bad I won it on Friday over on Facebook, they posted it on Saturday and the post man attempted to deliver it on Monday, but we were not in so he left a card saying was putting it into the local post office. Sadly the post office placed it into the bags for uplift so it made it's way back to the Glasgow before being redelivered today.
It is great been using it for various bits and pieces. Shame it only works plugged in and is not portable. 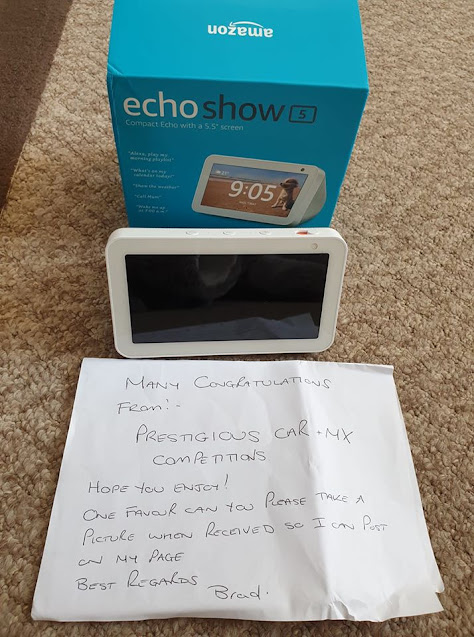 Friday
Bob has never broken a pair of glasses since he started wearing them about ten years ago until last week, and again this week.....so had to pop into the town with them again.
The girls were playing in technically a sand pit DD1 bought and filled with water. So I had to play catch with Spud and watch Dinky run from one to another when I picked the glasses up. Spud's hands were wet, the ball was wet and I had washed mine before leaving home so thought playing catch would be safe enough. 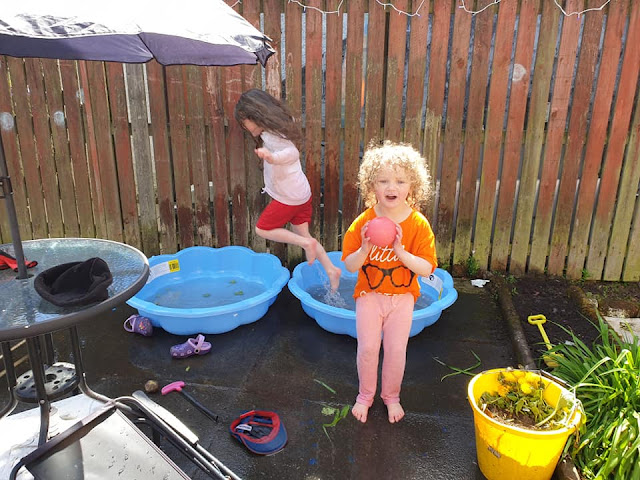 Saturday
A day at work and came home to another prize. This one was also being run on Facebook, thanks to a fellow comper who takes me in all sorts of key worker competition. For this one she just had to nominate a deserving person, and she won for me. 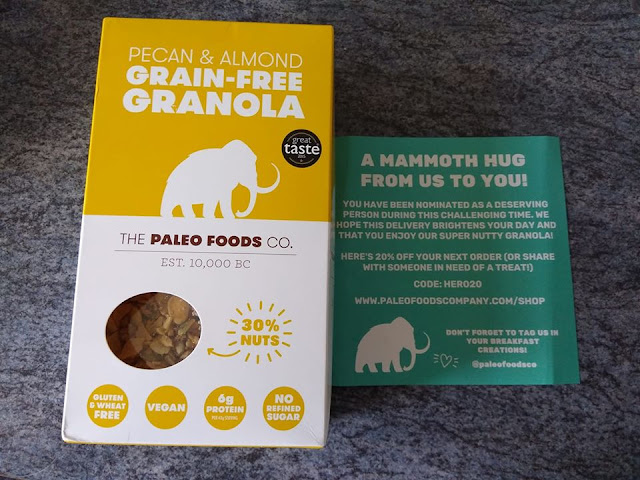