Another week of the grandchildren being busy when I was not, and me being busy when they weren't. Got to spend some time with the oldest and the twins but no Bob again, he was off having lots of fun with the other grandparents. 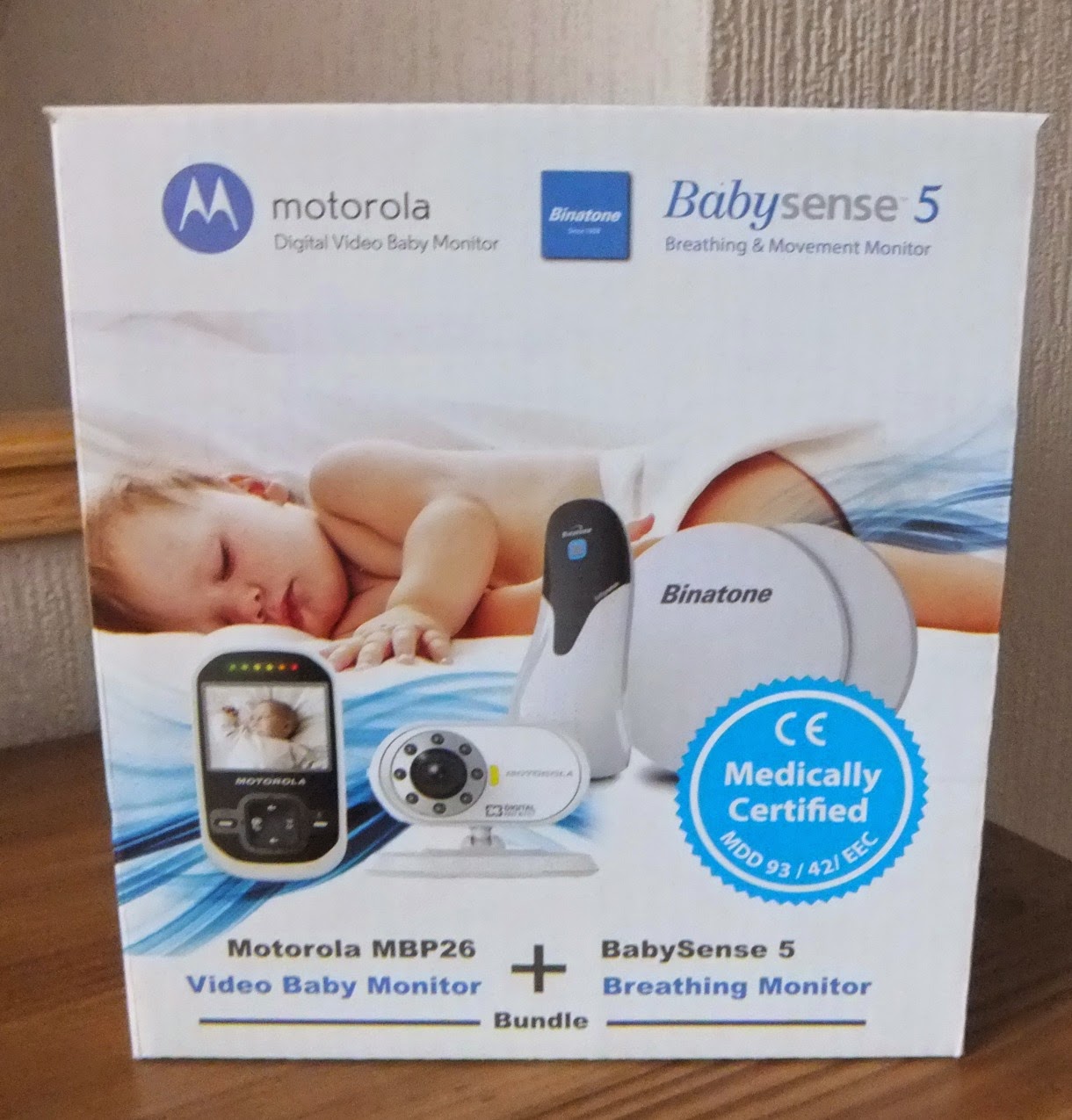 Not been a walk round the fishery for quite a while, it seemed a shame to waste such a lovely evening so off we went. Loved the sunset over the pond. No filters or anything here, just as it came off the camera. 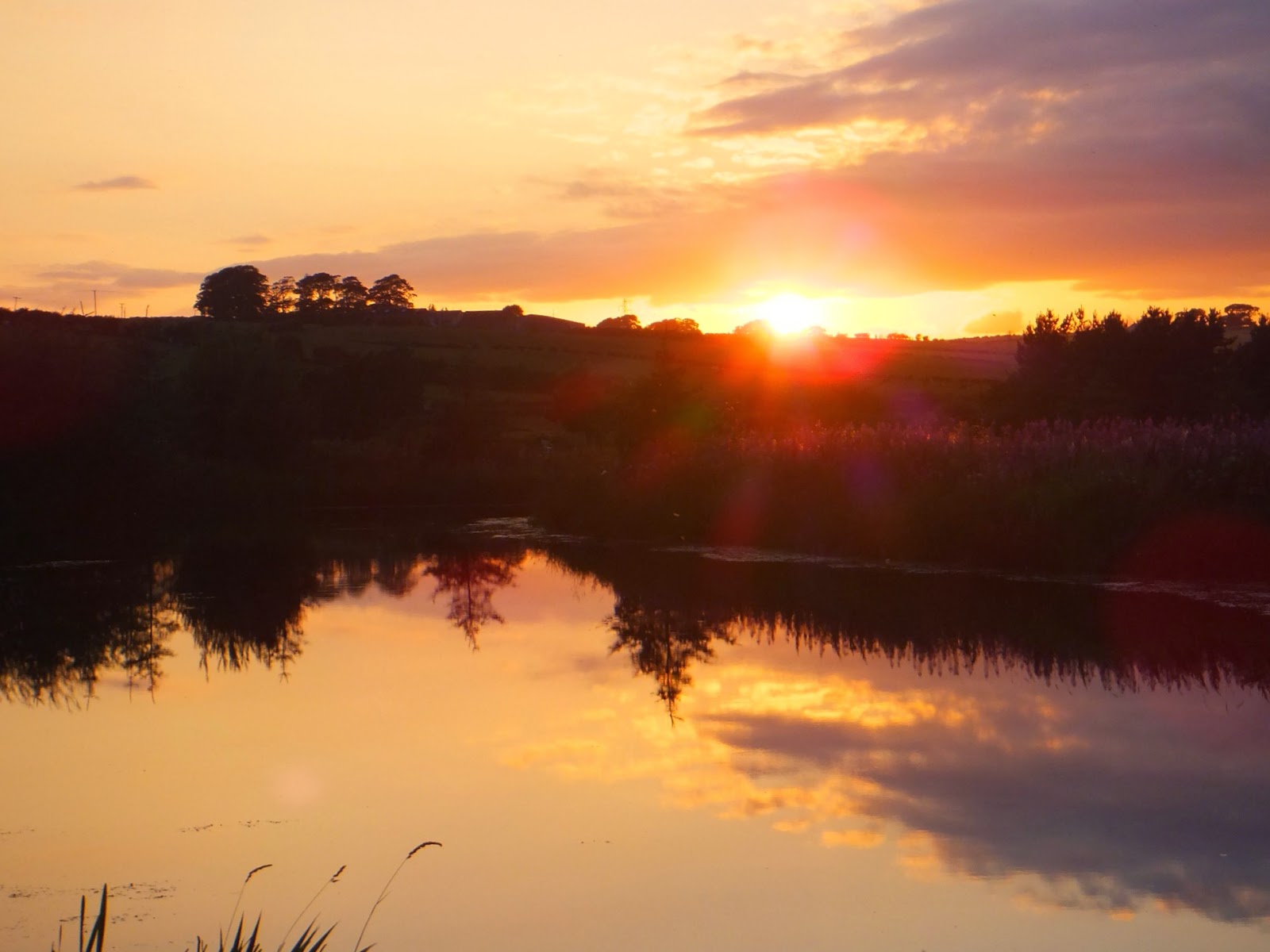 We placed three caches in memory of Shorty Dog back at the end of May. The first one we placed has had a few people mark it up as "Did not find", so I disabled it until we got time to check it out. But no it appears to have gone missing, so will need to replace it sometime soon. Daughter No3 was getting picked up in the town to come visit so we went and checked it out before we came home.

A visit day for Son No1 today. The weather forecast was for wet and windy so we didnt leave home quite so early to save hanging around in the wet - as is typical we hit two sets of roadworks, one lot that held us up for less than ten minutes,and the others held us up for over forty minutes. Still made it in time for the visit.  There is what is called an earth cache nearby, so we picked it up while we were there.

Daughter No1 phoned to see if I wanted a day out with her, Fifi and the twins (Bob was elsewhere) so we had a very pleasant day in the sun.  Here is Fifi sat on a book seat ( the seat is designed to look like a row of books)  in the Kay Park in Kilmarnock. You can read about our day out here. 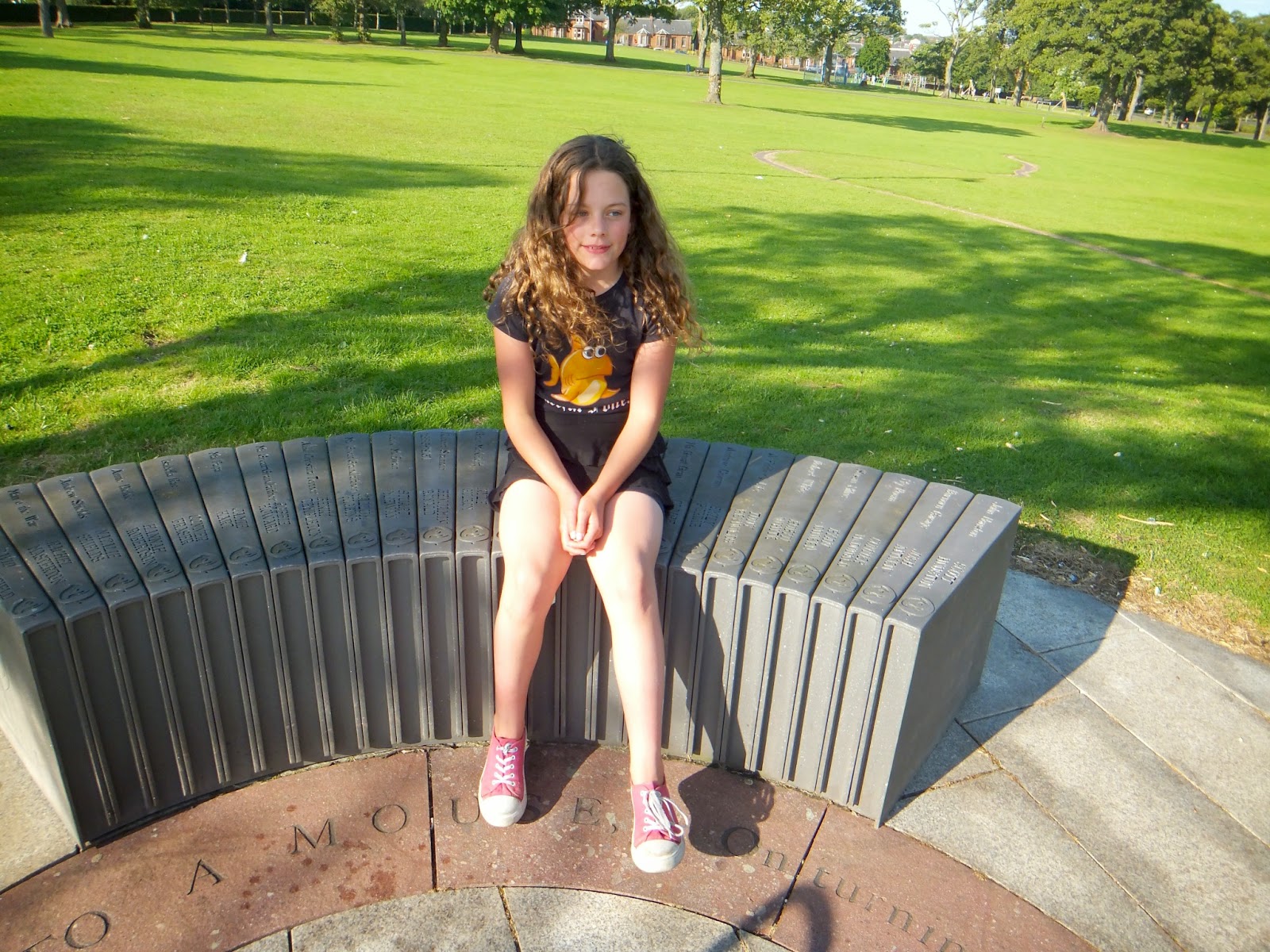 A rather wet day, not really suitable for the camera to be out, or me with it for that matter. But I captured raindrops on the gladioli that has come out in the back garden. 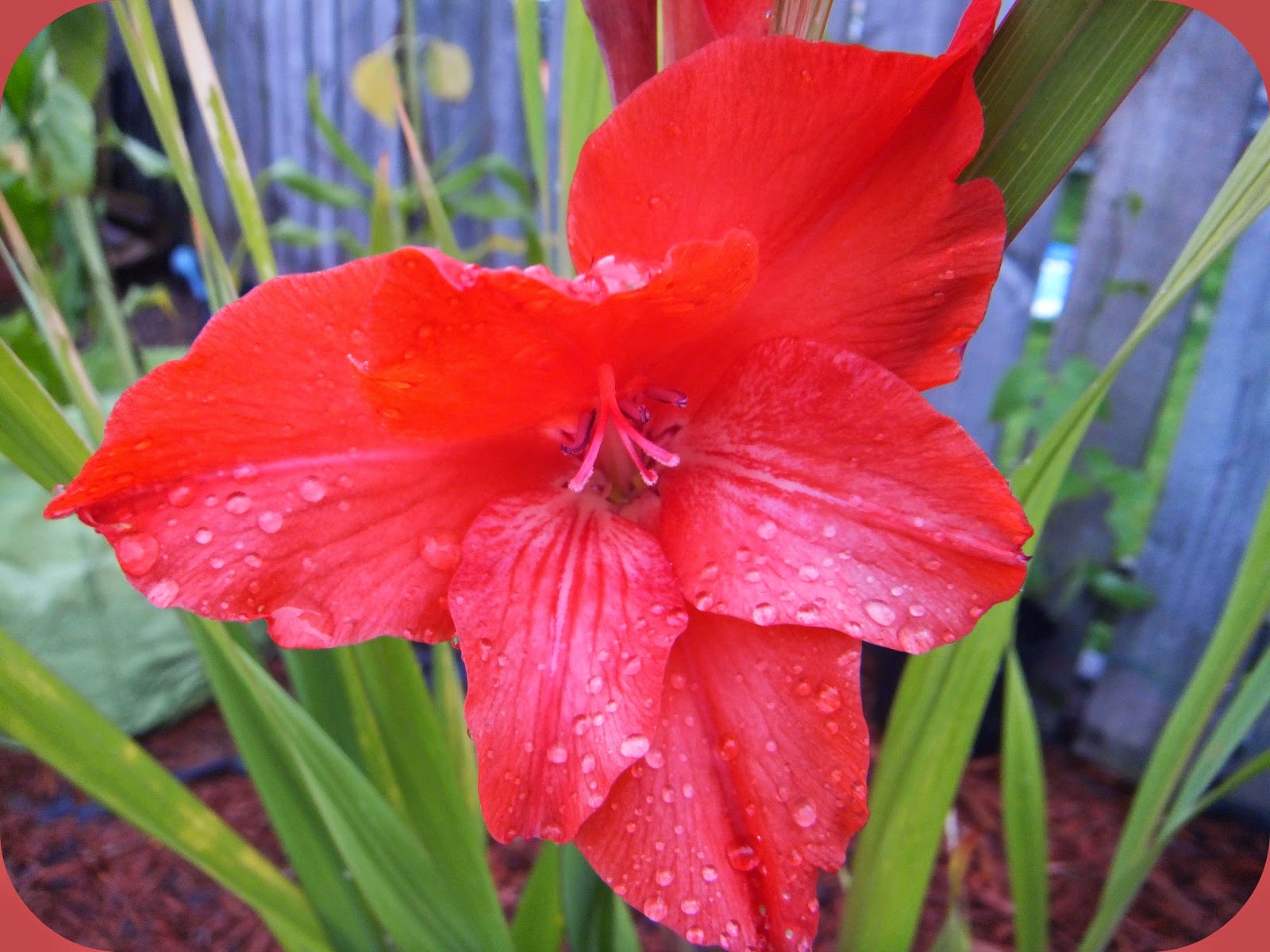 Last Friday I had entered a phone/e-mail in competition on the local radio station. I got a phone call back from the DJ to say I had been picked as the winner, but as it was Friday I was going to get a challenge with a chance to answer another question and win an extra prize. I had originally entered for one CD, but ended up with four cd's and the digital radio. Rather nerve racking being on air but fun none the less. 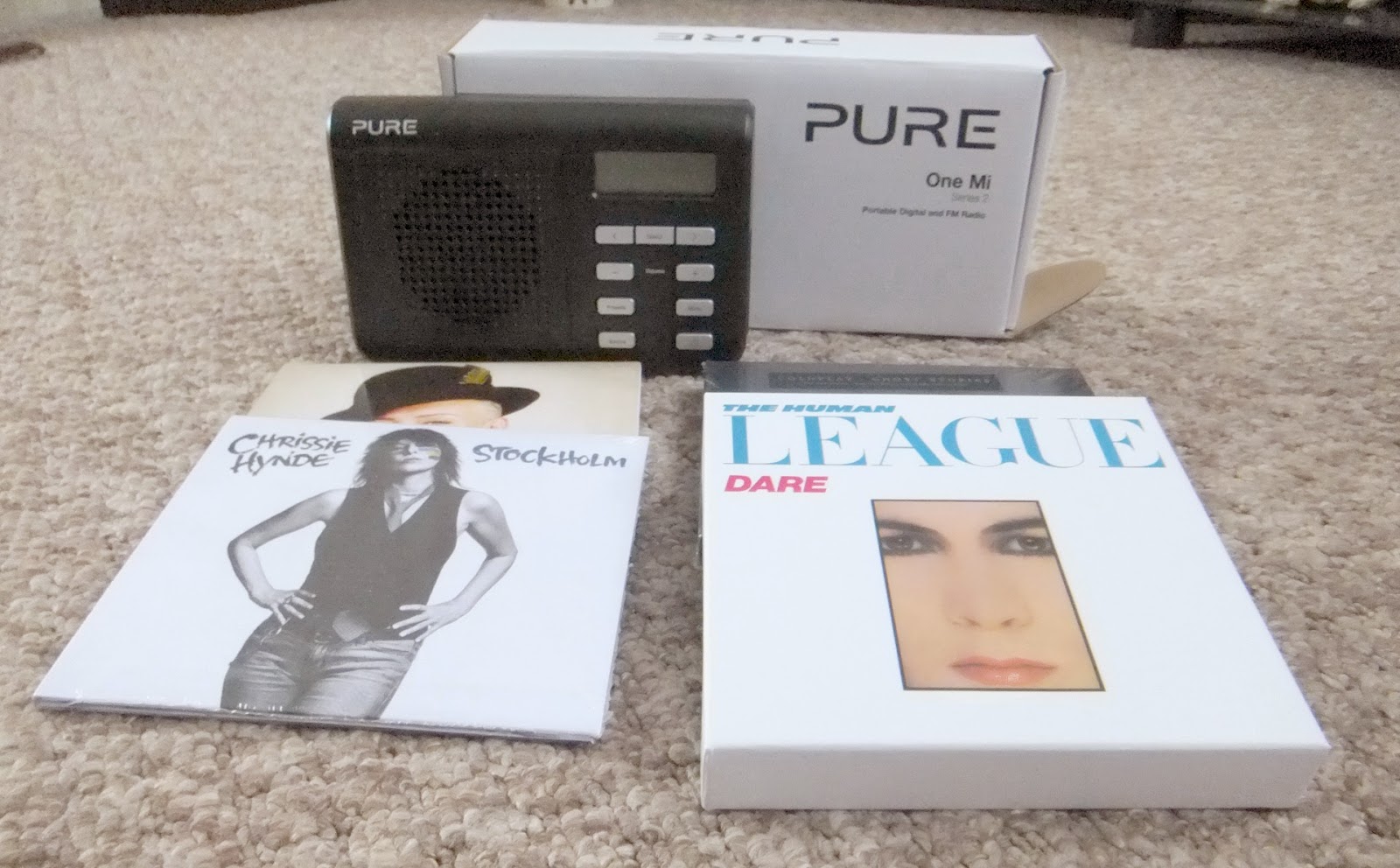