Well the count down to the end of the year is well under way, its November, six birthdays this month, not to mention our wedding anniversary, with just one more pay day before Christmas. Need to put some thought into what everybody is getting. Minky and Dinky are sorted, got some bits for the older two as for the rest not given it any thought yet.

Its been a weird week weather wise, from masses of heavy heavy rain to days warm enough not to need a jacket on.

I had had a moan at hubby that the mice must be back cos food keeps disappearing that I leave thinking I will eat it later. Came home to find they had eaten the last piece of cake, and not only that they are also intelligent enough to be writing notes. 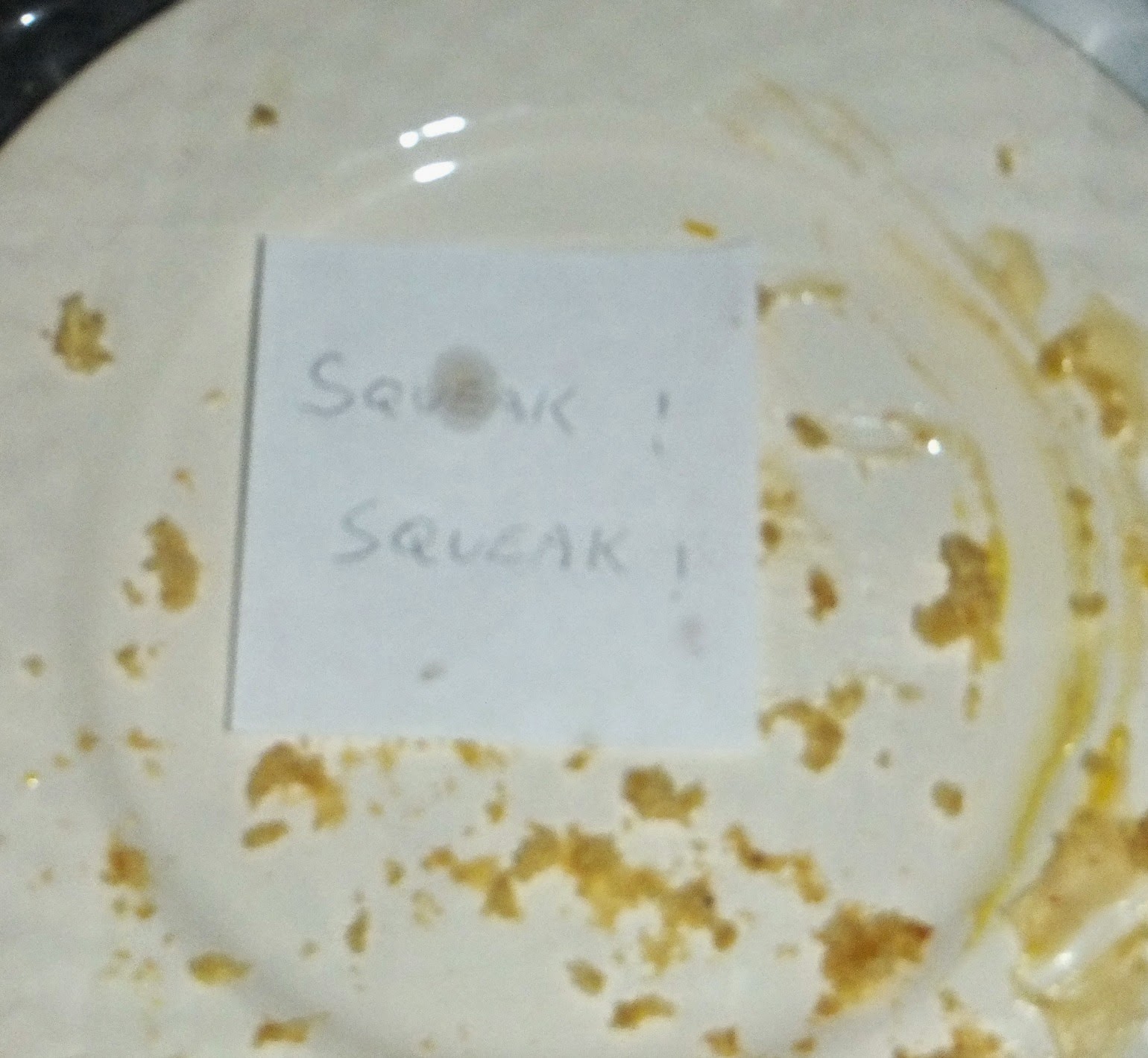 It is Fifi's parents evening, first appointment 7pm, last one 9pm, so rather than take all four children with her I said I would have Bob. Would have had Minky and Dinky as well but they are still fed at that time of night so she had to take them. Bob and I spent the evening playing the wii. He was up during the night with a sore tummy, did not want his breakfast and went home and spewed his tea from the night before up. 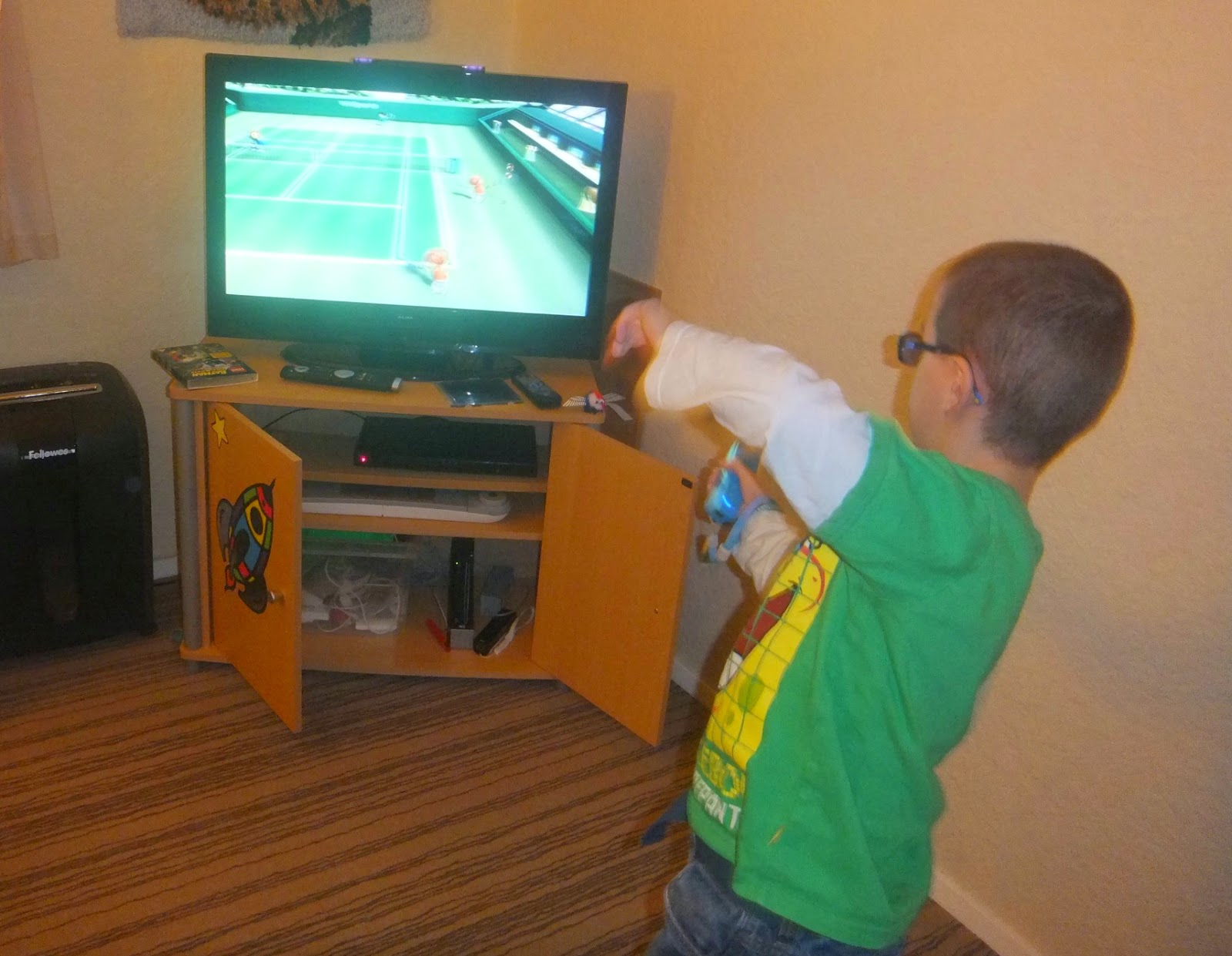 Love what can be found when out for a walk in the countryside. I forgot my camera so used the spare one that lives in the car. Very basic, does not keep the date, but works. Loved these small fungi that were growing,
Fifi was sick tonight as well, obviously something going round. 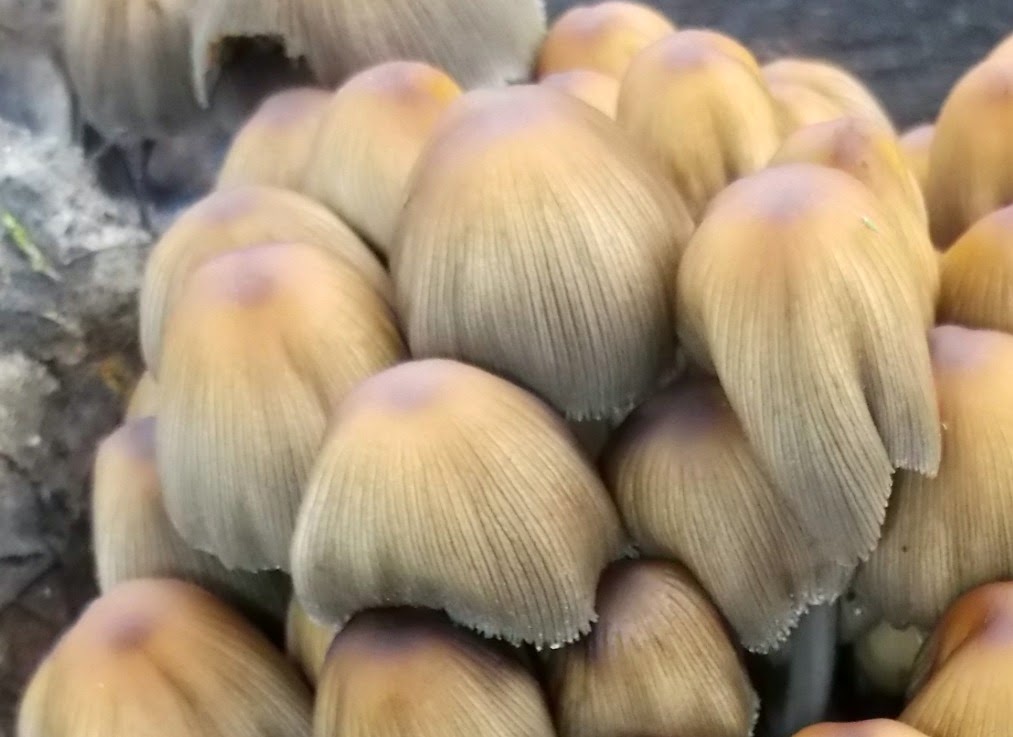 First time DH has been out the house since he came home. Still in pain most days but not much else they can do till his tests are done.

More autumnal colours, again the car camera as we had gone for some shopping not photos. Was planning on using a picture of the twins but they did not come round in case they were carrying the bug the older two had had as daughter did not want to pass it to hubby with him not being well anyway. 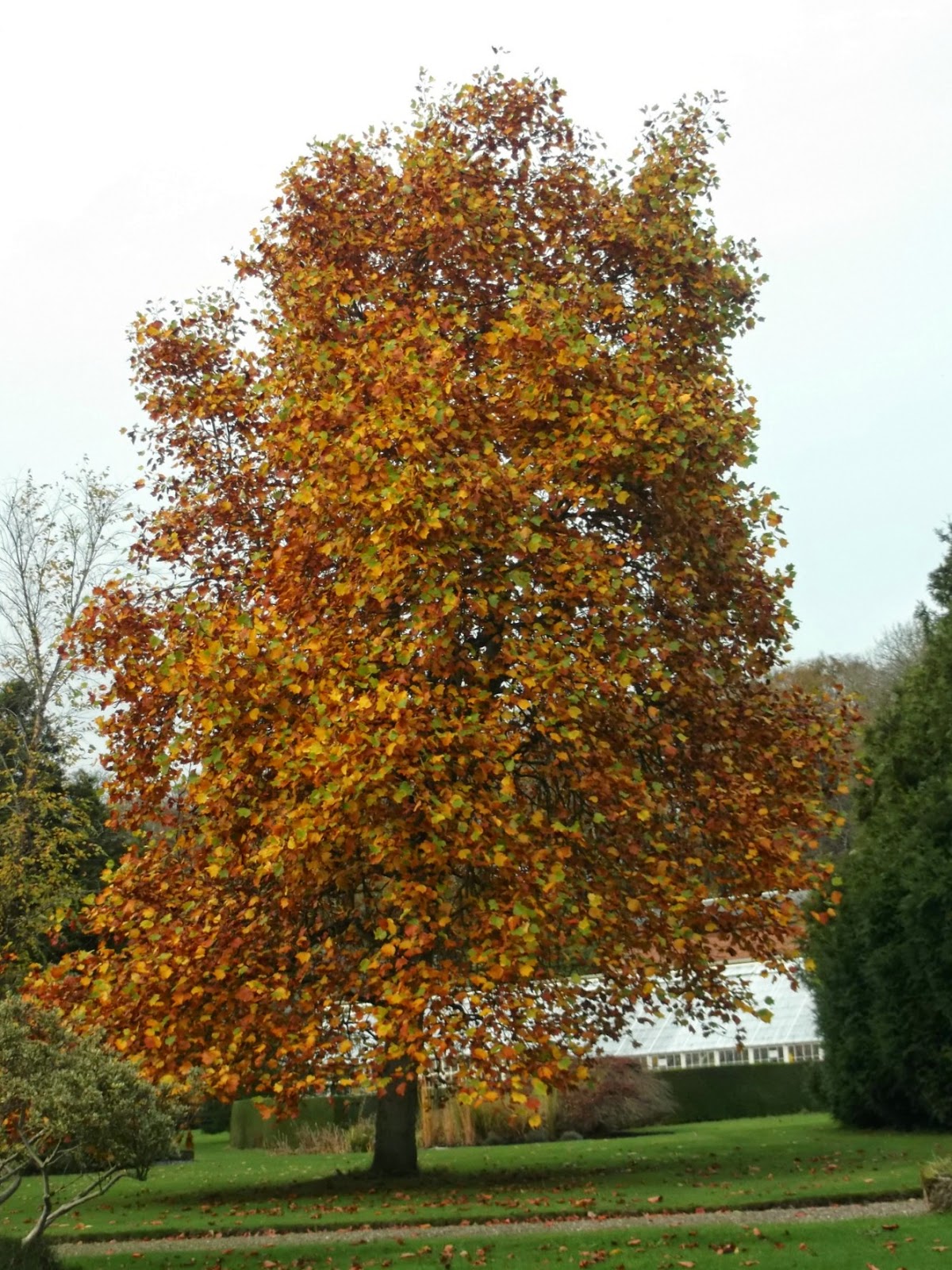 The children were over and we made up Halloween goodies that they were going to use on Friday while out and about. They both made a face mask, sewed a pumpkin and stuffed it, Fifi sewed a bag, they made the lanterns between them and decorated a box each, kept us amused mst of the evening. We played wii for a while and then they watched a film. 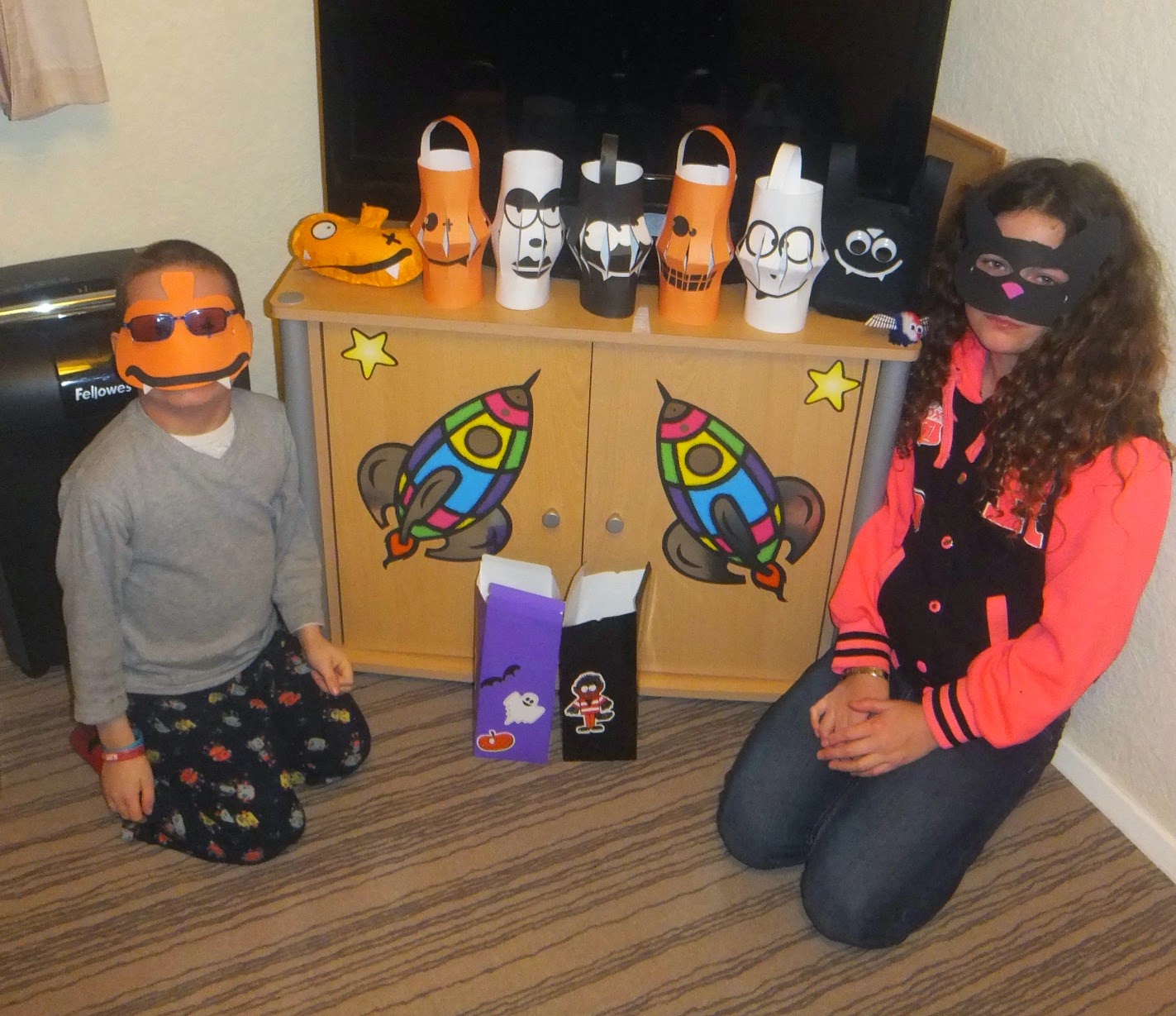 With Bob being home educated anywhere mummy goes Bob goes, and Friday as always is toddler group that mummy runs. Today was their Halloween party, so Bob went as Harry Potter, his glasses make a nice finishing touch. He went onto two other parties and then did some trick or treating. 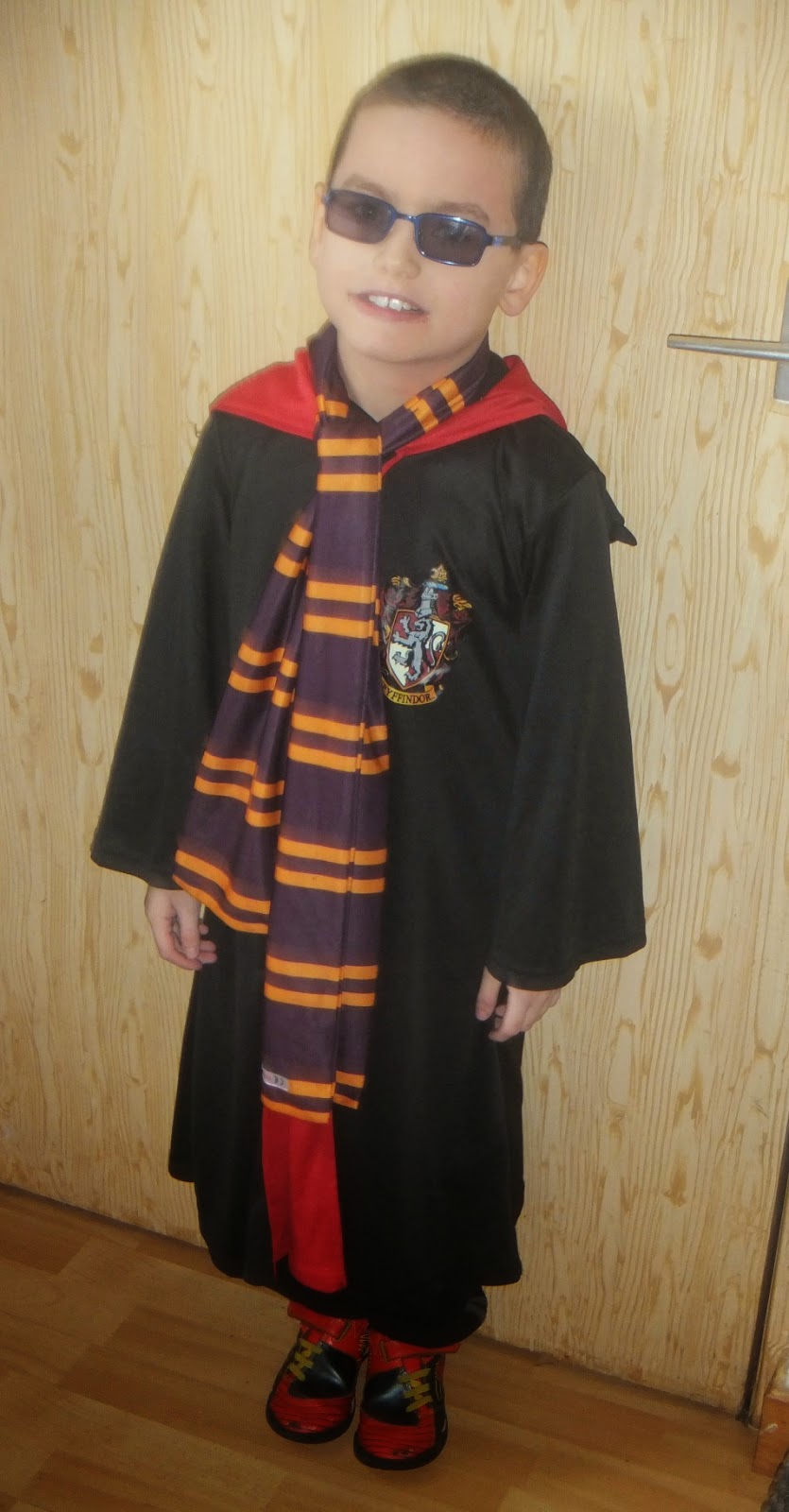 A day off work for me, have an odd days holiday to take so picked it at random.So we took a  trip to Auchincruive to get more leaves for the chickens, and went for a walk along the river while we were there. The rain has been quite heavy and the dam is overflowing nicely. You can see how muddy the water is as it will all have run down off the surrounding hills. 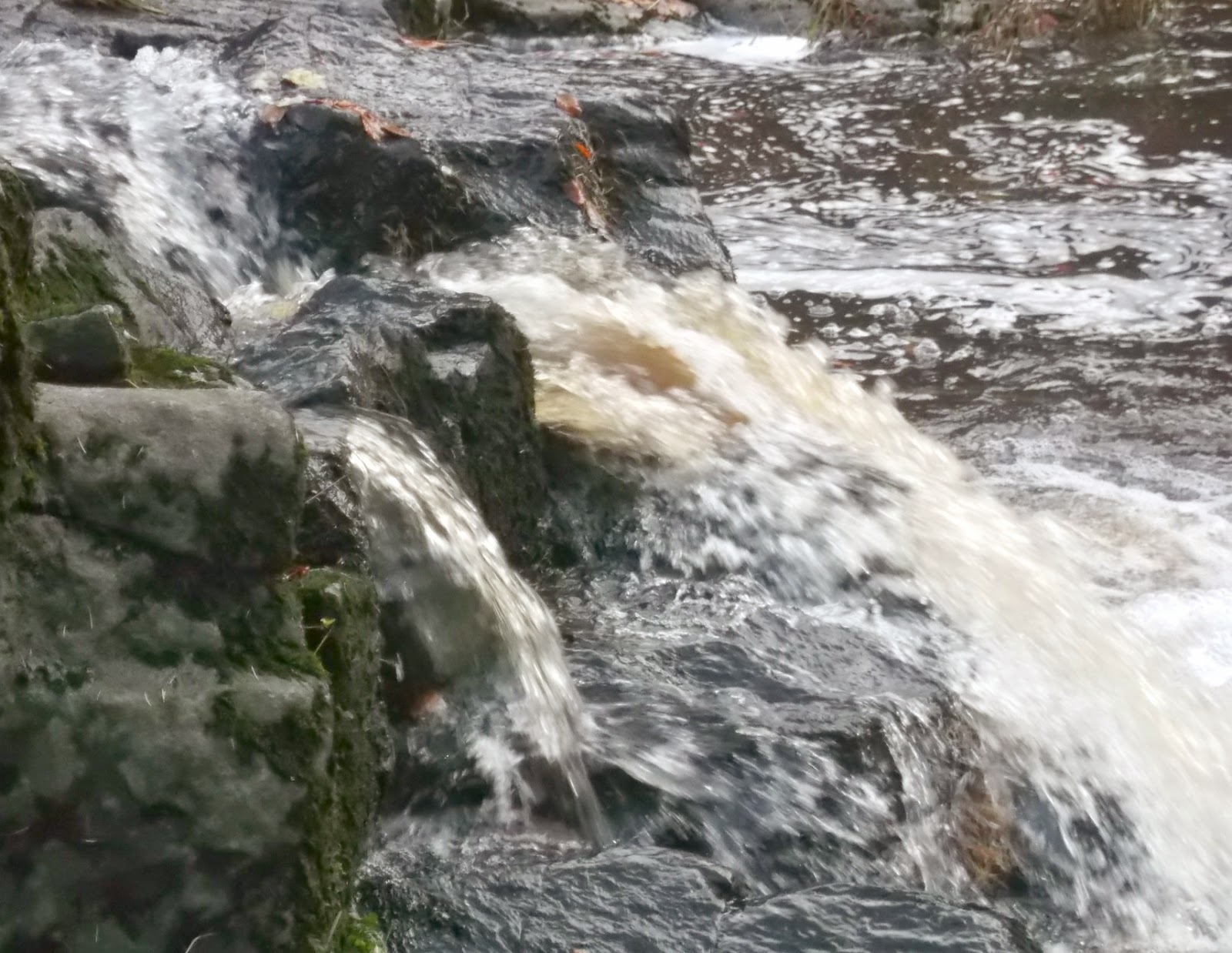 So this was  my week, what has yours been like?