Last week we had friends round for tea on Thursday night, the night the children usually come to stay. So they opted not to come round so I told Bob I would take him and do something with him on Friday instead. So as promised I picked him up and we decided to head off to Auchincruive, just a few short miles away where we love to go and walk.

So much of the estate is now out of bounds so Bob decided when we parked up next to what we call Bubble Man's field that we would head off to the left as heading off to the right just takes us to an open field. So we headed left and then right and went into an area the children have never been in before, and I have not walked round for probably fifteen years.

We came across a small area that was fenced off and had a danger sign on it. 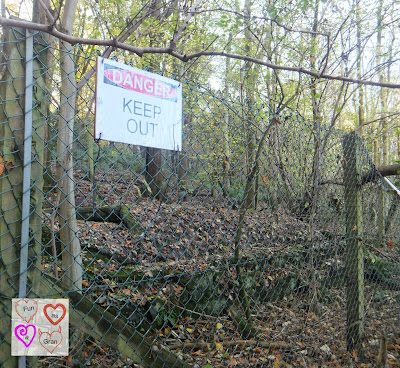 The fence was round some sort of old disused bunkers with a hole in the roof. So that was it, Bob decided that it was a Zombie house. 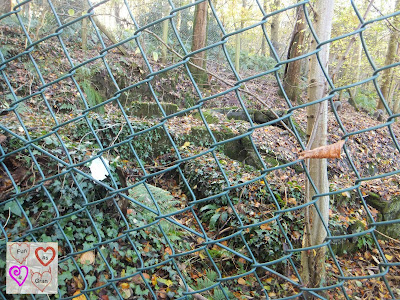 He decided to show me how brave he was by trying to poke sticks through to see if he could wake them up, but none of them came out. 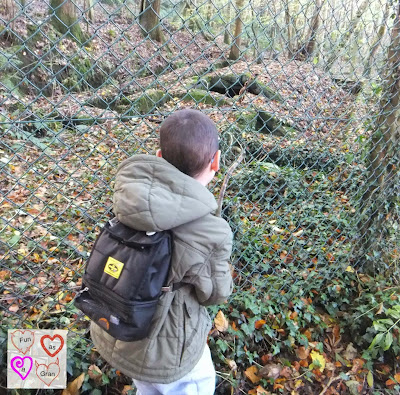 So we moved on with our walk, and Bob spotted some footprints, and at this point he became nervous. 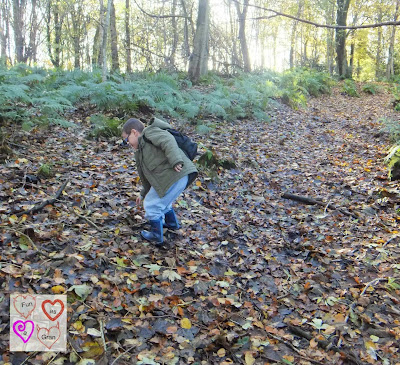 So he picked himself up a stick that became a paintball gun, and he turned into Sirius Black to protect me. He has been reading his way through the Harry Potter series, he had asked his mum the other week who his Godparents were, he has none. Books are a great means of stretching children's imaginations and enhancing their lives, without Harry Potter I may well have been in danger!! 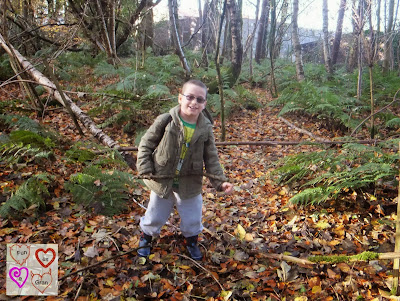 So we carried on further into the woods. We found seats that we think they sat on, 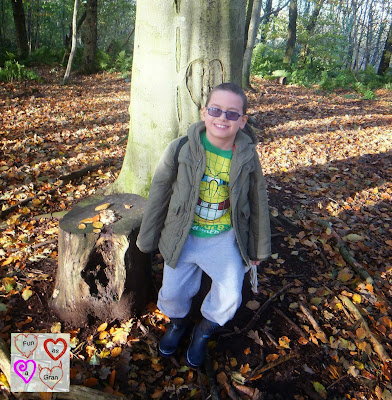 Tables that we think they eat at 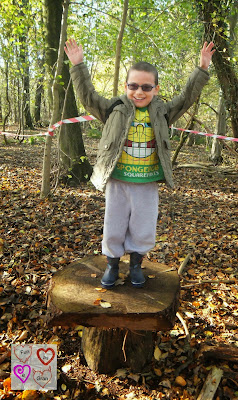 and a prison where they hold the people captive until they were ready to eat them. 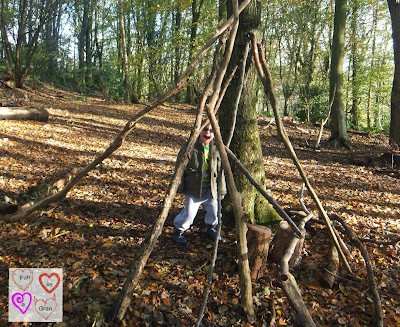 While we were wandering we came a cross a memorial. We talked about death, dying and how people remember people once they have gone. How nice an idea a memorial is placed somewhere two people enjoyed time together. We talked about the caches we had put in place to remember Shorty Dog and the stone cat out the back door to remember Dipsy Cat by. 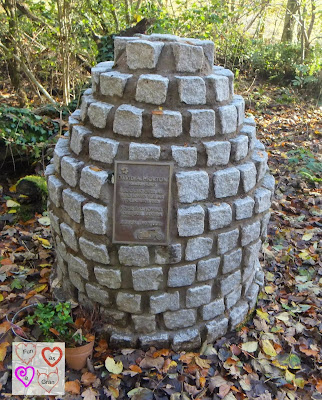 We carried on our walk until we came across a bridge, he checked under the bridge to make sure it was safe for me to cross. 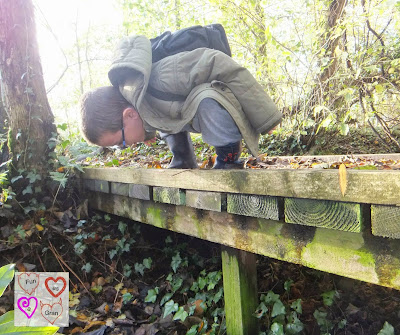 By now Sirius and his paint ball gun were busy. Shooting the Zombies that were in the trees round about us. 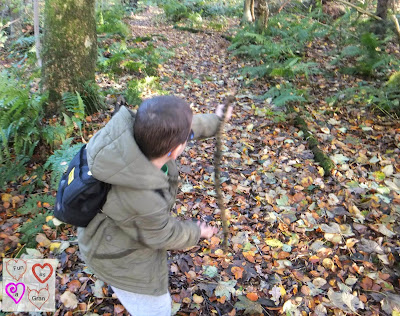 We felt a bit safer when we came across this muddy path as Sirius told me Zombies can not walk through mud. 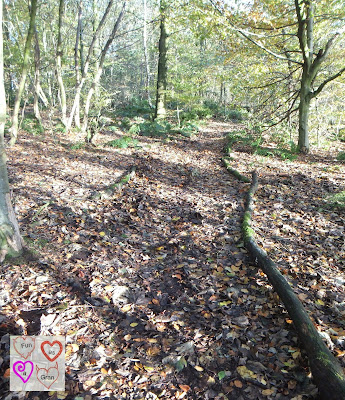 He shot some salt in this skip to dissolve any Zombies that may have been in there.I am not sure at what point his paint ball gun became a salt gun. 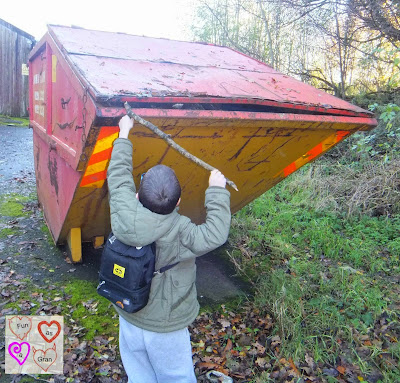 Then the old barn was checked before I could walk past it. 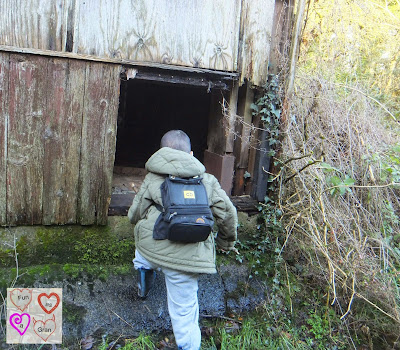 Lastly we came across the Zombie swimming pool, and again Sirius shot salt into the pool to kill off anything that may be in there. 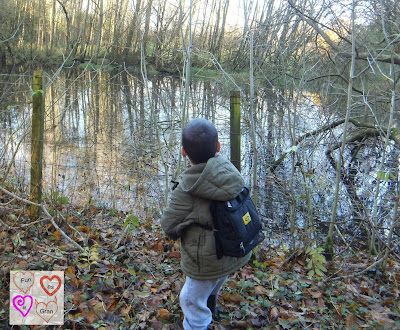 So Sirius and I left Zombie wood and headed back towards the car. At this point Sirius left us and Bob came back.

We found mosses and looked at the structure. 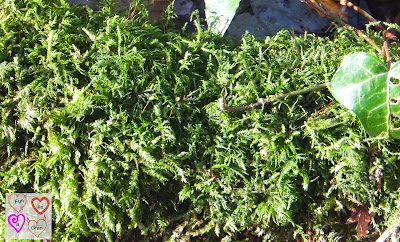 We spotted dew on the grass and talked about what causes it, how it freezes when it gets frosty and defrosts again as it warms up. 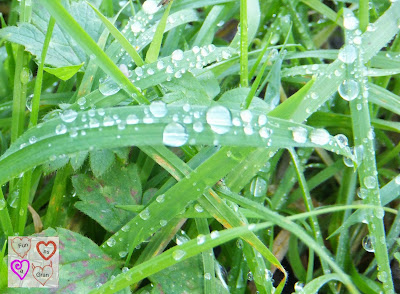 We saw autumnal trees with leaves changing colour and all the fallen leaves and again talked about why this happens. Education does not only have to happen in a classroom, education is all around us. 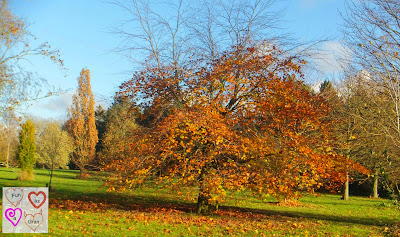 Bob also did some singing totally spontaneous, but rather cute.

Imagination is amazing. Have your children ever become a book character when they are out playing?