Geocaching as a hobby for a Cubs badge

Bob has been in the Cubs for a wee while now and he is wanting to work towards some of his badges. He decided for the hobby badge he would use geocaching for his hobby. Well seems a logical choice, he enjoys it, we do it regularly and it is a great way for us to learn things together,

Geocaching is about a bit more than just "hunting for little plastic boxes in the woods using million of £ worth of satellites"  as the saying goes. There are other aspects to it. Not only is it a good way of keeping fit, it takes us to places we may never have seen, it also allows us to enjoy the history or the nature of the area. Sadly sometimes it takes you to some undesirable areas too, its a shame to see these areas but last weekend was what they call a CITO weekend. CITO stands for Cache in Trash out. This involves a group of geocaching going into an area, usually organised with the local council, and picking it all the rubbish lying around and bagging it. Last weekend saw  them moving old bikes and shopping trolleys from rivers, washing machines and other large items from woods and the road side. Usually the council will put skips on site for the event for people to put the rubbish in. The event usually rounds off with a picnic or a barbecue and some picking up of caches for those that have not been in the area before.

So we have had a few geocache trips out lately.

I have to say this is probably the first area we have been into that has not been beautiful and worth writing home about. The place was strewn with litter, empty cans, broken bottles, and goodness knows all what else. If this was suppose to be beautifying they have failed miserably, but anyway that is by the by.

So anyway we set off, all the caches were marked as a micro so may well not be too easy to find in woodland.

The first one was round the standing stones of Auchinleck 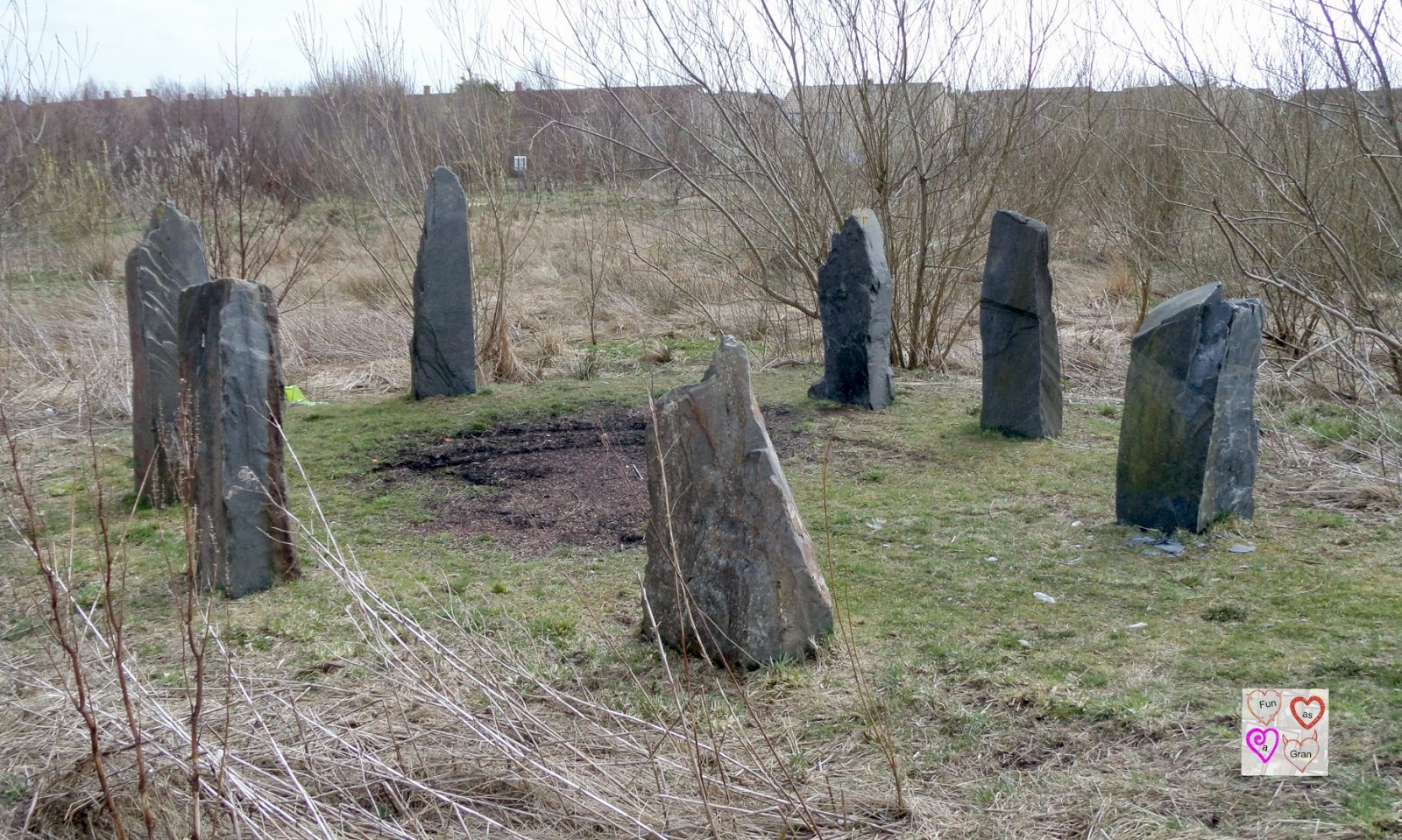 But despite how much we hunted we could not find this one. 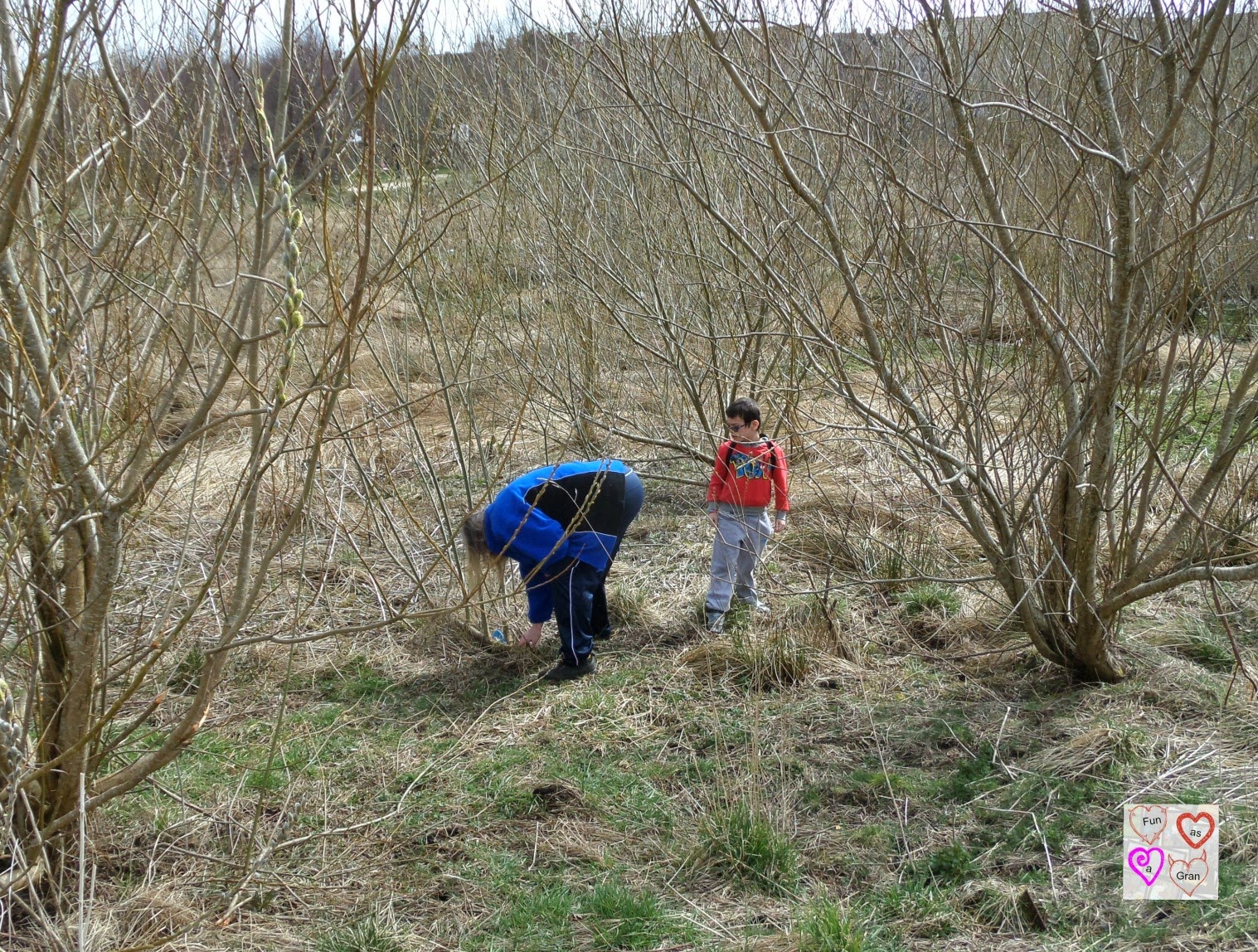 We did find some of them 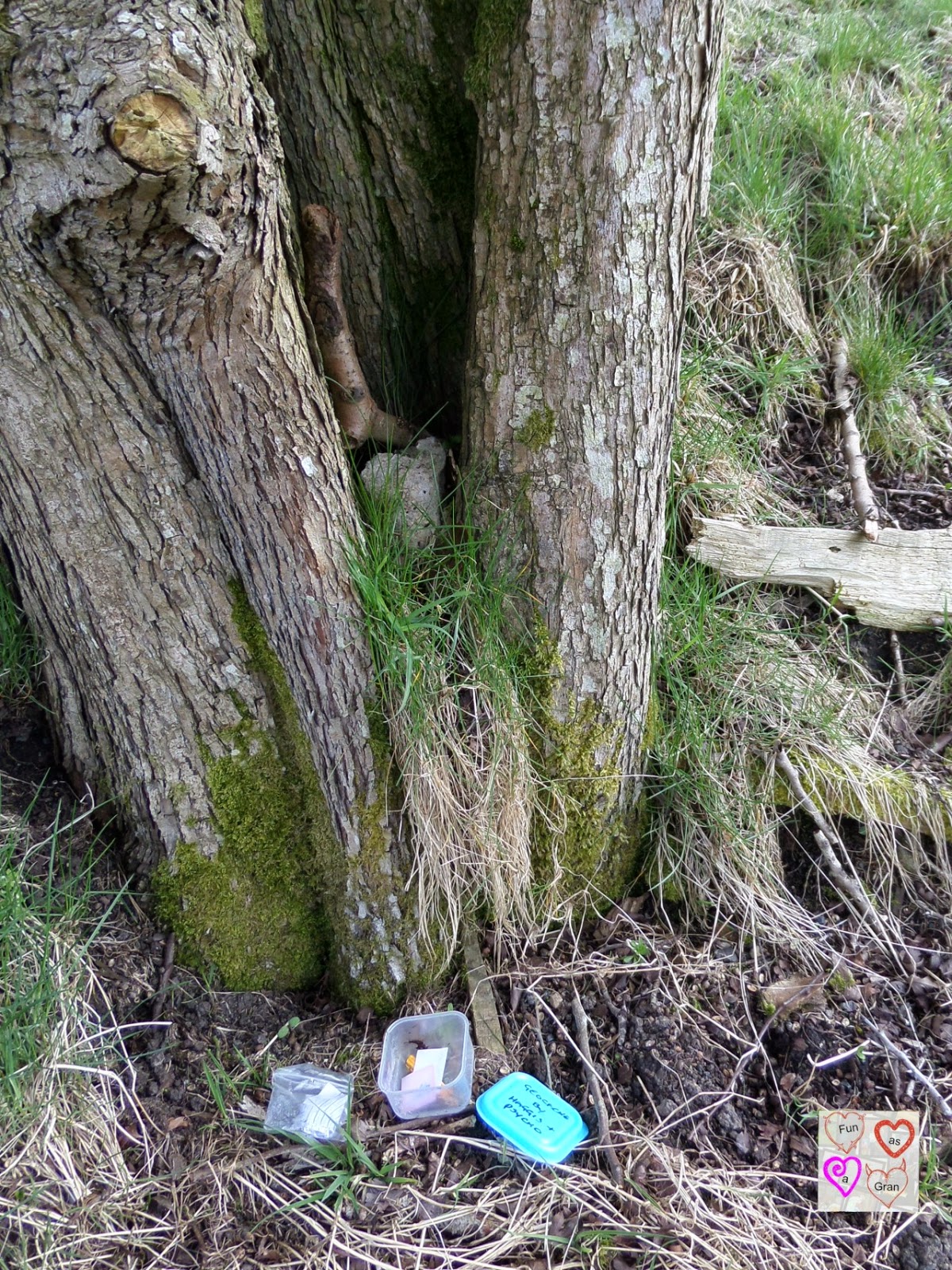 and some of them were very soggy 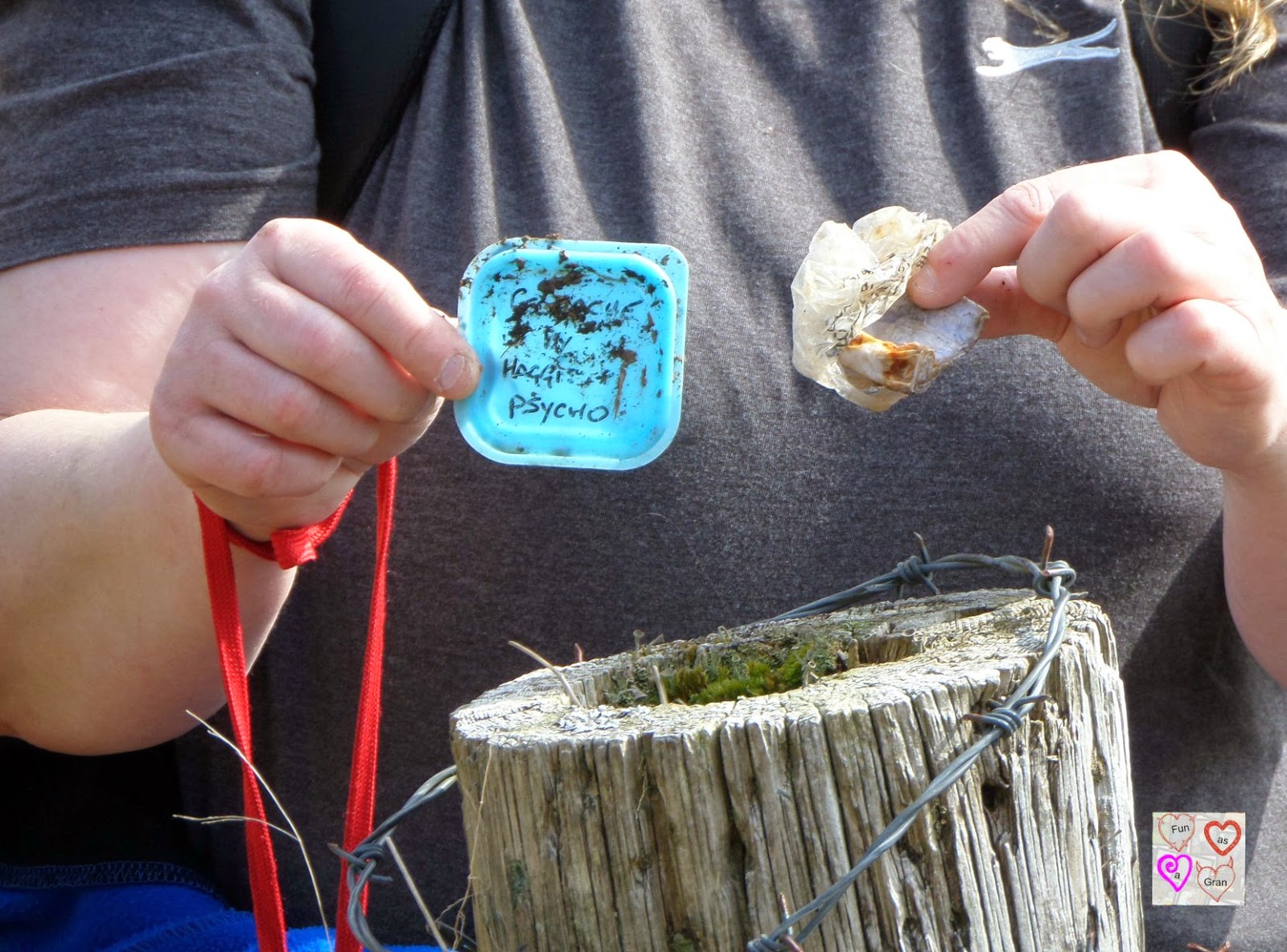 Some of the others were also missing despite a good hunt round the cache sites. 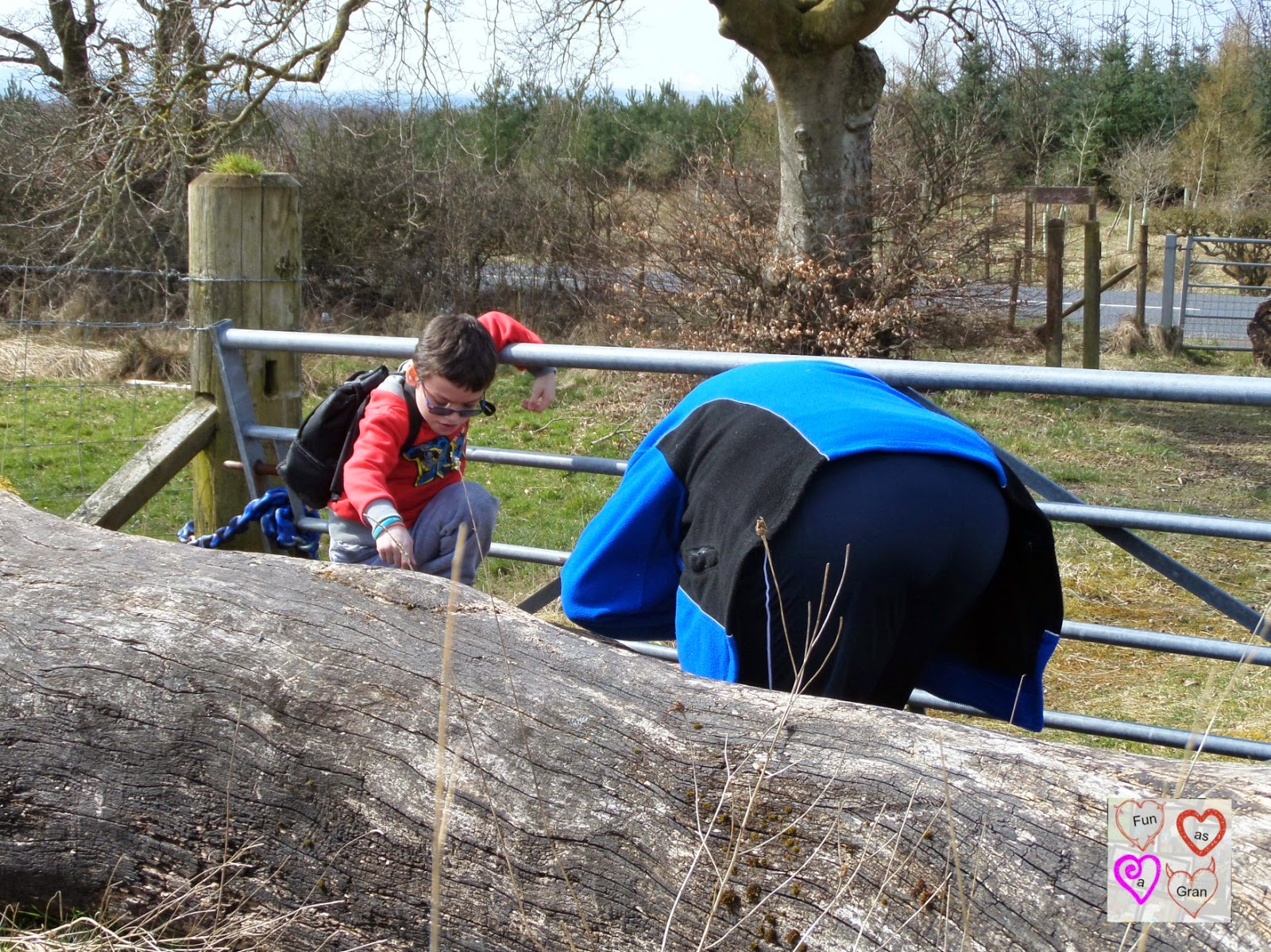 But as usual it was not all about caching, we also looked for trolls under the bridge 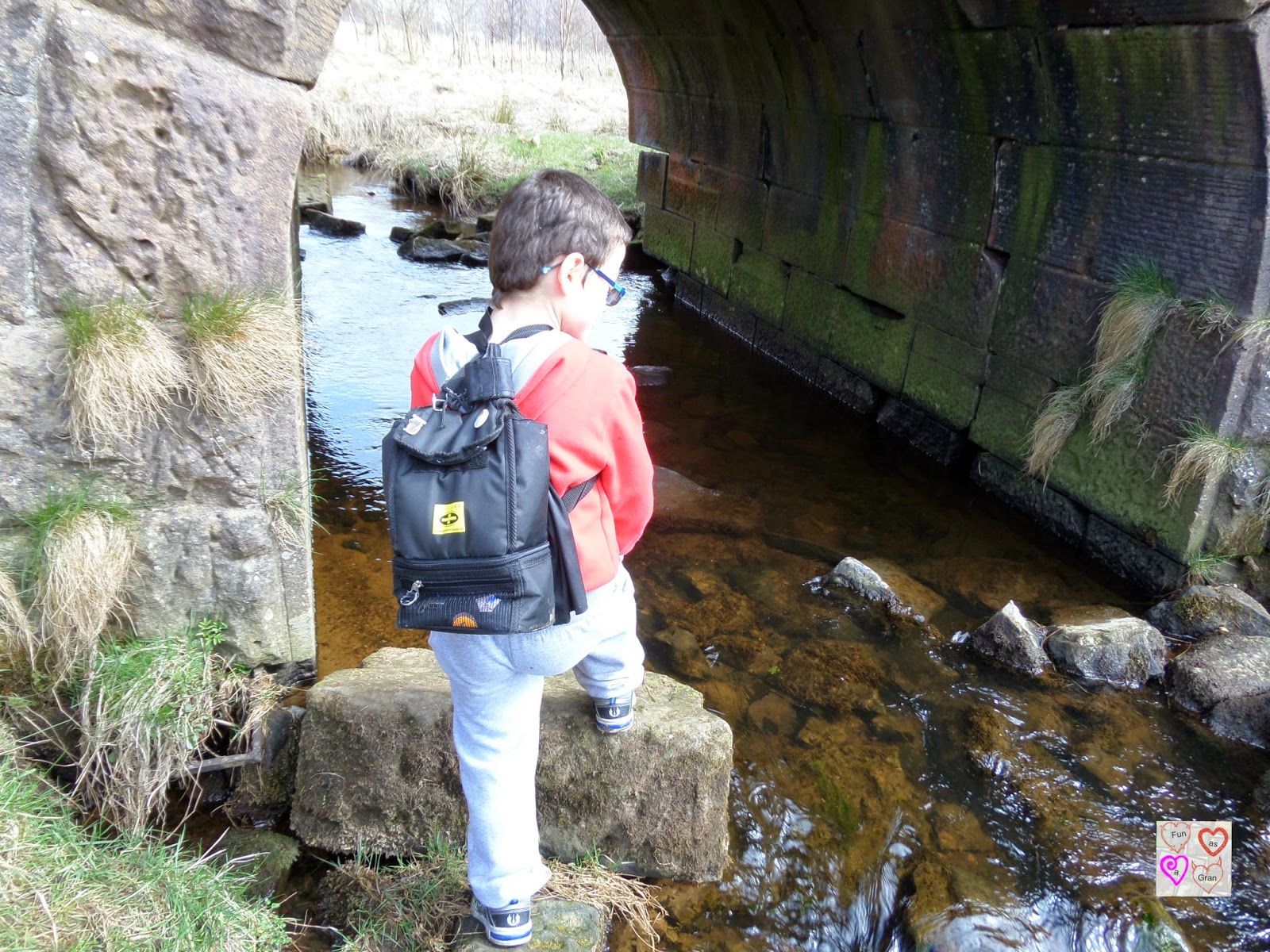 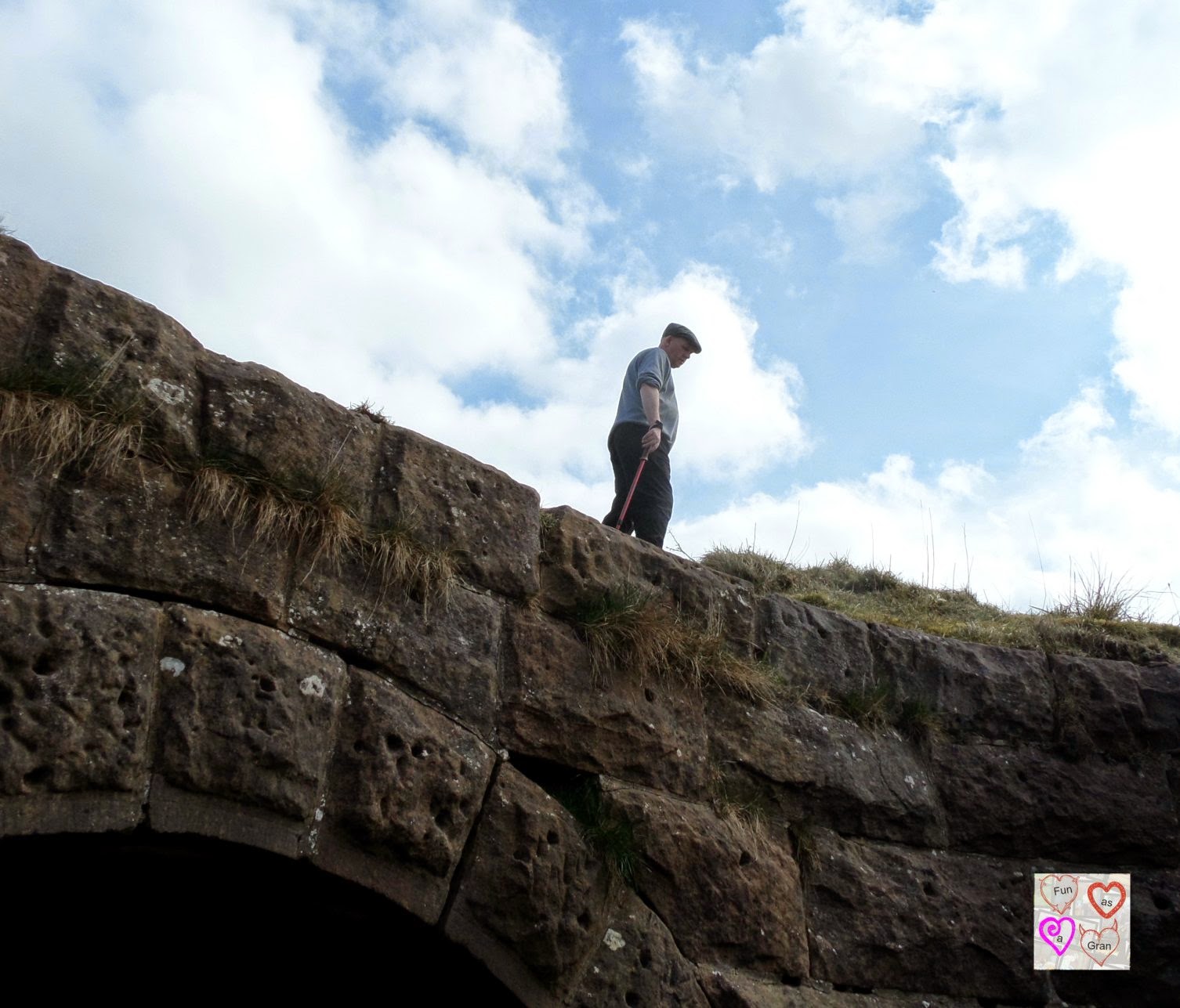 They were seeing who could throw stones into a wee stream 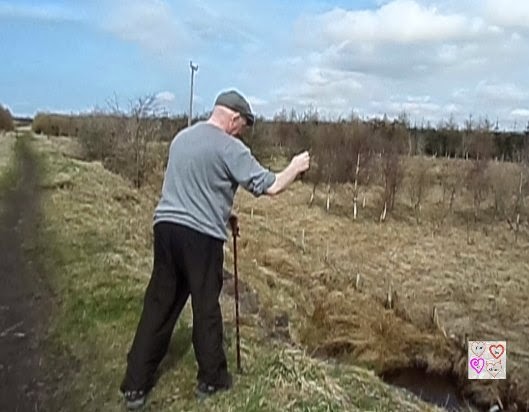 Bob had to throw a bit harder to hit the stream 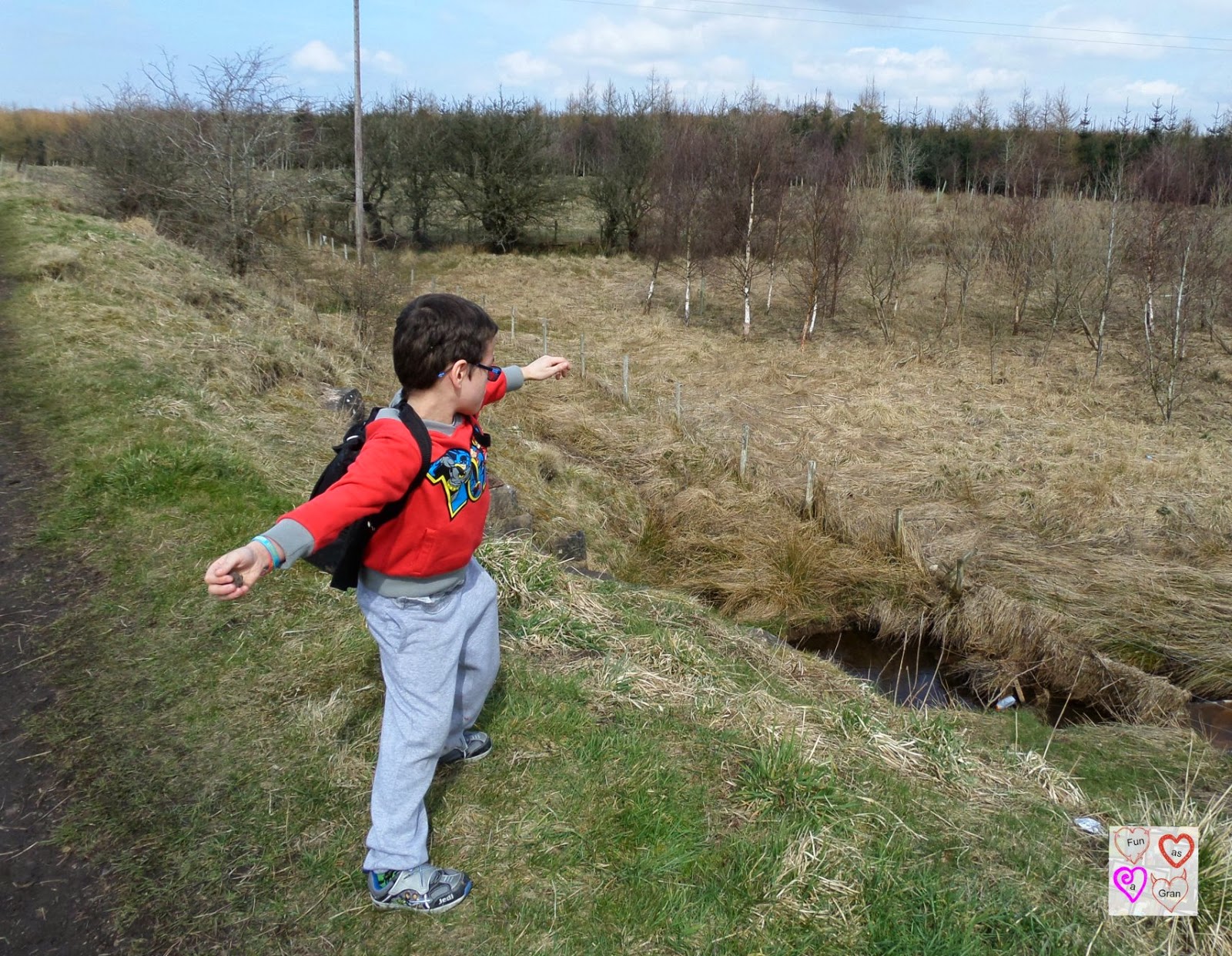 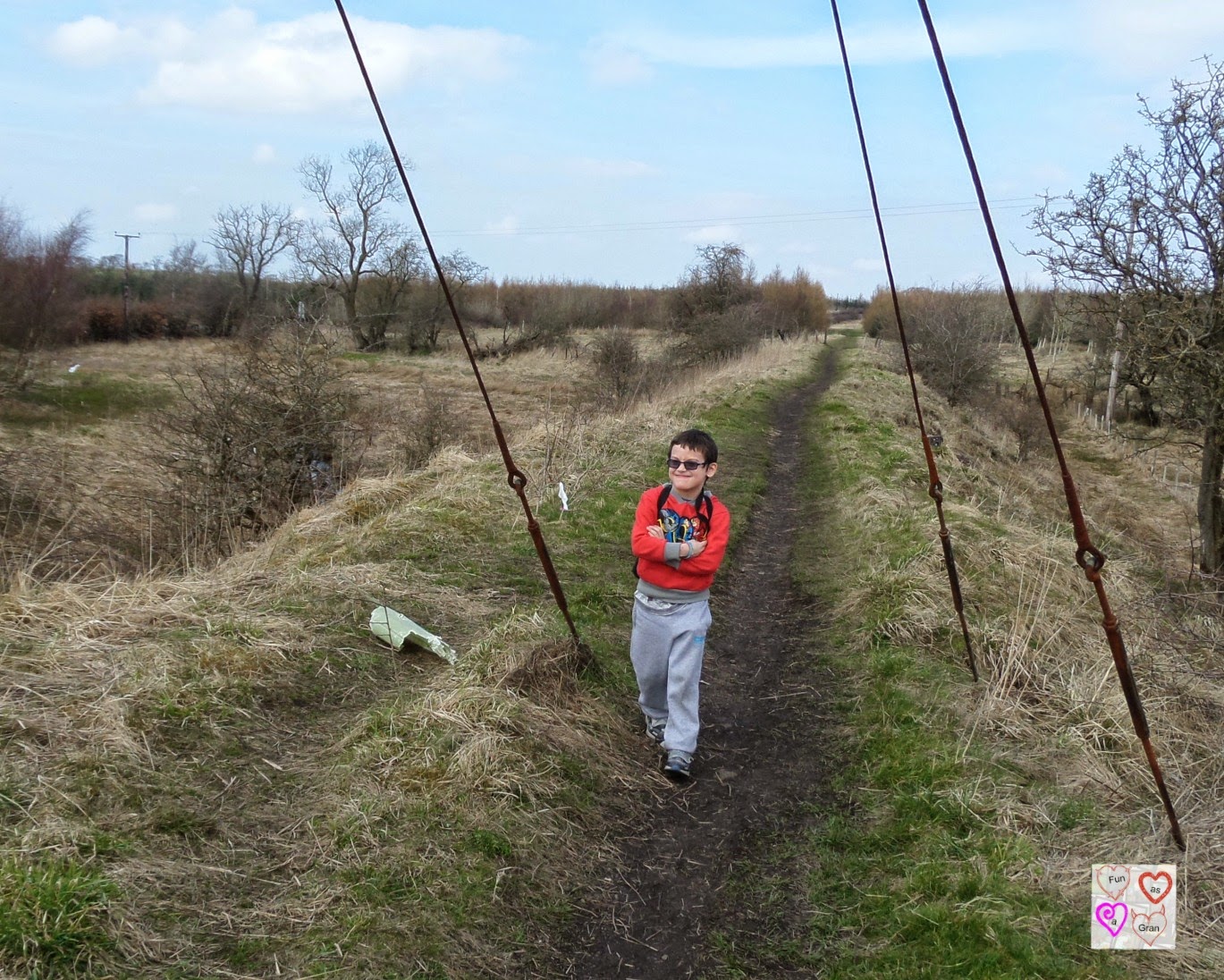 and yes he managed to find him. 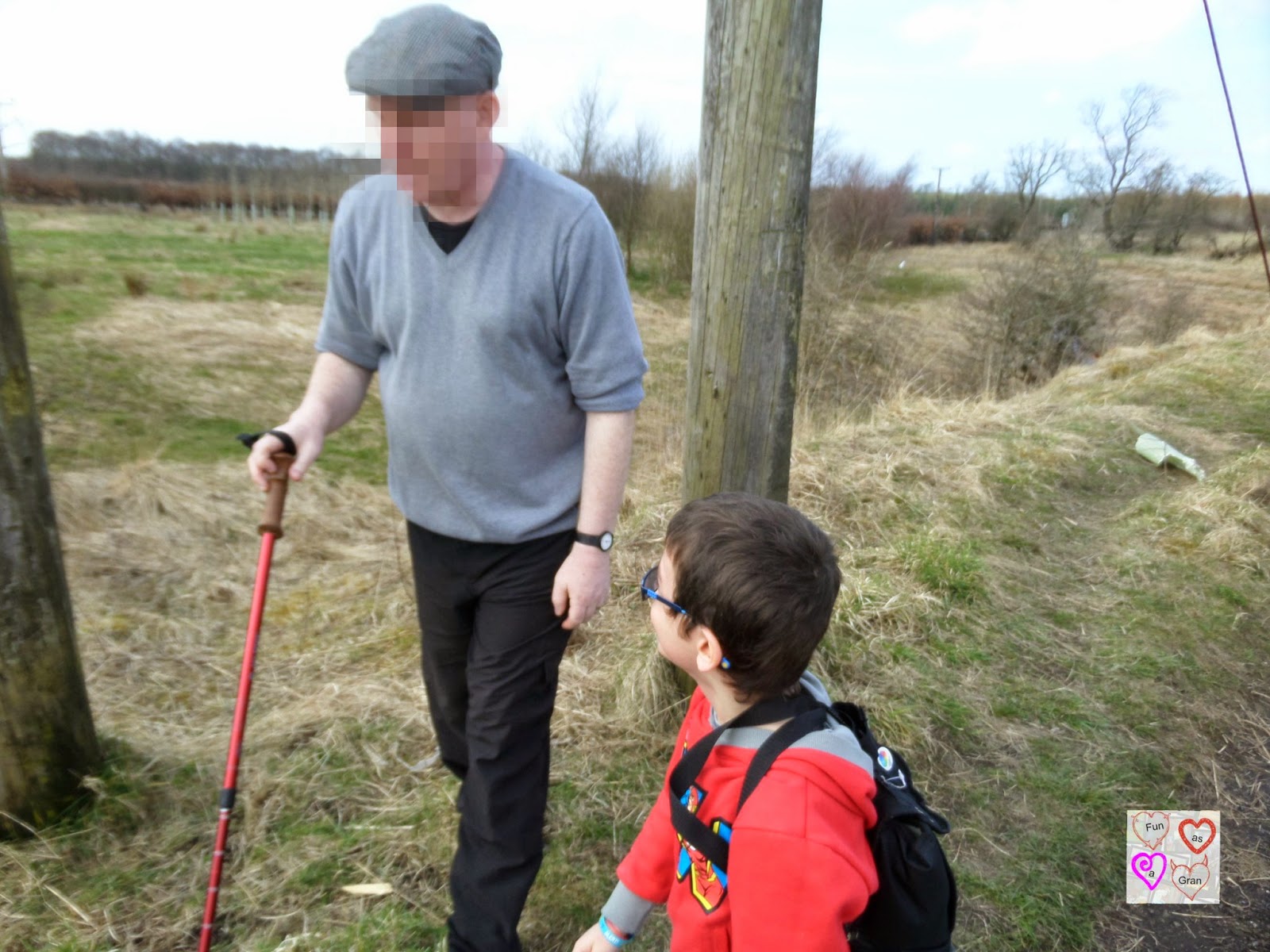 So fun and exercise was had, along with mixed success with the caches.