Eggs are a fabulous food, there has been much controversy over the years as to how good or bad they are for you, the thinking on them changes decade by decade.  I remember the adverts of "go to work on an egg" and I also remember Edwina Currie resigning over telling us eggs contain salmonella and we should not be eating them. The thinking on many foods changes and eggs are no different.

Eggs contain a lot of goodness including high quality protein, vitamins and minerals. I know when we were at the GP earlier in the year for DH'd annual diabetic review we were advised for him to stop eating porridge and weetabix for breakfast but to have two eggs and two slice of seeded bread toast instead. Eggs are a great food for keeping you satisfied longer.

Eggs are great for being portable, a cold boiled egg is a great item to take to school in a pack lunch box or on a picnic. One of the favourite foods my daughter uses for the twins is mini omelettes made in muffin cases. You can ring the changes and add a bit of chopped bacon or mixed peppers of even some cheese. I like to make a big one that I can slice and take to work.

Slice thinly half an onion and some sweet pepper, bacon etc. Cooked in a greased tin for 10 mins at 160oC. Meanwhile mix together some eggs, milk and seasoning. Pour egg mix into the tin and top with some grated cheese. Cooked until firm. Cool and slice, again great for portability. Much healthier than grabbing a bar of chocolate and a packet of crisps.
Feel free and pop in some sweetcorn or cooked peas. 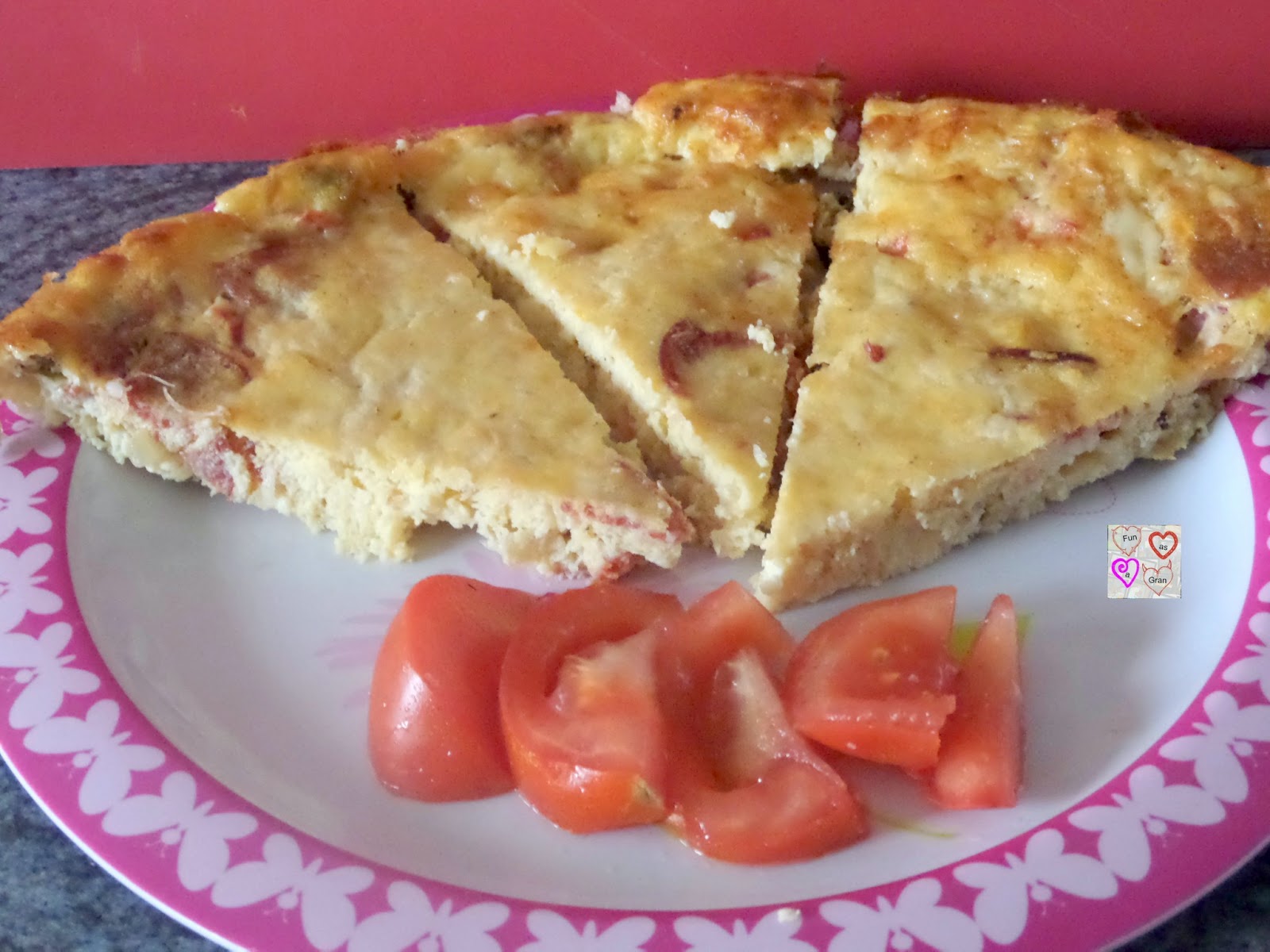 But there are many people who have an egg allergy, Bob, our friend Sam and her daughter Esther, and another friend Dan all have egg allergies. But there are ways round this and we all know that you can replace egg in a recipe with vinegar or mashed banana, but I am going to share something a bit different with you - meringues, yes meringues, pure honest to goodness egg free meringues.

I have to admit I have cheated slightly here as mine did not work, the pictures are of meringues I acquired from Bob's mum as hers were successful and mine a tad disastrous despite us both using the same ingredients and method.

So take a tin of chick peas and drain the fluid into a jug or cup. Then add the measured  liquid to a glass bowl  and whisk until forms soft peaks. 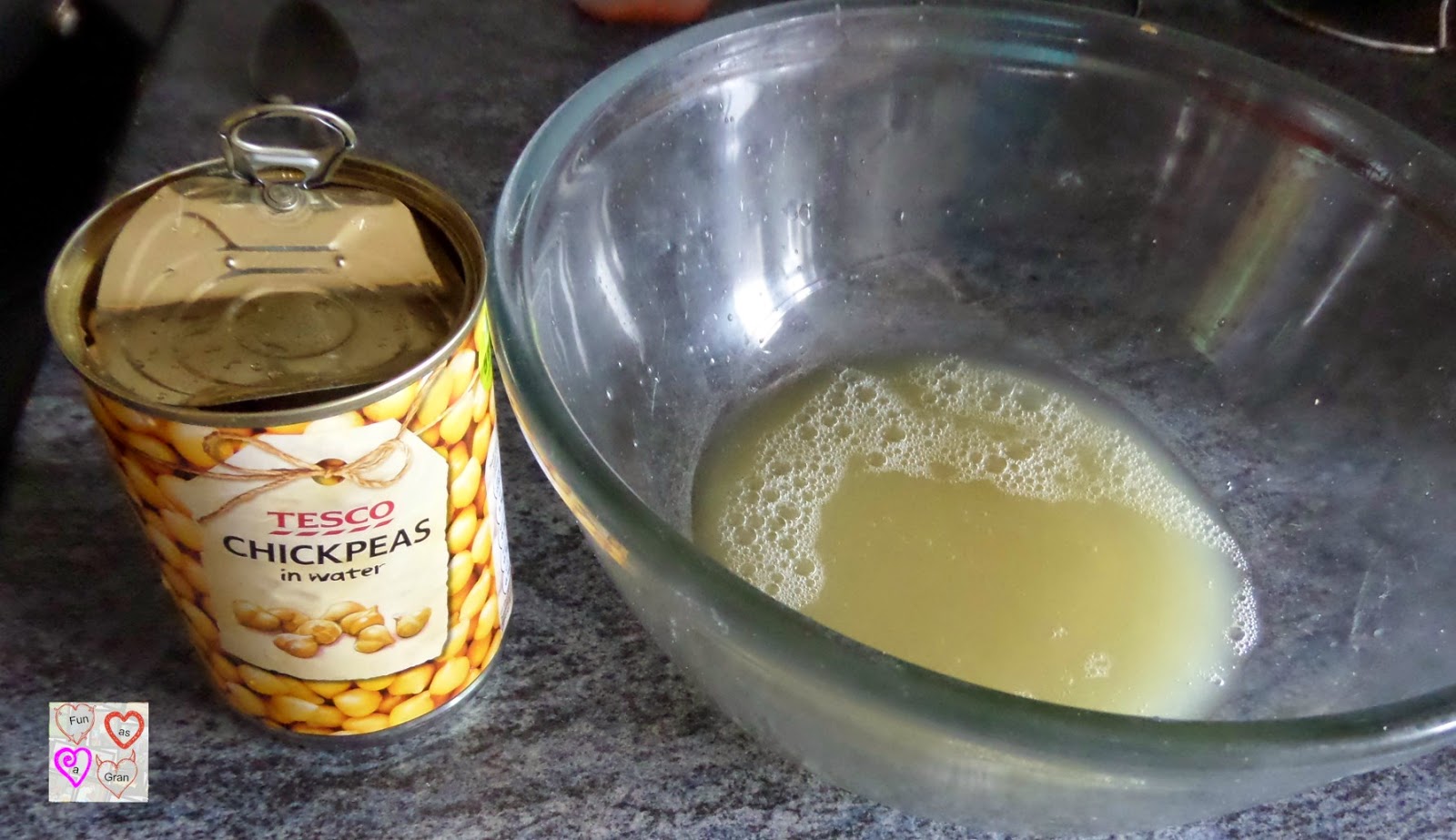 add caster sugar to the same level in a cup plus 50% ( so if your liquid measures half a cup you will add three quarters of a cup of sugar). Add a spoonful at a time whisking continuously maintaining the soft peaks. This was the point mine failed and went runny again and would not re-stiffen.

Line a baking tray with greaseproof paper and place spoonfuls on leaving room for them to expand.

The resulting meringue is quite delicate and needs to be handled with care but would be great on top of a lemon meringue pie, or served with ice cream.

Have to say I was rather excited by this recipe as it opens up other options for making desserts for Bob. Even granddad willingly eats them.


For these I melted some chocolate spread it on the bottom, let it set and then drizzled the top.


Apparently this will work with the water from any legumes. Now you all just need to work on recipes to use the chick peas.

This post was written in conjunction with British Lion Eggs but the ideas and theme are all my own.
Posted by fun as a gran at 22:23