Another week in and boy has it seen a change in the weather. We have had snow, yes snow, after all the lovely weather we have had as well.

Beryl was not feeling overly well, had been off her food and just sitting in her coop for most of the last two days. Luckily enough she seems to have perked up and seems to be back to her old self. 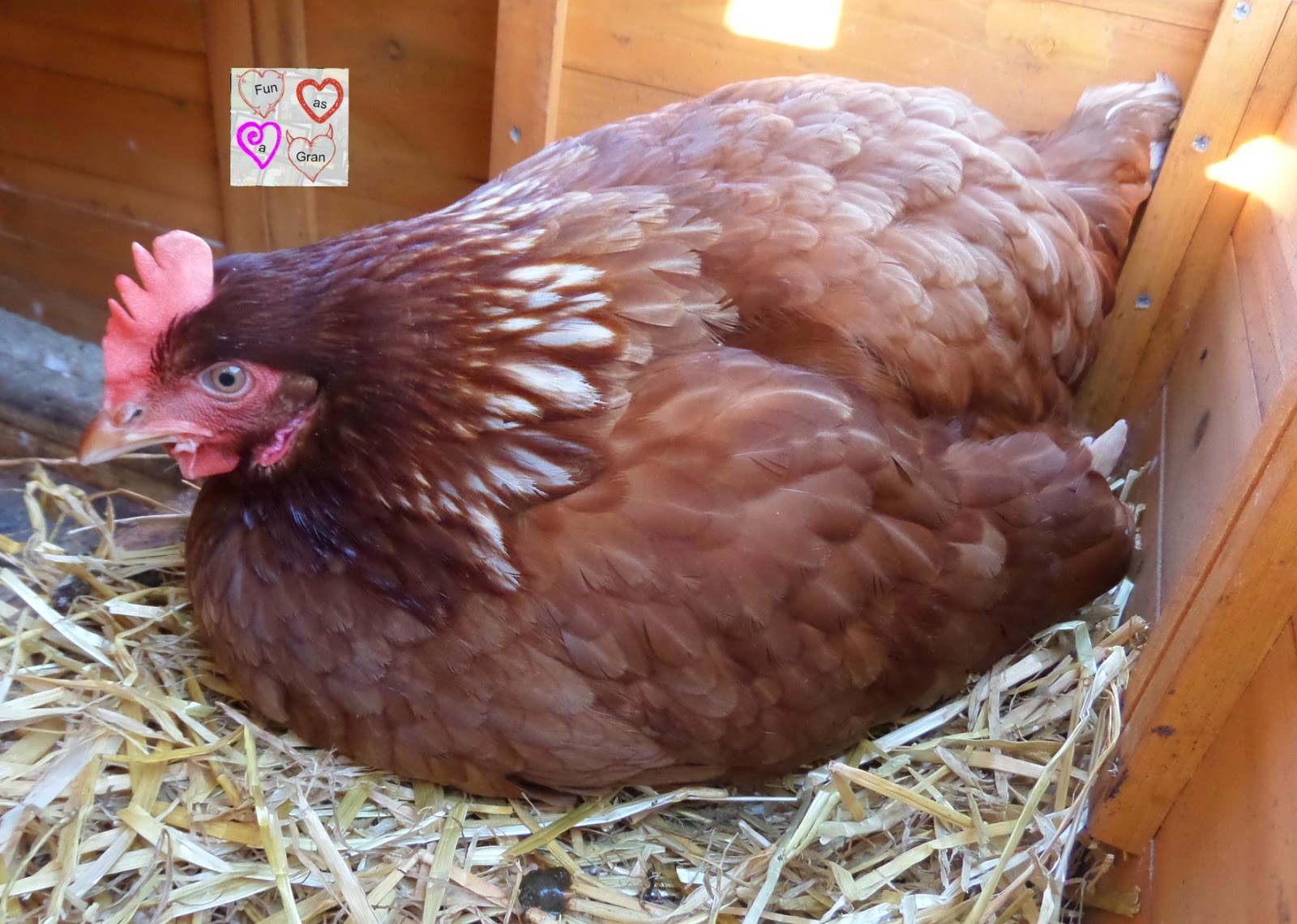 Bob has started going to a gymnastics club for an hour in the evening. So I am now on babysitting duties as she can't take the twins along as there is nowhere for them to sit for the hour.
The gruesome twosome have more toys than Harrods but spent the evening climbing on dining room chairs and jumping on Fifi. 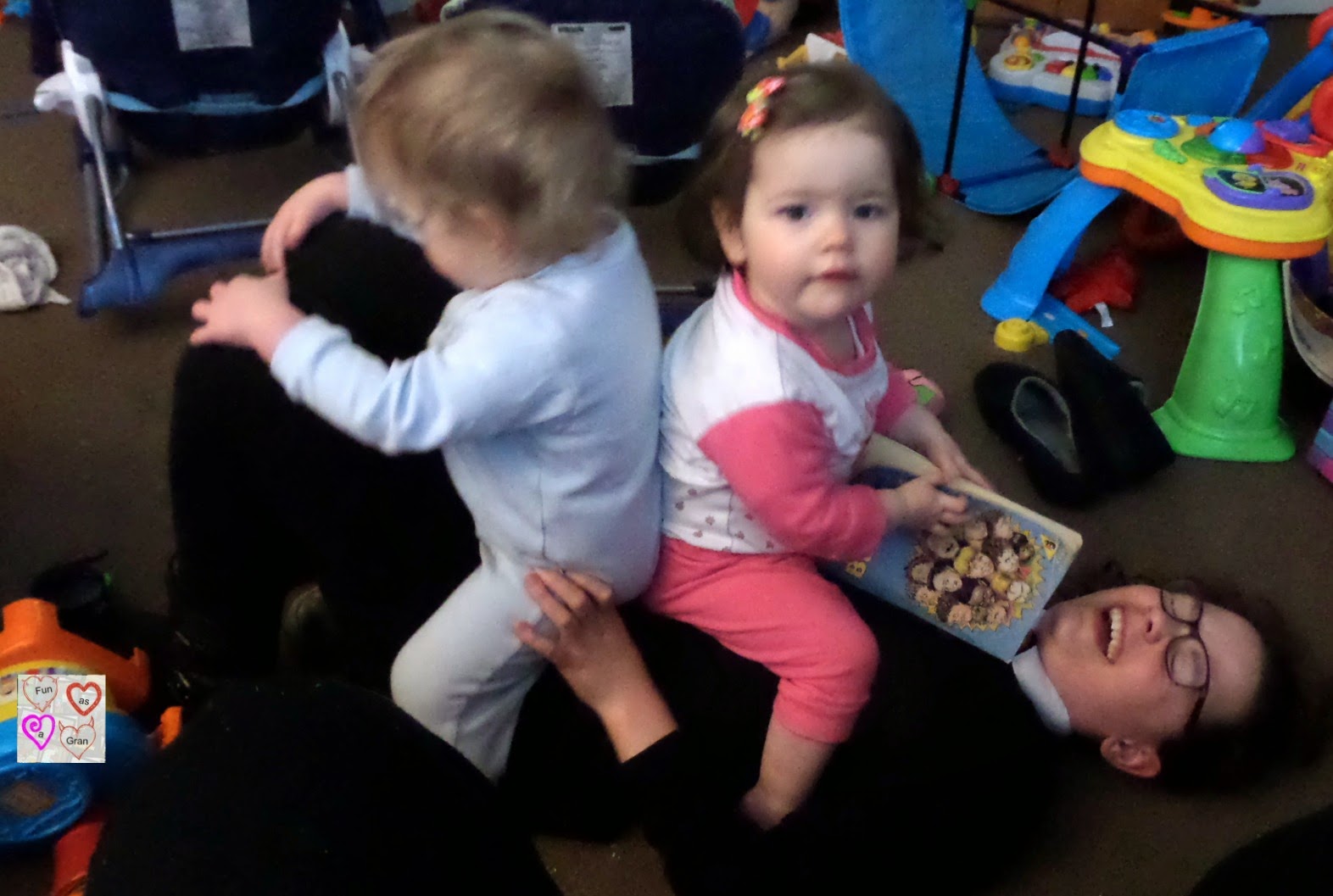 Had both the children tonight, Fifi had fell out with her best mate and so was happy to come out with us. It had been cold and snowy during the day but cleared up by afternoon. So we went to a small place called Sorn and did some geocaching and played in the park afterwards. We found a the caches we were looking for. When we got back home her and her pal made up again. 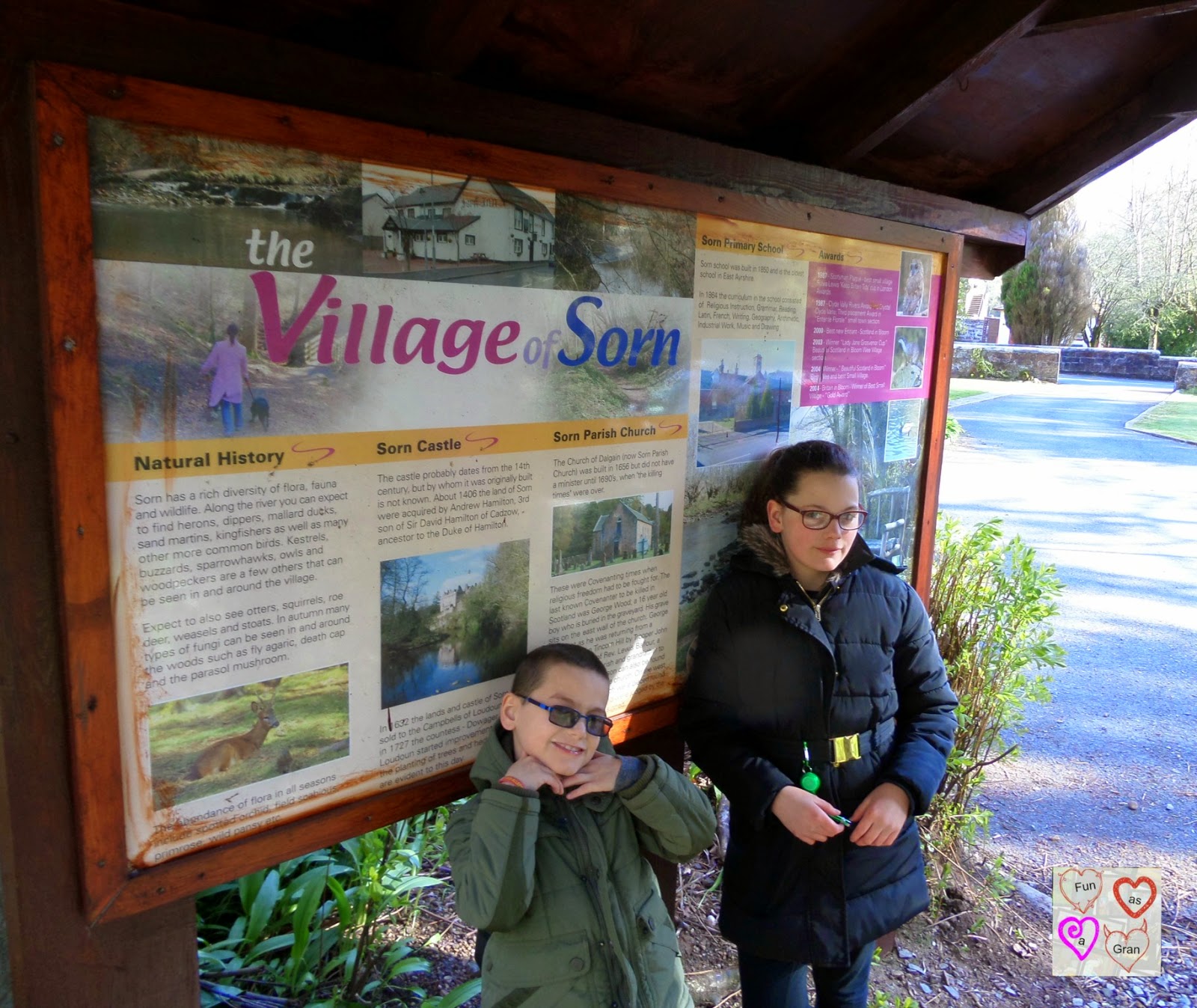 This week has been cold, not sure how there is still water in the unplugged hose but there must be. 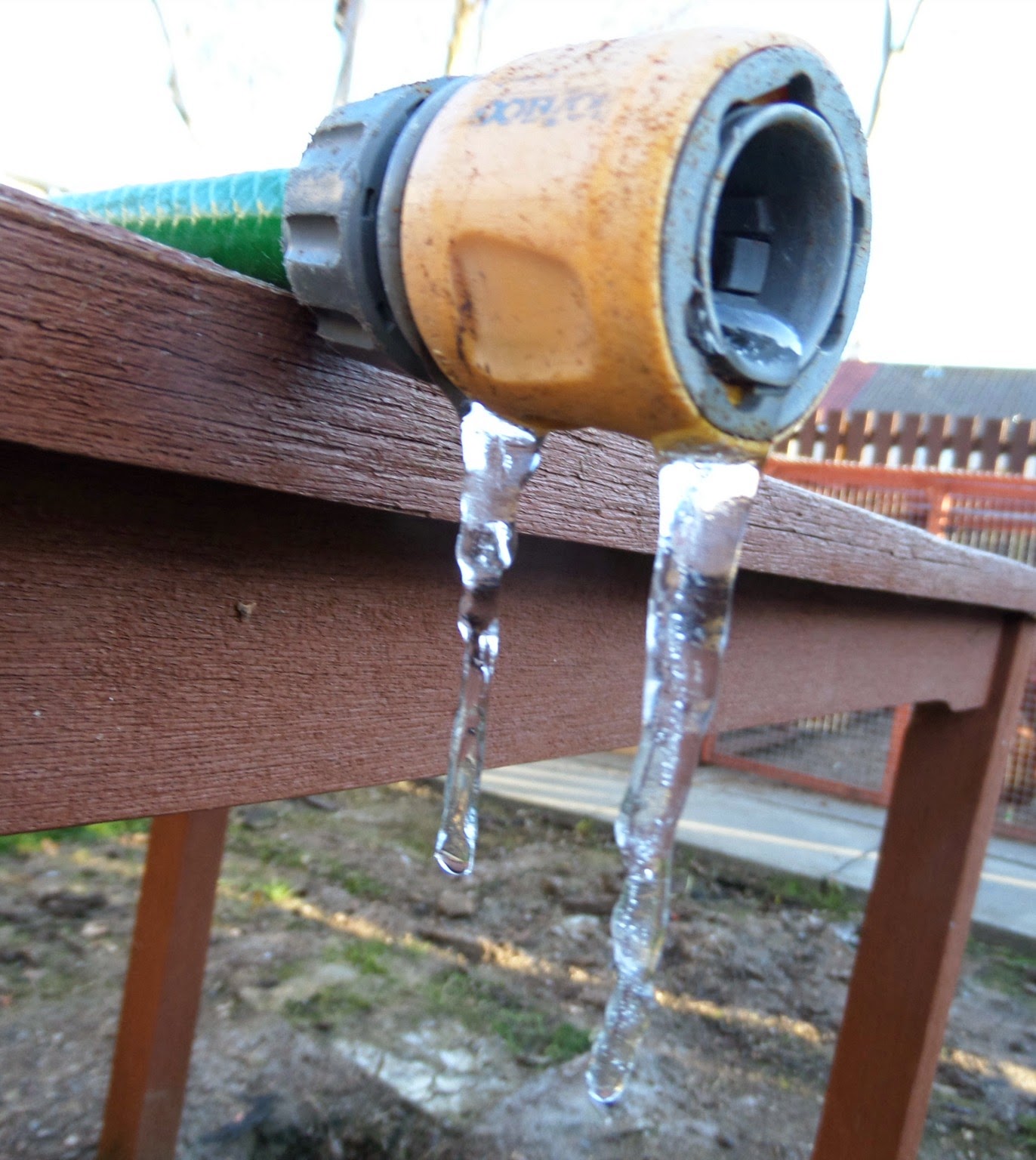 Was cold but dry and bright so we went to do some maintenance on one of our caches The cache is up at this ruined castle, Loved the sun on the snow on the top of Arran in the background. 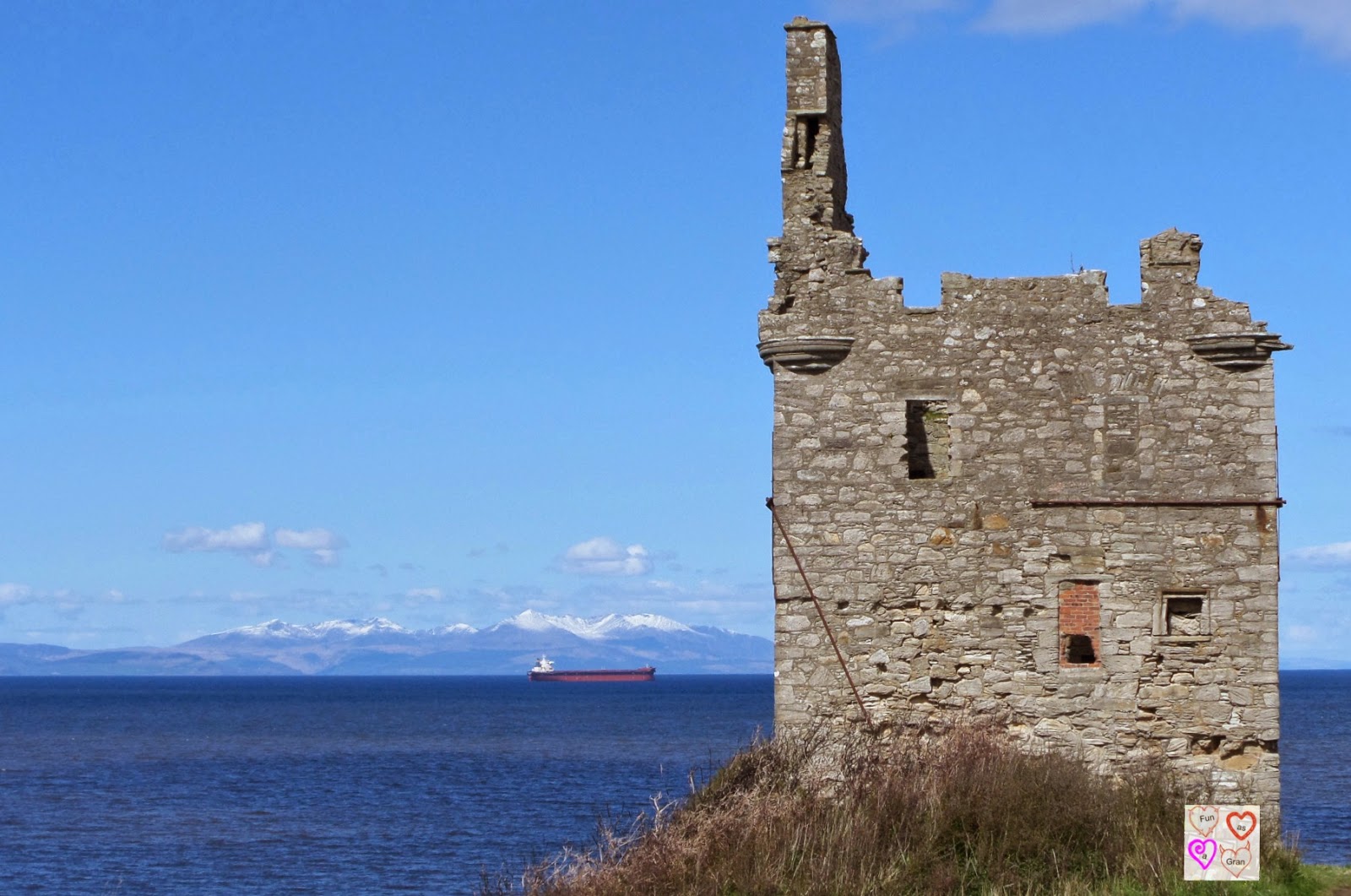 Daughter No2 gets married in six weeks. She has been down for a few days. She was suppose to be having a wedding dress fitting and going to see Take That but she fell on the stairs and broke her toe so she missed both events. Her wedding dress fitting has been rearranged, don't think it is quite as easy to rearrange the concert. Here she is relaxing before going off for her hen weekend. 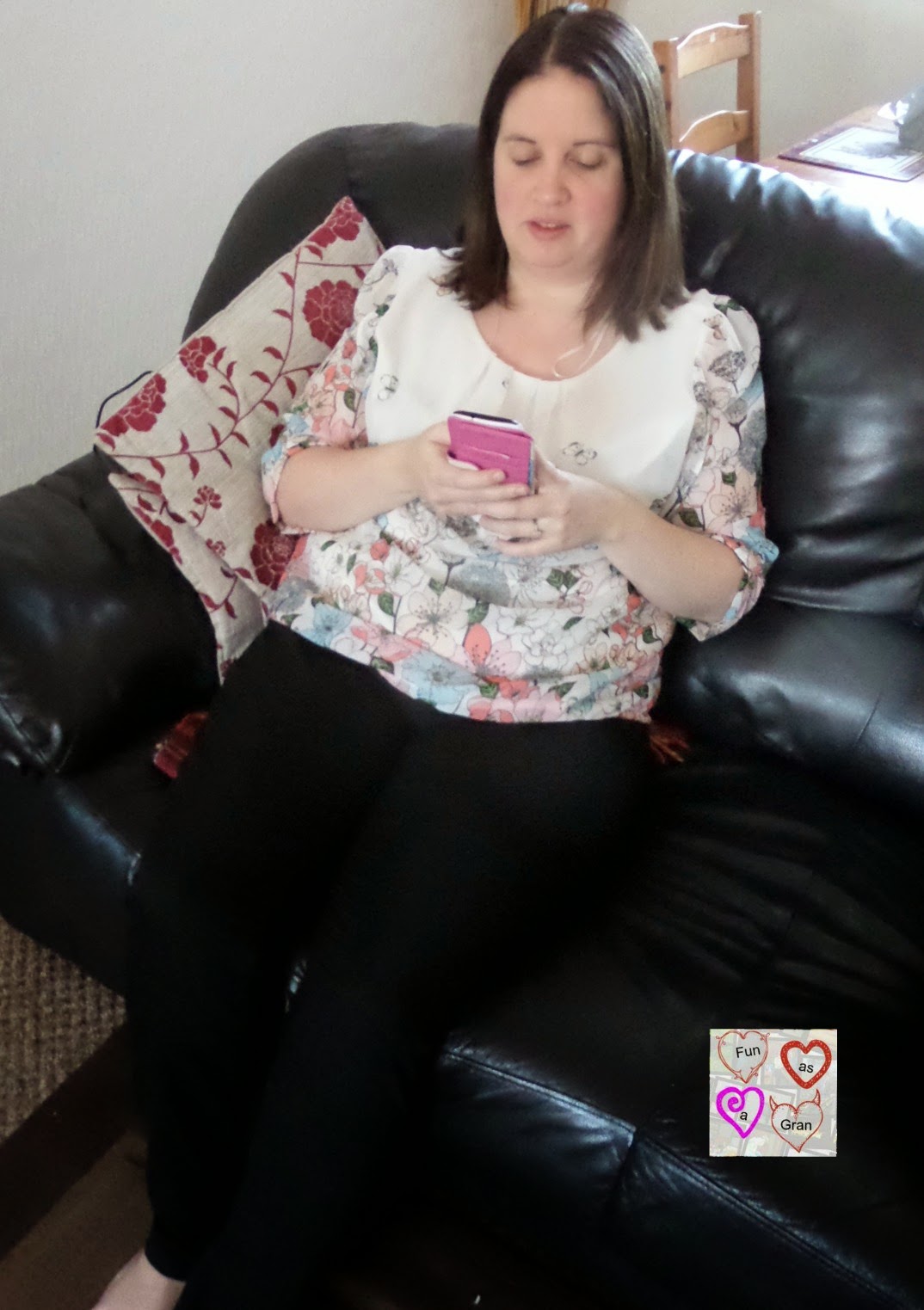 It was Bob's birthday last month and I bought him tickets to see a show. So today we went to see a version of  The Jungle book. Have to say it id not last overly long but it was performed by the 8-11 year olds and Bob enjoyed it, as did the children on the stage.

This was in the break, they were allowing the children onto the stage with three of the main characters to get their picture taken. I got this one before the official photographer. 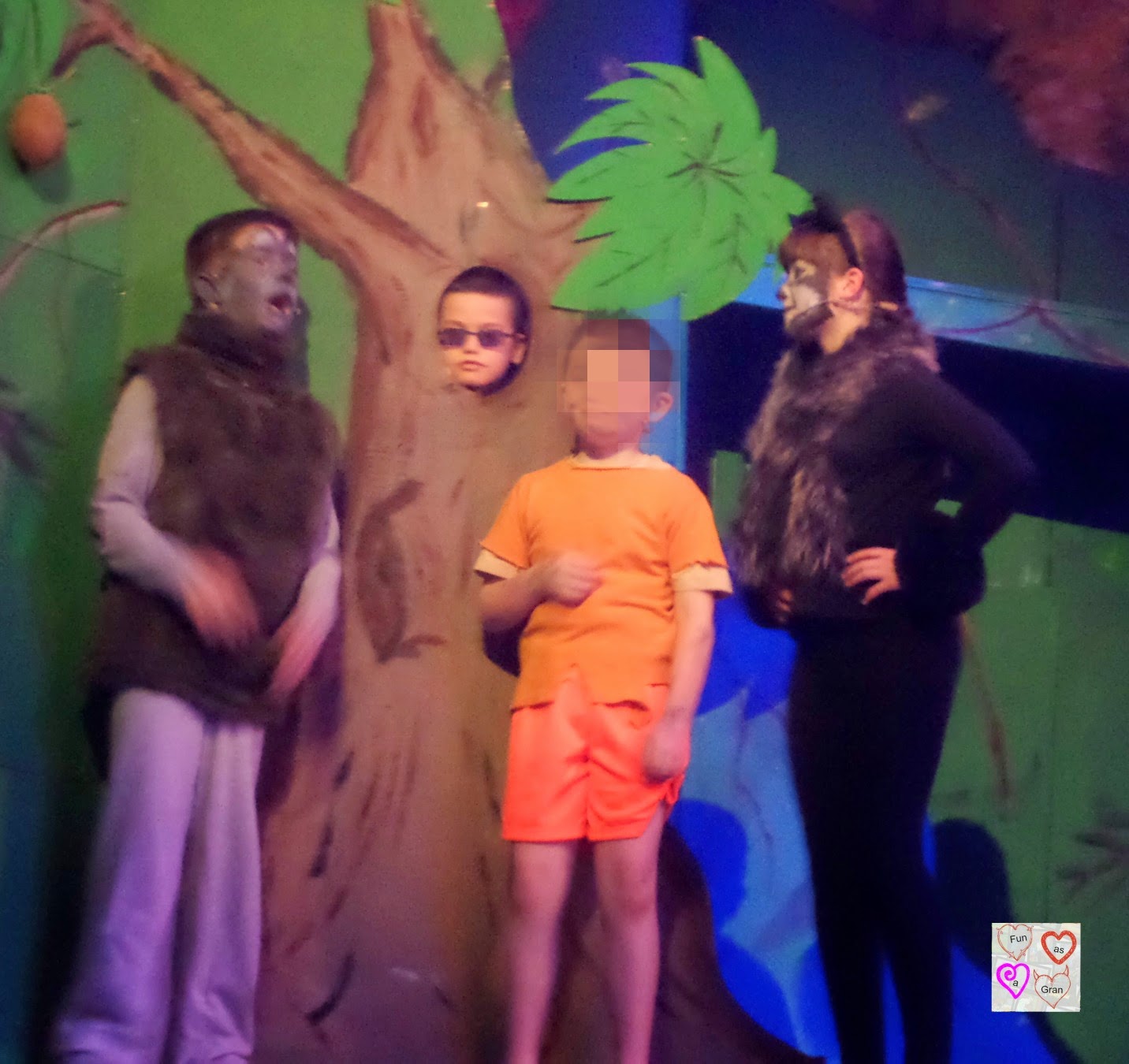