The run up to the wedding

My middle daughter got married on June 13th, but before the wedding there was a lot of planning to be done. Have to say the Bride and Groom did most of it but we went along to help out the last few days before hand.

We travelled up on the Wednesday, taking our time and geocaching as we went. I did a post on it here. We timed our arrival with a barbecue just about ready. A lot of Louise's friends had come up early from the south of England to make a holiday week and so they had arrived also. 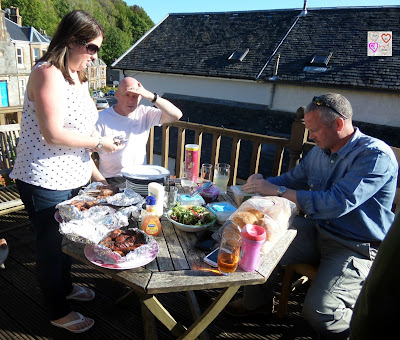 During the evening we were entertained by the school pipe band that rehearses in the town square weekly. This was taken from McCaigs Tower which is one street higher up than the house. 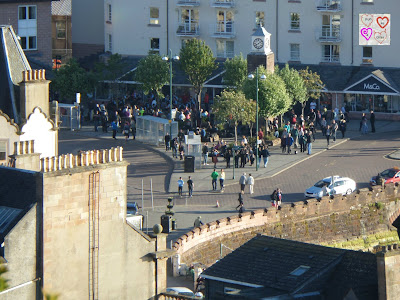 On Thursday Louise set about making the tablet. This was to be used as favours for the female side of the wedding party. Hubby and I helped out at this point by making beds and things up for visitors and general housework. 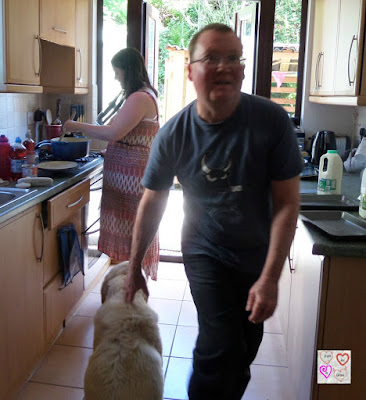 Later on that day we went down to the hotel where the wedding was taking place for the rehearsal for the big day itself. At this time only the flower girl and one of the bridesmaids was there as the others were coming up on the Friday evening. 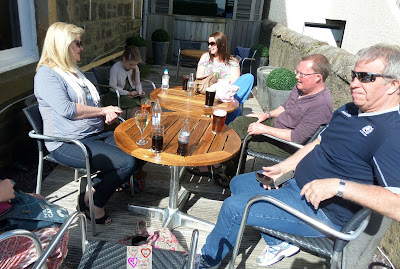 Sadly here had been a mix up, the registrar thought we were going to the registry office and not the venue, and we had also managed to get the time wrong anyway. So the joy of modern technology allowed a quick phone call to be made and the registrar came up when she finished work at 5pm. 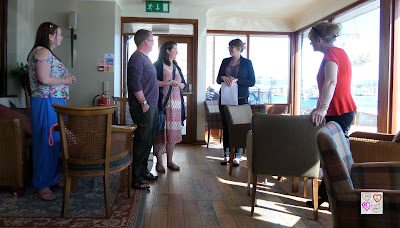 The rehearsal went well with Z the flower girl keeping us all right about the order that people were walking down the aisle in, good memory Z well done. Poor wee Z had come out with chicken pox a few days previous and was not feeling her best, she was also feeling very concious of them and did not want people looking at her. Discussions over Z and mummy headed to the play park, and the rest of us headed to where we were staying.

Louise and I sat that night and made up the favour boxes, folding them and adding the butterflies.

We were up early as some of the wedding party were away to get their nails done. So before Louise headed off we were slicing tablet, cutting up tissue paper and popping the wrapped tablet into the boxes. 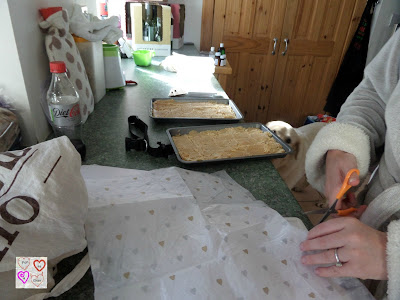 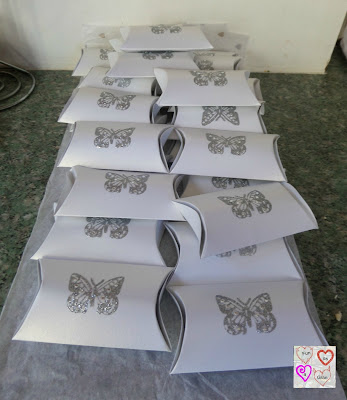 By this time things were in full swing.

The drink for the big day along with other bits and pieces was loaded into the car and taken down to the venue. 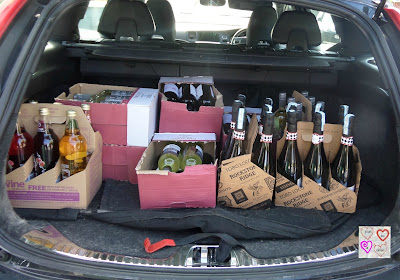 The happy couple had busied themselves wrapping presents and writing out cards. 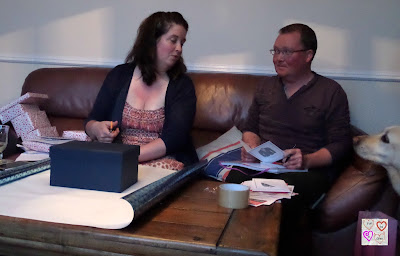 and these were soon ready to go as well. 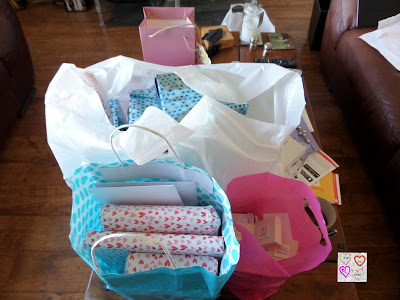 We had a reprieve for a few hours while people went off and did their own thing, we took a trip out to The Falls of Lora ( yes you guessed it there is a geocache there) 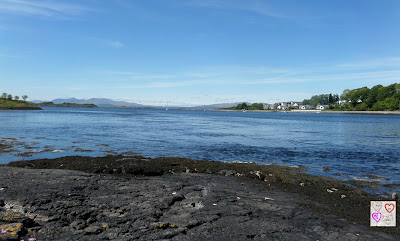 and along to Dunstaffnage Castle 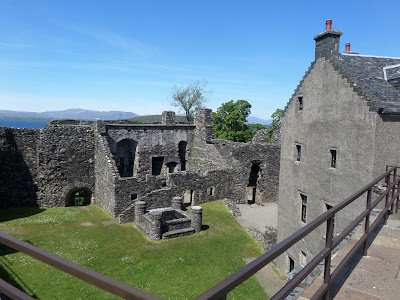 Back home again as Fifi was being dropped off as she was coming up with some of the other wedding party as her mum wasn't coming up till the Saturday morning. Our side of the wedding party headed down to the local Wetherspoons for a meal. The Groom and his family were all meeting in the hotel they were all booked into, but our side were scattered round various B&B's and holiday chalets so this was easier. Have to say felt real sorry for the staff in here as clear up time was atrocious and the length of time you waited on a meal was ridiculous, they seriously need more staff in this the height of he tourist season. Not that that put us off, every meal we ate out that week we ate here, and bumped into the other members of the party here every time we were in as well.

Was a great evening, me and my ex-husband getting on, seeing my ex sister in law for the first time in about twenty five years, we lost touch when she married and moved away. Always remember the good times we had when the children were younger and she use to come and help out, we had some great laughs. 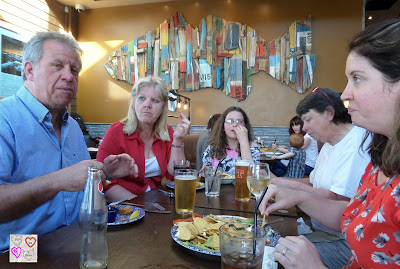 After the meal it was back up to the house. Louise painted up Fifi's nails ready for Saturday, 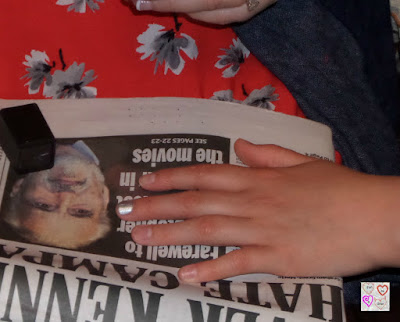 and we then wrote up the table plan and made the name markers, these were also butterflies to match the favour boxes. We did end up a tad confused with this as there were double names and it took a bit of working out who we had missed and who we had added twice, but it got there in the end. 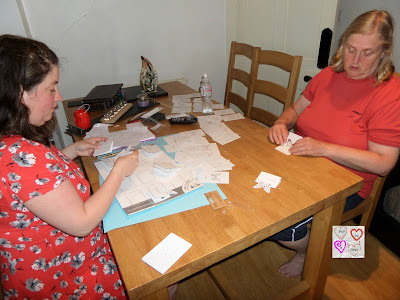 So that was it, off to bed ready for the big day. Was a privilege to be able to help with her big day.