Rather chilly these last few mornings, and so I stuck the fire on for fifteen minutes this morning, 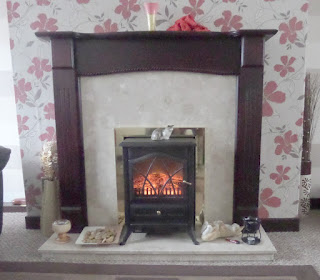 A nice sunset from the bedroom window. 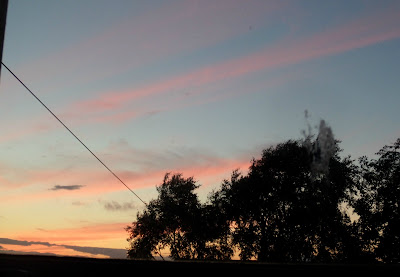 The tomatoes seem to have taken a huge stretch in the green house in the last week, probably doubled in height and now have lots of flowers. 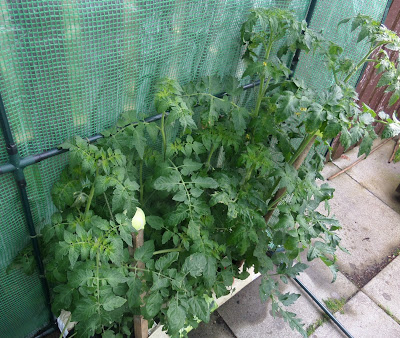 Well my prize turned up on Sunday. But when we went to assemble it instead of having a plinth type stand in the middle it had two feet, one near each end and thirty seven inches apart. But our tv table was only thirty four inches wide, so we ordered a new stand for it. Have to say it looks good and makes the room look much bigger, and there is still room for the Andrex puppies who have lived there for many a year. 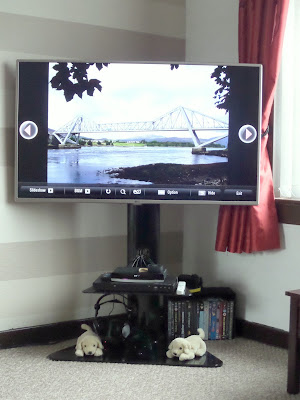 Had the twins and Bob round for a picnic in the garden today. The twins had their bikes with them and Minky was riding his down the path and bumping down the step at the end, and laughing as he did it, no wonder he gets a split head.  Then he decided he would ride Bob's scooter instead. He actually managed to grasp the idea of one foot on and one foot pushing, was not much good at it right enough, but he is only two. Dinky just stood on it with both feet. 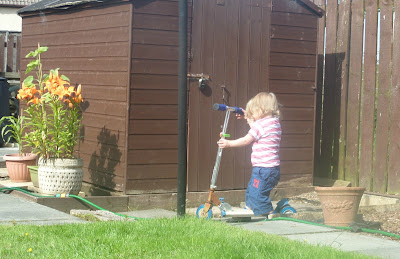 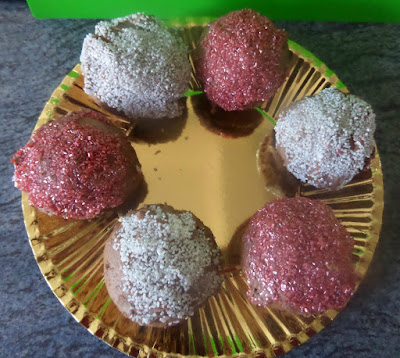 Have really enjoyed making Ziggy's blanket, nearly got as much done as I can until he/she is born
. So as I never made the twins or Evie a blanket I have decided maybe I should do. The twins will get something suitable for their cot beds when their mum finally makes them into beds, think she said maybe time they start school.....lol. Minky is seriously into Toy Story so the theme for his is easy. As Minky would say "to finity and yond" as he leaps off the couch/table/freezer etc. 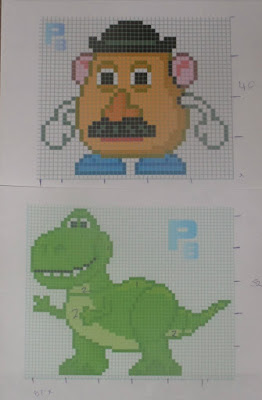