Been a bit of a medical related week this week between one thing and another. Also been a much colder week with our first snow of the winter. Hubby has been out to scrape the car and warm it up for me before I go to work, its the little things that make a marriage.

Was offered these through a blogging link, and as I have food allergies that I know of I thought they would be interested to do a review on. Did not look at the instructions in them until Wednesday but they need to be done and posted away on a Monday or Tuesday so they will need to wait until next week.

Cold cold nights, and as we put clean sheets on the bed on a Monday we popped the electric blanket on as well. Nice to get into a warmer bed. 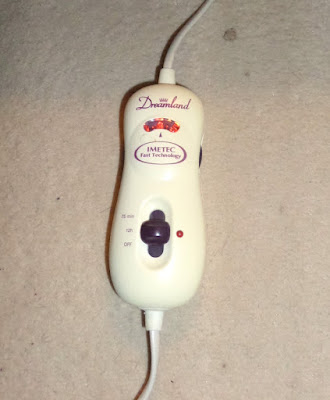 Had my flu jab at work on Sunday, by today the injection site  was very hot and sore so I went to GP to get it checked. She drew a red line round the edge and said if it spread beyond that come back, luckily it didn't.
Bob phoned to ask if he could come and stay for the night. So we spent time some time doing hama beads and playing happy families.
Had our first snow of the winter, more slush really as it fell on top of five hours of rain. but snow none the less

Bob helped me chop veg to put tea in the slow cooker before I went off to Glasgow for a homeopathy appointment. Had asked the GP a few weeks back to see if it may help to keep some of the allergies under control. She is going to work with me for at least a year and is starting by settling down my gut before she adds something else in when I go back in two months.

The hospital is in the middle of Glasgow but during my appointment I was watching squirrels and a fox out of the patio doors. Was very tempted to whip out my phone and take a picture of the fox but thought I better not.

NHS send you for the appointment but do not supply the medication so I need to get it ordered up.

Had a dentist appointment this morning, a six month check up. All ok. Then went to the optician as I broke my glasses so handed them in for repair. Did a wander of the charity shops and bought myself a pair of black boots, brand new never worn. Also go a couple of things to upcycle for Christmas.

First day I have had all week to go out for a walk with hubby and Lilly. Took her to Failford where she loves to run in the woods. Did pass another couple with two dogs but Lilly calmed down very quickly.

Have been sorting out the boot of the car adding an emergency pack with hats,gloves, waterproofs, bottles of water and snacks in case of breakdown or stuck in the snow. Also added a jacket for Lilly in case she has to get out the car with us. Will need to look for a reflective one for her at some point.
Did the after school activity run as Spud has a chest infection and needed to go to the doctor and DD1 has a frozen shoulder and could not drive.

Plodding away with the cross stitching, still got two of Dinkies to finish and two more to make, Have got a six hour day coming up where I will just be sitting around so hoping to use that day to get the two nearly finished ones completed. I am  hoping to have the sewing finished by the end of this month so I can get them assembled and the hama bead items done as well. Six weeks is all I have and time is running away with me.

Here is a finished rabbit and a fairy. The fairy as you can see is an easy finish as wings are all one colour. Not decided yet whether to go for a straight lilac or a variegated blue.