The ups and downs of being Private Rented

I have private rented now for over twenty years.I have seen the good and the bad in this.  I first got into it when I had looked for a swap away from the chemical plant we lived next too in Grangemouth that what having a detrimental effect on the health of my children. I had a nice three bedroom up and downstairs house with a front and back garden on a quiet road with a play park out the back and close to the shops. But nobody wanted to swap,  not even people that came to look from tower black flats in Glasgow as my house sounded like heaven in comparison. But they took one look at the area and changed their mind.


So I uprooted us from the east coast of Scotland across to the west coast to a nice village in East Ayrshire. Had a lovely flat and an amazing landlord.They became good friends and we still bump into them occasionally when out and about. I remember the really really cold winter when all my outgoing water pipes from my bathroom froze and we could not use the shower or flush the toilet. The landlord came out and brought a hot air gun and sat for over two hours heating the metal pipe enough to thaw off the frozen pipe and get my water flowing again. They were what a landlord should be - there anytime you had an issue with the property but left you to do what you wanted in your home as long as it was not detrimental to the property.

Sadly not all our experiences have been so good. We quit one house when we had water pouring through the lights in the kitchen ceiling and the landlords answer was to disconnect the electric to it and provide us with two lamps to use in the kitchen rather than sort the flat roof above it. Some landlords just appear to want the rent but not the responsibility.

From there we moved onto another property we really really liked. A three bed two bathroom flat with a secure entry and a lovely neighbour down the stairs. The neighbour was into gardening and encouraged us to grow vegetables, we learnt a lot from him. But just before Christmas one year we asked the landlord would we changed the living room carpet, at this point he told us he had sold the house and we needed to be out by the first week in February. So private renting leaves you with no secure tenancy.

From the house sold under us we moved to a property through a letting agent.  There are many agencies out there - some good some not so good and some just absolutely awful. HomeLet have made up a useful infographic to give you some fuel for thought. 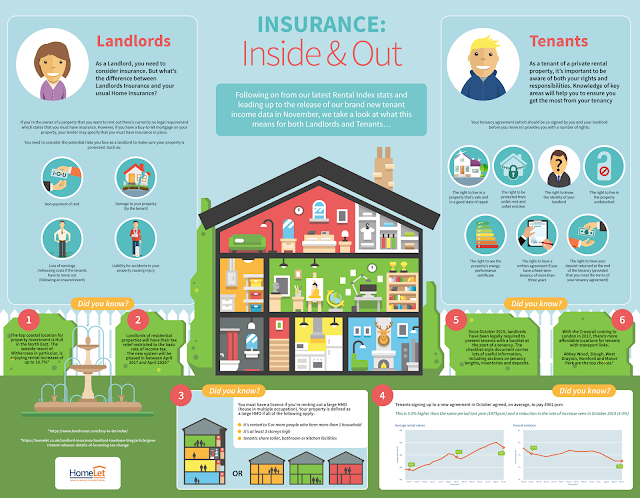 We thought this would offer us more protection and security as most agencies let long term. There are dozens of agencies out there, some good some not so good.  It was difficult at the time right enough to find one as at the time a lot of agencies wanted fees to put you on their books, Many of them wanted to charge you for a credit check to make sure you were a good bet. Some wanted us to pay for reference checks, some even wanted separate ones for both my husband and I. Then there were even some that wanted three/four/five months rent up front. Some wanted us to pay a holding fee for a property, and would take the same fee of more than one interested party. This has been illegal in Scotland for a number of years but it did not stop it happening. Whilst we were not prepared to pay it many others were. It is soon to be become illegal in England and Wales as well.

Our contract did have the scenario of the landlord being allowed the property back to live in themselves if they wanted it, this is not unusual and we found this is commonly added to any agency agreement.


Sadly we found an agency that employed a handy man who did any jobs needing done, a great idea we thought, a direct line to him 24/7.  Sadly we were informed by our neighbour that this handyman was "inspecting" the property when we were not in, so we fitted an alarm to prevent him from doing this.

We then moved into the best property we ever lived in. A huge farmhouse with loads of room for our by now adult children and their other halves. It was rural but a great place for the grandchildren to run around, lots of space to walk a dog and no noisy neighbours to contend with. It was cold and draughty as it was hundreds of years old with huge big thick walls and inadequate heating but we loved it. Sadly it was one the landlord took back for family to live in. They built a dairy just out of the back door and wanted the house for a farm worker to move into. But having said that we got nearly three years notice to quit.

Private renting does have some advantages, I know what my monthly rent is and have only had one landlord that put the rent up every year, the rest all stayed steady. The same cannot be said for a mortgage. If anything goes wrong I just make a phone call and the landlord will pick up the bill for any repairs. It is easy to up and move if you wish to, no selling, no buying, making it easier to relocate for a job.

My advise to anyone looking to private rent is to use a reputable agency and know your rights.
Have you ever private rented and have any hints and tips to share?