I have seen them advertised and seen footage on tv but have never actually been to one so today we decided to go and see a New Year big dip. Now I have to admit I am not brave, or is that stupid, enough to join in.

A friend of ours is a volunteer for Coastwatch Irvine  and we had seen this one advertised on Facebook and decided to go along and watch. 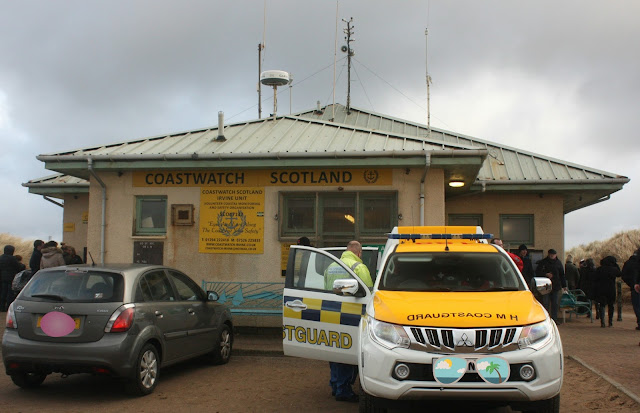 We arrived to find the car park very busy and masses of people milling around. Some like us dressed in layers of clothing with hats and gloves, others dressed in fancy dress, coloured wigs and little else.

Afterwards they were serving soup and cuppas, free to the people who had participated,or selling it in the shop for those that didn't. 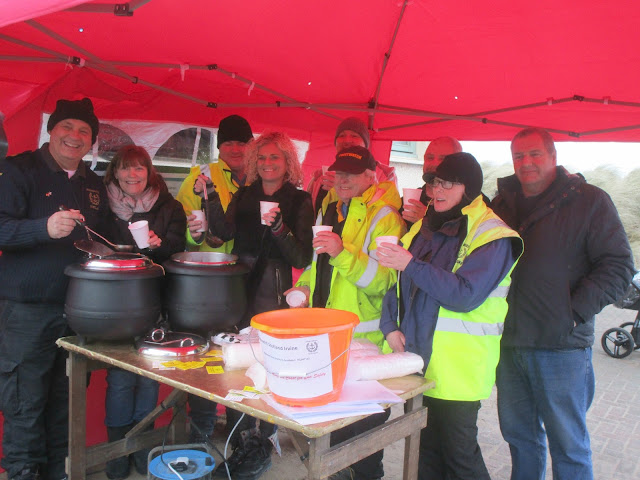 The pictures were taken by hubby, I shot video of the event