Pop up Pirates by Tomy

The twins have just turned four and they are getting to the stage where they are learning to play more complex games.

So when I was approached to see if I wanted one of four games from Tomy I chose Pop up Pirates as this seemed ideal for them.

I have noticed over the last few months when playing other games that we have how much better they are at taking turns. Also have to laugh to myself when playing games involving pairing up upside down pictures how they will tell you where the partner is when it is your turn and they know. But they are very good in general at taking their turn.

So whats in the box?
The swords are attached and need to be twisted off but only takes seconds to do. 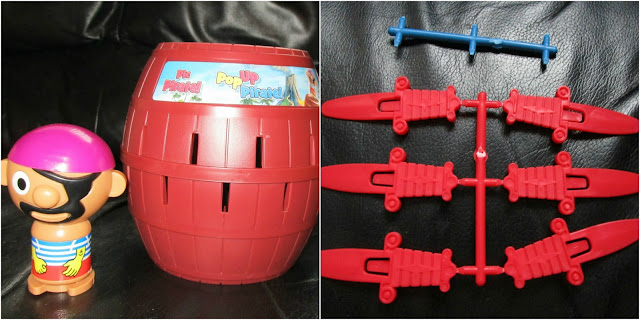 The instructions are very simple, pop the pirate into the top, turn it round  and then push in the swords. The bottom of the pirate looks like it should slot into something in the barrel and I was temporarily confused by the turn it round as I could not see anything it will slot into. Turns out you just pop it in and that is it. 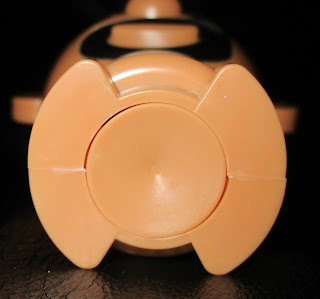 So I took it down to the twins house and they were excited to play a new game.

The rules are very easy for them to follow. They chose the colour of swords  they wanted,  pop the pirate in the top, and start pushing in the swords. To start with they were not pushing them in quite far enough but the soon picked up on pushing them in right up to the hilt.
Now as this was a new game they were not interested in taking turns, they just wanted to keep pushing them in to see what happened.  This is understandable at their age and the idea of any game is to have fun and not necessarily to play by the rules as such. 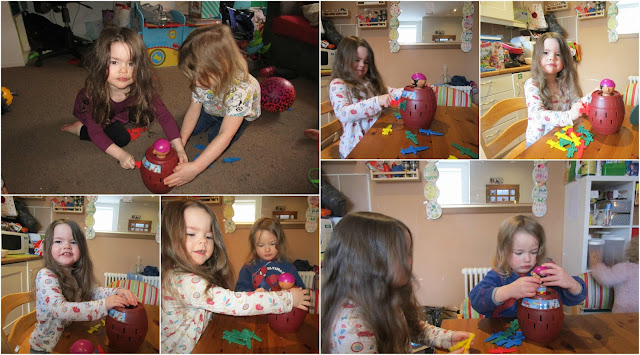 They got very excited by the whole pirate popping up and Miss Dinky was very competitive with it and loudly shouting "you die I win" to her brother every time she won. He was more excited about the pirate popping out and getting to push the middle of the barrel back down that the actual winning or losing.

I went back down again on Thursday and played again with them before taking Bob out for a few hours. Mr Minky does not have the same sticking power as his sister after less than ten minutes he wandered away. He added to the game by bouncing the pirate round the barrel and putting the swords in the top.

Dinky played away for ages and found it hysterical every time the pirate popped out.

The game is great as it is educational on so many levels. Learning is easy at their age, counting, colours, sharing, taking turns and having fun at the same time.This game covers all these concepts.
They do not even know at this age that they are learning, they just see it as normal day to day stuff.