First time I have caught up with a colleague since Christmas. A while ago she needed a next of kin for some forms she was filling in and she has no living immediate family so she asked if I would be her mummy for the forms. It is now a joke between us that I am her mum and she is DD4. She had bought me this for helping her out last month. 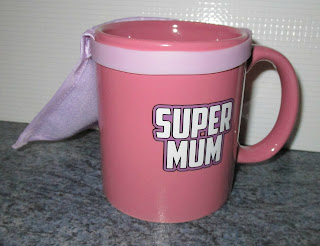 No gym run as Bob not feeling well. So we took Dixie for her first walk round the fishery. Never met any people or any other dogs. It was a dull afternoon, chilly but wind free. 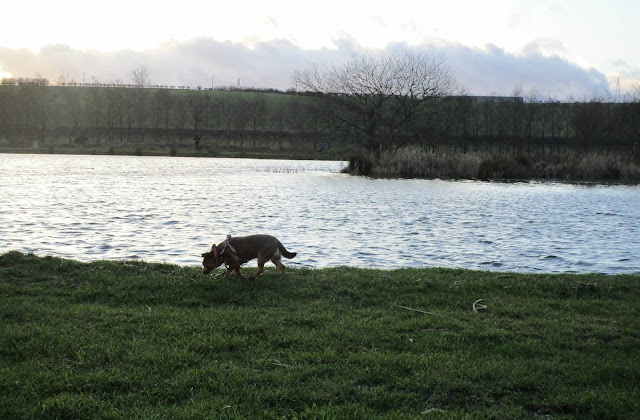 Tuesday
Phoned  the court today regarding my need to do jury duty. Said to contact them if we need special provision making for an issues we have. Well my food allergy is an issue so I was to send them an email with my issues. The woman says she read the email a few times, passed it to her supervisor and they decided they could not safely feed me with the issues I have. I am not allowed to take my own food in so they decided they would have to excuse me from my duty.

A relative on SIL1 sadly died last week. So his parents have made a start on clearing the house. They were kind enough to think of me. There was a bag of various sewing pieces which I have been given. Some of the items were in an oldie fashioned Quality Street tin. Did you know Quality Street get there name from a JM Barrie play of the same name? It was 1lb in weight ( incl wrappers) much smaller than todays tubs. 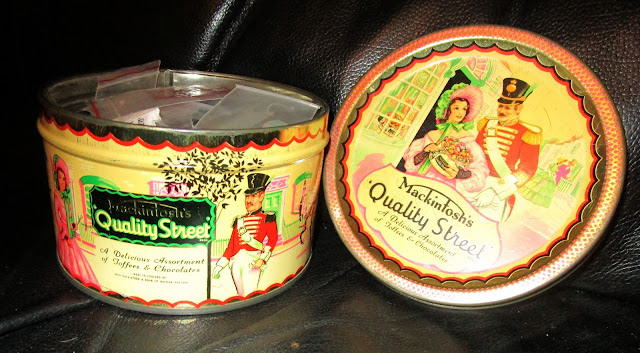 Watched Spud and Bob while the twins were at nursery while daughter did a dump run, some of my rubbish along with some of hers, made sense for only one of us to go so this was a great compramise.

DD2 came down for a few hours. She was going to stay for a few days but we were not sure on the reaction from Dixie if she did. Turns out she could have stayed but we know that the next time. Dixie did do a bit of growling and some yapping but we just popped her in her cage every time and she quietened down very quickly.

I see Ziggy here looking very much like my older sister when she was young. 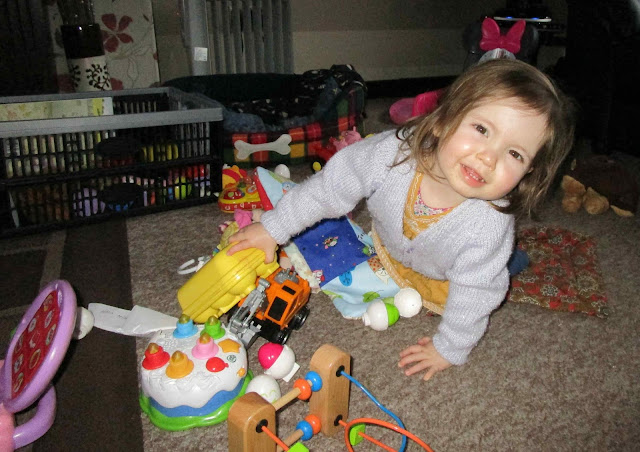 A bit of baby sitting for DD1 while she took Bob to the doctor. He is still not right and his breathing not overly good. They were due bathed so I popped the three of them in for her. Minky had hold of a bath book of five little speckled frogs and he was "reading" the book and singing his way through it. Was rather cute.He is always singing and often turns on Alexa to sing along to.

Dixie is a horror for jumping on the back of the black leather couch that sits under the window. She sticks her head through the blinds to nosey down the street. We don't encourage it but sometimes she is left in there on her own as part of her learning to be left. She sits on the back of the couch so she can see us through the glass door if we are in the kitchen. As I had acquired a few blankets the other day I sewed pleats into the ends of one to shape it to the couch and added some paw prints for effect. A quick easy make but useful. 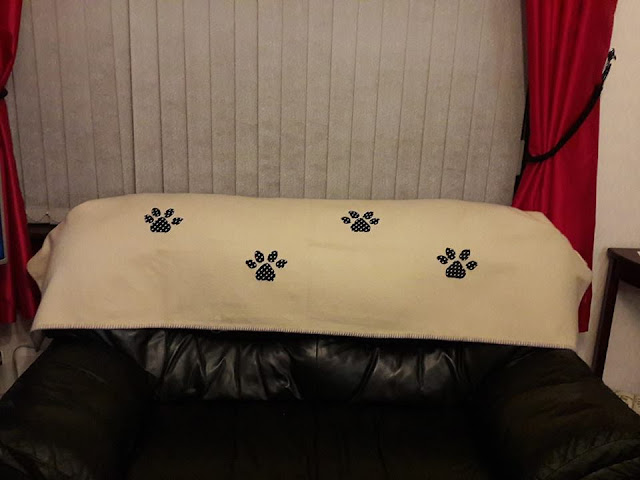 A bit of baking, some home made soup and have joined in with a #ZenArtChallenge taking it back to the basics and see what I can come up with. Dixie had a two hour walk down the woods. Got her a few hard chews and a doggy toothbrush and toothpaste as her teeth are very grubby. Hubby going to chop the long one in half to give her two shorter chews as that one is about the length of the dog. 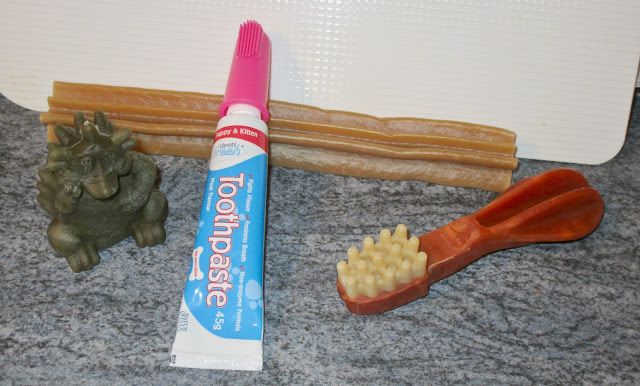 The weather forecast was for rain. It is not raining so we decided to take Dixie a walk to Auchincruive....yes again....lol.
I like this old greenhouse. I guess it must be more than 100 years old, probably dates back to the day the estate was owned by a family that would have grown a lot of their own food. The trees growing through the roof show how long it has been in disrepair. The construction is wood and a lot of it is propped up from inside to stop it collapsing. 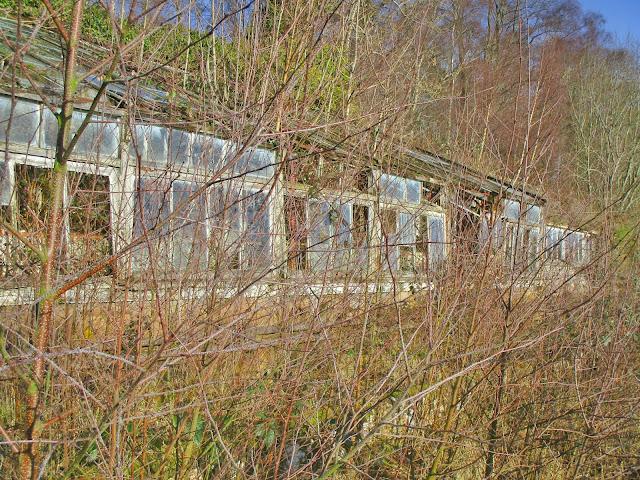