Sunday
A walk round the fishery after work, a cold but sunny afternoon with lots of reflections to be had. 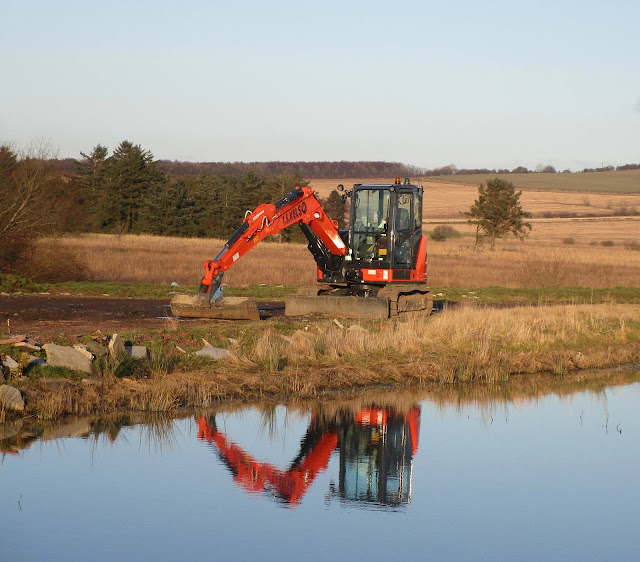 A two hour walk for the dog on the beach in the morning and two hours down the woods in the afternoon. Poor thing is shattered. But this is when you realise the dog was worth every penny - she is getting hubby out and about, and me as well, all good calorie burning stuff.

Hubby went into the river but Dixie was for none of it. 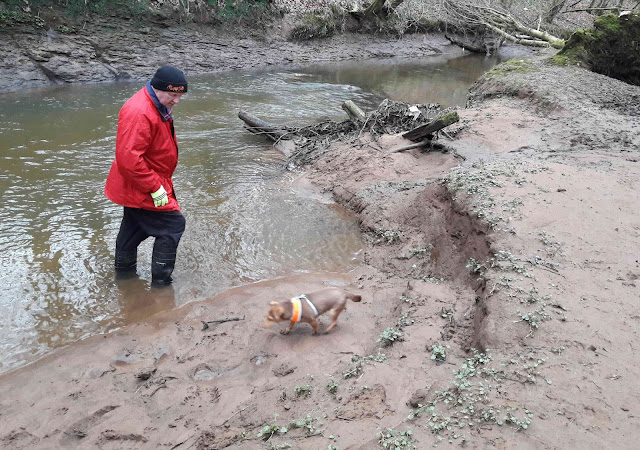 Wandered down to DD1's house while walking the dog. No growling and plenty of stroking. 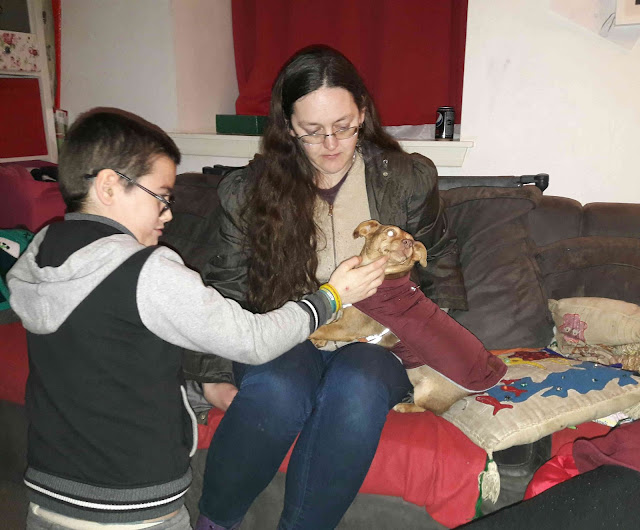 DD1 was looking for help to tidy up the garage so hubby went to help her. This gave us an opportunity to leave Dixie on her own for the first time in her life. Always had plenty of doggy pals in her old home. Was on her own for less than half an hour and was asleep on the back of the couch in the sun when I came back.
Dinky came home with a certificate for "Star of the Week" but refused to let me take a picture of her with it. 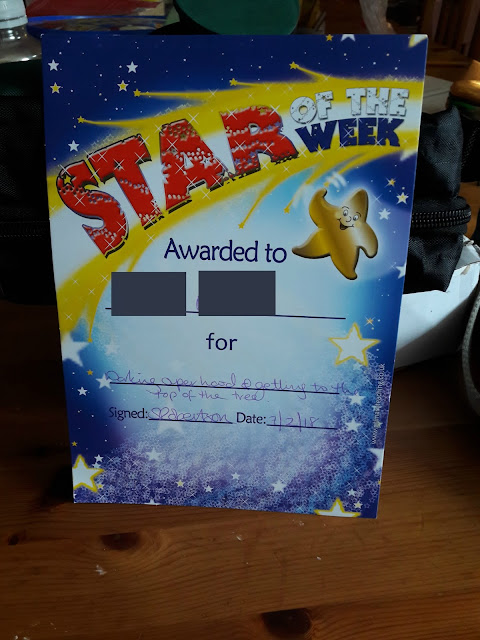 DD1, SIL1 and Fifi went off to the family funeral. Bob had originally thought he would like to go but then changed his mind. As when the funeral was planned I thought I might be on Jury duty they had found another baby sitter, so I decided to take Bob to see The Brick City Tour that is currently in Ayr. This was to take Bob's mind of of the funeral.

Here is Bob stood in front of the awe-inspiring centrepiece is London St Pancras Station measuring two by four metres, and built from 180,000 pieces of LEGO.
This we were told was built by five woman in three weeks from a plan that they adjust slightly as they go depending on available bricks. The model arrives in seven pieces and just needs slotting together. The staff were well versed on the models and we were happy to listen to them explaining it all.
It was a great exhibition that he really enjoyed, as did hubby and I. The detail in the models was amazing. A blog post may follow. 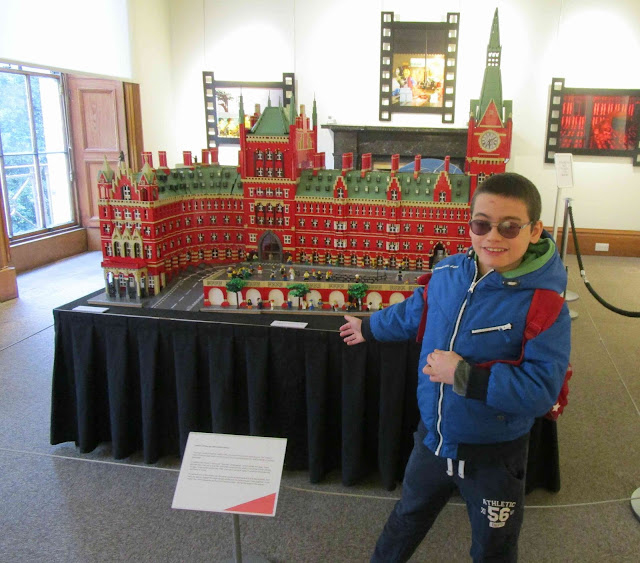 Finally got round to finishing the first of the animals that will go onto Spud's cross stitch blanket as she is currently the only grandchild without one. Was planned to be ready for her birthday next month but that did not happen with the weeks of not being able to use my arm. 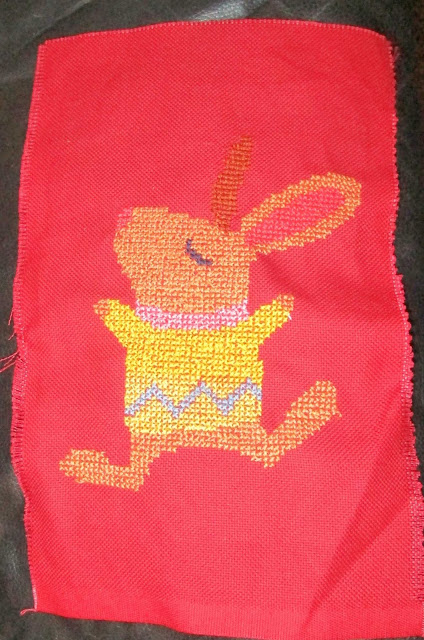 Making thr most of my Saturdays off, won't last much longer. We took a drive to Irvine to look in a couple of charity shops, buy a few bits in the supermarket and walk the dog along the beach. She was off her lead pretty much all the time we were there, happy enough to have a sniff with another dog but makes no attempt to play with them. Still plodding along in between us and not venturing to far away. She was sniffing at this pipe so I shouted her through it to come to me, and then hubby shouted her back to him. 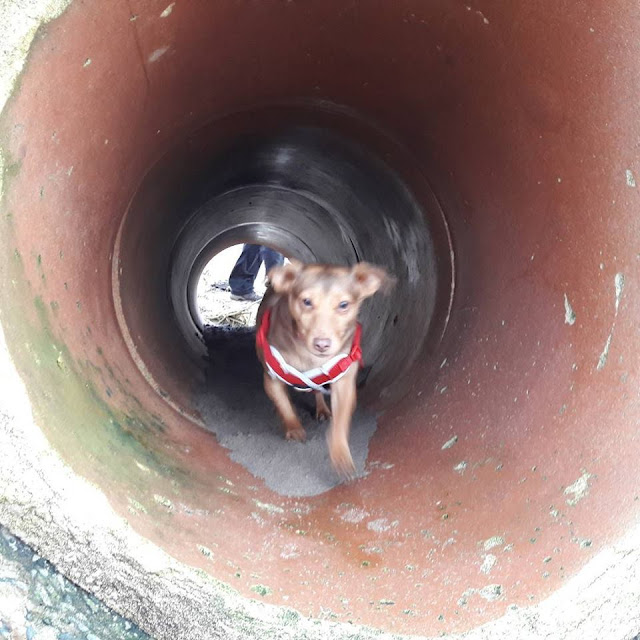 Have done an update on Dixie if any of you want to read how she is getting on, more doing it for me than any one else but some of you may want to read it.
Sorry four of my seven pictures relate to the dog.