Bob has been asking for a while to go fishing, so last week as we did not have Fifi ( she was away on guide camp) despite the threat of rain we decided to take him. So we popped into the car with his child sized rod and set off for some fun.

Granddad had ordered some flies for him, and so Bob chose three he wanted to take with him, which Granddad debarbed so if he got one stuck in his finger it would come out slightly easier. We set up at the side of the river and granddad helped him start off 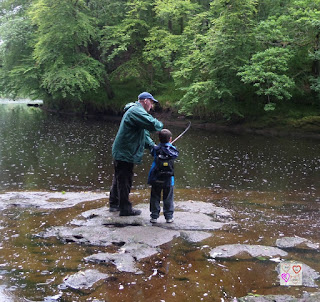 and within less than five minutes it was raining. So while Bob and granddad fished in the rain 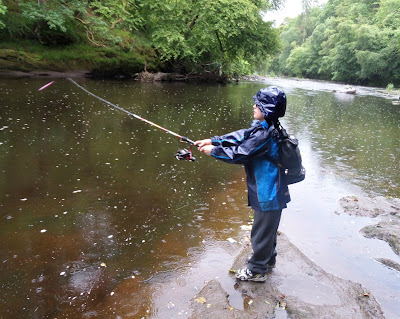 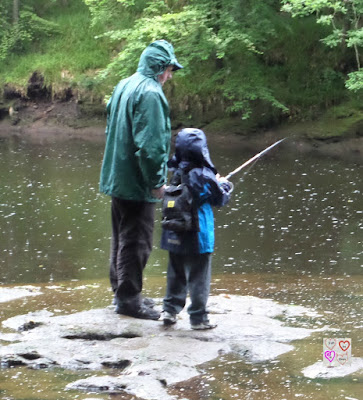 I stood in the edge taking pictures of raindrops on leaves. 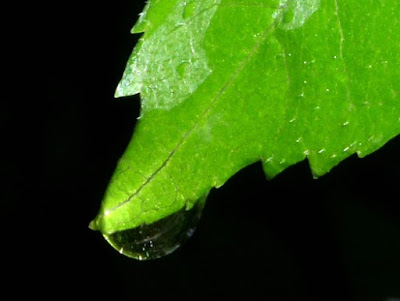 and droplets in the river, well I needed to so something.... 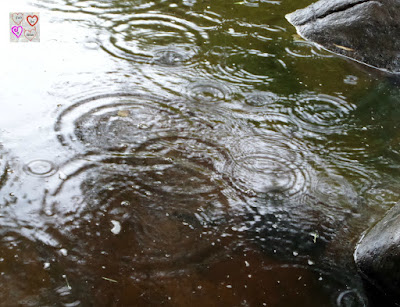 Then the rain stopped as quick as it had started and so we decided to head upstream to a different spot before Bob got bored.

Before long he was untangling his own tangles 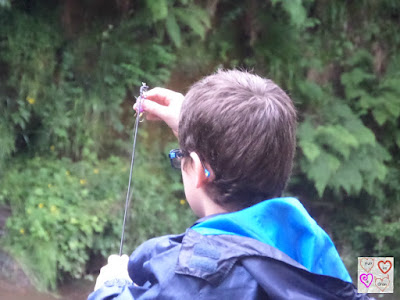 Then we put the fishing rod away and granddad and Bob had a competition as to who could make the biggest splash.

On the way back up the hill they decided to race, with Bob in the lead 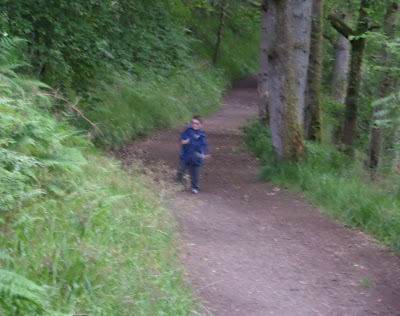 well in the lead 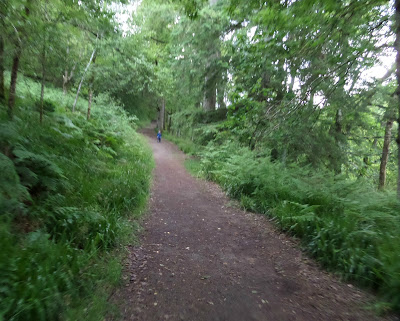 But Bob slows down and Granddad catches up 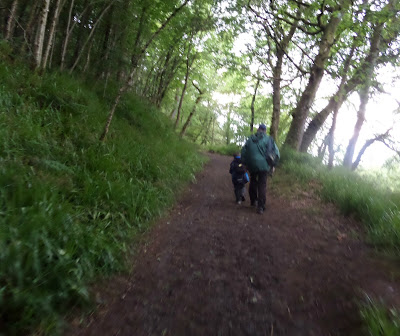 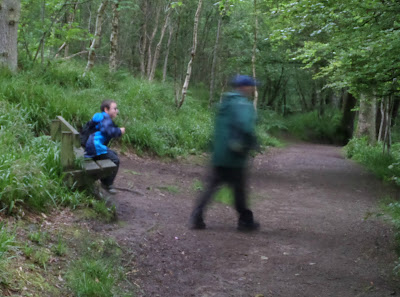 and the two of them do a victory dance 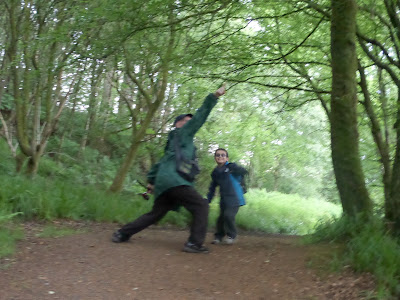 A fun evening was had by us all despite the rain.