Love this time of the year, lots of shops sell this, yum yum yum.

Had a moan about hubby eating the jelly from the trifle last week, the only bit I eat, so being the lovely man that he is he made me some potato scones while I was out.

Sharing this for those of you who might not have seen it. There has been a safety warning issues for Indesit, Creda and Hotpoint tumble dryers. Some of them can be a fire risk and need an adjustment. You can check here if yours is affected here.  Yes I deliberately blurred my serial number. 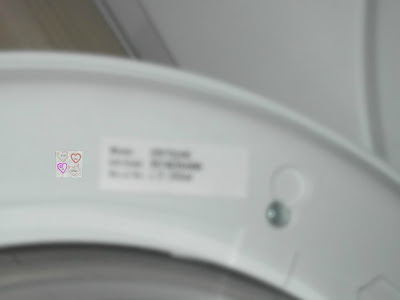 Went to meet up with a friend for a catch up and while there had a wander round the Christmas department, could have spent a fortune.

Dinky is not very keen on being away from home without either mum or dad so normally when I babysit them I have them down there. But they were wanting to do some sorting out that they could not do with the twins around so I brought them up here. Apart from a few minutes of settling in she was fine. No tears or temper tantrums just four hours of fun. The two of them spent ages playing with a tea pot that sounds like it is pouring tea and pouring it into the cups and we all drunk it a few hundred times.

Bob decided he was staying over night. In the morning he had a couple of satsumas as part of his breakfast. After I had put it on the table for him and before he got to eat it Granddad had drawn a face on it and placed it back down on the table so Bob got a fright when he picked it up, and made us both laugh.

Today is my birthday, the seventh one in four weeks, Thankfully no more now until February.
Daughter made me a cake and Bob spent an hour making a pooh bear that would sit up on my cake from fondant icing. He told me that I taught him well. The rewards are worth the training.