When DD2 fell pregnant she asked me to make her a cross stitch blanket for the baby as she loved the ones I had made for the eldest two grandchildren. So how could I possible say no? DD2 and SIL had decided they did not want to know the sex of the baby until after the birth so the blanket had to be unisex and something that would not be out grown too quickly so I ruled out your typical baby pictures to add to the blanket.

So I bought a baby afghan in a complete kit as this would give me a selection of colours of threads  to allow me to decide what pictures we were going to add. The baby afghan comes in squares so I was looking primarily for pictures that would fit in the squares.

So upon receiving the kit I was a bit disappointed that the threads were not sorted in any respect and that the instructions said the threads needed washing before using as some of them may bleed.


So I took to looking through the books I had and then turned to pinterest and managed to find a huge amount of pictures that I was happy to choose from. 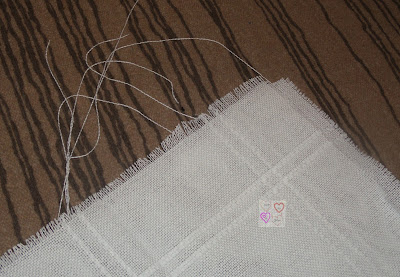 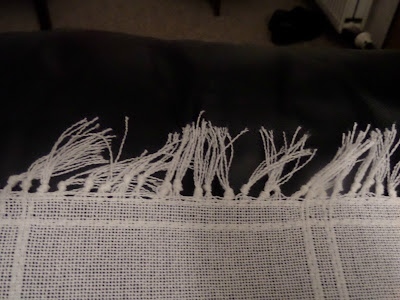 I knew I could not manage to stitch at the 28 count that the blanket came in and so bought waste canvas to add to the squares to make it easier for me.

a pink owl and a blue owl in opposite corner to cover both sexes. 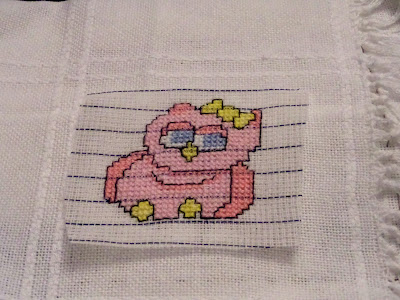 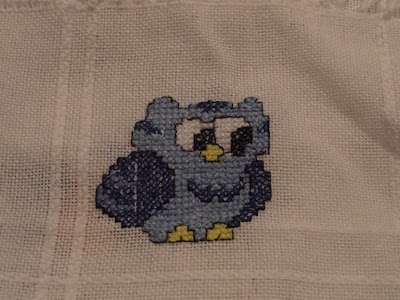 then a train and a truck again in opposite corners 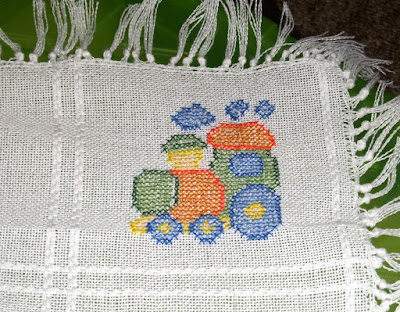 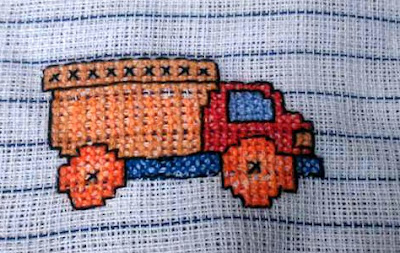 Next up we had a snail and  a tatty teddy 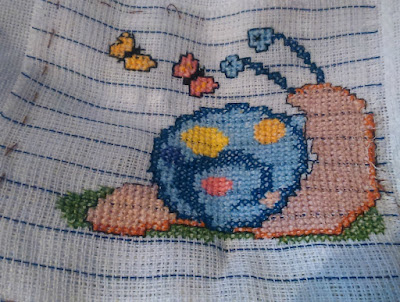 lastly as far as the pictures were concerned I went for a pink rabbit. I chose this one as DD2 has a pink rabbit that she got for her second Christmas and it still plays Brahms lullaby. She use to spend half the night pulling the string and making the rabbit sing, 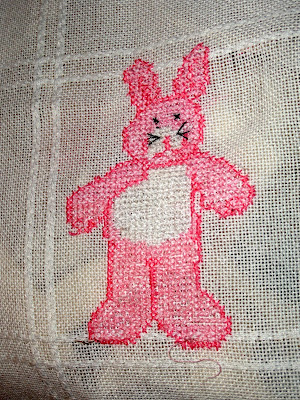 and a green frog as SIL use to get a frog of some description every year from his Aunty Mary. 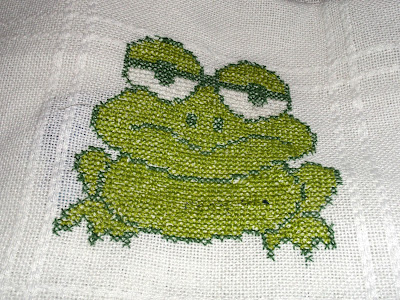 I then went for a verse on the top. 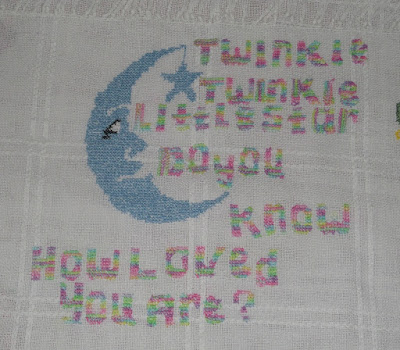 leaving room on the bottom for her details once she was born. 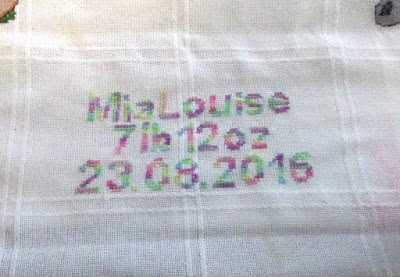 As obviously the back has loose threads 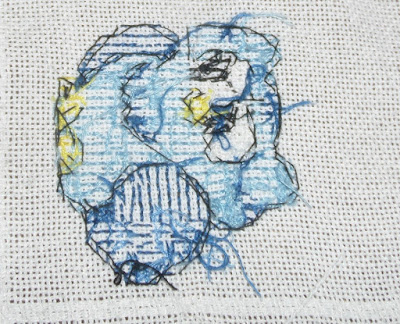 I needed to back the blanket to avoid little fingers getting caught. 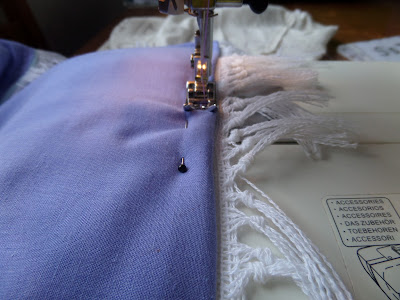 I chose a lilac colour to compliment the rainbow thread that the test was written in.

and here we have one finished blanket. 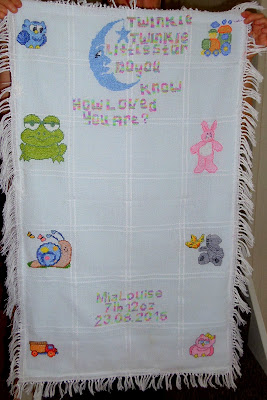