Well having done five years of this project I could not really stop now. I am not so much fed up with the project just life in general and this was reflecting in my effort that I put in last month.The knock on effect financially of me having four weeks off sick is not helping my frame of mind either, but nothing I can do about it so no point in letting it drag me down. So have taken the bull by the horns this week and made a few changes, some of these changes have made for pictures of the day this week.

Welcome to 2017. I do not like purple or yellow jelly tots so decided to play daft with them.

A walk round the fishery with Lilly. She just lives to get out and run, and the tail wags constantly. Love how she has grown in confidence and wanders away from us to explore. She was our best buy of last year and well worth every penny of the rescue fee.
Have to say icy puddles are a bit like piles of leaves and bring out my inner child, I have to go and walk across the top of them and crack the ice. I also like to walk through snow that nobody else has disturbed. 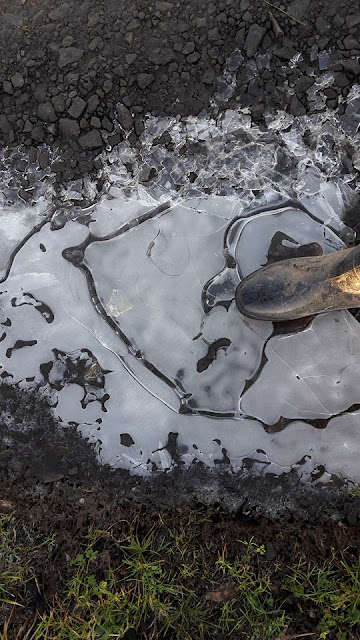 One of the things that has been annoying me is the time I have spent playing on various bingo sites. Don't get me wrong I do not spend much money, a maximum of £20 a month and if I win I draw my winnings out and then add them to another site and get a bonus to play with as well. At then end of the year I have won more than I have lost. But I have been spending a lot of time on them as they send you a text/email/phone call saying we have added free spins or a bonus to the account, so you go on and play and win a bit so do a few more spins etc and before you know it an hour has passed. So I decided this week to close them totally  or some I could not close from my account I suspended them for up to five years. 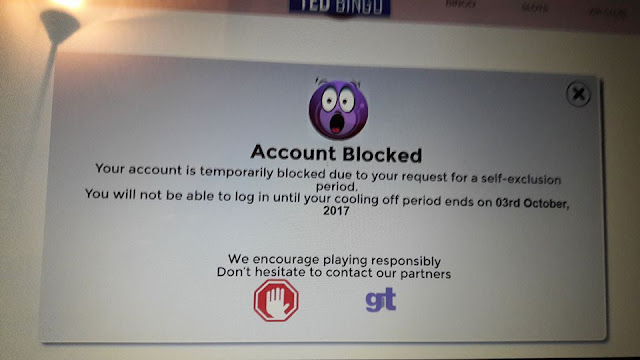 DD1 had to pick her mini bus up from the local garage today after its MOT. It is a two minute walk from her house but save her trailing the four children and having the hassle of strapping them into their car seats I said I would pop down and watch them. So as it was dry but cold we wrapped up and went to the park.Had to laugh the twins were running and I was chasing them and they were both busy looking behind them when Minky fell over, and Dunky promptly ran into him and tumbled over the top landing in the mud. The two of them laughed their heads off. 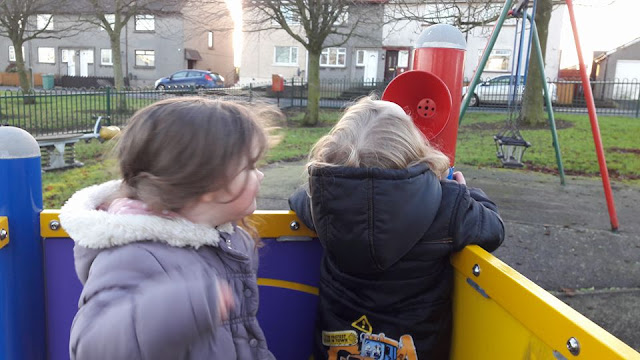 One of the reasons I want to reclaim some of my time is to get back into doing some keep fit at least three nights a week. I was busy busy making Christmas presents for a lot of the tail end of the year, that combined with being ill for most of December I just got out of the habit. I did well last year having lost a stone and a half and while I have not put any back on in the last four months since I stopped doing any I want to lose the same again this year and so am determined to get back into doing it.

So today I have had an hours walk with the dog, a half hour walk with the dog and a forty minute work out while tea was cooking. My second workout this week over and above the normal walking of the dog. 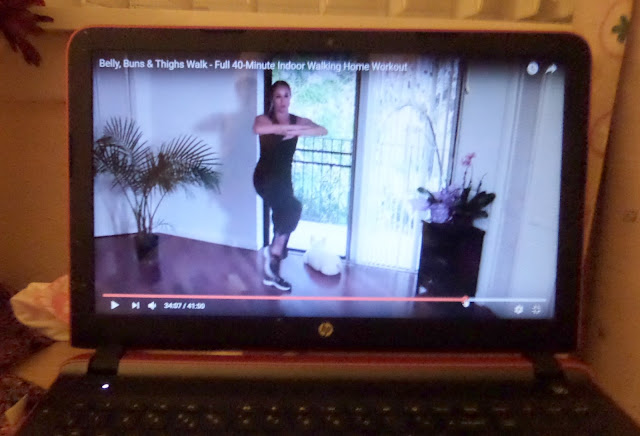 Popped down to DD1 to pick up my amazon parcel. Walked in and Dinky ran over with a huge squeal of delight and gave me hugs and kisses. She then showed me the slices of satsuma she has had stored in her cardigan pocket since this morning. The two of them were having fun playing with the kitchen they got from Santa, they love it, great choice Santa. You can see Spud sat on the couch in the background, she was enjoying sing a long a Christmas songs from youtube. She did end up down on the floor jining in with playing with the kitchen.

Managed my third work out of the week. 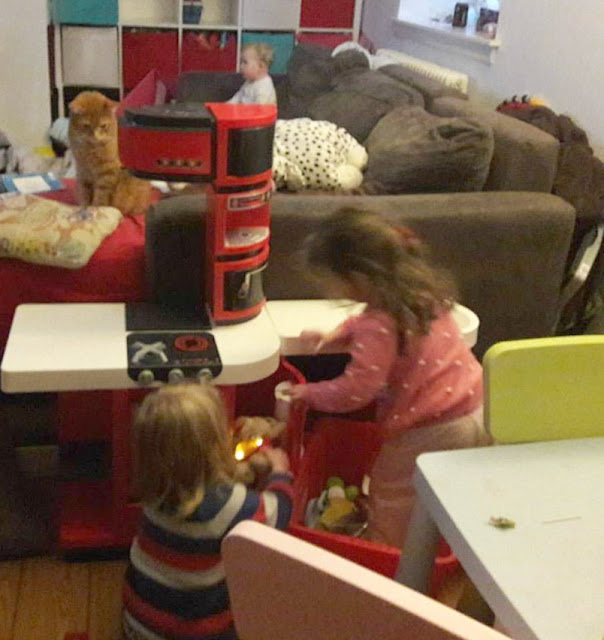 When you are doing patchwork there is a large amount of pressing of seams to do. Rather than using the ironing board which would be in the way downstairs where I am doing my sewing or a nuisance to use upstairs I made a pressing pad. Have seen people using them on youtube tutorials but I was not keen on the price. So hubby found me an off cut of a piece of loft flooring. I measured up a length of wadding and stitched a cover on it. I then topped the piece of flooring with some tin foil which hubby taped to the back, I then folded the cover with the wadding inside round it and hubby stapled it on for me. One ironing surface big enough for pressing on that will sit nicely on the table next to the sewing machine. 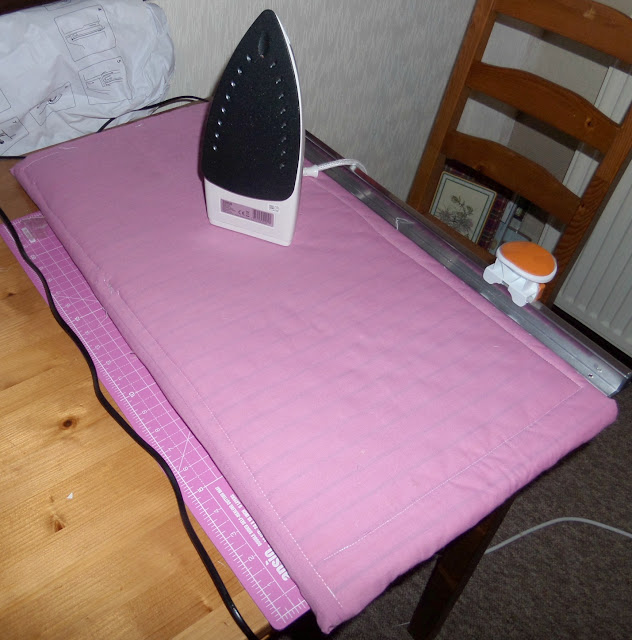