Made the most of working in an ophthalmology ward at the hospital at the weekend. On Saturday my eye was a bit gunky during the day and on Sunday it got redder and sorer during my shift. So I asked the on call doctor to have a look for me. Confirmed my bacterial conjunctivas was back and gave me drops for during the day and ointment for over night. She also took some swabs to send away for testing. Then told me I should not be at work, because of where I work and the risk of infection, but by then it was only ten minutes before the end of my shift anyway. Just meant I could not do my overtime shift. 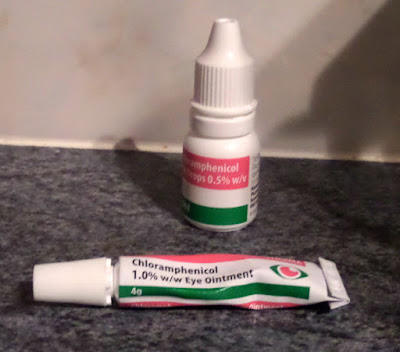 Could not sleep. Woke at 4am and decided at 5am to get up. Did some sewing, made my cross out of squares and triangles with a diamond in the middle and joined my four squares together from last week. Now just need to wad it, back it and quilt it. Scuse the wall hanging sticking out of it but I pinned it to that to get photos. 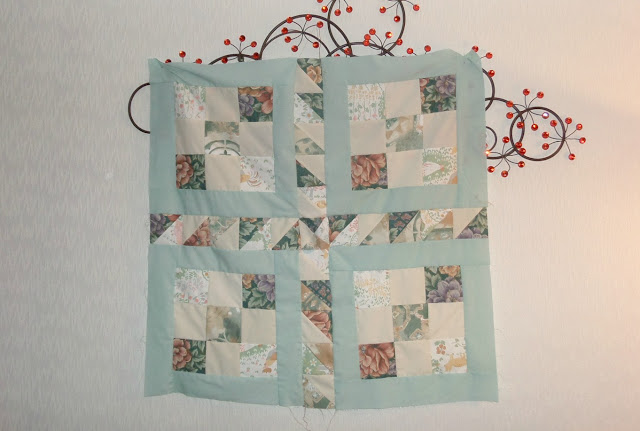 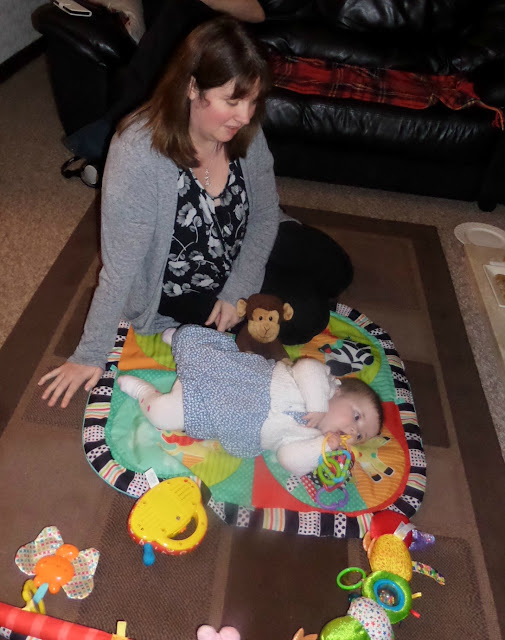 Back to Homeopathy for my second appointment. She had concerns over how often my body is over reacting to food since I started and is reducing the dosage to see if that helps, if not it will be back to the allergy clinic.
We went for a walk with the dog before I went and we found a sheep well and truly tangled in some brambles. Poor wee thing was lying on its side and I would say judging by the hollow it was lying in it had been kicking for hours. Poor wee thing was quite weak on our way back and only managed to wiggle its ear.  So hubby walked up to the farm to alert the farmer to its plight. 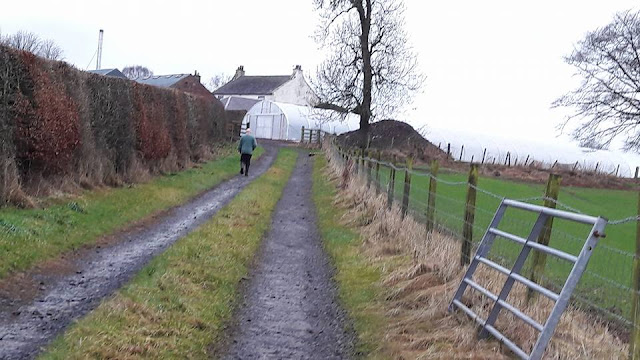 Ziggy managed to roll herself from her back to her front tonight twice, so I shot a video.

Been having fun with my new addictive hobby this week. Decided to make myself a new cover for my sewing machine, well seems a logical first finished project. It was a learning curve and I did a blog post on it here. 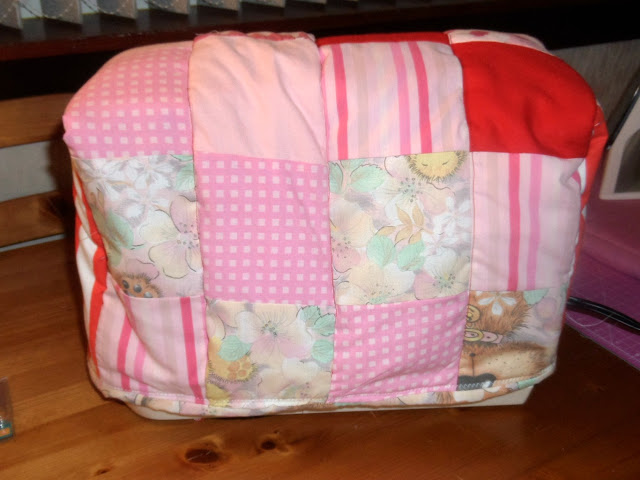 As part of my Christmas the grandchildren bought me a recipe book of dog biscuits along with two shapes to cut them with, I have to admit to not having had time to make any yet.  Well I went upstairs to do my third workout this week and left the tea ready to go in the oven. I came down and hubby had been cutting bone and dog shaped pieces out of the pastry. So I cooked them on top of the meat anyway. 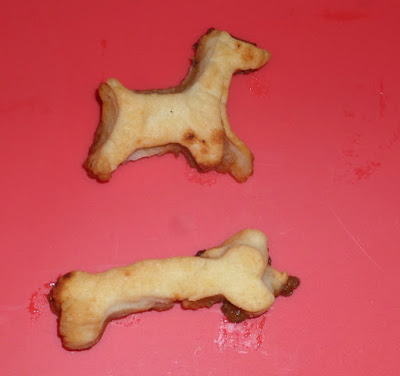 Look every tub has a lid and every lid has a tub, I doubt it will last long but at least when I go for a tub for the next few days I will manage a matching pair. 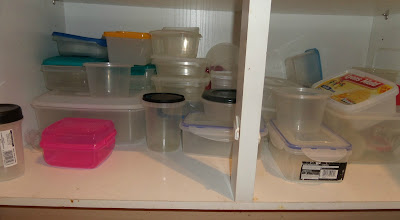