Lying in bed just after 4.30 am and could hear a "beep" shut eyes start to drift off "beep". Half awake thinking that sounds like a smoke alarm "beep", can't be all the batteries were changed last week "beep". So I got up and stood on the landing till I worked out which one it was, fetched a chair to stand on and removed the battery. Brand new battery was about dead. So much for being safe and changing them once a year. 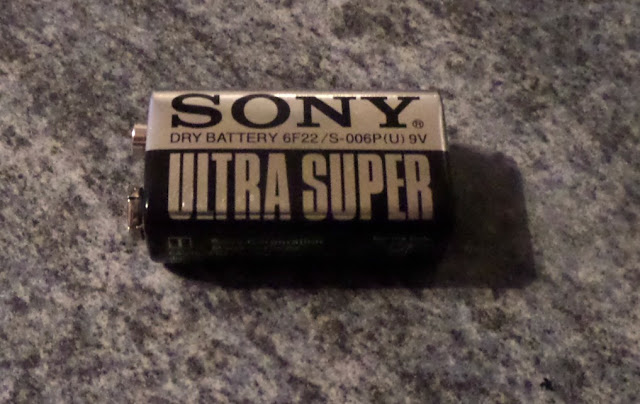 
A cold start to the day. Spotted the frozen drips on the broken greenhouse frame when I went to let the dog out. As you do when it is freezing cold and half dark you whip out your camera. 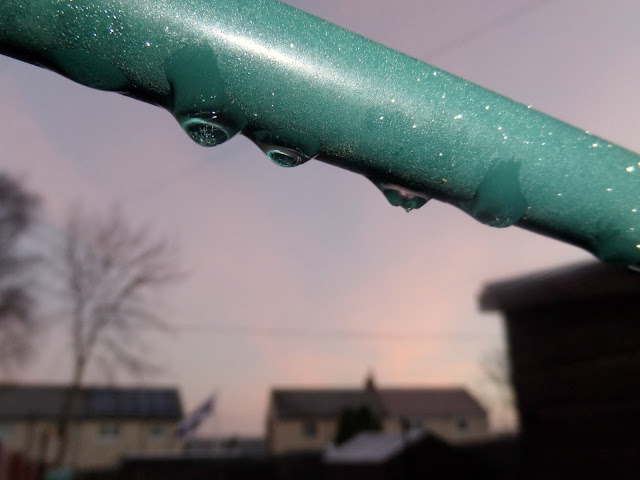 One of the draw backs of having a dog and living near muddy fields, she trots grubby footprints all over the place and shakes her mud onto the cupboard doors as well, floor and doors are wiped nearly every day. Luckily she is small enough to lift into the sink and rinse off. 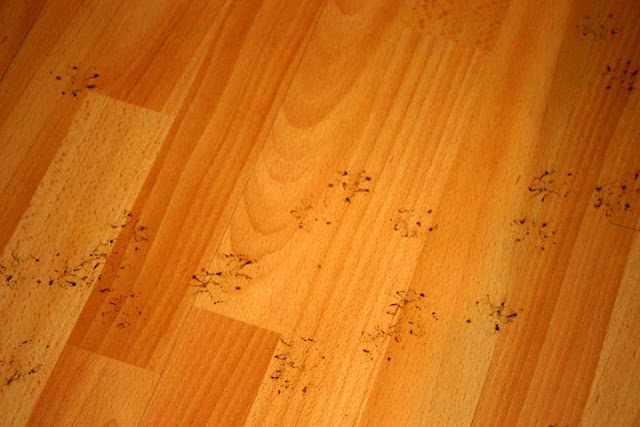 A walk along the beach with hubby and Lilly. Was chilly and windy but it blew the cobwebs away. Sun was low and creating silhouettes. The tide was going out but every so often a big wave would come further in so a few times Lilly got her feet wet. We were on the beach for well over an hour. 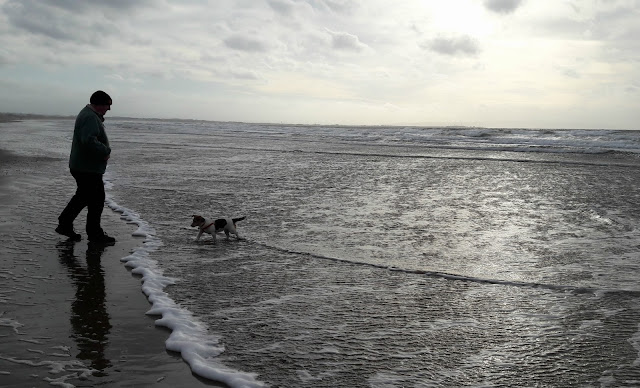 My talking about quilting at work has got a couple of the others interested so Lynn bought herself the items she needed and has joined me. She has done well, made a couple of make up bags with waterproof lining and zips on and is currently working on oven gloves that she bought heat proof wadding for.
We have decided once a month to meet up at each others houses and have a sewing session and a natter. So I went along to hers today and worked on a new diamond shaped creation.
Have actually been spending some time getting to know my sewing machine, for years all the poor thing has done is sewn in a straight line. It actually has 22 different stitches and various features that I will be trying out sometime soon. 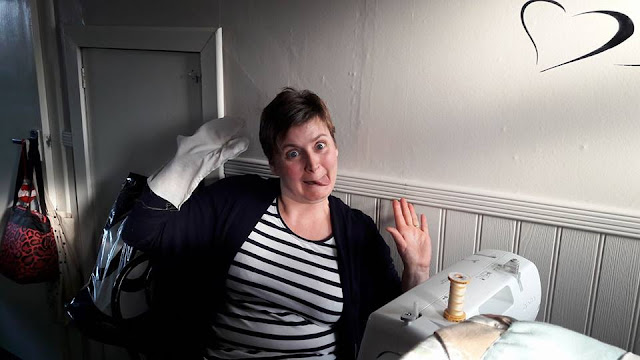 
Managed my three workouts this week, been ringing the changes again. Finding that the one I was enjoying are just to sore on the old crunchy knees. My head might still be 29 but my knees are not. 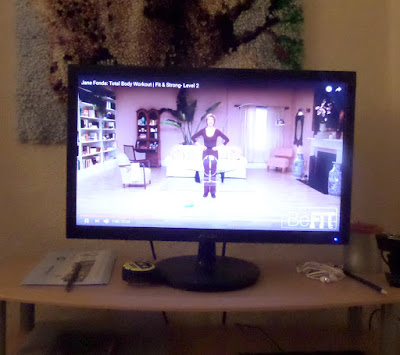 This week on the quilting front I have finished last weeks. Another learning curve, worked out it is easier to quilt the triangles than the squares, less stopping and starting. Have made myself a pin cushion and been experimenting with a diamond shape. At the moment this has no plans to become anything, will go into my pile and one day it may be added to a bigger piece of work. 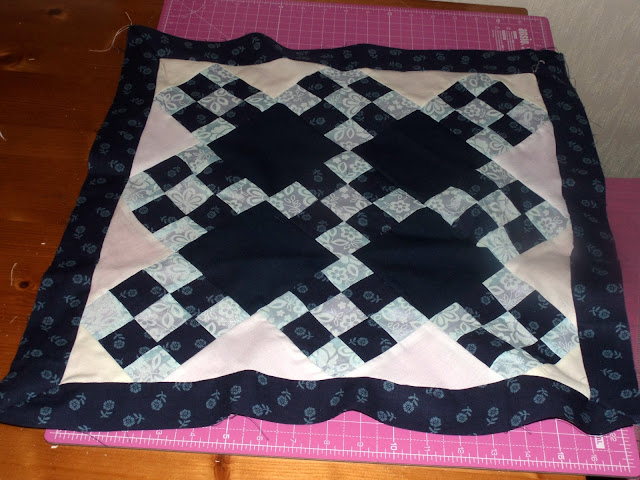