A very lovely friend of mine is getting married shortly. Her husband to be is one lucky man that is all I can say. Sam is one of life's gems. We use to live across the road from her in our last house and her daughter also has food allergy issues and Bob liked to spend time with her, and despite her being ten years older than him she always found time for him and it helped him to know big people carried epi-pens as well. I did not at this stage of my life. 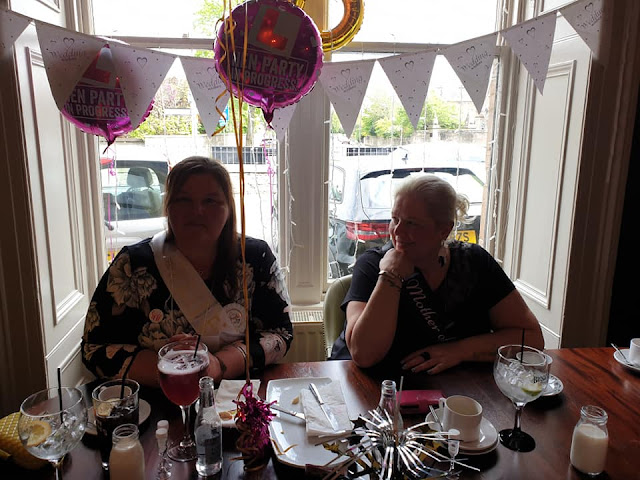 DD2 has gone to see The Tiger who came to tea with her two girls and Spud, this was Spud's birthday present. I think Ziggy enjoyed it more than Spud did.

DD2 was going down to DD1's and they were all going down the fishery for a walk and to see all the chickens, peacocks etc.

When they were back here Ziggy and Granddad went upstairs to fetch a game down and ended up having a ball for an hour until tea was ready. Here she is sitting watching Peppa Pig on granddads computer.  After tea Ziggy and I went and played games before bed time. 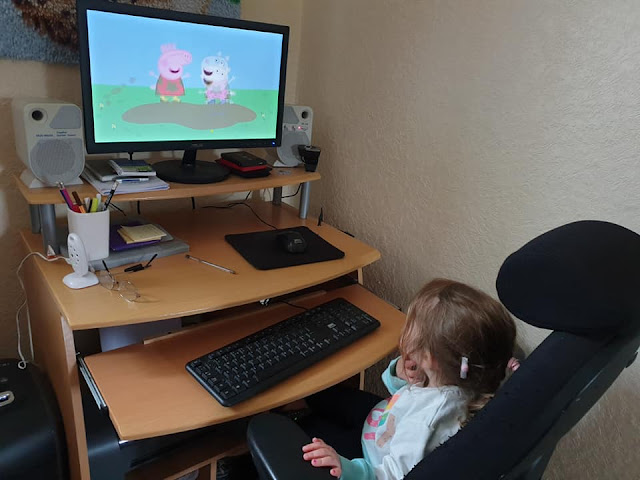 DD2 and the girls going home this morning. Roo is now very talkative and laughs and smiles most of the time. She has changed a lot in the few short weeks since we last saw her. A walk with dog for us just after lunch time. 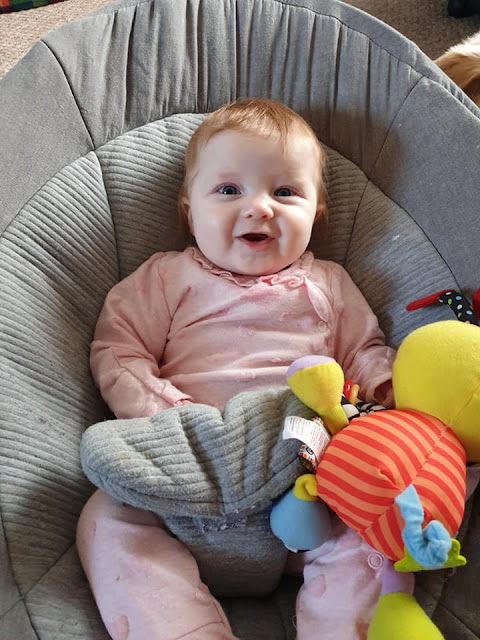 Have finished the first cardigan. The pattern was for a hood but I could not get it to sit anything like right. So I undid the hood and just picked up the cast off edge and did a collar to match the ribbing. This was an experiment with what I was hoping would be a size that would fit Spud so that I can work out sizing for all the others. Also was to be an indication of how much wool each size will take. Not tried it on Spud yet but it drowns Ziggy. 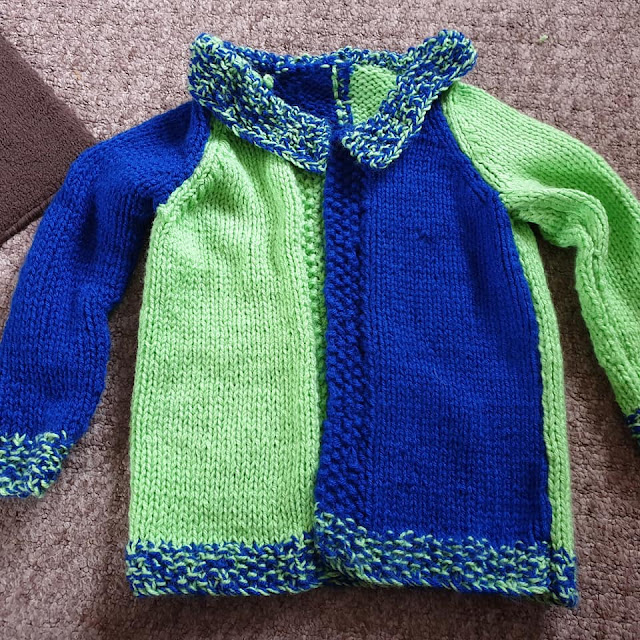 Spent the day doing knitting and watching Sky go on my kindle. Also did a bulk cooking, made mince and tatties, lasagne, macaroni cheese since I was making cheese sauce for the lasagne. That is the next four days sorted out.

Hubby spotted a second hand camera that he fancied, he takes notions and got fed up with the last one so we sold it. Took a run to pick it up and then took a walk round Dumfries house. 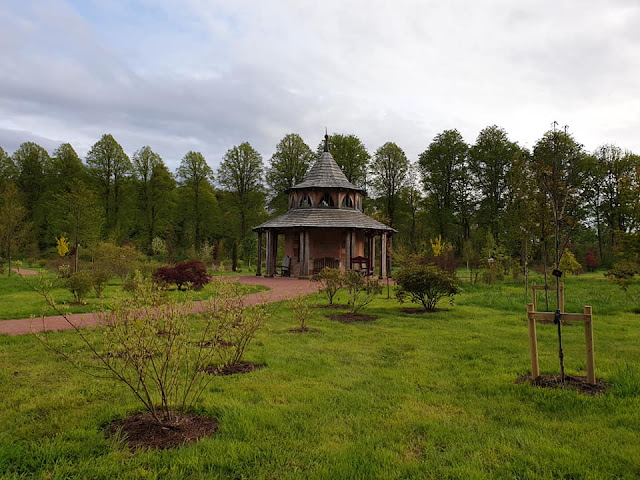 Took a run in to see friend but he did not want to come for a walk with us. Did some shopping and walked the dog.
My Xray results are still not in but my sputum sample came back showing no infection. Not done a huge mileage at all this week. A mere 25 miles and averaging just under 2 miles an hour, find it less painful that way.

Have spotted this vehicle around a few times this week but not actually been near enough to see what it was. Well today I did get close enough. I guess Apple maps will be in opposition to Google maps. You can read the name on the window if you zoom in 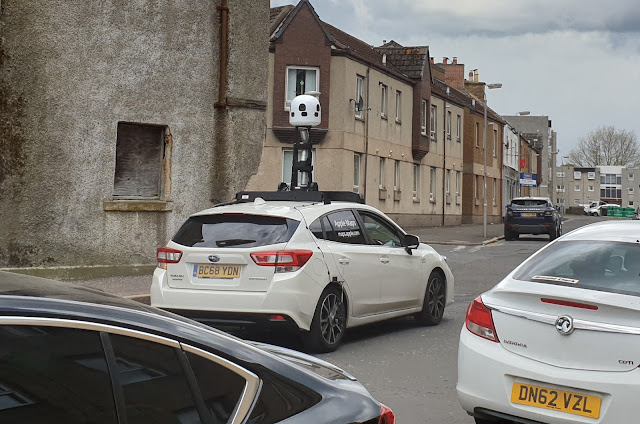 I was lucky enough to finally win one of these, sadly to late for  me as I bought mine a few months back, but hubby has acquired and he will put it to good use on his walks with the dog. He has an app on his phone but forgets to set it, so this will not get forgotten when he goes out as he never goes out without a watch.  Came with some plasters and hand sanitiser as well. 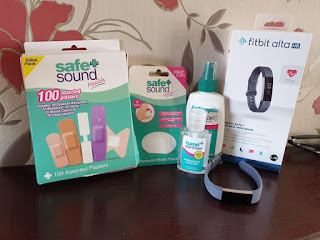 You are invited to the Inlinkz link party!
Click here to enter
Posted by fun as a gran at 07:06