Another full day at work. Hubby dropped me off and pick up his friend to come and help with building a top for what is now the tattie patch, this was to keep the cats out of it. They also got the sheds all painted as well.

Had contacted Hotter the other week as I had heard nothing from them. Turns out they had not got my returned parcel. They asked me to provide the return reference and agreed to send me another pair out. 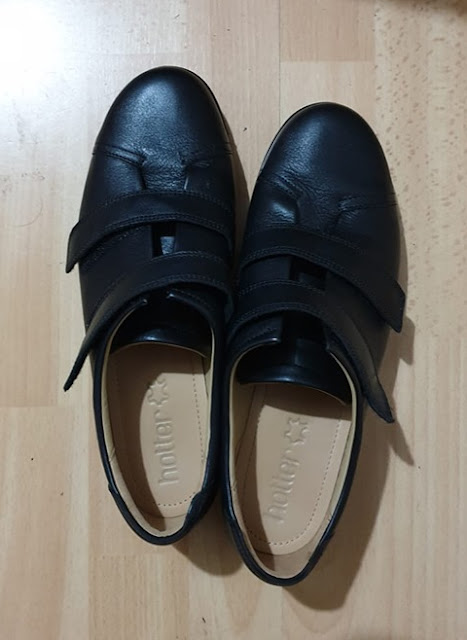 Got a phone call from the GP which had my heart in my mouth as they had said they would only phone if there was something to report, but luckily my chest xray came back showing nothing sinister. Reckons it is either pleurisy or bronchitis and I have to take it easy for a few weeks, and then go back if not happy and they will see what else they can do. Have to say was very relieved as Goggle is a bad idea with things like this. So heading that advice the walks have been thin on the ground this week but the knitting has benefited from sitting time.
A slow mile round the fishery. 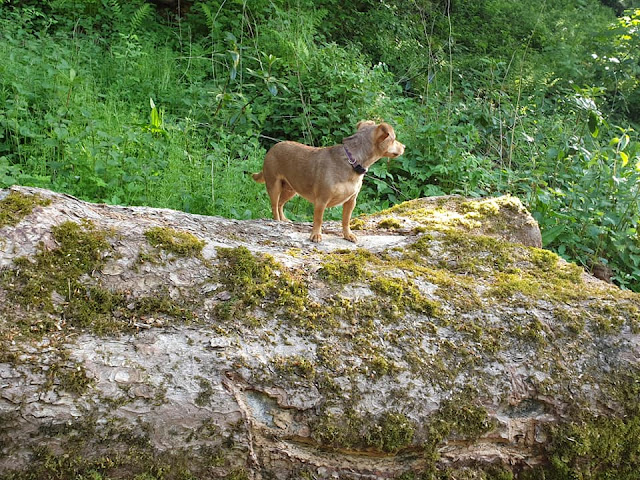 We had looked at a plug into the car freezer box when we purchased this car last year as we have a very handy 12v socket in the boot. Have spotted a couple second hand but never got in quick enough, well tonight we did so we took a run to Dundonald to pick one up. So took a slow flat walk along the back path. Normally would do the five miles round the reservoir which is in parts quite hilly. but did just 1.25 instead. Picked up a cache we had not been able to find in the past. 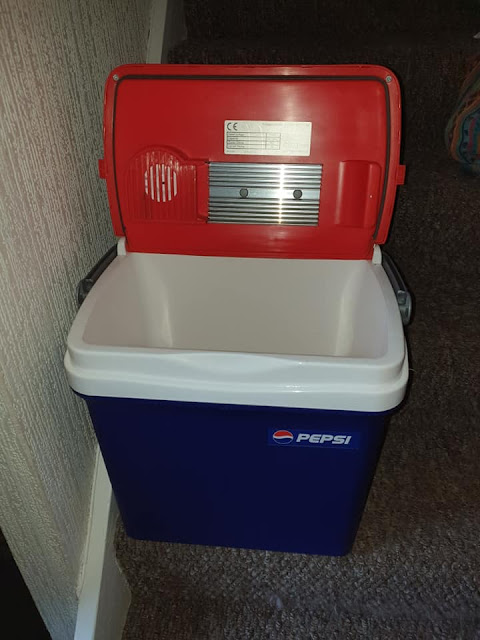 This is the jumper I finished for sizing for Ziggy, just fits Spud who is head and shoulders taller than her so should fit by Christmas. It is quite a high percentage of cotton in with the wool so feels quite weird and I did not enjoy knitting with it, but like the colours and done a pattern on it and the overall finish is imp very nice.
Have a real first world problem, too many nice wools and patterns I am desperate to try but can't do them all first. 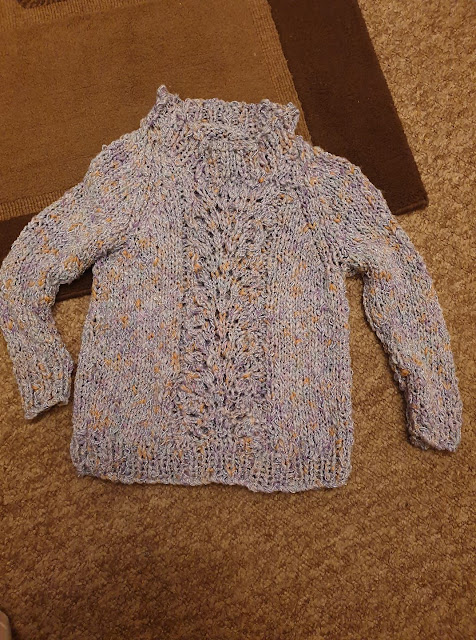 Sat in the house knitting all day. Made inroads into one for Roo this time. Last minute decision at 6pm to go for a walk, so took a run to Irvine and did 1.5 miles along the flat beach and back round the pond. Mainly flat but diverted off up one hill to get the dog away from the gorse bushes that is heaving with baby rabbits and worried she will end up stuck down a rabbit hole.
Was suppose to be out on a 5-6 mile cycle ride today but sadly decided wisely to cancel it.

Hubby was away doing DD1's garden for her and Bob came up to make pancakes. I introduced him to #PlanetChild and this led to conversations on how things have changed since I use to walk myself to school from as young as I can remember. How we use to stay with our grandparents during some of the school holidays despite both of them working as we were left to look after ourselves during the day, certainly led to us being a lot more mature than any of mine ever were.
I remembered it was Friday so went and looked after the three wee ones while DD1 went and picked Bob up from gymnastics. Took them to the park to run around for the hour. Dinky is getting a lot more adventurous than she use to be, not sure if that is because her little sister goes on everything or not. 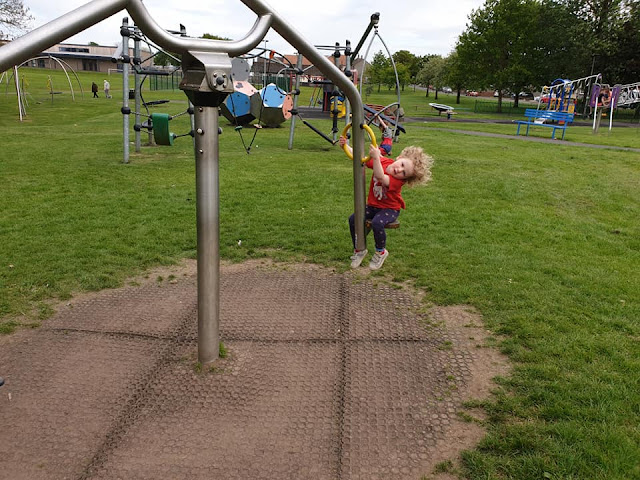 SIL3's 30th birthday and various family and friends were meeting for a meal. Hubby decided it was not for him as he struggles to hear more than once conversation at a time, in all honesty he struggles to hear just one conversation!!! but Fifi and I went. Was a pleasant evening with good company. Met up with some of DD3's old school friends I have not seen in a long time.

Was very disappointed as they have changed their menu and taken off the dessert I can eat, apparently menu only changed on Tuesday,  and I was so looking forward to it. But I asked the lady about it and she said she would ask if there was the ingredients left to make it, and there was so they made it for me. Thank you Frankie and Benny's Ayr. 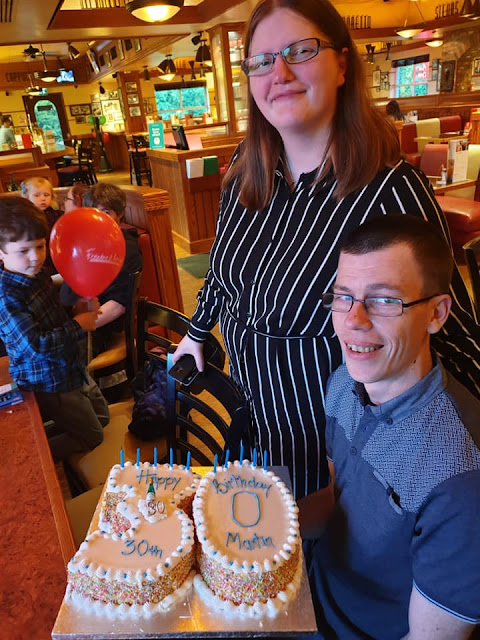 You are invited to the Inlinkz link party!
Click here to enter
Posted by fun as a gran at 22:32