The weather here has been rather warm. The mint plant is growing well and it is lovely brewed and then cooled and added to sparkling water. A double shift at work with some crochet in my break. 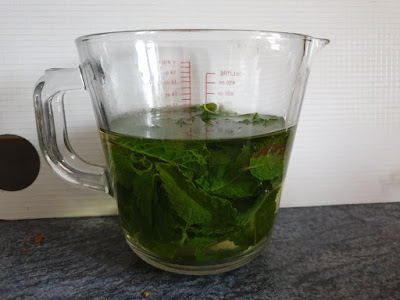 Just had the one thing to do in town so having dropped hubby off to walk to friends with the dog I went and clocked up just over three miles, Had planned on picking up a few more caches but only found one of the three I looked for. There is one at this church but could not find it, area was very busy with people. 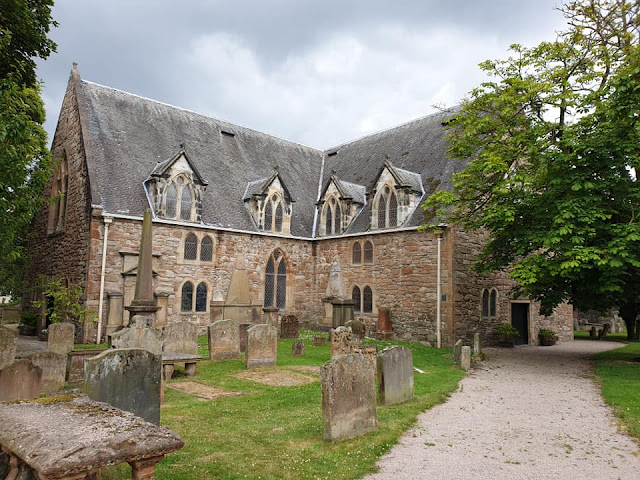 Spotted this delicious looking bread in Tesco, very nice it was as well with some lacto free cheese spread.
Took the car for a birthday treat and ran it through the car wash. 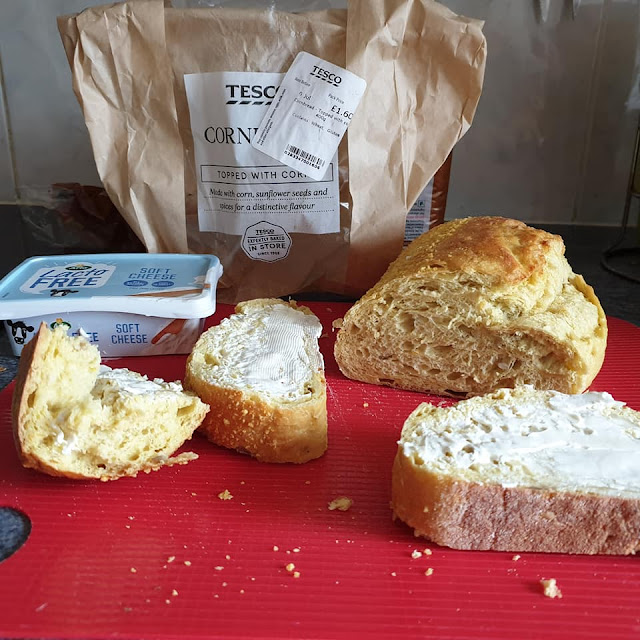 Dropped husband off with the dog and they went for a walk before going into friends. This having friend in the town is great for the dog and brilliant exercise for hubby, miles he would not have considered doing this time last year.

Finished these two body warmers for Spud and Roo. The 5 are all getting one similar to each other. 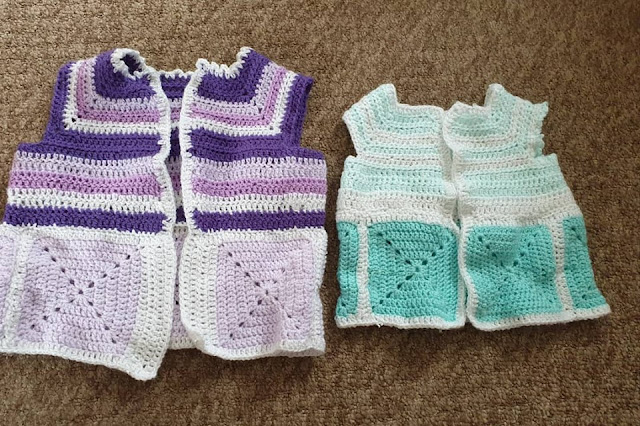 Had an email to say there was a bike ready for me to pick up. I am borrowing one for Active Travel Hub in Kilmarnock, and it is available for anybody who works for either Ayrshire and Arran NHS or East Ayrshire Council.
So the plan was to pick the bike up, put it in the car, head to Dean Park, hubby was going to walk the dog and I was going to try out the bike. But sadly the bike was to big to fit in the car so it left me with the dilemma of getting it home. I do not like the idea of cycling on a bypass or for that matter a 60 mph country road, but had no choice.
So we walked the dog and I went back to pick the bike up and cycled home along roads I would not choose by choice  but made it. Managed my 11.000 steps before I picked up the bike, and then added 11 miles on on the way home.
Did look at somebody selling a second hand bike carrier but then would need to deal with the issue of it covering my number plates and lights on the back of the car. Going to cost to much to buy a light board and a number plate for the sake of a few short weeks. 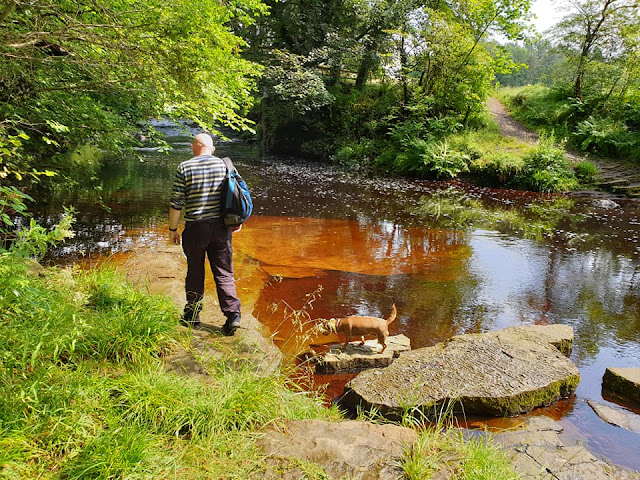 Noticed when I got up this morning the dog had wet the floor, she never wets in the house, but spotted blood in it, so took her to the vet. Reckons it is a UTI, gave her an antibiotic injection and five days of tablets. Hopefully that should clear it. The back door is open a lot in this weather so not really noticed her peeing more.
Too her a walk before meeting up with friend, him and hubby are away down to his Aunt to cut her grass for her.
Had planned on another trip out on the bike but tried to add more air to the tyre, but it had Presta valves on and I let more air out than I was getting in. Asked hubby to pick up one of the tall pumps on the way home but they did not have one in stock in anything nearer than Braehead, so coming from Amazon and due on Sunday. Wont be using bike over the weekend anyway.

Meanwhile on the garden hubby has been potting on sunflowers, had the first pick off the strawberries and the potatoes are coming on well. 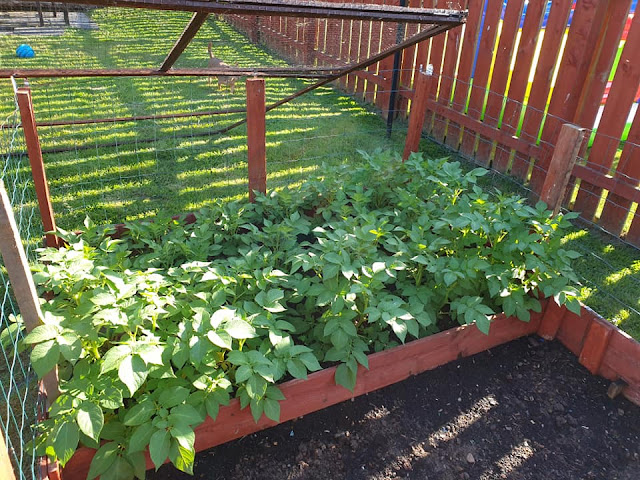 Knew I could make it, the cycling helps add on extra miles as well. They are over and above as cycling is not walking. 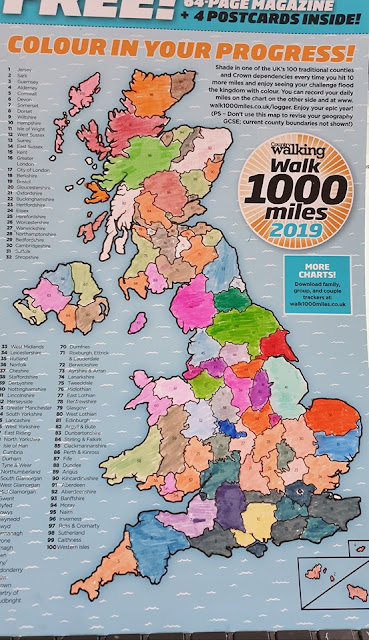 You are invited to the Inlinkz link party!
Click here to enter
Posted by fun as a gran at 07:17