It rained and rained and rained and rained.......heavily all night. Getting to work was dodgy and then approx 100 yds from the entrance the road was flooded. There was one car stuck in the "puddle" and a few people trying to push the car out, they were thigh high in the flood. A few people drove round gingerly across the pavement slowly through it but myself and many others decided to divert round approx 3 miles to get to the the other side of the puddle and into work. The diversion route was not exactly a picnic to drive with a lot of lying water and a lot of oncoming traffic from the night shift trying to avoid the flood and get home. Many roads locally were flooded affecting public transport. worst I have seen it here in years.
Only a single shift and work so home to do some knitting and ride the exercise bike.
Typical we got a garden tap fitted a few weeks back save having to use next doors, not that they mind but a pain getting through the gate, and have not needed to water the garden since. 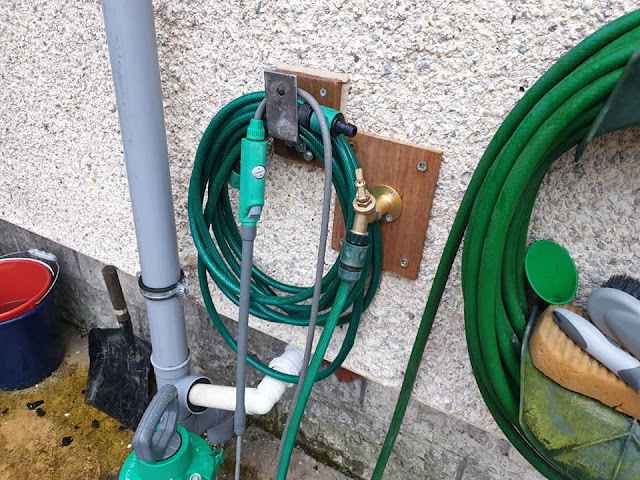 Dropped hubby and dog off for their walk to friends house and picked them up later on.
Another ride on the bike and walk the dog round the park.
Picked up a few bits on the way home including a new door mat, spotted one at an all right price. There were nicer designs but they were more expensive. my shoes do not care what design is on it. 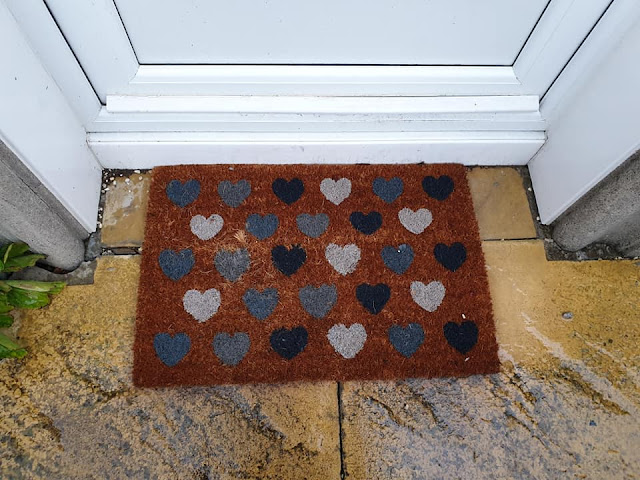 Dropped hubby and dog again for their walk to friends house. I went back to friends after wards while him and friend went to cut aunties grass for her. Took my knitting and my kindle to keep me amused while they were away.
Home and cooked one pot mince and tatties for tea with enough to do Thursday and froze some for another night.Love mince and tatties and this is such an easy way to do it for when needing to be reheat.
A cycle and a walk with the dog after tea. 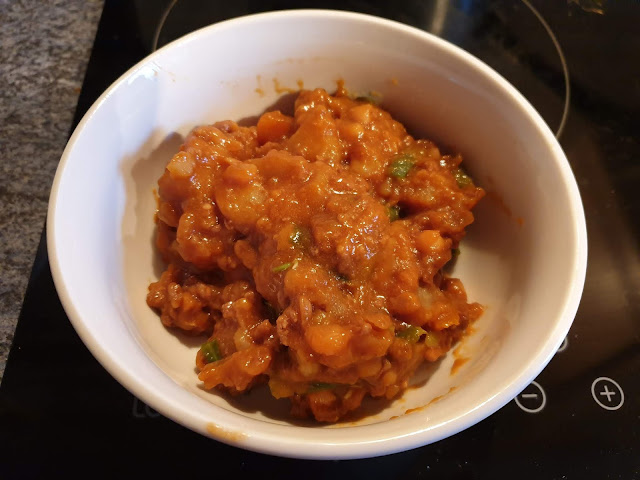 Picked friend up on the way back out the town as he was going to walk the dog later on when I went to join in with an organised bike ride.
Enjoyed the bike ride, approx 8 miles some on roads and some on cycle paths. Dropped friend back at home and went for a Chinese. Chicken chow mein for me and sweet and sour chicken and chips for hubby. But we mixed and matched some of each. First Chinese in a long time. 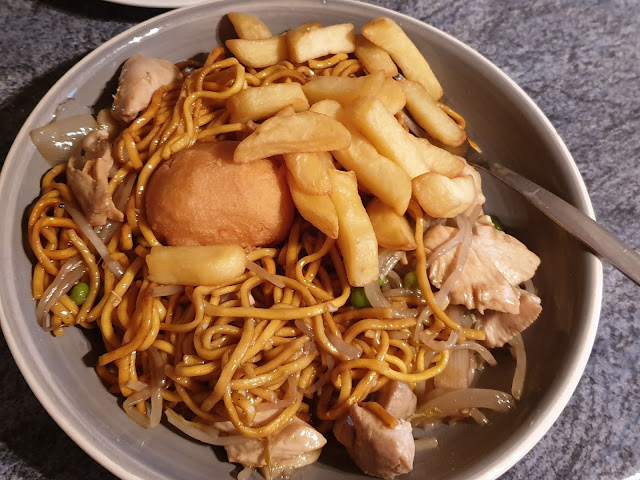 DD2 is down with the two girls for a few days. Ziggy had fallen asleep in the car so  we went for a run around the park to help tire her out then home for some tea before bed time.
Granddad took Bob fishing and they both had a fun afternoon. 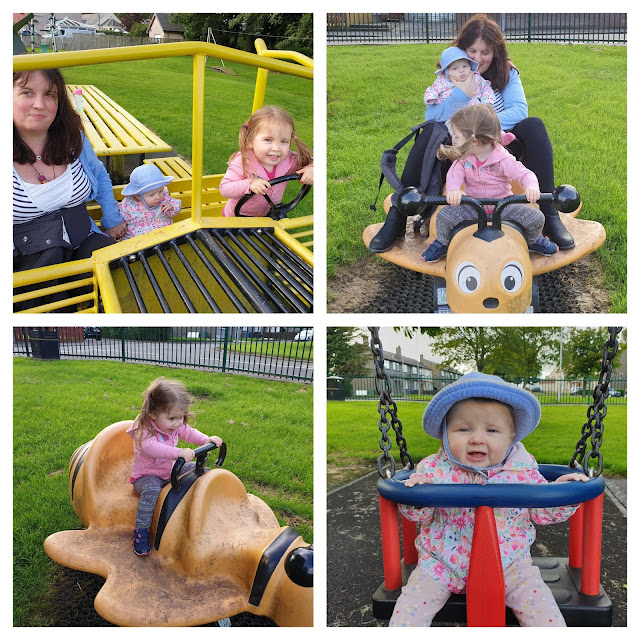 Not had much chance to do anything with the twins over the holidays between one thing and another so had seen an event advertised when we were at Whitelee last week so arranged to get the three wee ones and take them. DD2 decided to come with us. Sadly when we got there the event had been cancelled due to the weather forecast. Nothing on their website to say that but plenty other things to do there. So we had some indoor fun while Roo was getting a feed and then headed out doors to run and play and find things. 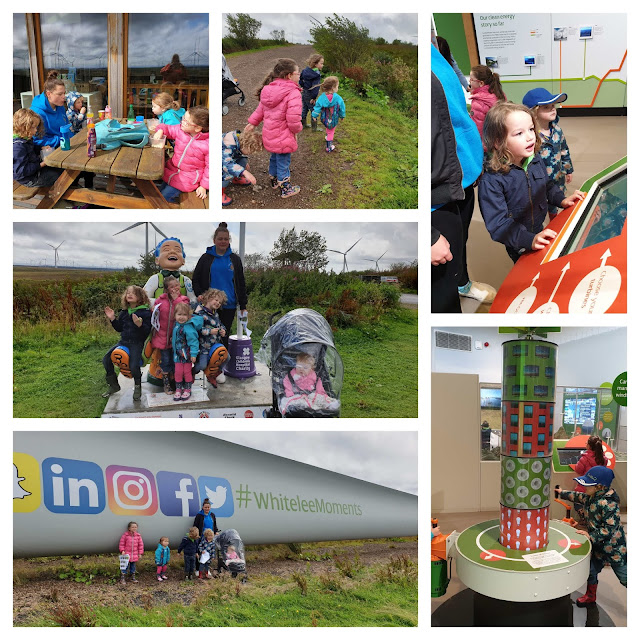 Ziggy will be three next week and so her present is wrapped ready for mum to take away with her. A few hand made bits and pieces, one that I won over a year ago that will be handy for nursery and one I bought while in Millport that I know she will love. 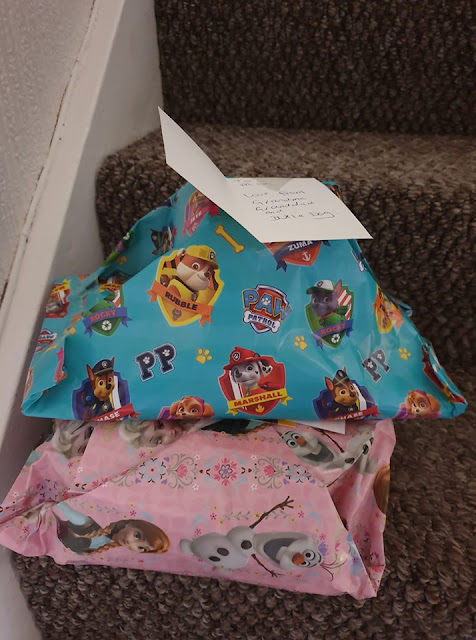 You are invited to the Inlinkz link party!
Click here to enter
Posted by fun as a gran at 21:10