Well Fifi went back to school on Tuesday, last year at school for her,  and the gruesome twosome on Wednesday, they went into P2. The twins were very excited to go back their big sister not so much so.

A double shift at work, watch the last of Deep Waters in my break while doing some of my latch hook kit. Hubby took this photo of Roo teething on a carrot but I did not take any pics all day so cheating using this one but she is very cute.
DD2 and the girls went home just after lunch. 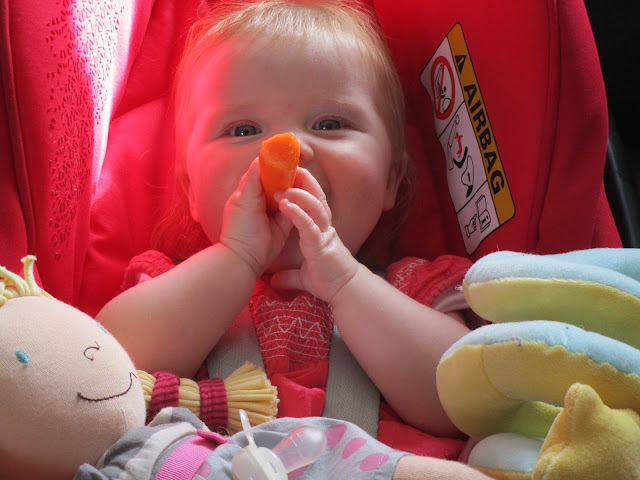 Hubby and dog came into town with me and they went for a walk and visited friend while I did what I needed to do. Friend is away up north for ten days so we have a reprieve.
Still getting my bike fix by joining in with an electric bike ride, this one is handy as runs while I am in the town. Was rather a windy cycle along the sea front. Why is it when on the sea front no matter which way you are walking/cycling the wind appears to be in your face both there and back? There was only four members of the public and the two ride leaders. These rides are running until the end of November so a few weeks yet to enjoy it while I can.
Going to meet up with the new female member of staff with a view to starting the ladies cycle rides back up again with me working as a ride leader now I am qualified to do so.
We are watching our way through Designated Survivor at the moment on Netflix. 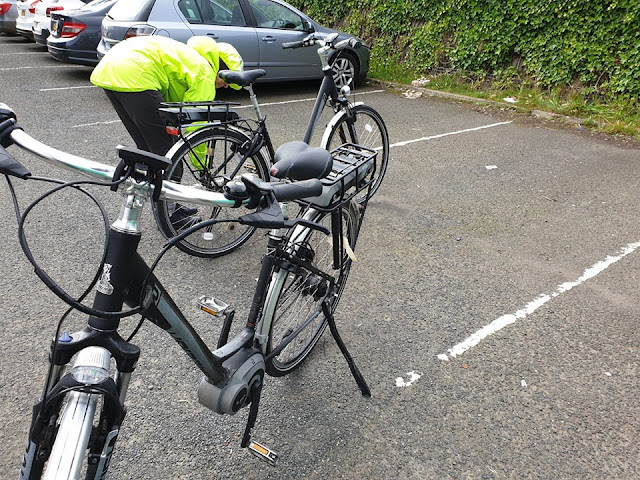 We had spotted an item on Facebook Market Place so went to pick it up and walked the dog while we were there. I am thinking this might have been done by the school as there were ribbons all over the trees as well. 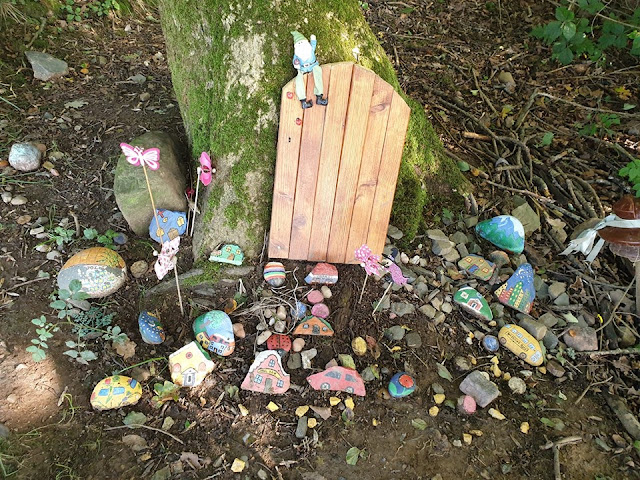 Another bike ride, back with the Kilmarnock group today. living in between the two places that run them is dead handy. Tonight's ride was VERY wet. I had on waterproof trousers and jacket, which did not bad I got marginally wet where the straps of my rucksack sat. Need my rucksack for my epi-pens as they are a bit long for a pocket. But my packets of tissues needing wringing out as did my feet. Spongy trainers and waterproof trousers are not a good combination. No regrets over going though.

Come payday I will look at getting a waterproof reflective jacket as it will not be long until this ride will be happening in the dark, Seen a couple for about the £75 mark, does not need to be thick as got plenty to layer under it.

It is interesting to see how the two groups work differently when out on rides. We had stopped off here waiting on the rest of the group catching up.

We were taking a run into the town to buy some K Rend for the walls, the supplier supposedly shut at 5 but their shutters were down at 10 to, apparently this is to allow them to cash up. 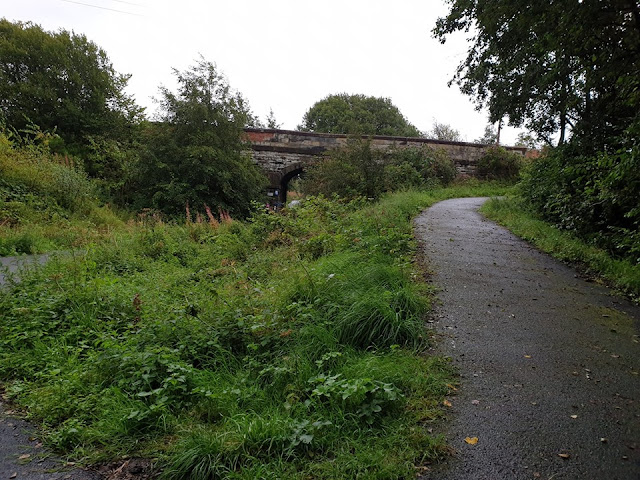 My night cramps and restless legs are getting beyond a joke. Not sure if the bike rides are making things worse but they must help in so many other ways that I am not giving up on them just yet. Barely get an hours sleep in between bouts of cramp, both thighs and left leg is shin, calf and foot. Here was my toes during one bout this morning. Could not make my toe do that if I tried. Also an issue in an evening at a weekend when I sit down after work.
I have a lot of aches and pains in my joints but can put all that down to either knitting with my wrists, cycling with my knees and shoulders etc. I also have a bad habit of falling asleep if I sit down in an afternoon, but that could be my age. 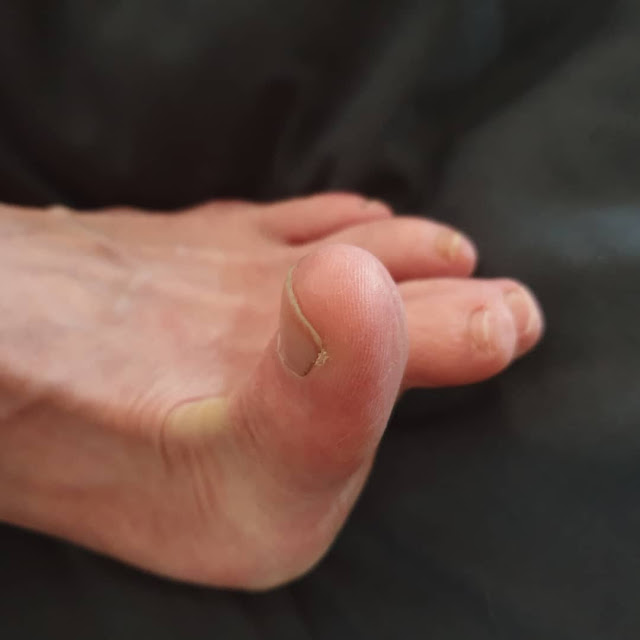 We  took two runs back into Kilmarmock, one to walk the dog and pick up some bags of the K Rend and then home for some lunch  before I went back myself to pick up the rest, I replaced hubby with three bags of the stuff to save either overloading the car or making a third run.

Six miles on the exercise bike after tea.

Ziggy turned 3 today, so Facetimed her to say happy birthday and see what she got. She was rather excited about her party in the afternoon.

Managed to get a GP appointment for this morning to see about the cramps. He says  it could be caused by many things so full blood tests next week before he decides on a course of action. So booked in for Wednesday morning. To phone for blood results Thursday afternoon and take it from there.

Took dog along the old railway line and did a bit of shopping while in the town.
Spent the afternoon making cakes for the weekend and macaroni cheese for tomorrow nights tea while I had the oven on for roast chicken and tatties for tonight.

Yeeehhh got Minky's jumper finished. Taken a while between one thing and another, but looks great of I do say so myself. DD1 reckons my creations will be great if they get lost in the snow.
It is a chunky knit with the orange side being the front, and the back, rib and sleeves achieved with one ball of double knit in two different colours, just needs two buttons now. 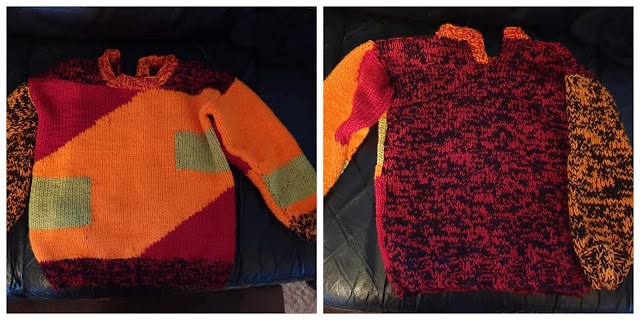 You are invited to the Inlinkz link party!
Click here to enter
Posted by fun as a gran at 07:11