Been a rather stressful week between the loss of a set of car  keys and an undelivered delivery.

We spent the day turning the house upside down for a lost set of keys. Not seen them since Friday when hubby came in the front door with the and went out the back to get the bins out that were due emptied over the weekend. He usually tosses them onto the kitchen cupboard but not sure if he has put them in his pocket and pulled them out somewhere else when pulling his hat out, if he mistakenly dropped them in one of the bins or when putting them out the front street, or has had two sets one day when away to friends house. Retraced the steps of where we have walked, turned friends house upside down and asked at the police station but no luck.

Took the dog for a walk, the buds are beginning to bloom on the trees. 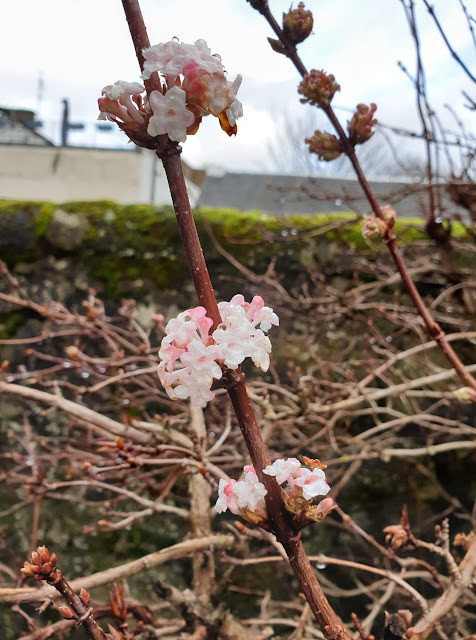 Back home after all this for about 3pm. DD3 came up for a visit and was hoping SIL3 was picking her up to go shopping and pick up their click and collect order but he was working later than intended so I took her for her shopping about 4. I gained out of it as she bought me two boxes of Turkish delight and a couple of other bits in the pound shop including a toy for the dog that she loves, as well as covering the petrol costs.

Home to wait for a delivery that did not turn up.

Hubby dropped me in the town before heading into see friend and I visited a different friend.
Phoned the insurance company to get the ball rolling, need to book it into a garage and wait on them contacting me.

I sat and did this jigsaw in the afternoon. Bought this for 50p last week as hubby liked the tin and wants to mount the jigsaw on a wall. He plans on colouring the area where the two bits are missing. 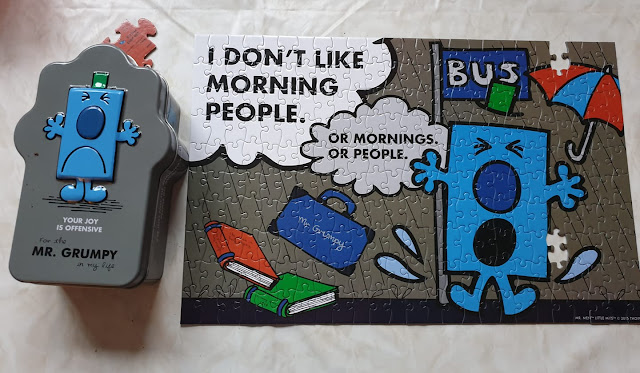 I chased up the delivery and was promised it for tonight, did not turn up.

Went online to book the car in but garage is shut until 8th Jan so need to sort something else.

Into town on the morning as hubby had to help friend with some stuff. Phoned to see where my delivery was and was told it would be out between 2 and 6. Hubby had to shoot down to Irvine by himself to pick up a freebie off of market place while I waited for the delivery.

Went down to carry on the tradition and made mince pies for Santa with the gruesome twosome and Spud. Here they are singing me jingle bells while I take the picture. Then we went for a walk round the lights to tire them out while the pies cooled. Home for a pie each and a bath before setting out Santa's plate some allergy free food for the elves with allergies and Rudolph's carrot and then off to bed. 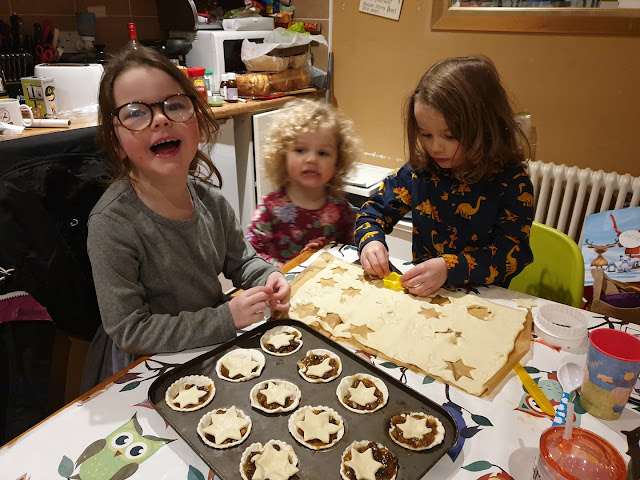 Delivery still not here, so chased it up again and they then told me they had been out and could not find my house.....hmm not that hard to find and had you phoned when you got to the village I could have given instructions. So about 10pm got a Facebook message from the man that runs the organisation and without going into any detail he then tells me I was not getting it. So why tell me it is coming out more than once and somebody brought it and could not find us when in fact nobody had and we were never getting it??? Not a happy bunny about being lied to but life goes on.

Merry Christmas to all.

Christmas day with no Christmas cheer. We got a present from sister and brother in law and  as well as the one from next door because we out their bins out each week when putting ours out which were both very much appreciated.

Decided fairly last minute to go and help out at the Church hall we helped out at for the last few years. Was not sure if I was much good to them one handed but they were happy to see us and I avoided hot food and heavy plates and did the little things like delivered drinks and cleared up rubbish. Worked my way round the hall talking to the people who had turned up for their meal and recognised some of the regulars. The entertainment was good. Cheered me up to get out of the house and so many people tell you how much they appreciate it, so all worth while. Hubby spent the whole time in the kitchen washing dishes as in previous years. He is not a people person and he was still contributing to the day and it is very much appreciated by the back scene volunteers. 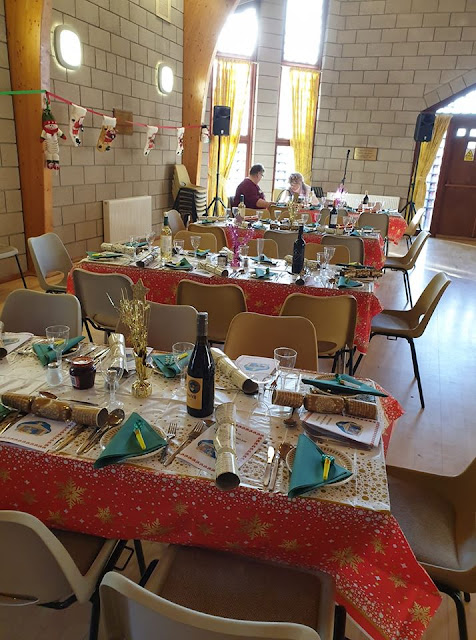 As an added bonus we came home with a massive doggy bag of Christmas dinner, enough to feed us for two or three night so that was much appreciated.

Did pop into DD1's on the way home but they were eating and the children were just getting hyper and wanting to show us there stuff so we left again will go back tomorrow.

Tidying up and hoovering the two spare bedrooms as they get messy despite not being used as bedrooms. DD2, SIL2 and the girls are due down at the start of next week.

Popped down to see the local grandchildren and spend some time with them. Playing their new games taking it in turns with them. They can be hard work when they all clamour for your attention and all want to play their game first. Helped Spud transfer her sweets to her Halloween bag and helping Dinky with a foil art set she had. 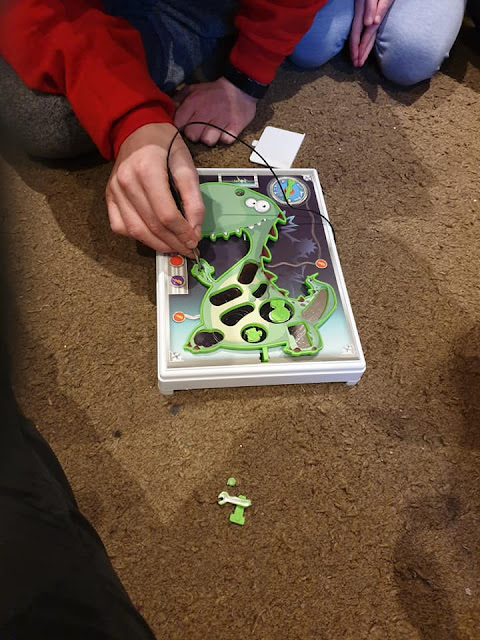 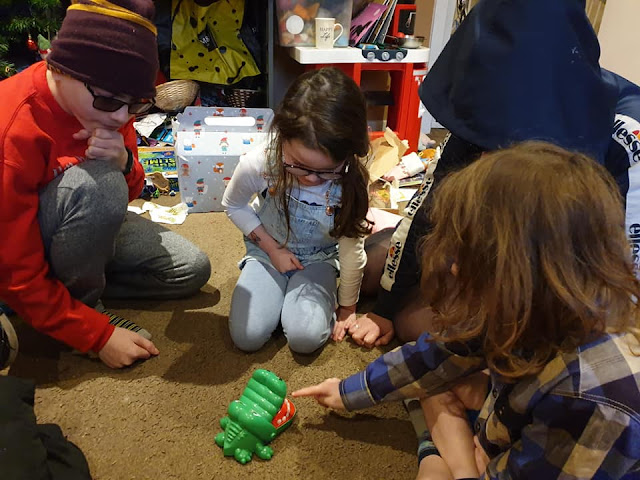 Back on the phone to the insurance company again to try and sort it out. Our fear is the keys were lost locally and somebody has them and will at some point possibly steal the car. So going to arrange ours to be uplifted and stored securely and give us a courtesy car as living rural without one does not work.

So they phoned for us to pick up a courtesy another tomorrow and the RAC to recover ours on Monday. . They were told ours was not available today as I had my MRI and it is a hospital that is a 98 mile round trip. Hubby texted to say they turned up for the car while I was out. So back in the car to phone the insurance company back and make sure somebody is still coming for it when originally arranged.

Thankfully replacement keys are done free under the car insurance and does not affect our no claims either.

Car hire company having trouble sourcing us a car, needs to be an automatic as that is all my licence allows me to drive. Need one for Monday night as got the panto in Glasgow. 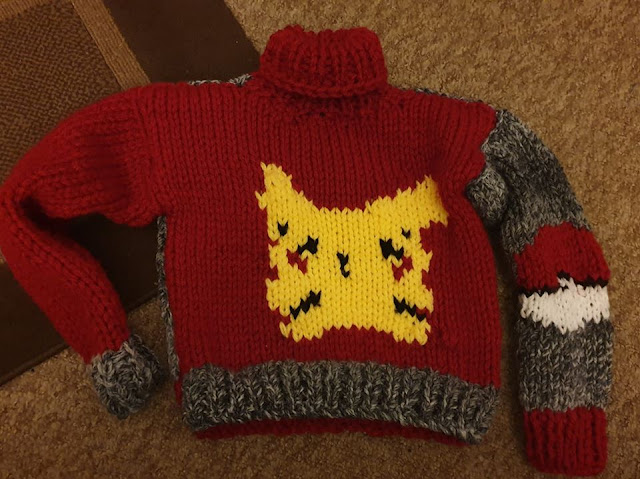 Into town for a shopping at the cheap shop. They were allowing us to take extra frozen items as they were clearing their freezers for more stuff to come in. This shop is such a help with the budget.

Back via the car rental to pick the courtesy car up. Thankfully the wipers and indicators are on the same side so should  not be a problem when I go to Glasgow on Monday night.

Also bought a new barrel for the front door and changed that as well once DD1 showed us how to do it. So house now secure as well. This is not done free under the house insurance policy. Lock cost us £11 and took less than 5 mins to get old out take it with you to buy a new one and the new one in. Insurance company wanted £100 excess.

Got some soft fruit in my shop this morning, I only eat cooked fruit so happy to take it soft. Put this on to cook and forgot I had so time I finished moving stuff from our car to the hire car it had boiled all over everywhere. The ceramic hob is going to take some cleaning. 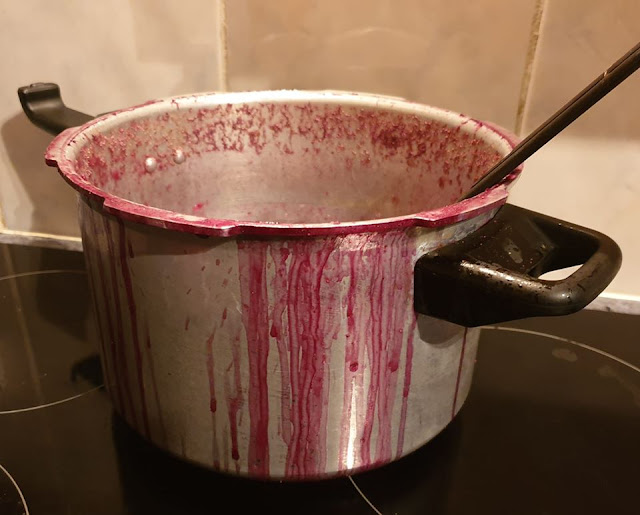 Out for a play in the new car to get a proper feel for it. A run to Irvine and a walk along the very windy beach. Looked for a Next shop as seen something I fancied in the sale but there is no Next left in Irvine despite being on the website. 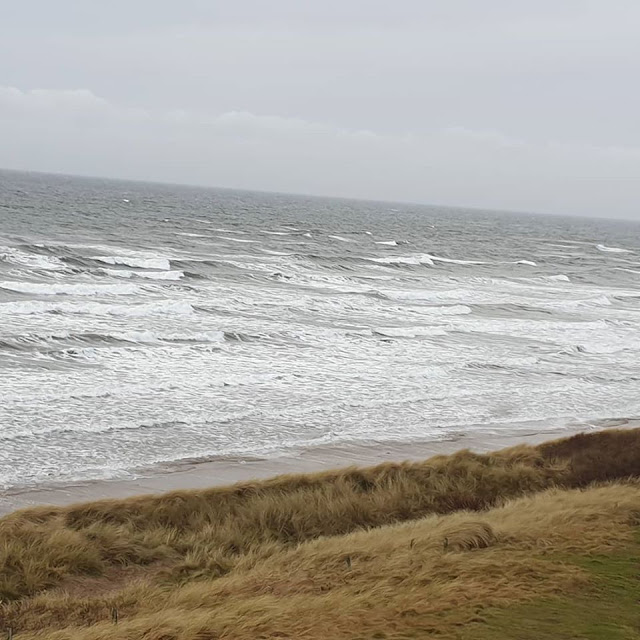 Car was suppose to being picked up this morning between 9 and 9.30. Phoned at 11 to see where they were to be told early afternoon. So about 2.30 pm the lorry turned up for it. Was loaded on and just before it drew away a second truck drew up. Second driver was not really caring.

Went to see Snow White at the SEC. Not impressed with the first half, not a lot of audience participation, but the second half was brilliant. A 3D scene was brilliant as they walked through the enchanted wood. 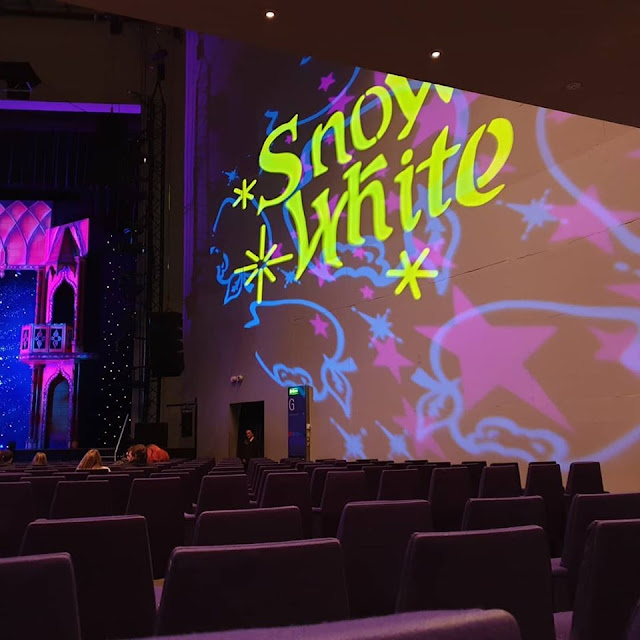 Had something to return to cash converters so nipped into town before it got to late to take it back. Picked up a prescription and nipped into Morrisons for sparkling water but they had run out but picked up £6 of cold meat, £4 of cheese and £2 of coleslaw for 56p. 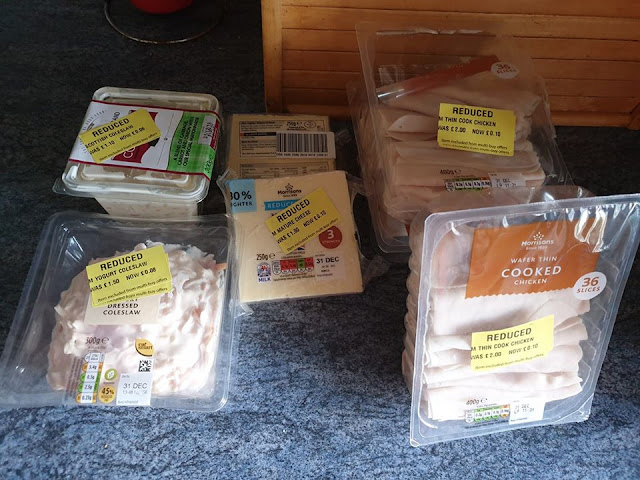 You are invited to the Inlinkz link party!
Click here to enter
Posted by fun as a gran at 15:47