Glad to report feeling human again now. Sleeping all night and being cautious during the day with what I am doing hopefully will make for a speedy recovery. So sorely tempted to pick up my knitting but not worth the long term damage this may cause. Need to knit Minky a jumper, had a Pokemon one in my head but will have to buy him something instead.

Second Christmas has been arranged for 1st January as first day we can all make it together again. The annual Christmas colouring competition has also been postponed until some time In January as we are all too busy between us to make a date this month. Should have made it weeks ago but been the last thing on my mind.

Got items starting to come in for my annual food bank appeal, I might have been  feeling low but there are many people worse off than me and if I can help them I will. I have had plenty of offers of help from family in one way or another but not everyone has family.

We have been watching White Collar over on Netflix, was not so sure about it to start but when you get into it it is entertaining enough.

Been entering competition trying to add a few wins to hopefully make some nice presents.

Went to Halfords with DD2 and Ziggy while she gets measured for a bike from Santa.
Roo was asleep so I sat in the car.
Laughed at Ziggy pulling faces at herself and then licking tongues with her reflection.She tells me her tongue is blue
Also laughed at DD2 as years ago when she got her first car I bought her a car safety hammer/seat belt cutter (and a first aid kit and a fire extinguisher for her car) she told me at the time it was the worst present she ever had, and now she just bought herself a replacement  as she feels it is an essential to have. 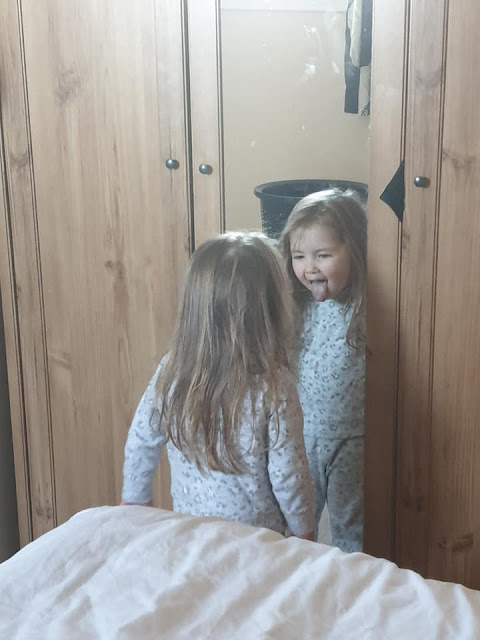 Hubby went to take friend to the car boot but friend decided it was way to cold, dont blame him temperature barely risen above freezing for days.

DD2 headed home today. Was a chilly day but went to pick up some jigsaws, a few books and some dvd's that somebody local was giving away. All part of my green (and cheap)  Christmas.
Went for a walk along the beach while we were there.

Made some more pokemon hama beads. 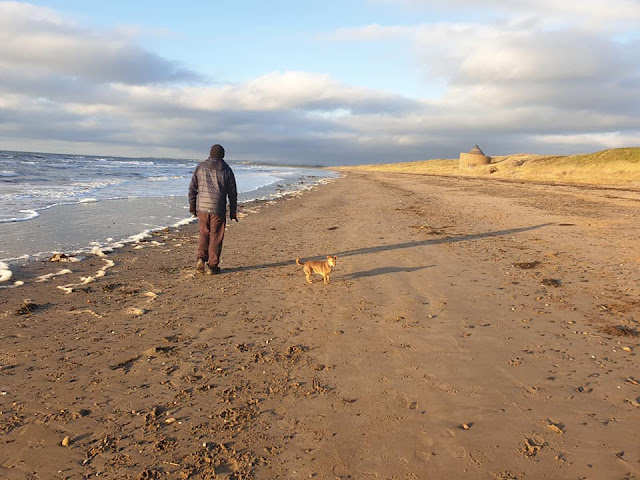 Spent this week sorting out an appointment that I should have sorted weeks ago but could not get my brain round doing it. Hunting out the paperwork needed for it. You would think I was applying to be a member of the Royal Family!! Talk about making you jump through hoops doing a triple somersault backwards as you go!!

Not sure what size of rabbit lives in this hole but top end was hip high when stood in it and I reckon I could have crawled down the hole....Elaine in Wonderland 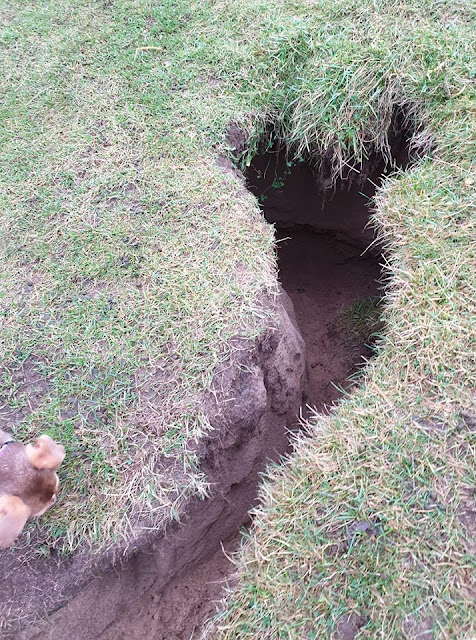 Had picked a huge bag full of kids jigsaws from a local woman on Monday but all 11 of them were in one bag.  So I spent about 4 hrs sorting them and doing them to see which ones were complete. Marked the back of each with a different colour marker so if they get muddles up again will be easier to sort. Just need to get separate zip wallets for them and pop them in with the pictures. 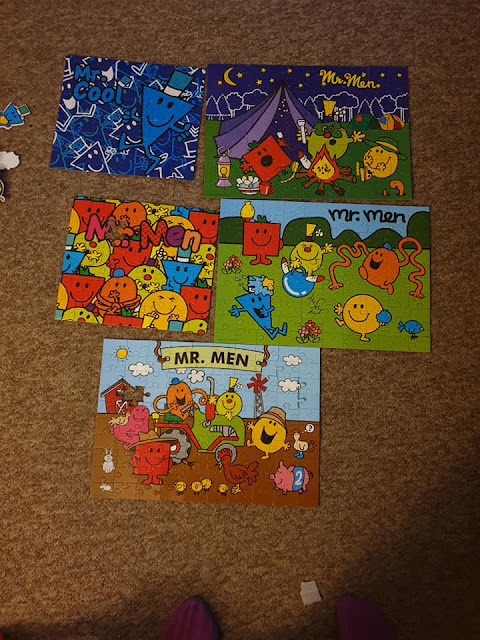 A rather wet day. Spent some time sorting out the toy cupboard and bookshelves in the back room that Ziggy uses. Baby toys into the loft to make way for Christmas stuff. Ziggy has outgrown the toddler toys and there will be stuff here to replace it time she comes back next.

Hubby went away to visit friend.

Hubby found these pieces of moss a few weeks back, decided they look like hedgehogs and stuck eyes and a nose on the mummy one.

More hama beads and some of my jigsaw, it is slow going but I am not giving up. 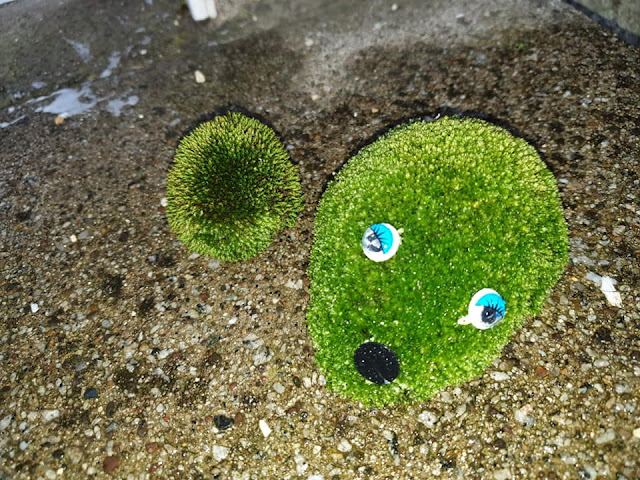 Away for an appointment first thing this morning, got it done and dusted so that is a relief.
Picked up friend and went to visit hubbys Auntie for a short visit as she was going out at 12. Dog got a short walk once the rain stopped.  Back up the road and had a visit from a work colleague who had brought me some items for the grandchildren to play with when they are here. Sent her away with a couple of the younger jigsaws ours have outgrown. Nice to get a visit from a friend. .

Did my cheap food shopping while we were back in the town anyway.Priced up the turkey joint when I got home, it itself sells for over £20 without all the rest. Not that I would consider spending £20 on a piece of meat but will be nice to have something good over the festive period. . 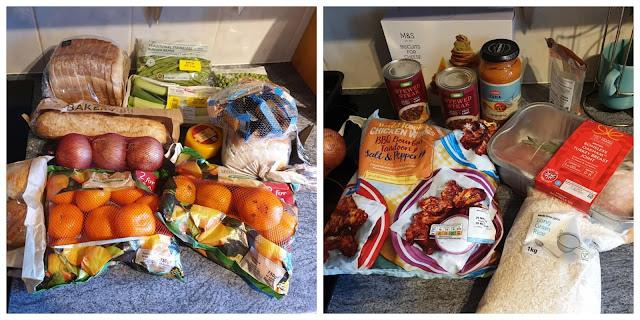 The quote is from Winnie the Pooh.

Got piles of veg chopped for the freezer, got cheese grated and put in the freezer and got the fridge cleaned out, was doing that last week but never got round to it.

Took a run to Irvine to walk the dog, do a bit of shopping, and bought what I hope is the last of the Christmas stuff for the grandchildren.  Have done it all for under £20 so not complaining. 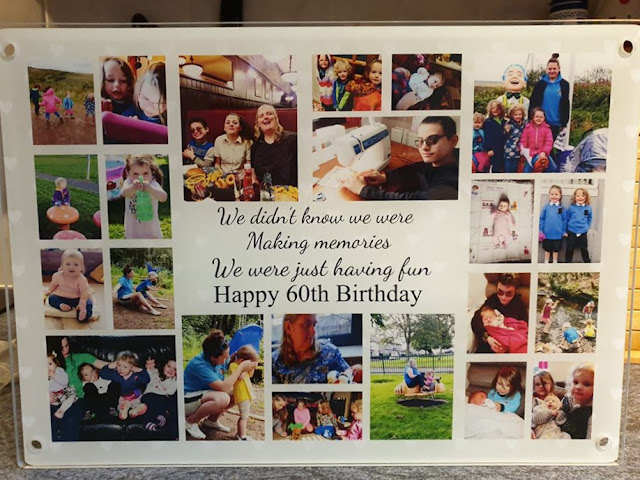 You are invited to the Inlinkz link party!
Click here to enter