Twelve most memorable pictures from 2013.

We were asked to put together a collage of our twelve best pictures from 2013, one from each month.  Now there were three hundred and sixty five of them so not an overly easy decision. 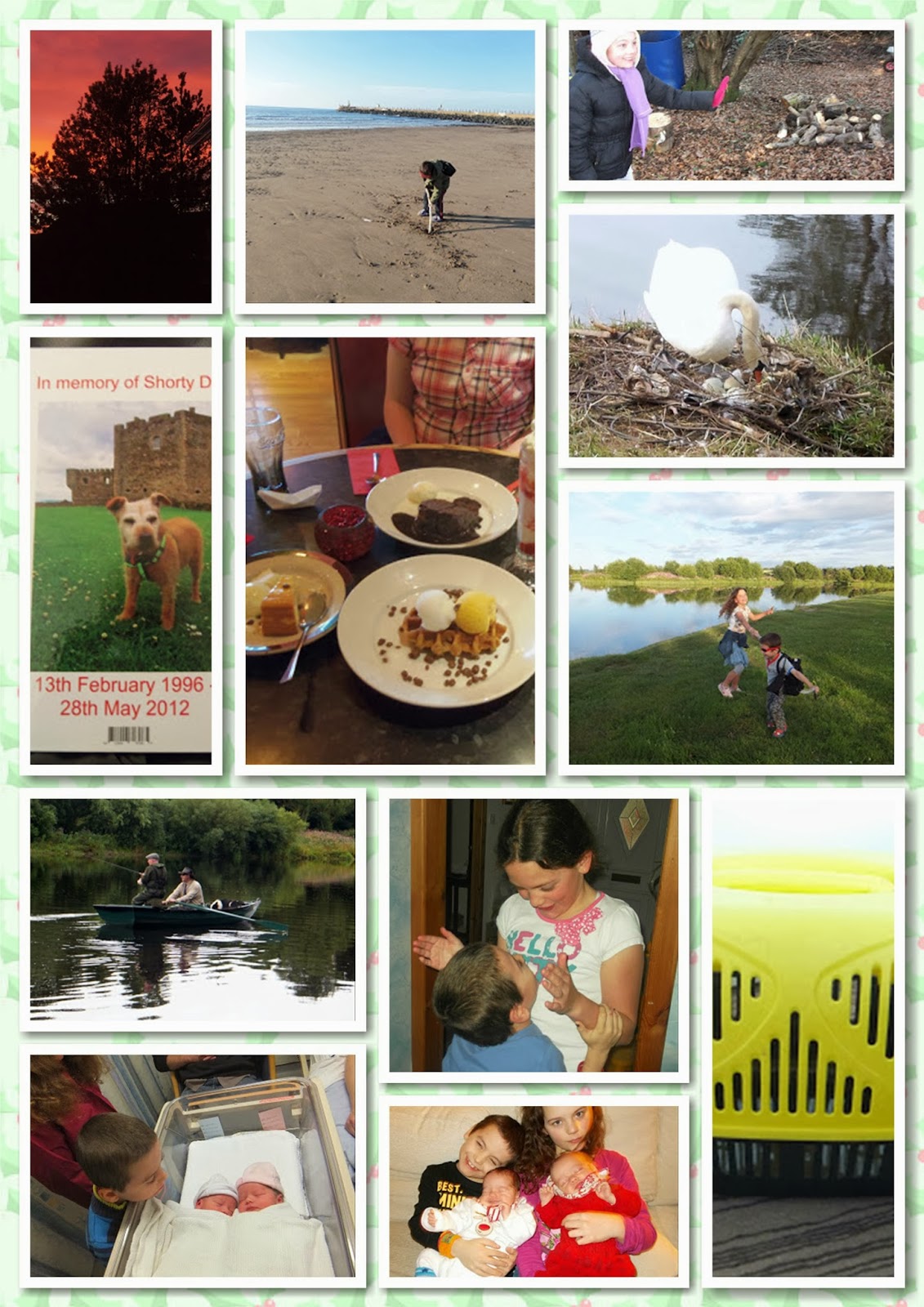 Jan -  the tree out the back garden at sunset
Feb - we had some bizarre spring weather and spent hours on the beach playing
March - Fifi playing high 5 with Bob on the swing
April - a swan sat on their eggs
May - a year since Shorty dog died so made a photobook for her anniversary
June - A meal with daughter No3 for Fathers Day
July - having fun at the fishery
August - OH fishing on the River Tweed on a holiday we won
September - The two of them bashing each others ears and giggling
October - R.I.P. Dipsy Cat, now playing at Rainbow Bridge with Shorty Dog
November - well could be anything else really could it? The first photo I took of the twins at their first meeting with Bob and Fifi.
December - Christmas Day, all four of them in their Christmas outfits.


So this was the highlights of my year, what were yours?
Posted by fun as a gran at 20:58