From tree to table via fun and laughs

Last week when we had the children over we decided to go and harvest some of what nature offers for free at this time of the year, blackberries and apples. We know where there is plenty of both, and so we set off for picking and fun.

Now we were blackberry picking at this stage, and yes there were plenty at ground level, but Fif saw some juicy bunches that had grown up at tree height, and so had to go after them.  She took the snips we had and snipped them down, granddad handles them with a thornproof glove and tossed them across to Bob 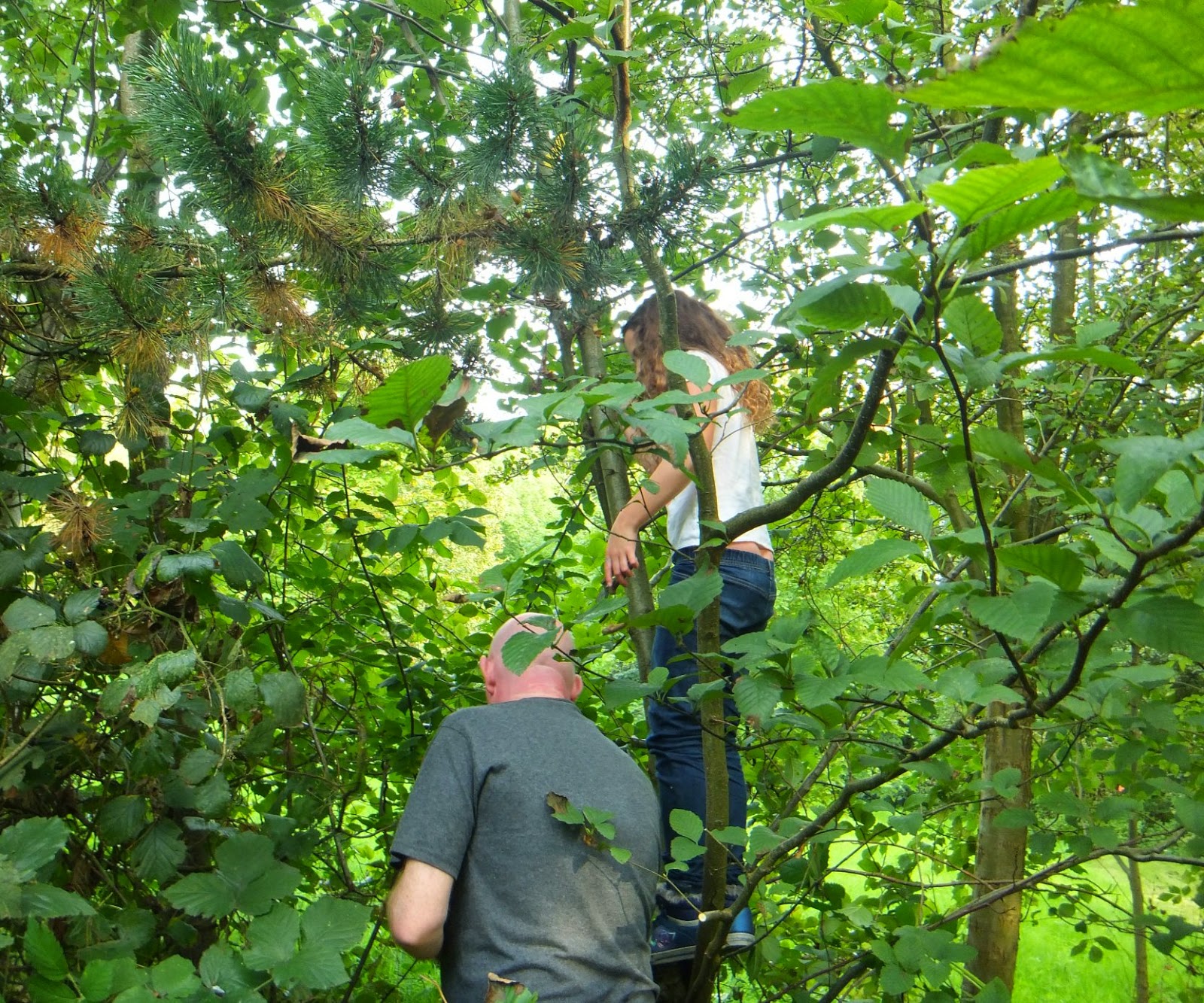 who held them down with his foot and picked the berries off and popped them in the tubs. This for him was more satisfying because he has visual problems he finds it hard to see berries on the bush too well and gets quite frustrated as his tub does not fill too quick. I have also got sneaky here to save this being an issue, every time they get some in the tub we transfer them to a bigger tub so as they dont drop them if they trip - well at least that is what I tell them.

Granddad and Fifi wandered off doing their own thing and enjoying each others company. Have to say we did not need to go far before our big tub was filled, took us just over an hour. We collected three and a half pounds of them.

So the tub was filled, our next harvest was to be apples to go with them. Somebody had been along picking the ground level ones as there was a distinct lack of reachable fruit, so Fifi decided to climb higher up and drop them down to us. We ended up with just over eight pounds of apples. 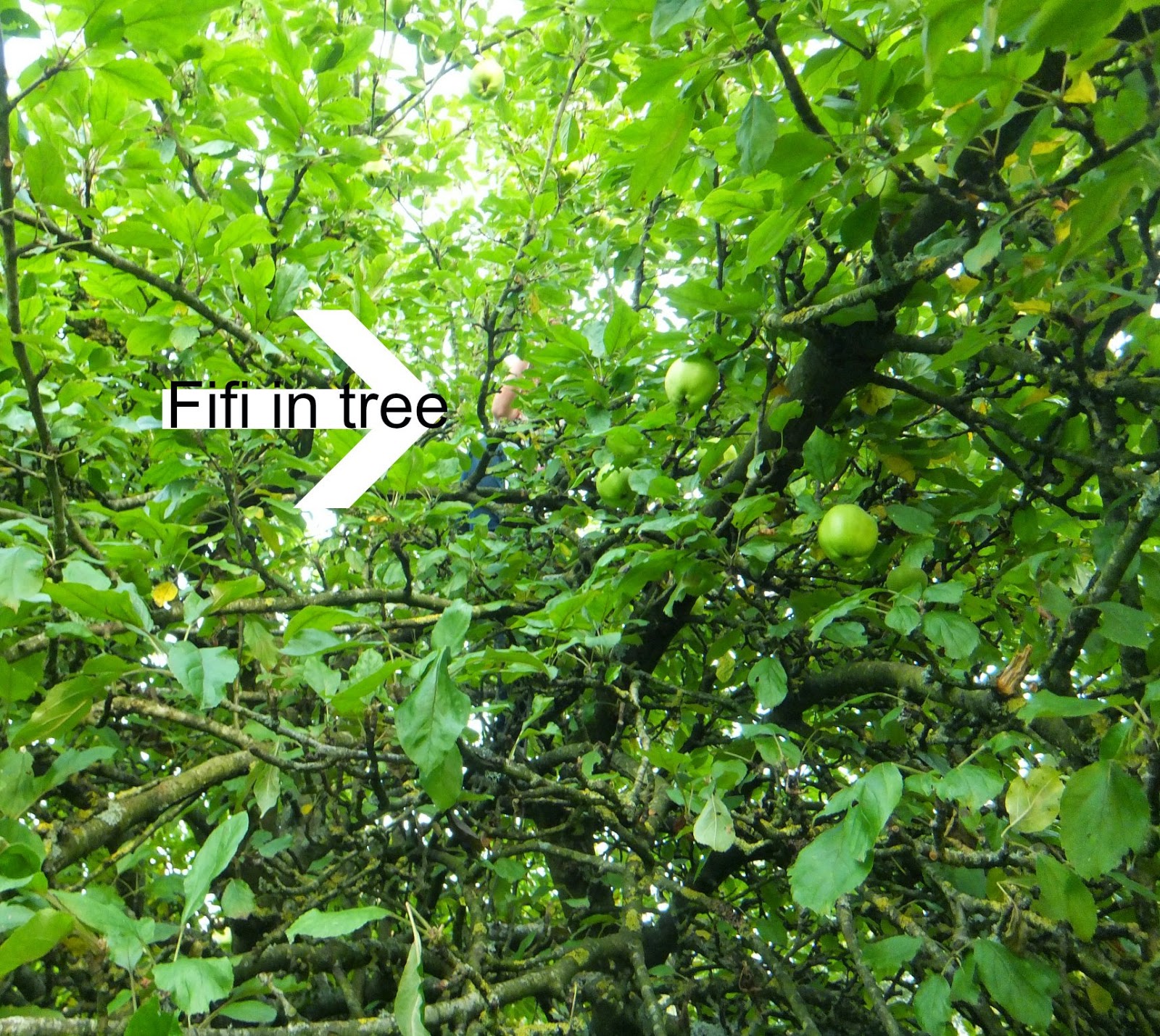 To keep Bob amused we gave him the very important job of looking after granddads walking stick, very useful for bashing down nettles.  He kept the stick busy and took it for a walk. 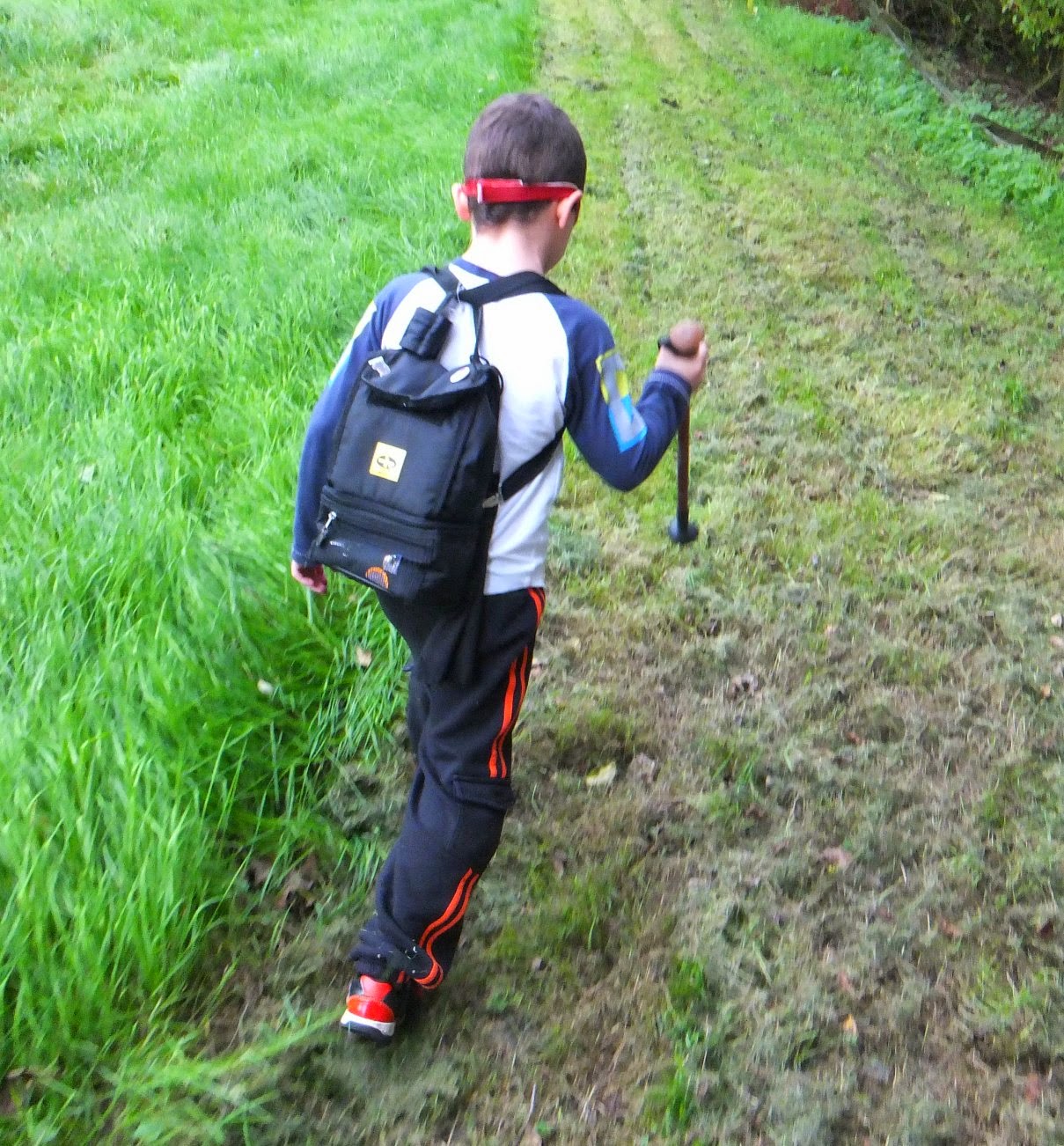 After the harvesting was over it was time for some fun. Fun today meant tree climbing, as young ladies of nearly twelve do. Have to say I spent a lot of my childhood climbing trees.

It was started to get dull now so we headed home for tea, but by then it was too late to start baking time I would have peeled and chopped apples etc. So they came back after school on Friday to do some baking. By which time I had pre cooked the apples and the blackberries had had a few minutes as well. We had three mixes, blackberries and apples on their own and a mixed batch of the two together.

They had decided the night before what they each wanted to ake so I made sure I had the right ingredients in to make it.

and then blackberry and apple crumble for each of us, but theses were still in the oven when I took them back down the road.

Great fun was had by all of us, and its nice to teach them about food.