The Air Show comes to Ayr

Last weekend was lovely weather wise and so made for a great day to go along and see the air show which was on locally. Bob was going along with Auntie H and M and so we decided it would be nice to meet up with them, and share the experience together.

this had been advertised as


We are very pleased that the Scottish Airshow has been revived after a 22 year gap and hope you will enjoy our 2014 format and the many exciting things we will bring to Ayrshire.
The FREE air display has currently 11 flying acts including the famous blades aerobatic display team – all ex-Red Arrow Pilots.

The highlight of 2014 weekend event has to be the FREE Airshow on Ayr’s Low Green on Saturday 6th September. The Low Green, will be transformed to include Funfair’s, Show Arena, Armed Forces Village, Futures Educational STEM, Classic Cars/Motorcyles, Simulators, BBMF, Red Arrows, Canadian Lancaster, Vulcan to the Skies Merchandising and more


So we met up in time to see the air display. and here are a selection of photos from that. The flying pictures were all taken by hubby as my camera is not good enough.

Here is Bob sat on Auntie H's shoulders watching the planes. The crowds were huge, but then as it was free and the weather was brilliant then no wonder. 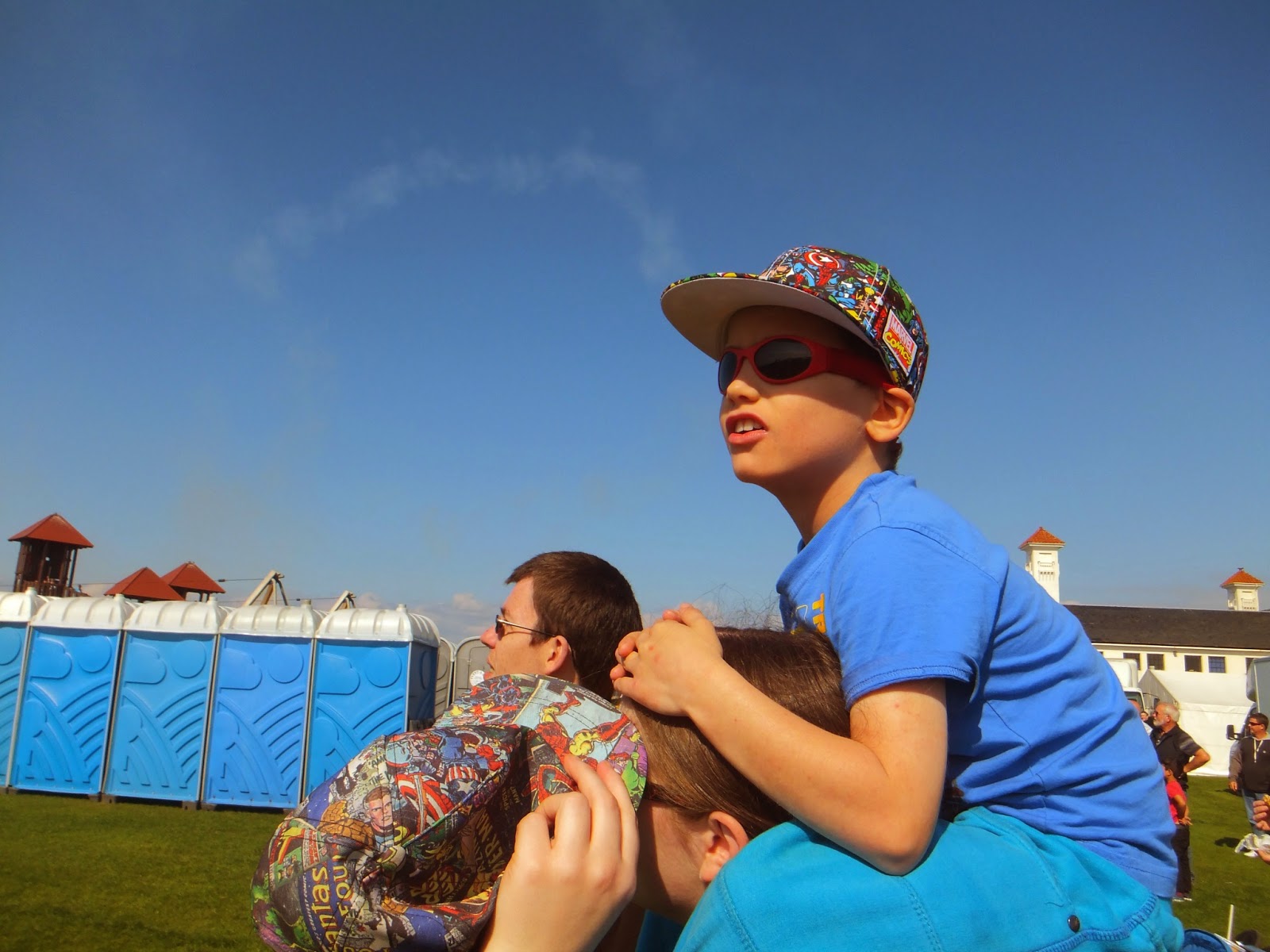 Bob was getting a bit bored by now so we decided to wander and see what else there was to see.


The biggest issue with it being busy was just that, the queues for everything were loooonnngggg. But Bob stood his turn and waited for the things he wanted to go in and on.


A great day was had by all. The weather could not have been any better. The only downside to it was that the only two flying Lancaster Bombers that were due to fly could not turn up due to bad weather down south, so we missed out on them. They were suppose to do a fly over from the airport at 10.15 on the Sunday instead, but were over half an hour late and so by then we had gone back in the house and missed them. OH did catch a glimpse as they flew over the front of the house but not enough to photograph.